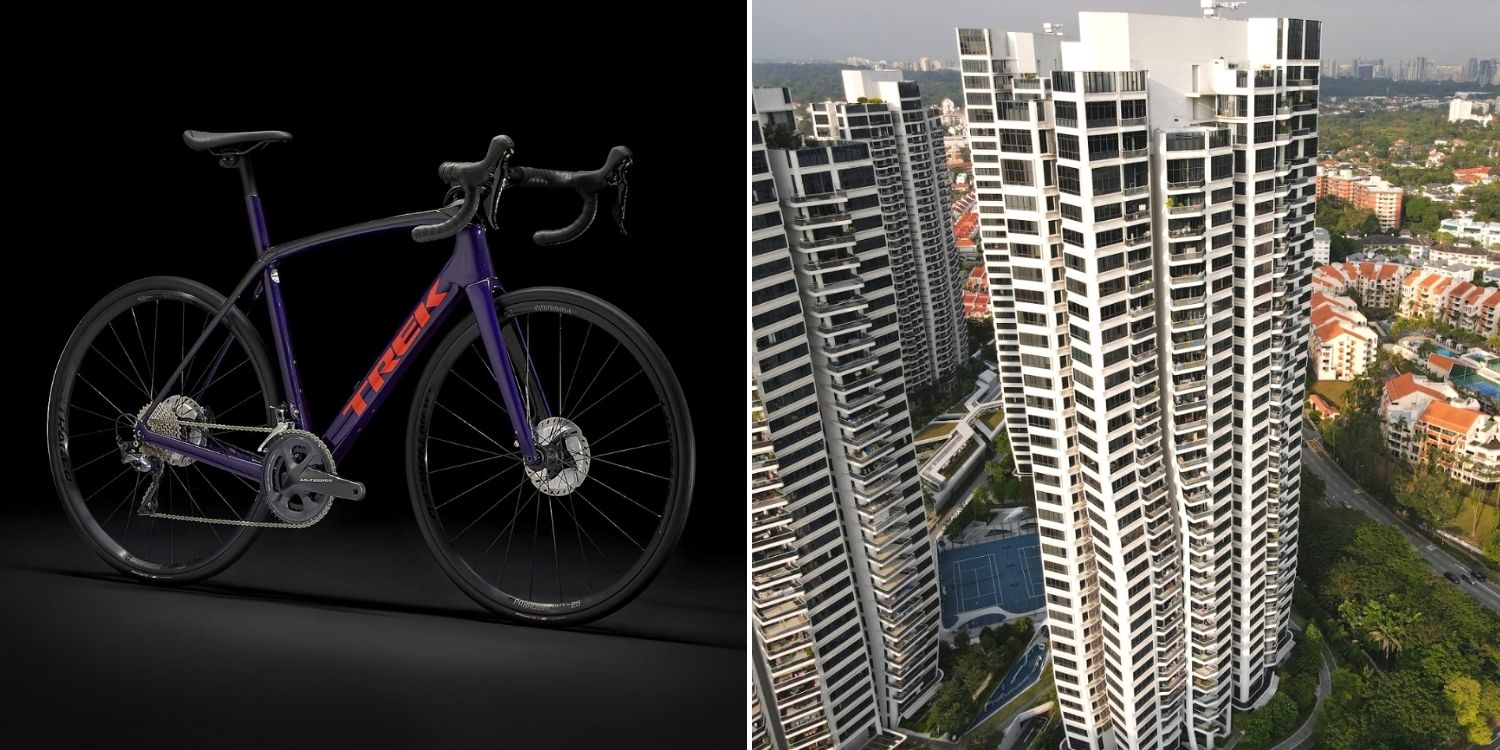 It was stolen in their basement.

UPDATE (11pm): Ms Pes has reached out to confirm that the bicycle has been found.

When something important to us gets stolen, we are often willing to fork out a sizable reward in hopes it can return to our possession again.

On Sunday (21 Mar), a netizen offered a $2,000 reward for a new bicycle that unfortunately got stolen. 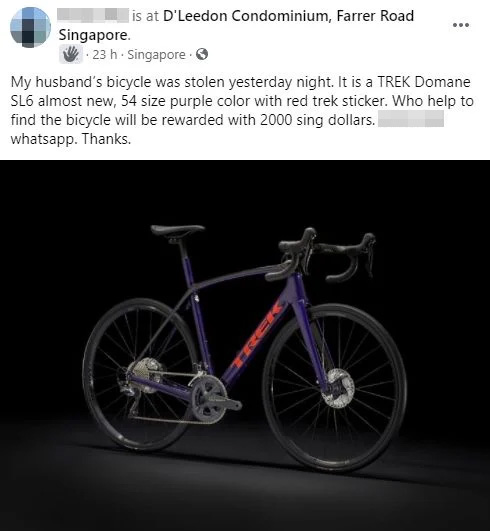 The bicycle in question is a TREK performance road bike that costs $4,099. The owner has already filed a police report.

The theft took place at their place of residence — D’Leedon Condominium at Holland Village. 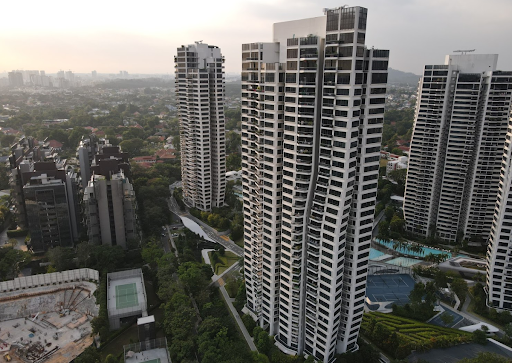 Responding to queries in the comment section, Ms Pes highlighted that the bike went missing in the condominium’s basement.

It’s unclear as to whether the thief had broken the locks to take the bicycle away.

The bicycle in question is a TREK road bike of the 2021 Domane SL 6 model. It’s mostly purple, with the word ‘TREK’ printed in red. The size 54 model currently costs $4,099 and is almost brand new, according to Ms Pes.

They are offering a $2,000 reward to anyone who can find the bike.

Meanwhile, they’ve filed a report both to the police, and their condominium’s estate management.

Ms Pes is asking the public, especially the cycling community to help keep a lookout for the purple bicycle.

We hope that Ms Pes and her husband can find their new bicycle soon, and that the bike thieves may receive due punishment.