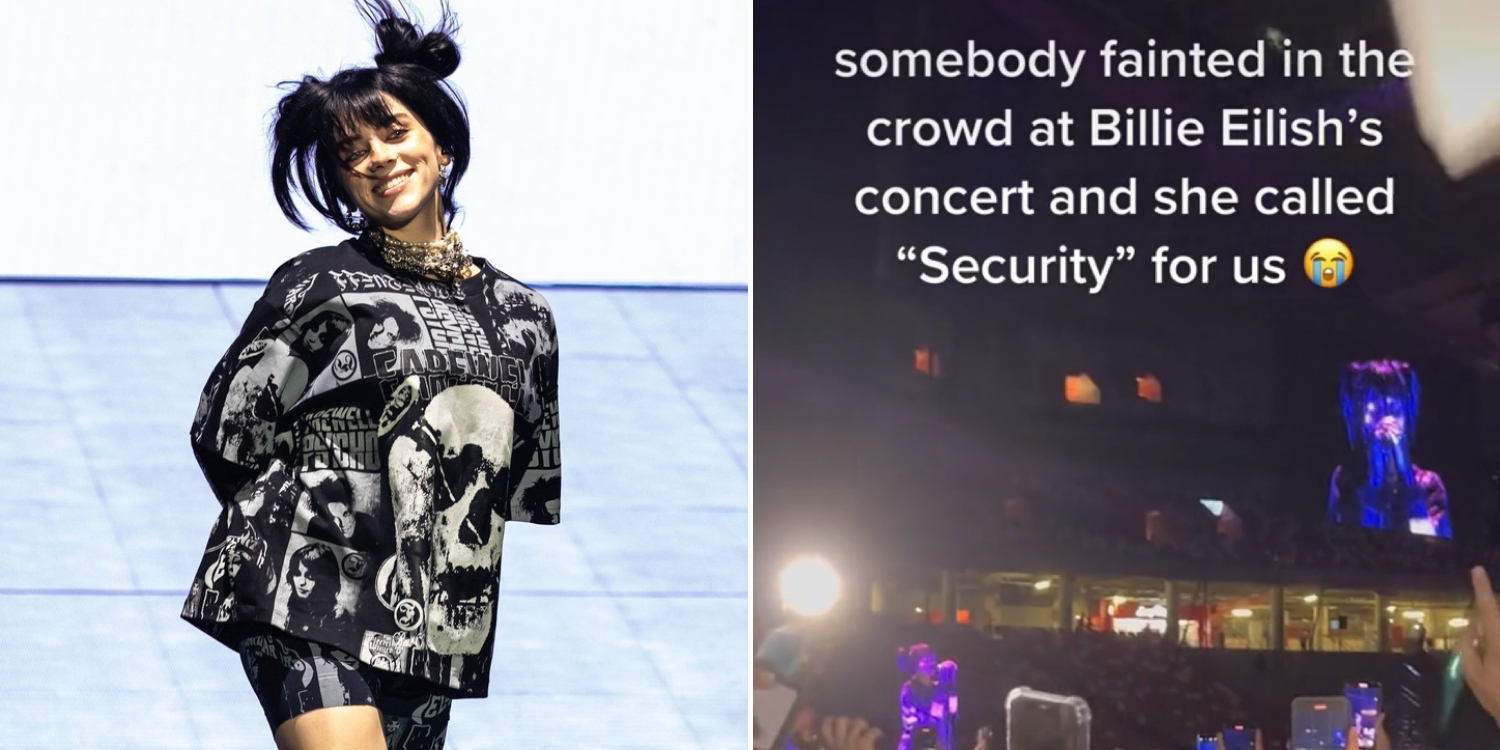 TikTokers said many audience members were fainting at the event.

As one of the biggest stars in the world right now, Billie Eilish is someone a lot of people look up to.

And the 20-year-old was able to show us exactly why she’s so deserving of her status during her recent concert in Singapore. 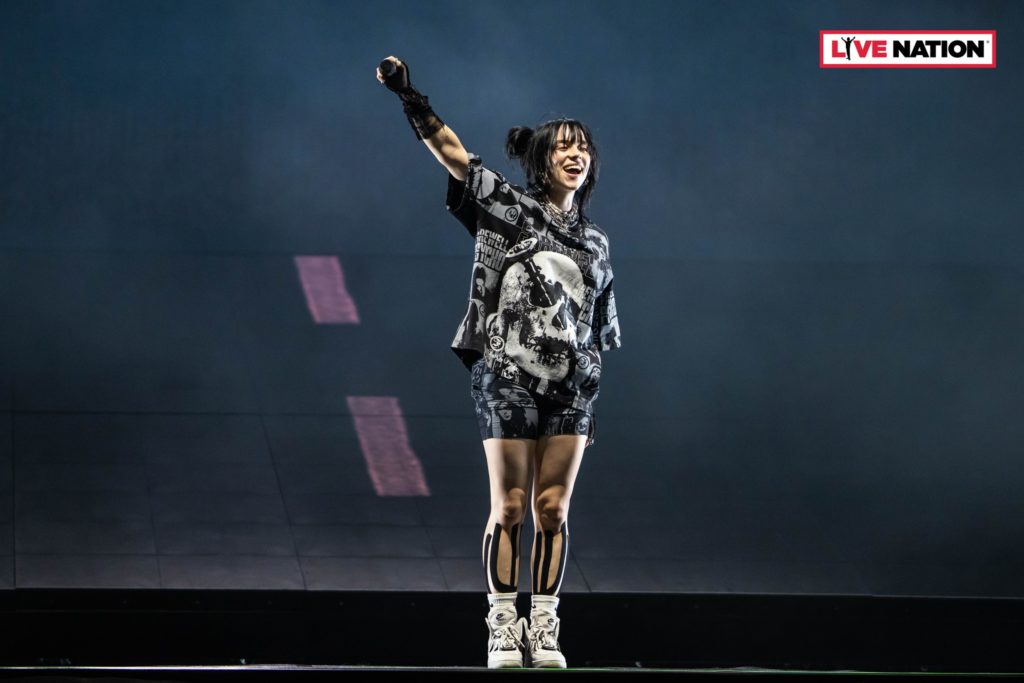 According to numerous TikTok videos, audience members passed out while they were in the standing pen area of the National Stadium.

Despite being in the middle of a performance on stage, Eilish immediately called for security to assist them.

Billie Eilish calls for security to assist fan during concert

TikTok user @lukeypham98, aka Luke, shared that somebody in the crowd passed out during Eilish’s concert at the National Stadium last Sunday (21 Aug).

i love you @BILLIE EILISH

In his short clip, fans can be heard calling out the singer’s name to get her attention.

Another video by TikToker @tihoney shows Eilish calling out for security halfway through a performance.

Several commenters pointed out that multiple fans were actually fainting at the Singapore concert.

One said that it happened a lot near the barricades.

It was apparently so bad that security personnel was “carrying people out” during almost every part of the event.

Paramedics also had to squeeze through the crowd to get to those who had fainted.

Some TikTokers said that the fainting was likely due to the heat and the fact that everyone was squeezed tightly together, not leaving much room to breathe. 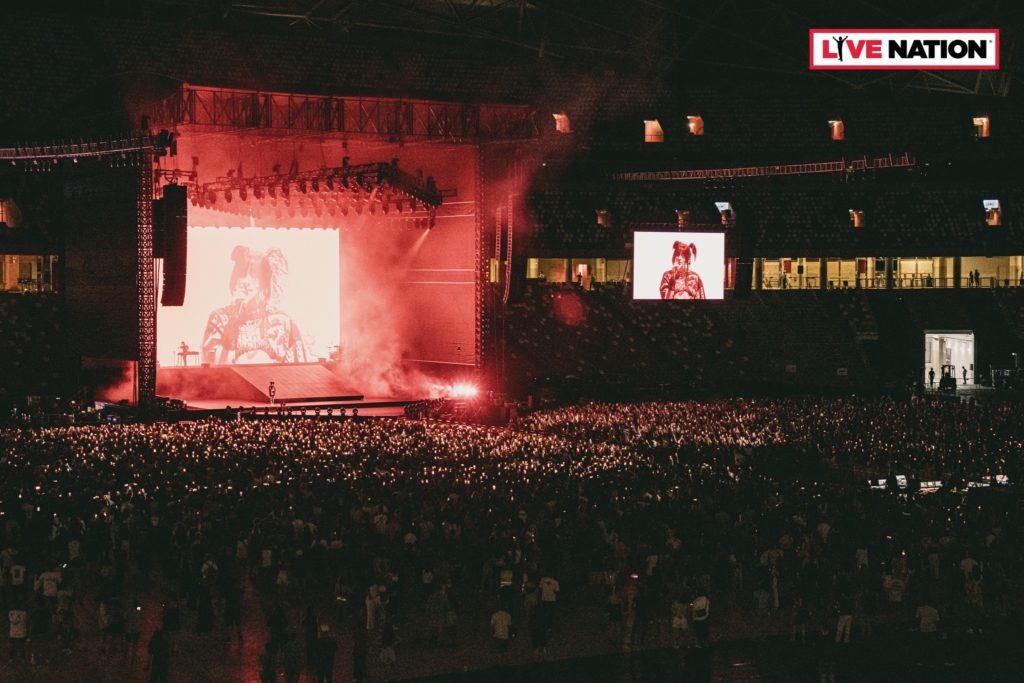 Back in March, a similar incident occurred during another of Eilish’s concerts when a fan passed out in the audience.

The singer also called for security and reassured the attendees that help was arriving.

Unfortunately, it looks like the fainting was just one of many issues at the concert.

For instance, some TikTok users lamented about being too far away from the stage.

As such, those who attended the event could not view Eilish clearly.

This was especially disappointing given the amount that fans had forked out for tickets.

Other netizens also said that prior to the start of the concert, there was poor crowd management. 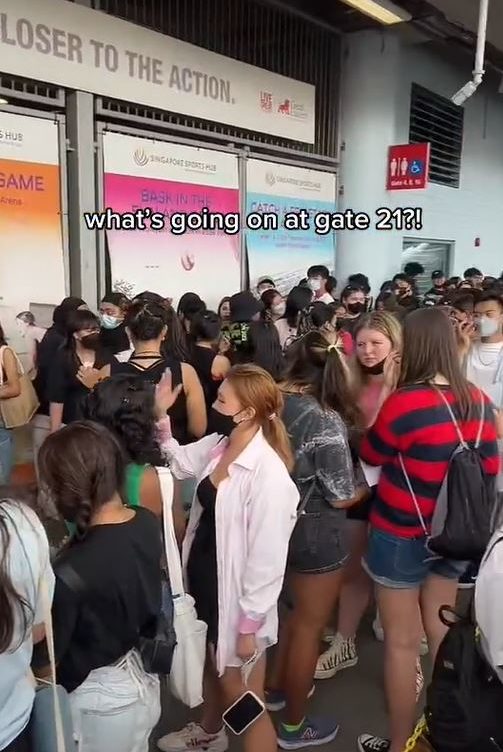 Some fans allegedly cut queues and the organisers’ system was not functioning well enough, causing a lot of confusion.

One user who arrived at the venue at 10.30am, hours before the 8pm show, claimed that some people who arrived later got better spots in the standing area.

Kudos to Billie Eilish for her prompt action

Performing often takes up a lot of one’s concentration, so we applaud Eilish for noticing what was wrong and offering her own form of help.

As for the other issues, we hope that the organisers will take the feedback into account and step up their systems and procedures for future events.

After all, every fan deserves to have a fun and smooth-sailing concert experience — especially after splurging so much on a ticket.