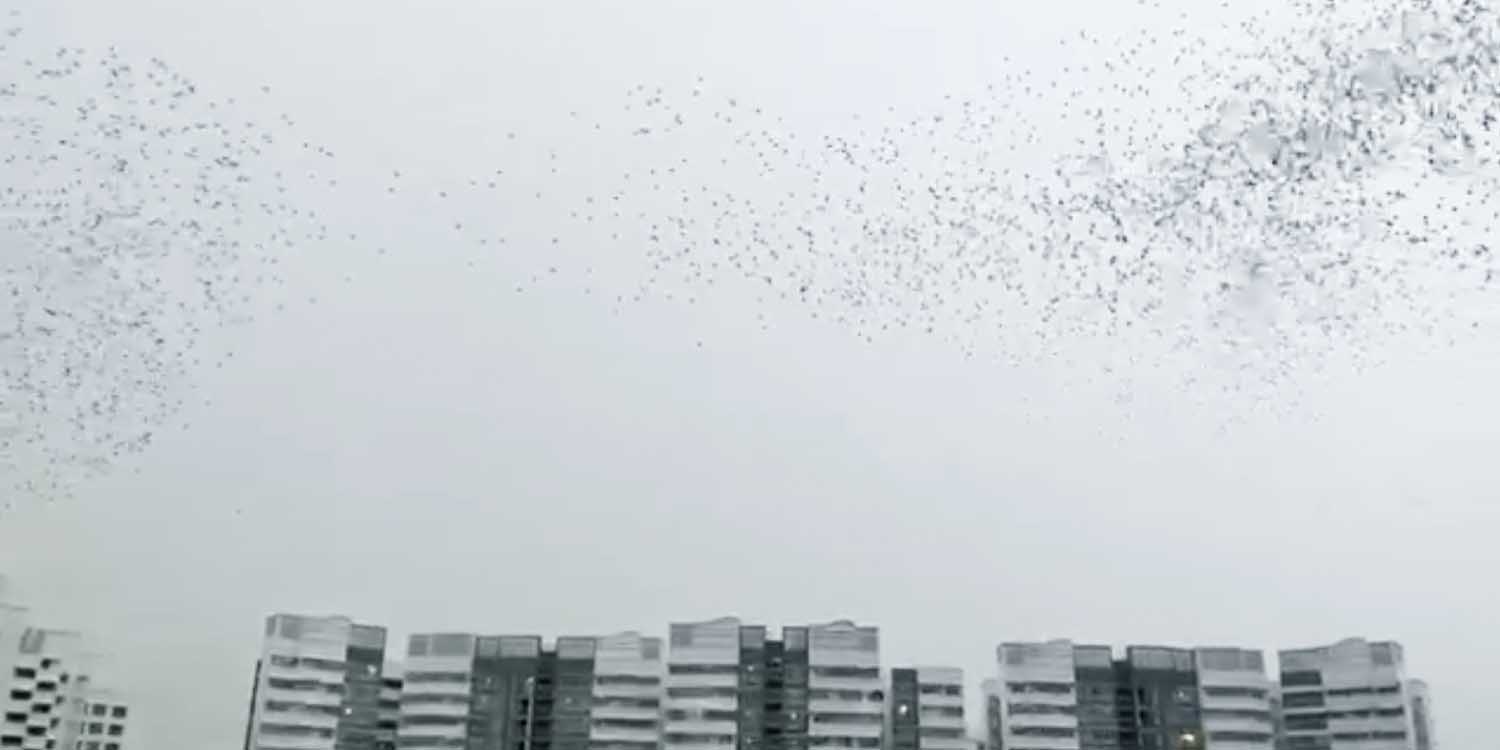 Singapore is a concrete jungle with high-rise buildings at every turn.

Nonetheless, we are also an island city home to highly diverse wildlife that we get to admire right from our windows sometimes.

On Sunday (3 Oct), Shin Min Daily News shared a video by a Sengkang resident of a flock of birds ‘dancing’ across the skies.

It was truly a sight to behold that left many netizens mesmerised and curious about the phenomenon.

Flock of birds ‘dance’ across sky in Sengkang

On Friday (1 Oct) evening, a resident at Sengkang 318A Anchorvale Link looked out their window and was surprised when they saw a large flock of birds ‘dancing’ across the sky.

Amazed, the resident whipped out their phone and captured a 40-second video of the magnificent sight.

In the video, the birds can be seen flying in different winding formations, as if putting up a performance of sorts.

Eventually, the large group converged together and flew off. 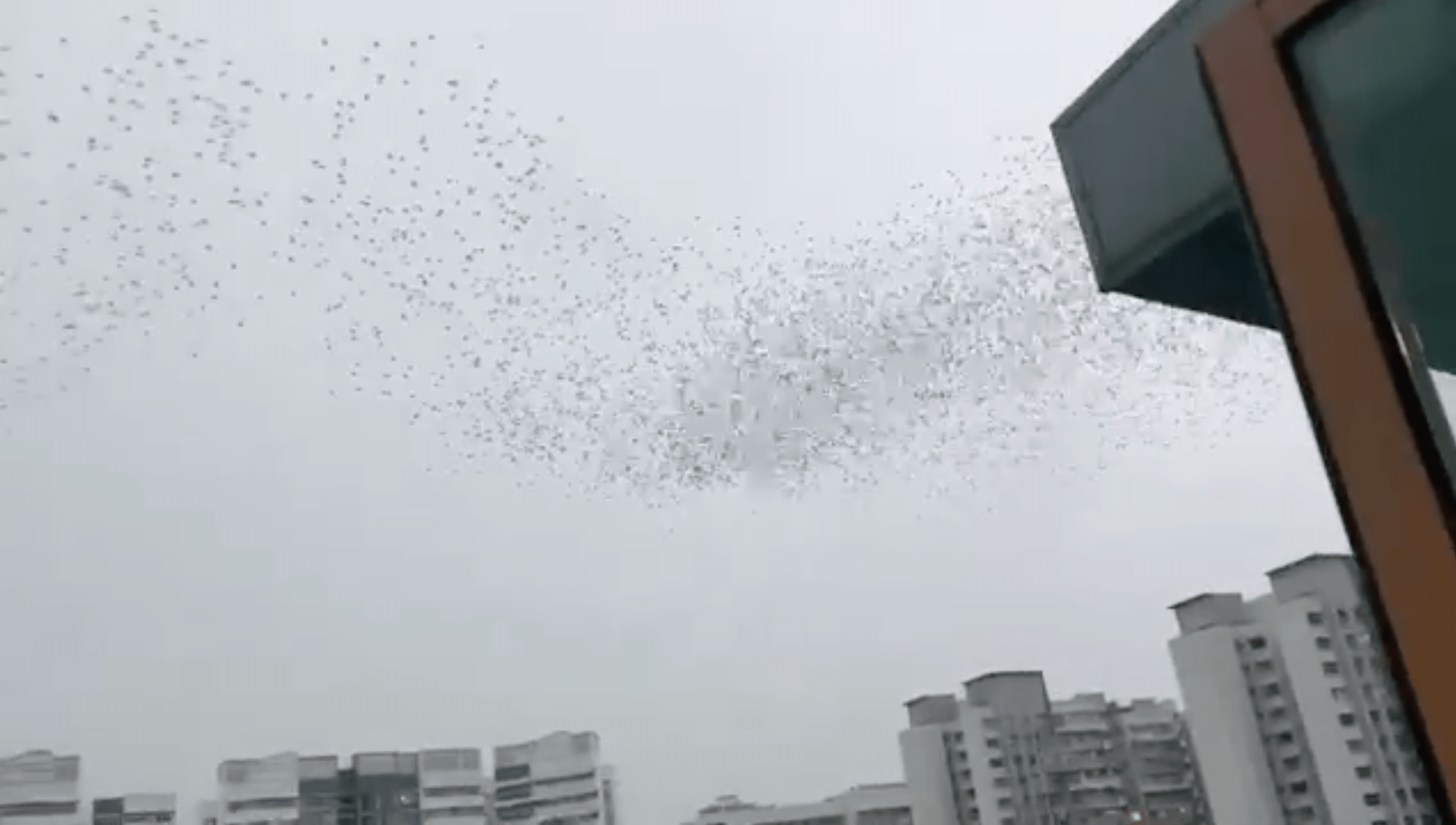 Speaking to Shin Min Daily News, the resident shared that this was the first time he witnessed such a spectacular and rare sight.

Many netizens were mesmerised at the majestic sight. This netizen marvelled at what a wonderful scene it was to see the birds flying and singing freely.

Translation: The birds are flying and singing freely in the air!
Source

Some netizens shared that they too have seen such birds outside their house, especially in the evening.

A few other netizens also joked that the birds almost seem to be migrating in large groups, probably after seeing how serious Covid-19 was getting here.

Starlings are common visitors to Singapore

These birds appear to be Starlings. They are often seen weaving through the air, flying in formation.

Studies have shown that these fascinating birds each coordinate their movements by looking at their nearest 7 neighbours. 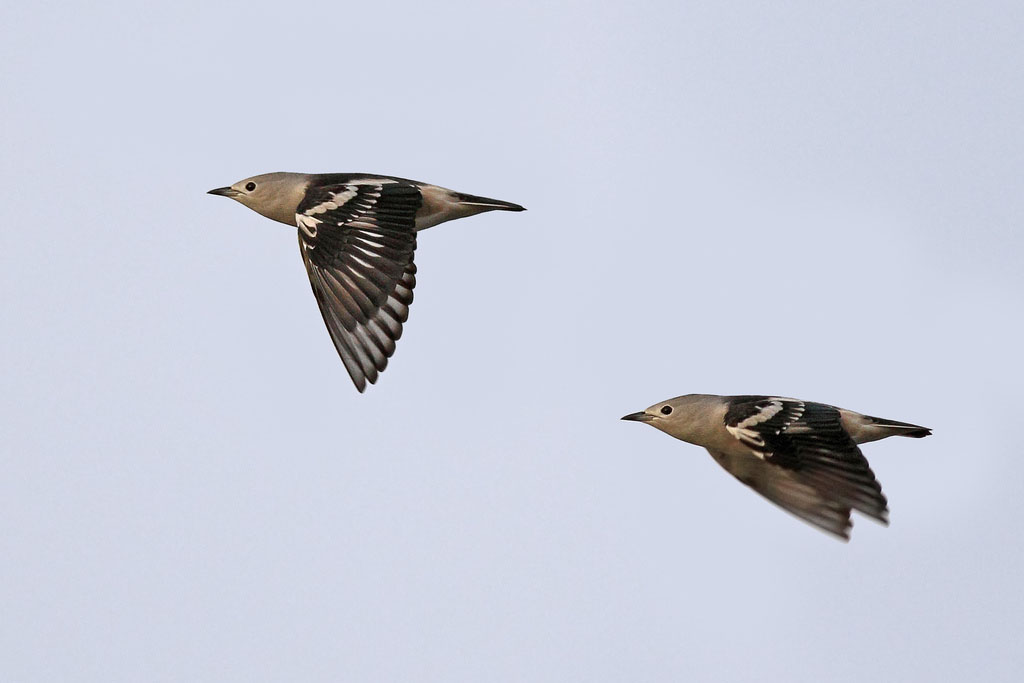 This leads to a fluid synchronised movement, not particularly led by any leader.

They often stay within the group and travel in large flocks.

These migratory birds are common visitors to Singapore in winter.

According to Singapore Bird Group, flocks of Daurian Starlings typically start arriving in Singapore in the hundreds in late September.

A rare and incredible experience

What an experience it must have been to catch such a sight right outside your window.

Have you ever seen such a ‘performance’ by the Starlings? Share with us in the comments.