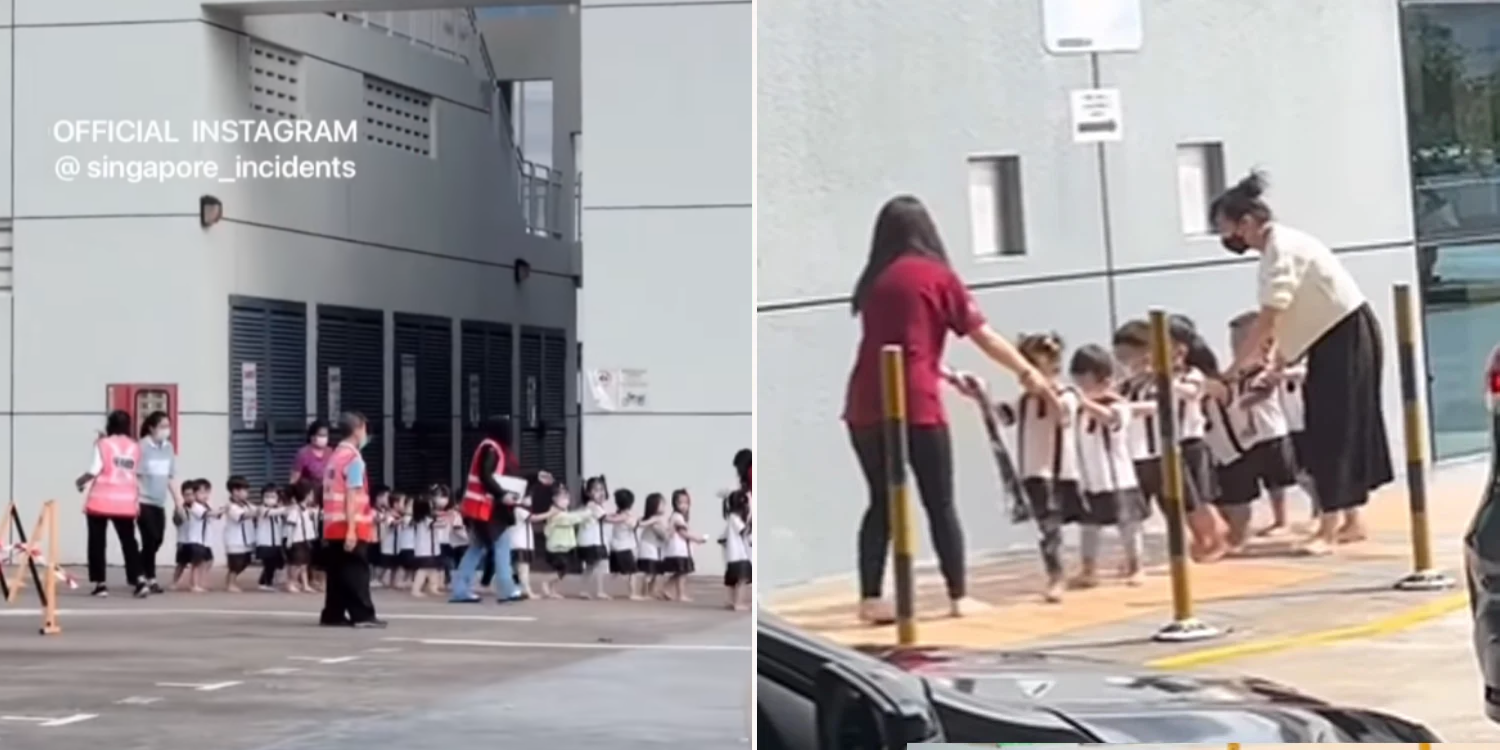 Many pointed out the preschoolers won't have time to remove their shoes in a real emergency.

When we see the vulnerable members of our community in a precarious position, our gut instinct is usually to air our concerns. However, in some cases, such positions may not be as dangerous as people think.

Recently, a video showing a group of preschoolers walking barefoot in Bishan for a fire drill went viral. The OP of the video was understandably concerned, due to the heat of the day.

Some netizens, however, pointed out that the preschoolers might not have the time to put on their shoes in the case of an actual fire.

On Friday (1 Jul), a netizen posted the clip to the Singapore Incidents Facebook page. 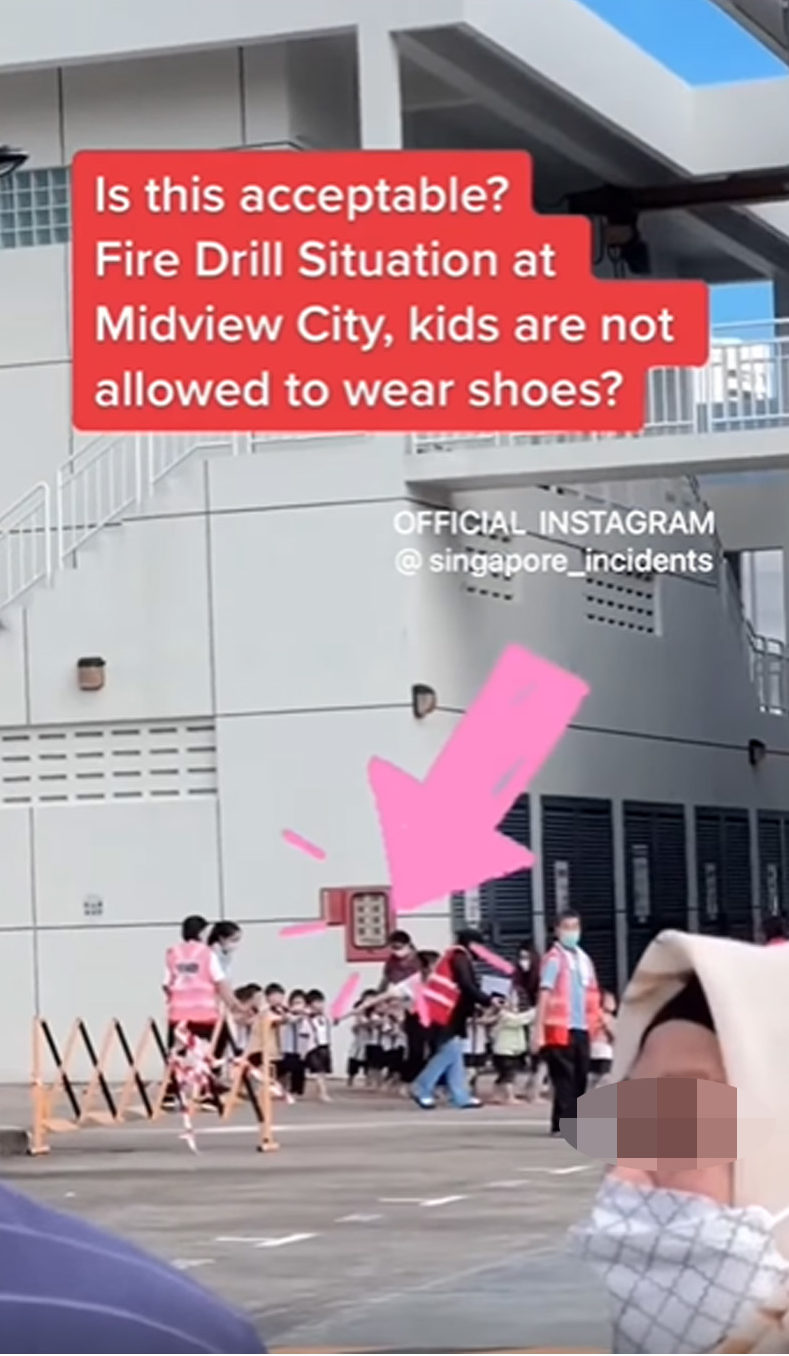 In the clip, a group of preschoolers were seen walking outdoors without any footwear. 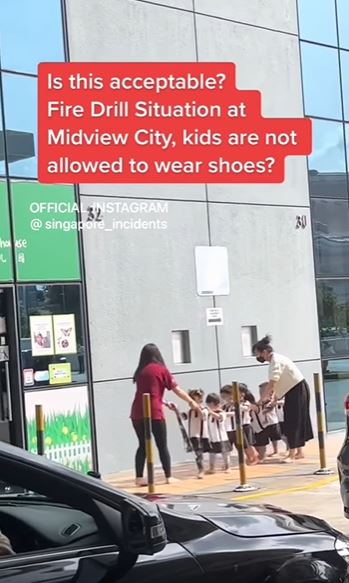 A few ladies dressed in maroon, presumably the teachers, then led them along the pavement to the doorway of Little Green House, a preschool located in Midview City. 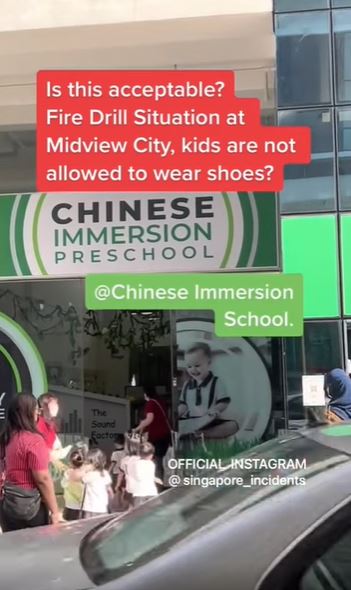 At the end of the video, a few adults stepped forward to inform the teachers of the dangers of letting preschools walk around barefoot under the hot sun. Netizens offer another point of view

At first glance, the incident appears rather concerning — walking around with bare feet on a sunny day does seem dangerous, especially for young children.

However, many netizens offered a different perspective on the situation.

This user pointed out that if there is a real fire, the preschoolers would likely not have the time to wear their shoes and evacuate. 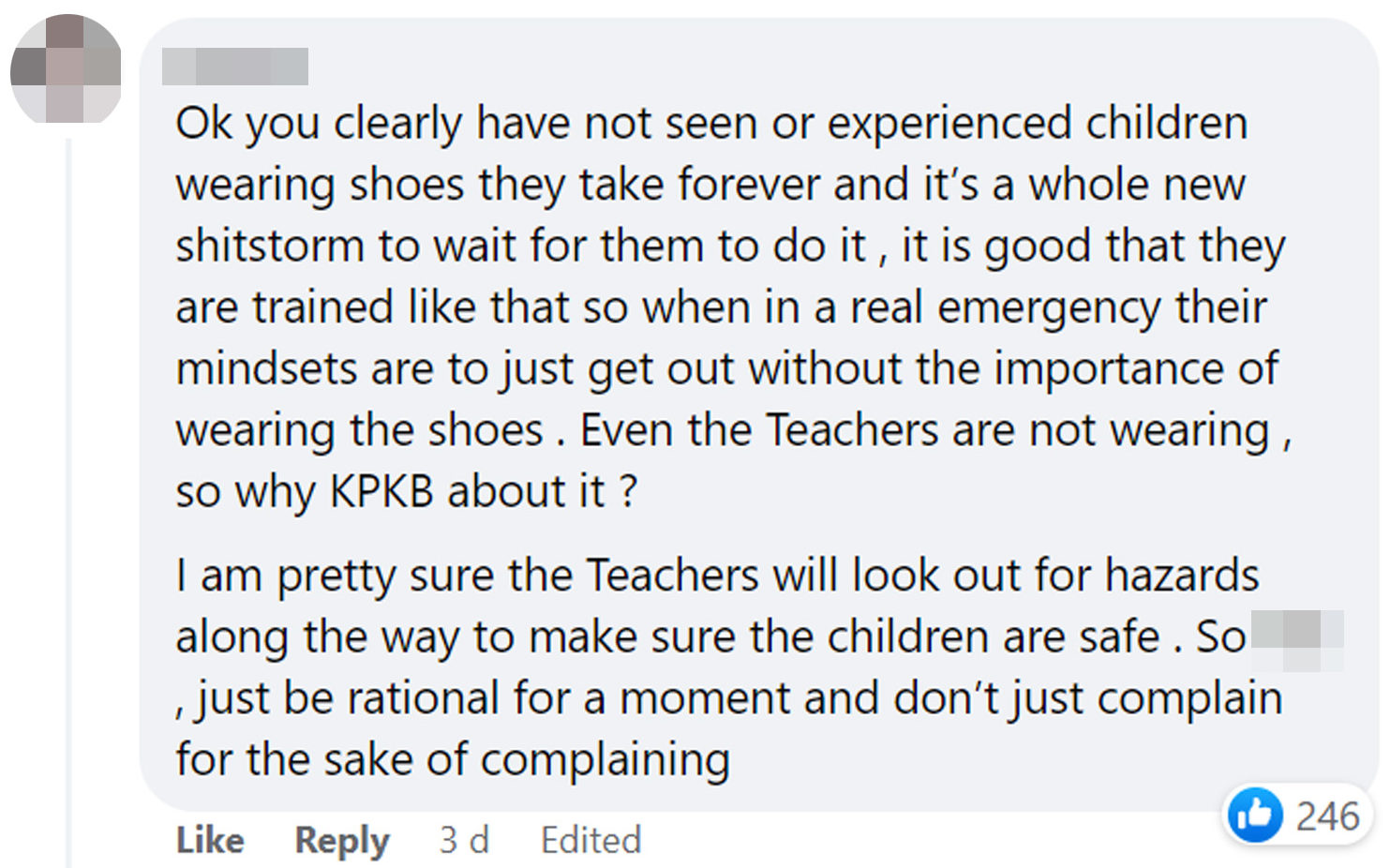 Training them as such during fire drills, therefore, instils the urgency of evacuation into them.

Fire drills are also supposed to simulate life and death situations. As such, letting the preschoolers take their time to put on shoes could somewhat defeat the purpose of the drill.

It is only natural to react defensively to a situation where we perceive more vulnerable members of our community to be at risk.

These drills may seem harsh at first glance but will go a long way in ensuring children realise the urgency of reacting promptly to emergencies.

At the same time, the parents’ concerns are understandable — we hope the kids were not left to stand barefoot in the sun for too long.

This Firm Is Hiring Someone To Travel Australia & New Zealand To Create Content, S$4K Salary Offered