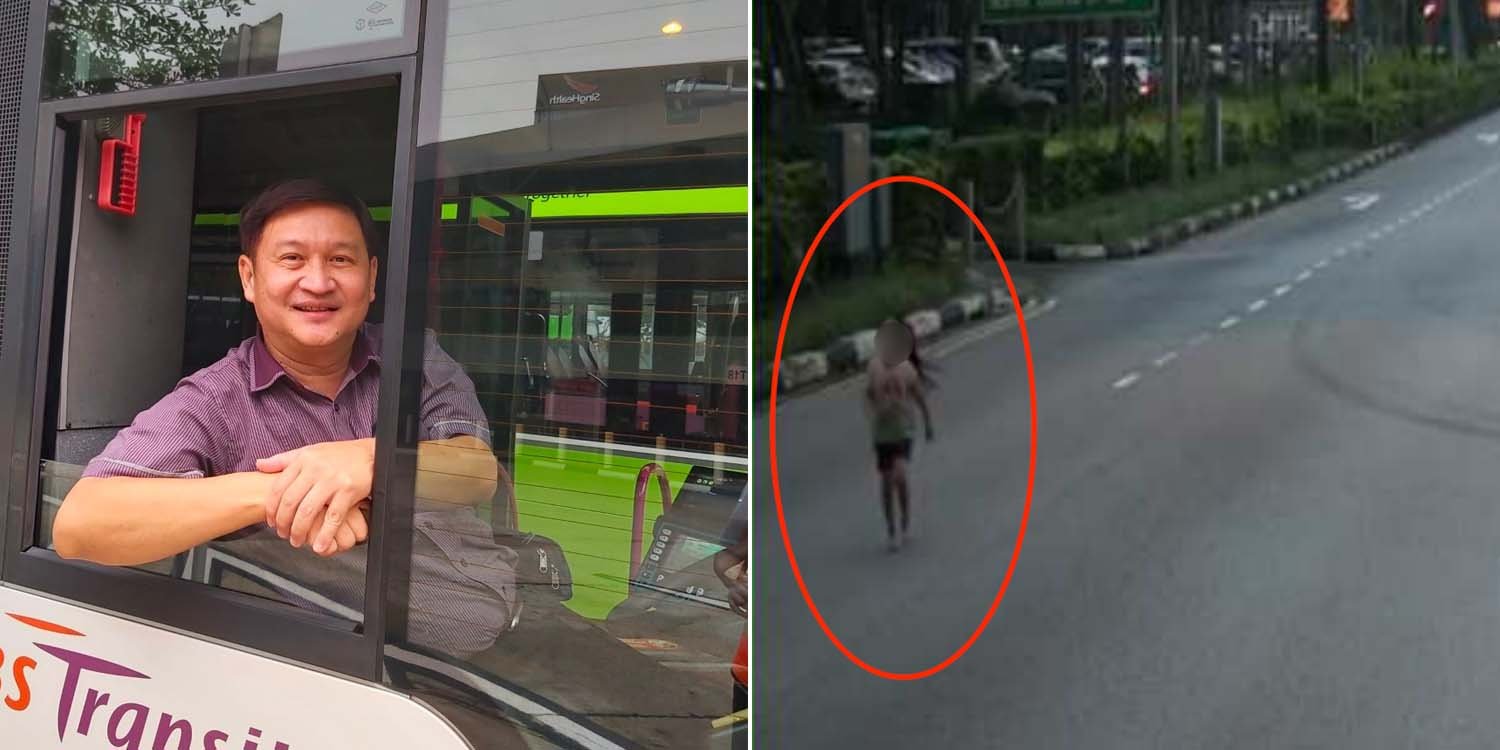 The child was reunited with her family.

It’s only understandable for parents to watch their young children like a hawk when they’re outdoors. However, it only takes a moment for them to get into a dangerous situation.

On Tuesday (12 Apr), SBS Transit shared how one of their bus captains rescued a child who was wandering dangerously on a road alone. 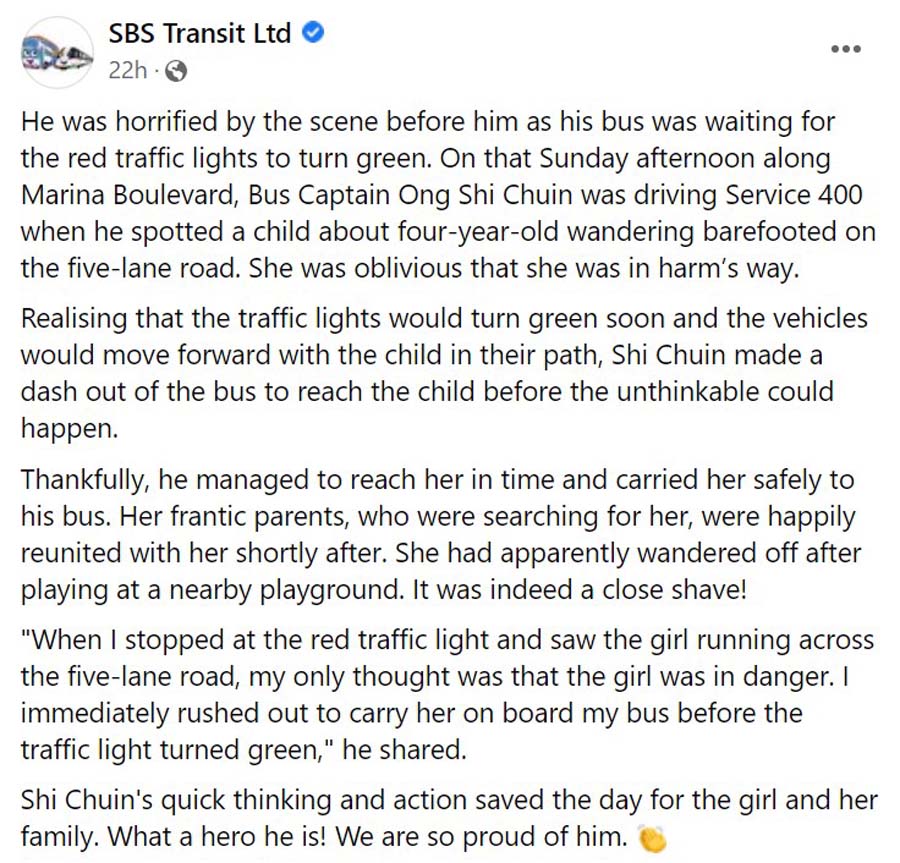 Thankfully, the child was eventually reunited with her worried parents.

According to the Facebook post, SBS Transit captain Ong Shi Chuan was driving his service number 400 bus along Marina Boulevard on a Sunday afternoon.

While waiting for the traffic light to turn green, Mr Ong came across an alarming sight.

A 4-year-old girl was apparently roaming the 5-lane road by herself, completely unaware of the precarious situation she was in. 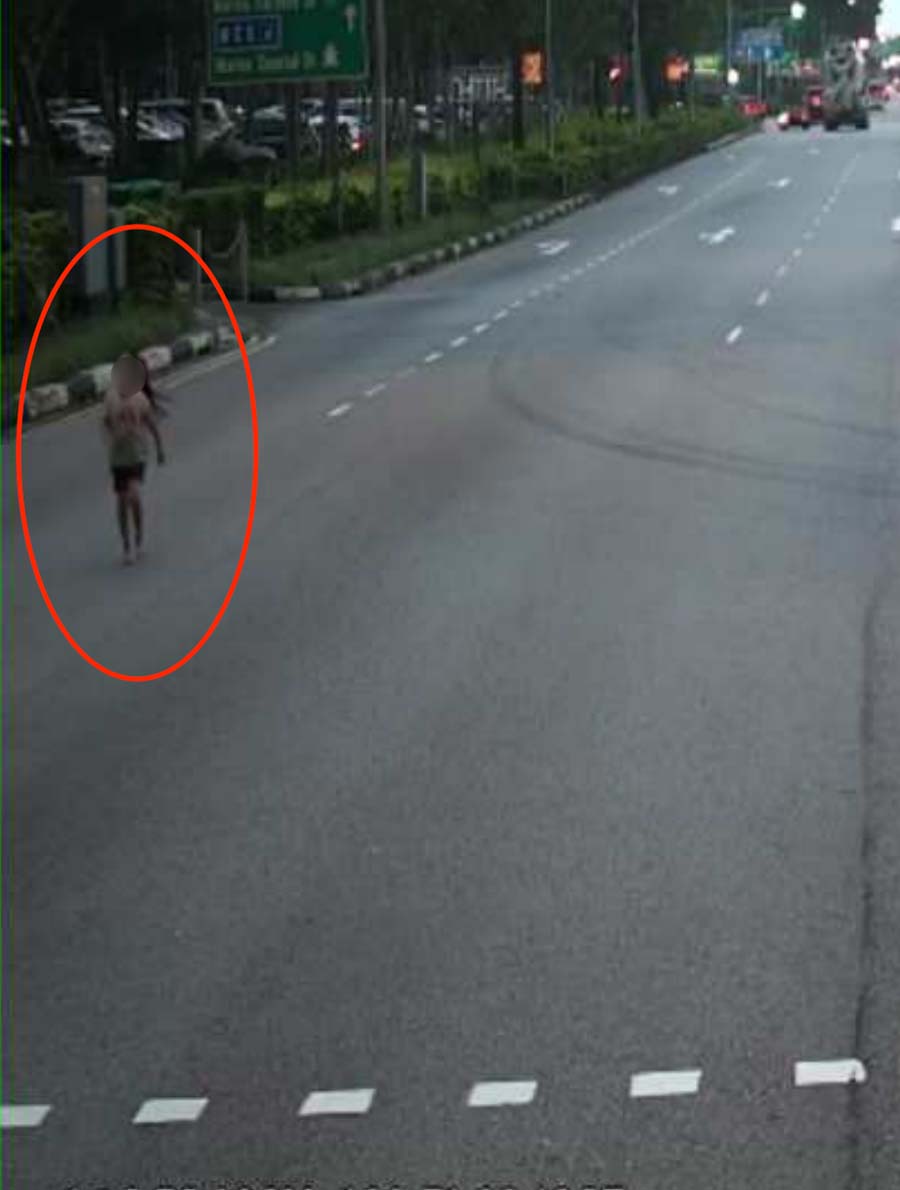 Recognising the potential danger that the child was in, Mr Ong rushed out of the bus to rescue the child. He carried her back to the bus, where it was safe, and out of harm’s way.

When I stopped at the red traffic light and saw the girl running across the five-lane road, my only thought was that the girl was in danger.

While keeping the child safe, Mr Ong spotted the girl’s frantic parents and helped to reunite the family. 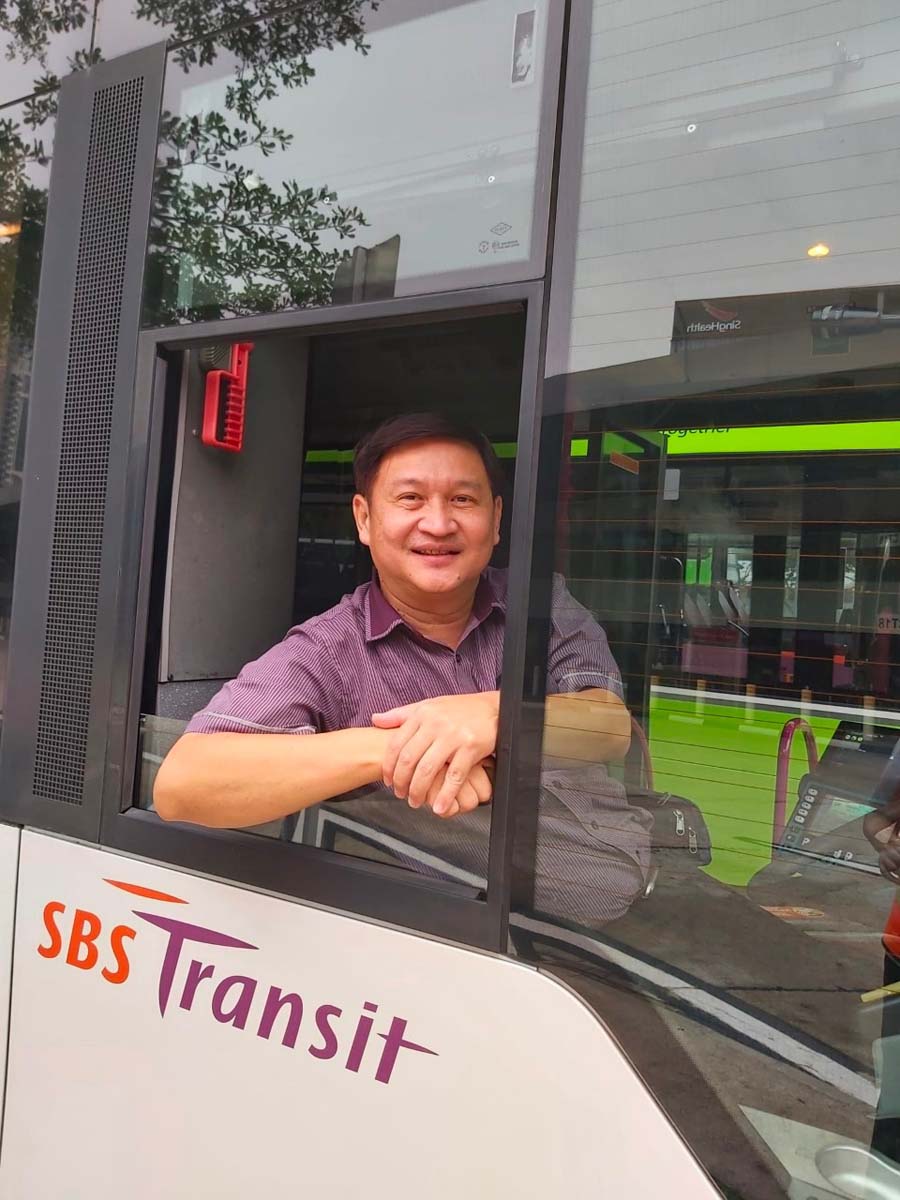 According to the post, the child was playing at a nearby playground and somehow ended up wandering toward the road.

Fortunately, the child returned to her family unscathed, thanks to the bus captain’s swift response.

Glad the 4-year-old is safe

While the situation that the girl found herself in was indeed concerning, we’re happy to learn that the child was not harmed or injured.

Kudos to the bus captain for his quick thinking and for leading the child to safety.

Hopefully, the incident will remind the girl’s parents to always keep a watchful eye on their young child when they’re out and about.