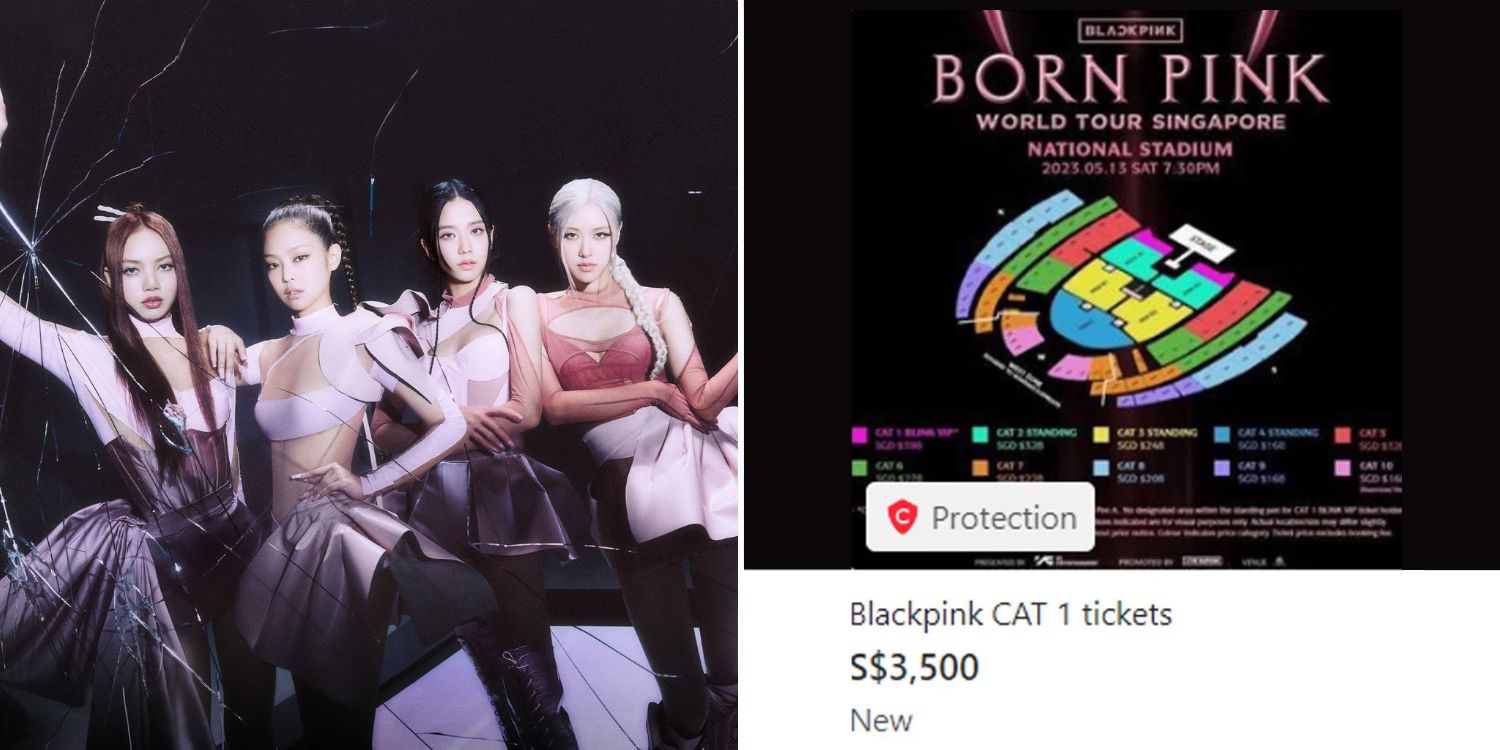 This that scalpers' venom.

Scalpers Resell Blackpink Concert Tickets For Up To S$3.5K On Carousell

As one of the biggest girl groups in the K-Pop scene, Blackpink has gained much international recognition. It is only natural to expect demand for their concerts to be high — and scalpers to take advantage of it.

Earlier this year, Live Nation Singapore announced that Blackpink will be arriving at our shores for a concert on 13 May 2023. General sale of tickets started today (24 Nov), and have already been sold out.

Scalpers have since begun to resell them at staggering prices of up to S$3,500.

Tickets for Blackpink concert sold out

According to Live Nation, general sales for Blackpink’s concert on 13 May 2023 at Singapore’s National Stadium began on Thursday (24 Nov). 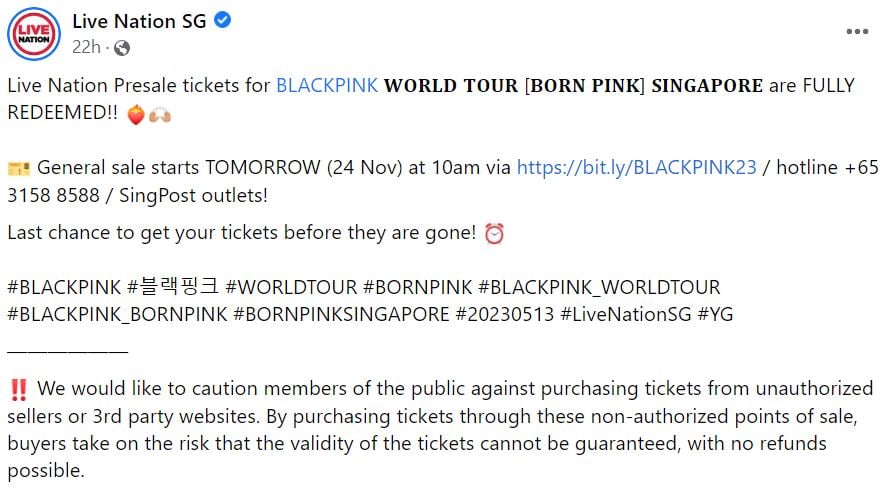 Ticket prices ranged from S$168 to S$398, the highest of which granted fans access to Category 1 seating at the stadium.

A quick check at their website, however, revealed that tickets are no longer available. Despite general sales having opened up just today, the concert has already fully sold out.

Evidently, scalpers took this as an opportunity to make some quick cash, just as they have done countless times before.

One seller even sold tickets at S$3,500, nearly ten times the original price, although they seemed to have taken the listing down. 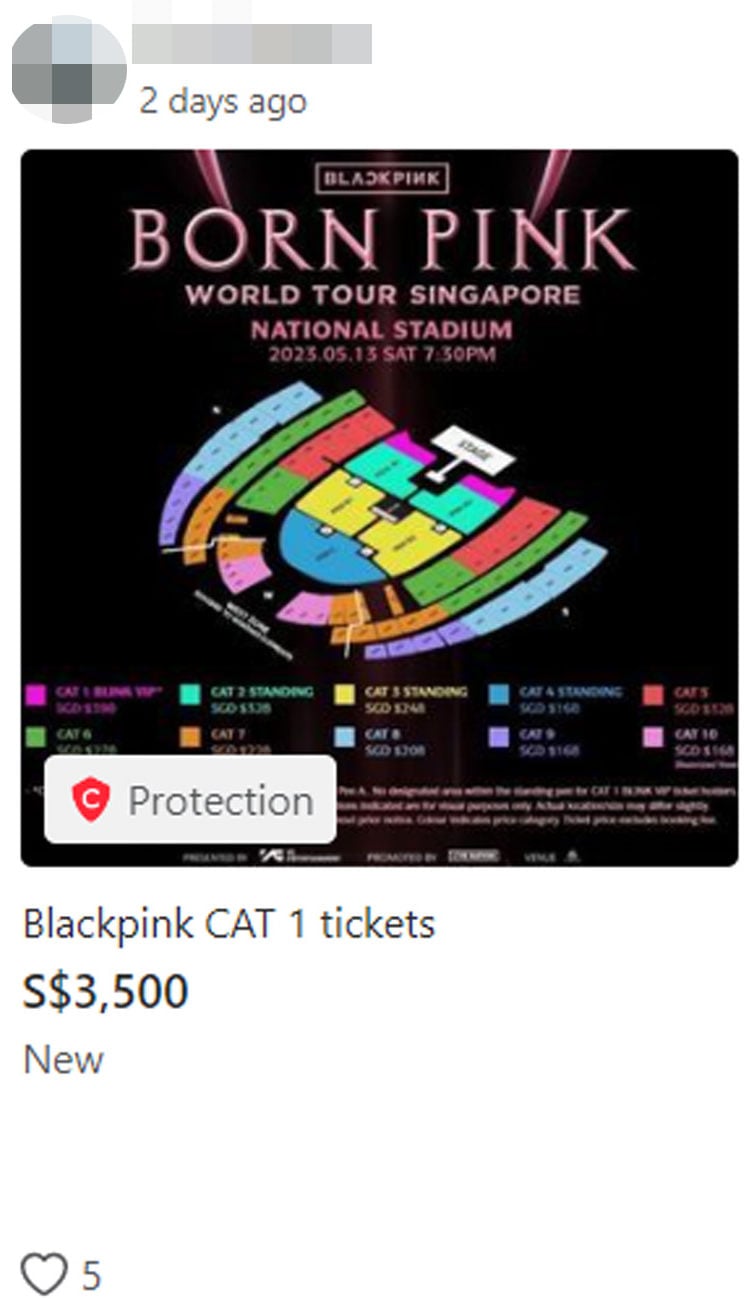 Despite the ridiculously high pricing, some scalpers were successful in selling the tickets. One lucky Carouseller managed to sell three Category 1 tickets for S$1,100 each.

Another seller sold out six tickets at the same price in a single listing, promising to return with more.

Users seemed to have left positive reviews, thanking the sellers for a smooth transaction.

Featured image adapted from Live Nation on Facebook and Carousell.