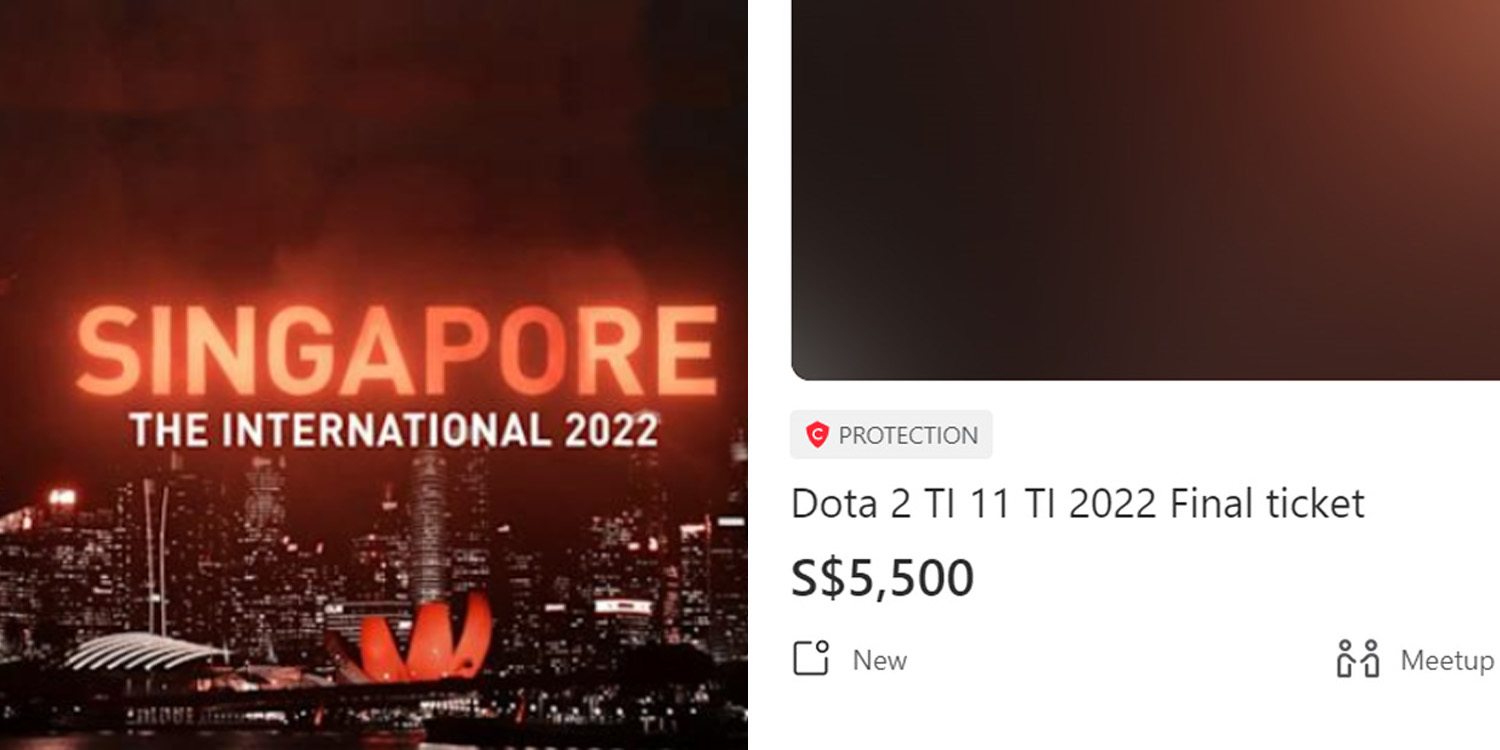 Tickets to the event sold out within 20 minutes.

The International is Dota 2’s most prestigious esports championship, with many players yearning to attend it.

When Singapore became the next venue for its 11th instalment, tickets sold out instantly.

Soon after, scalpers began to sell tickets to the event at over S$5,000.

Unhappy with the skyrocketing prices, fans are now demanding Ticketmaster, the official site for tickets, to look into the issue.

Ticket scalpers for Dota 2: The International sell at over S$5,000

In a tip-off to MS News, a reader shared that scalpers are selling tickets to Dota 2: The International 11 at exorbitant prices. The reader clarified that Ticketmaster’s terms and conditions do not allow such resale of tickets at high prices.

Despite this, numerous scalpers are now attempting to sell tickets to the event, with prices starting from S$800. The average prices of the tickets resold on Carousell are around S$1,000 to S$2,000.

Here’s how much the tickets actually cost. 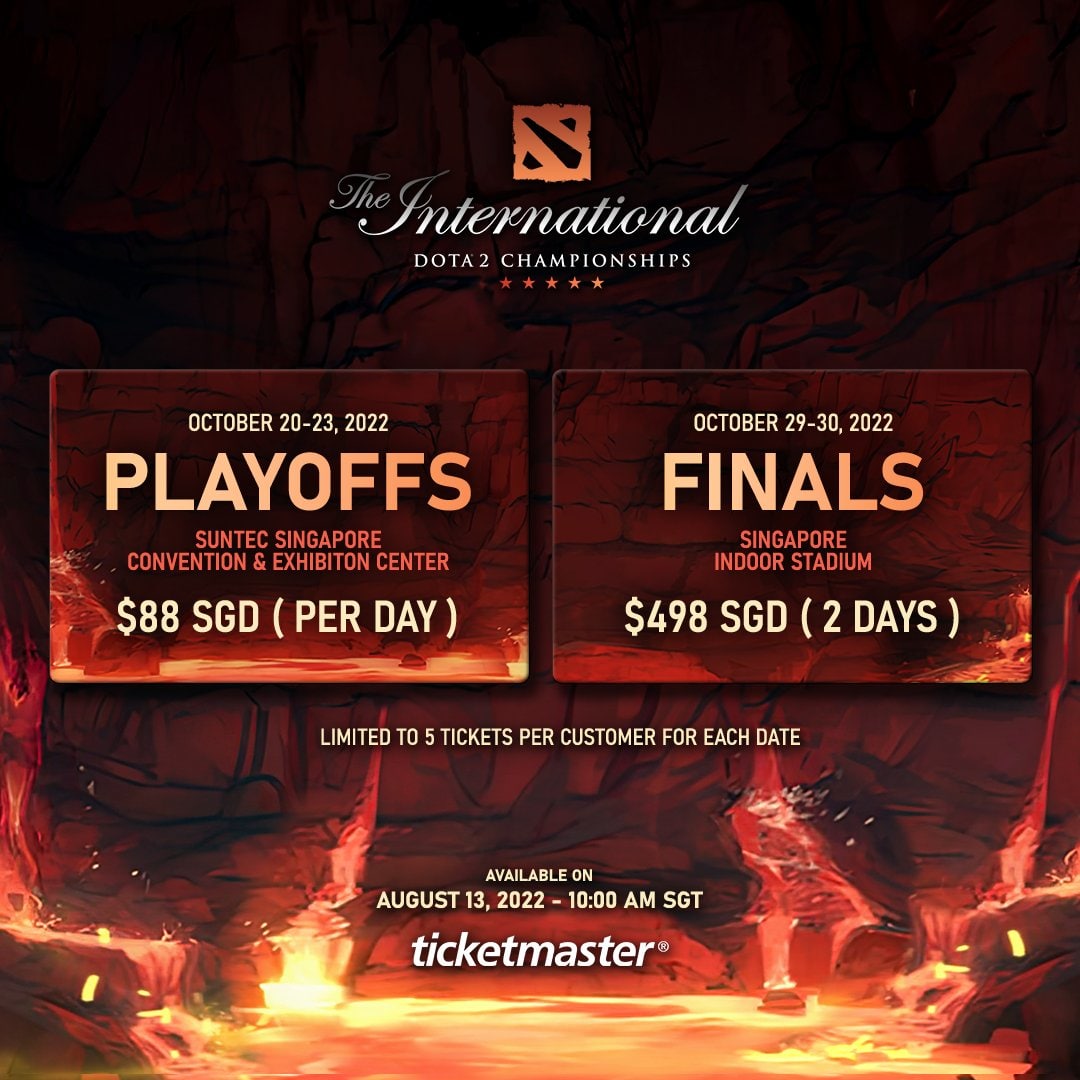 However, one user was spotted selling tickets for a whopping S$5,500 — well over the original price of S$498.

This is not an isolated incident either, as numerous similar listings show scalpers marking their tickets up by more than 100%.

The reader urged Ticketmaster to take action. For instance, tagging tickets to a mobile phone number would give everyone a fair chance at entry.

MS News has reached out to Ticketmaster and Carousell for comment.

Singapore is the first Southeast Asian country to host the event live. The annual competition also holds the record for the biggest prize pool in any esports single tournament.

According to Geek Culture, tickets for the event sold out within 20 minutes.

An event as big as Dota 2 would obviously lead to stiff competition when securing tickets.

Even so, scalpers engage in an unfair practice that deprives true fans of the championship a chance to see it live.

Hopefully, Ticketmaster and Carousell will take action to ensure all members of the community get a fair chance at obtaining a ticket.

Featured image adapted from Dota 2 on Twitter and Carousell.