Must Share News – Independent News For Singaporeans
Home People Community Blind Uncle At Redhill Gets Free Meals From Charity, Has Other Help... 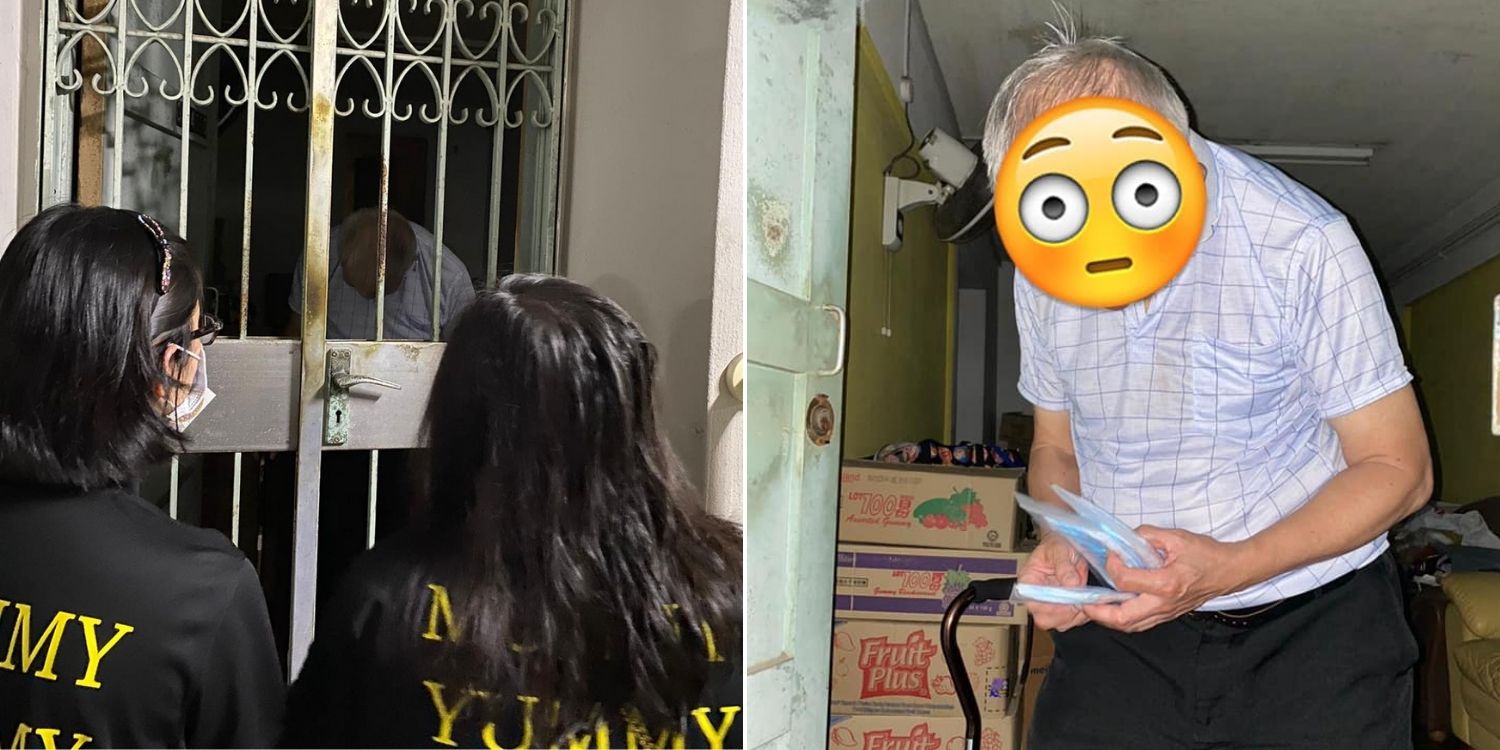 When the story of a kind soul helping a blind uncle he met in Redhill surfaced, the Internet was abuzz with queries and comments from concerned netizens.

Acting quickly, however, was charity group and restaurant Mummy Yummy, who gathered a few volunteers for a surprise visit. 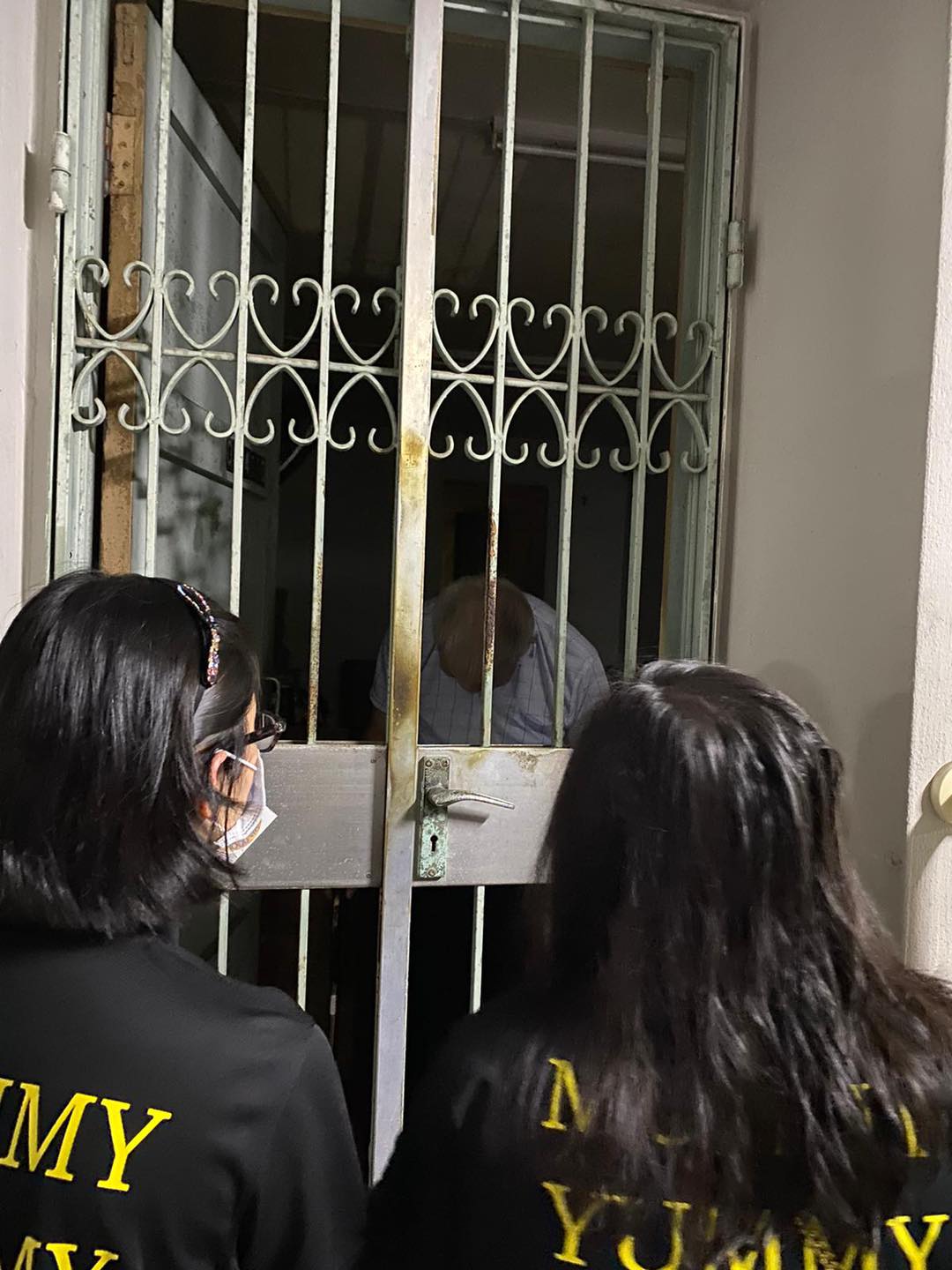 Dropping by the uncle’s home earlier today (3 Dec), they learned more about his predicament and shared what they’re doing to help.

Just a day after the uncle’s story went viral on Wednesday (2 Dec), Mummy Yummy paid a visit to his home. They posted about it on Facebook later the same day, on 3 Dec. 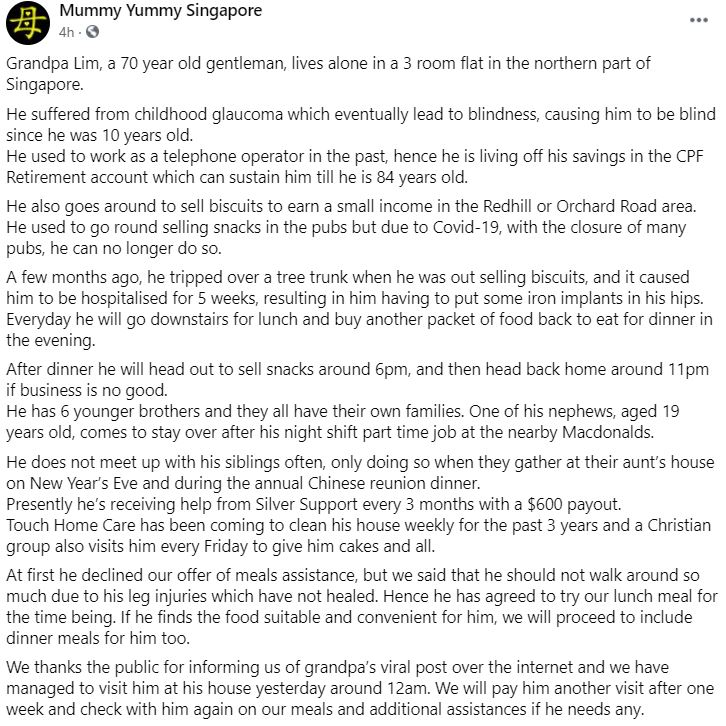 Referring to the 70-year-old as Grandpa Lim, they revealed the circumstances that led to his current plight.

Having lost his sight at only 10, he has been spending the past few decades fending for himself — from working as a telephone operator, to selling biscuits around Redhill and Orchard Road.

His past job reportedly left him with CPF Retirement Account savings which could last till he turns 84.

In order to continue earning an income, he often sells biscuits around Redhill and Orchard Road after dinner at 6pm.

He’ll head home ‘early’ at 11pm if he struggles to make many sales.

Part of Grandpa Lim’s usual sale spots are pubs, whose closure due to Covid-19 has affected his business greatly.

An injury several months ago also caused his sales to take a hit, after he tripped over a tree trunk while out peddling biscuits. 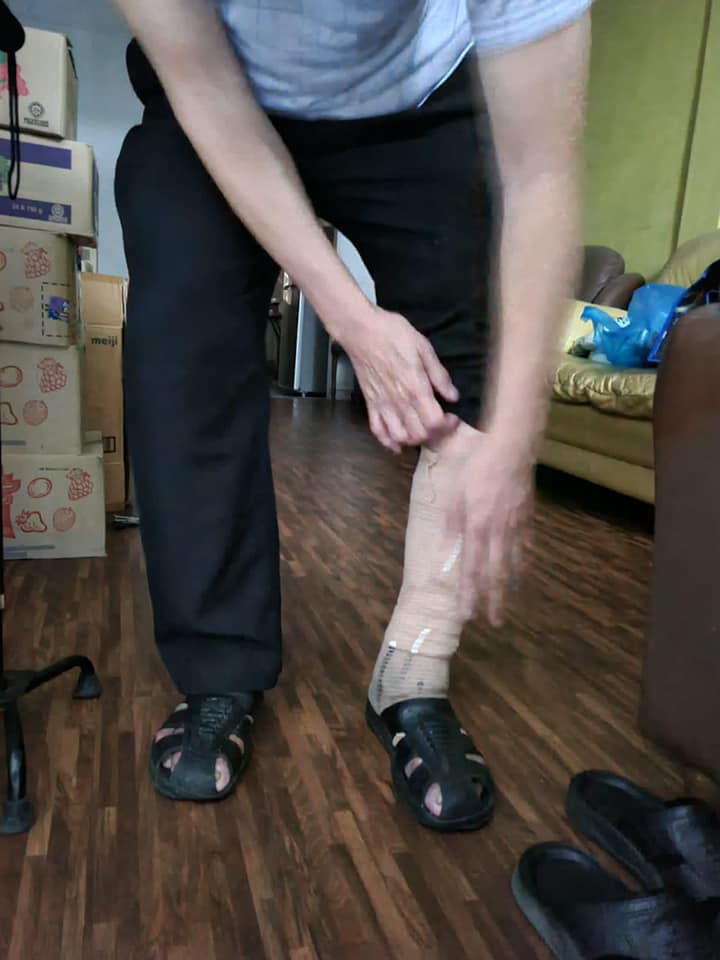 Grandpa Lim had to stay in the hospital for 5 weeks, and received iron implants in his hips.

Family still around & social services look out for him

Though he lives alone, Grandpa Lim has 6 younger brothers who all have their own families. They meet up on special occasions like New Year’s Eve and Chinese New Year.

A nephew also occasionally sleeps over after finishing his night shift.

Mummy Yummy hence isn’t the first to approach him with an offer for help.

Hope Grandpa Lim will continue to be cared for

Since he leaves home regularly to buy lunch and dinner, they’ve decided to ease his burden slightly by bringing food to him.

This is especially because Grandpa Lim hasn’t fully recovered from his injury.

According to Mummy Yummy, the elderly man initially refused their offer, but accepted after some persuasion. 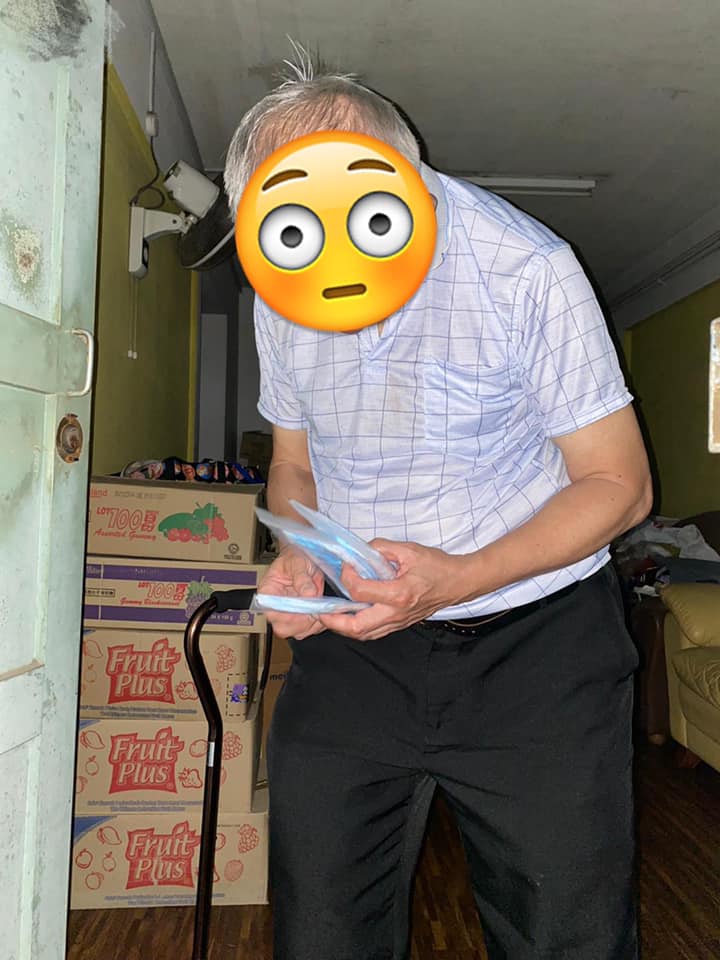 While he has only agreed to receiving free lunches, Mummy Yummy plans to check in on him again to find out if he would like free dinners too.

We’re happy to know that Grandpa Lim has so many kind souls out there looking out for him. Kudos to them for their initiatives, and we hope that Grandpa Lim will continue to be cared for long after this.