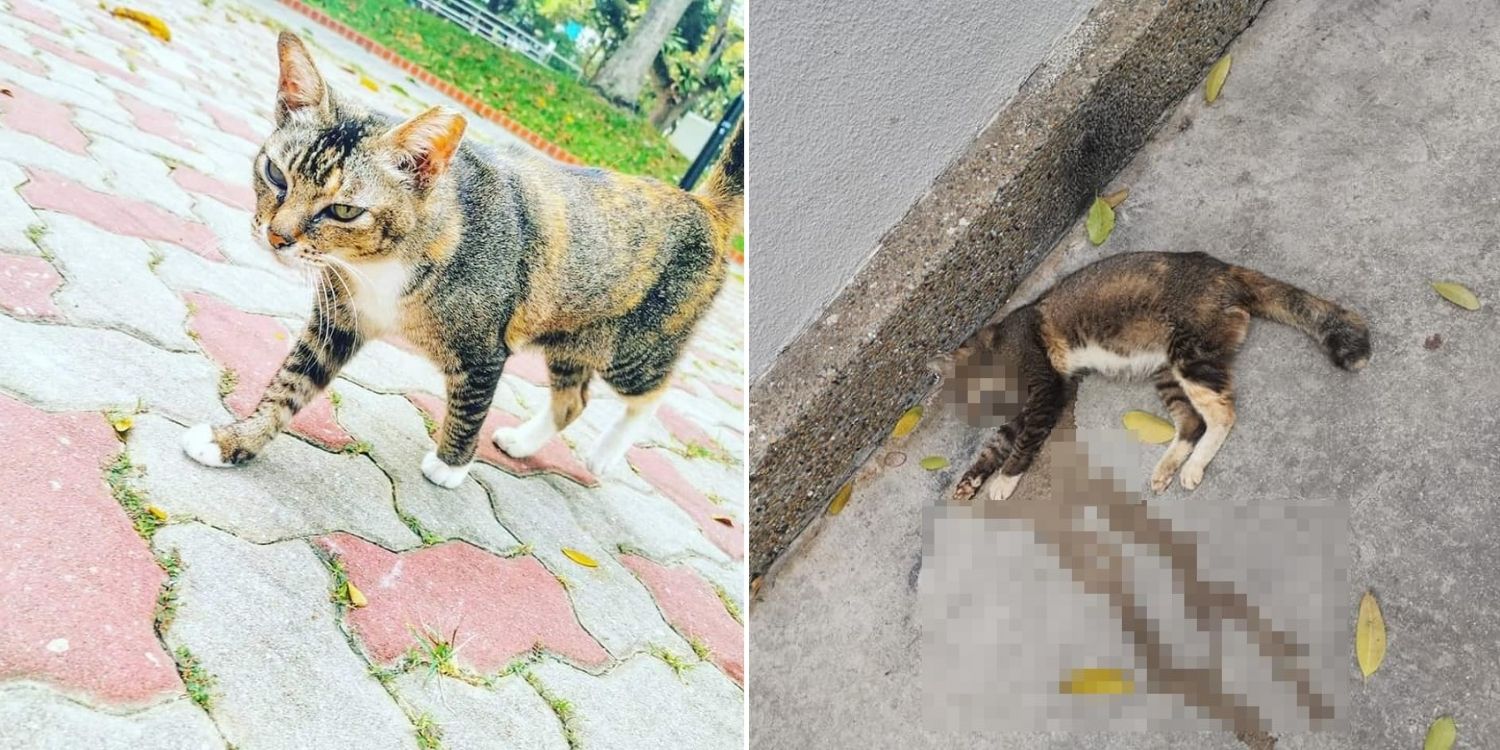 Rest in peace, lil one.

Community cats play an integral role in our society. Most of us find comfort in seeing them around our neighbourhood after a long day at work.

Unfortunately, a resident in Boon Lay chanced upon a heartbreaking sight when he spotted the cat in his area recently. 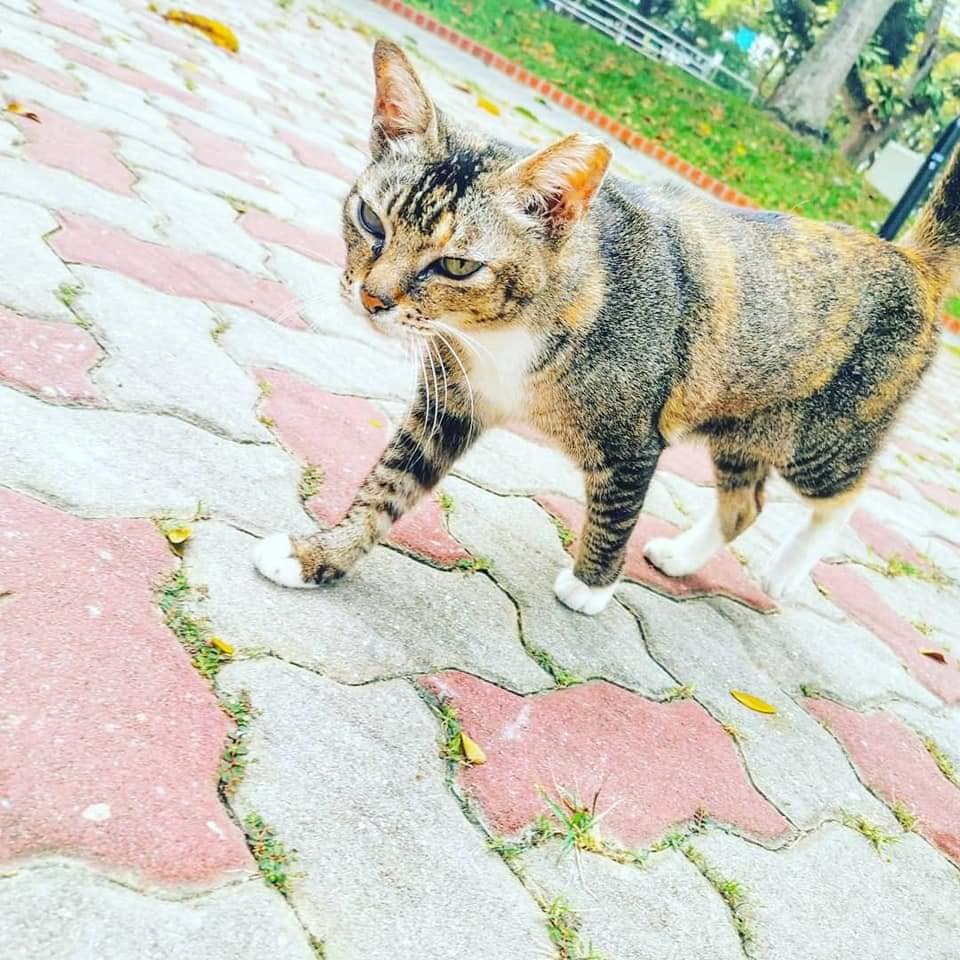 Lying limp on the ground, it appeared to have passed away after falling from a height.

According to a post by Mr Wei in the Sayang Our Singapore’s Community Cats Facebook group on Friday (12 Mar), a community cat was found dead at Boon Lay place recently. 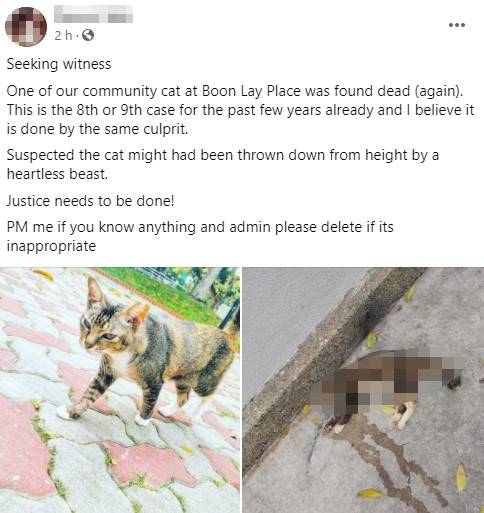 In his post, Mr Wei shared his suspicion that the cat’s death may have been a result of foul play.

Speaking to MS News, he noted that such incidents have occurred several times at nearby blocks too.

Unfortunately, he has no further details surrounding the cat’s demise as there were no witnesses to these acts of cruelty.

Not the first case in recent years

Mr Wei added in a comment that the late cat’s daughter was found dead the same way a few years ago.

Now the mother of 2 kittens has fallen to victim to a similar fate at Boon Lay Place. 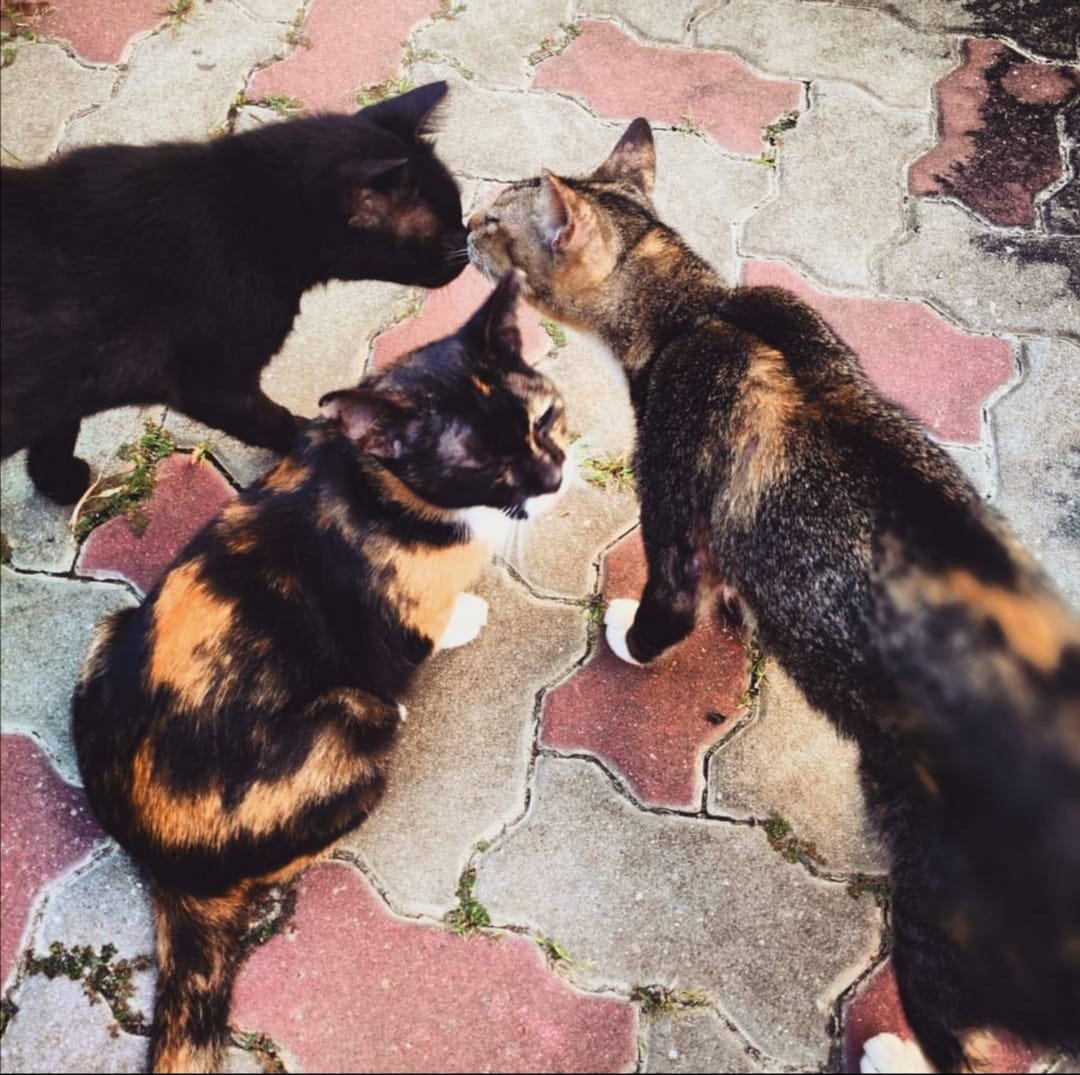 While her passing is heartbreaking to cat lovers in the area, we hope that she has crossed the rainbow bridge and reunited with her daughter in kitty heaven. Mr Wei’s claim that this is the 8th or 9th such case of possible abuse has sparked a sense of urgency among cat lovers.

This user suggested that residents come together and watch over the community cats.

On top of community efforts, another advised Mr Wei to report the matter to authorities like the Animal Veterinary Service (AVS) or Society for the Prevention of Cruelty to Animals (SPCA).

Heeding the advice, Mr Wei later did just that.

Roaming around the neighbourhood watching the days go by, community cats pose no imminent threat to us humans.

Hence, we should let them lead their lives in peace, and perhaps even look after the harmless creatures’ welfare.

We grieve with Mr Wei and other cat lovers in Boon Lay over the community cat’s demise. Rest in peace, kitty.