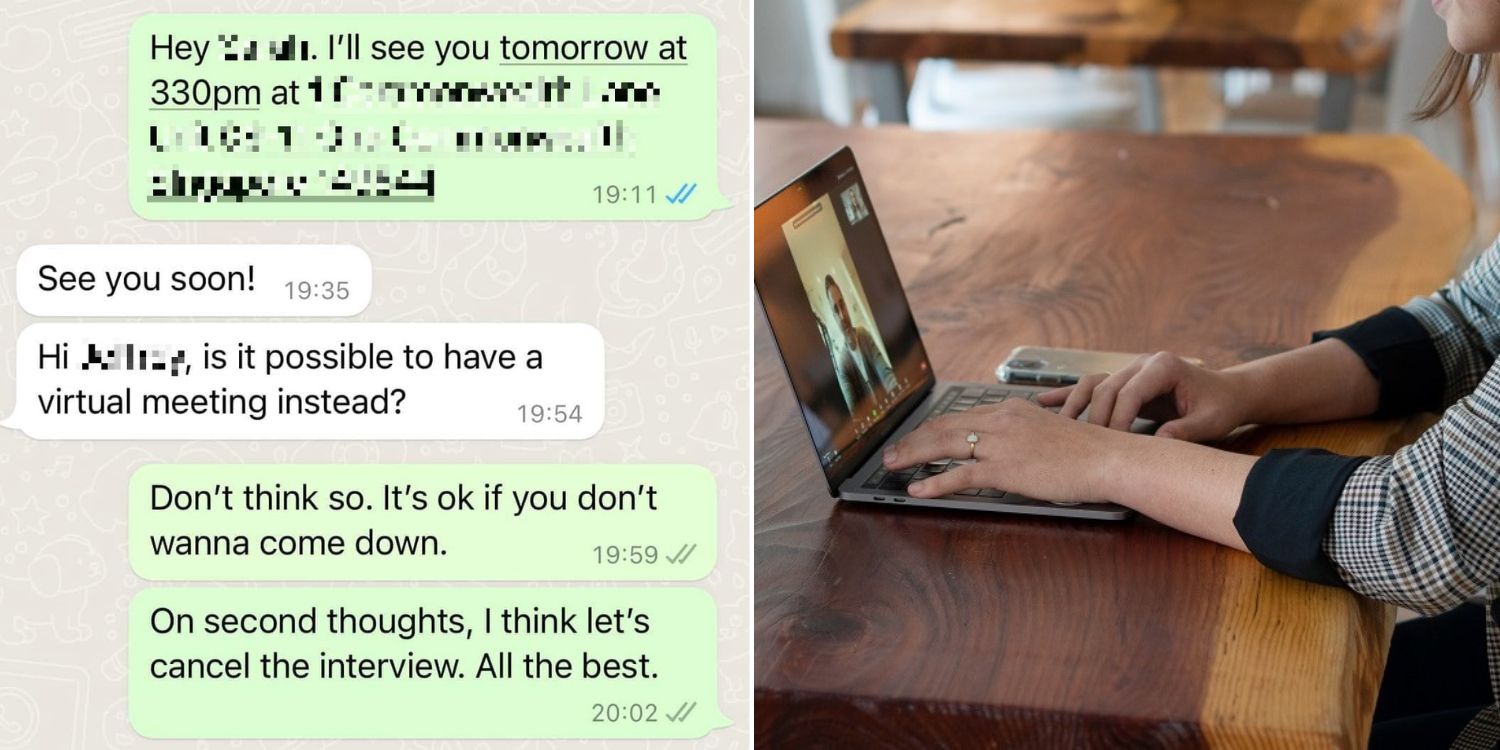 He said the incident showed why he welcomed "foreigners who are hungry and hardworking".

In the modern working world, finding a job can often be like a negotiation, where both parties figure out what’s acceptable to each other.

For one employer, he appeared to draw the line at a virtual interview, even if it was for an internship position.

He said he cancelled an interview after the student asked whether they could have a virtual meeting instead of a face-to-face one.

This sparked a debate on young jobseekers between netizens who slammed his actions and those who defended them.

In a Facebook post on Thursday (15 Sep), a man named Jeffrey Koh related his experience with a student looking for an internship at his company.

He said the girl had left her previous internship company after just one day due to a toxic environment.

Nevertheless, he decided to give her the benefit of the doubt and grant her an interview.

They agreed that the face-to-face interview would take place the next day at 3.30pm at One Commonwealth business centre in the Commonwealth area.

However, shortly after she agreed to this, she asked whether a virtual meeting was possible instead. 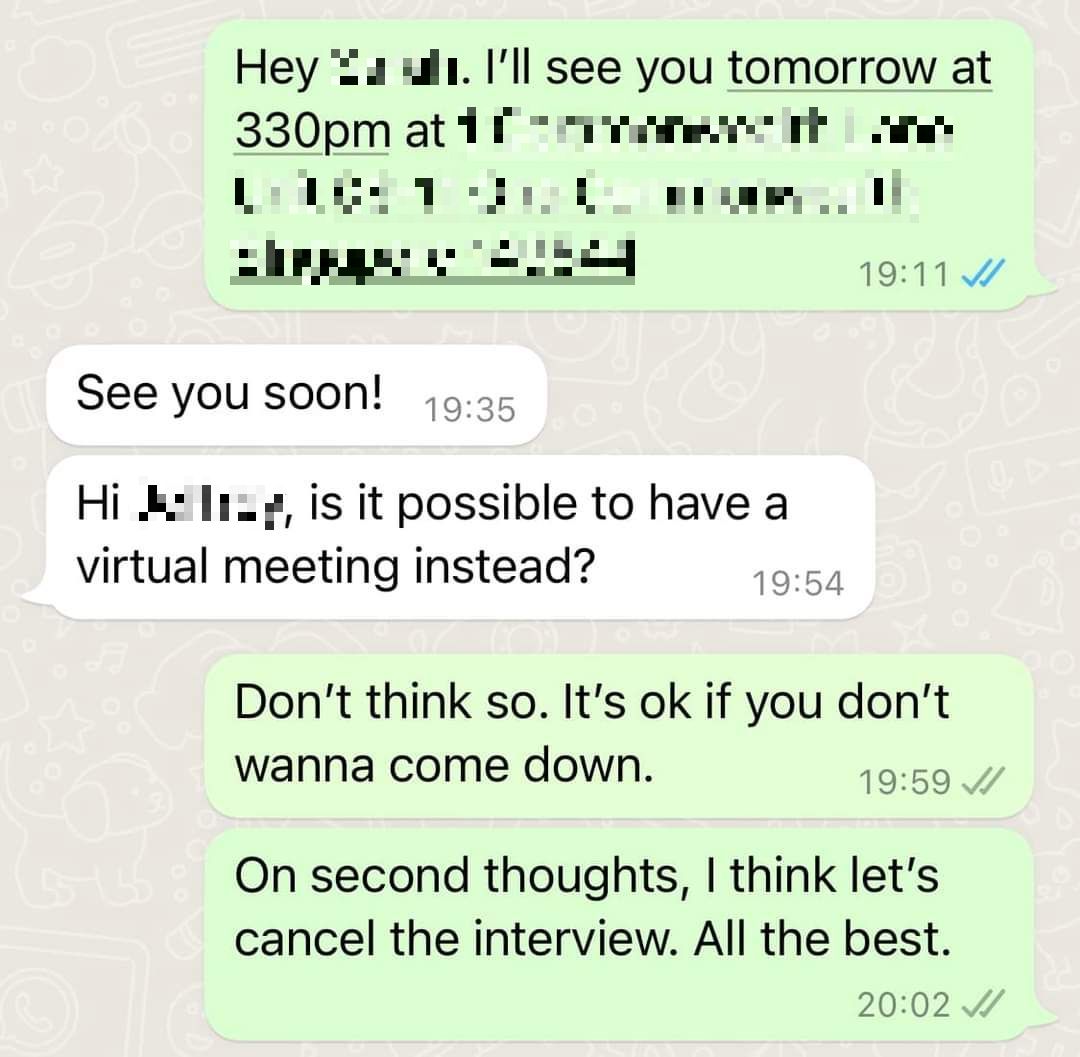 Things escalated quickly from there, as Mr Koh turned her down.

Then, three minutes later, he decided to cancel the interview without waiting for her reply.

An obviously annoyed Mr Koh shared that the student didn’t give any reason why she preferred a virtual meeting.

Believing she was an entitled Singaporean, he said the incident showed why he welcomed “foreigners who are hungry and hardworking”.

He also vocally expressed his disdain for Government rules ensuring Singaporeans get fair treatment in the job market.

He indicated that if his attitude means he’s a boomer, so be it.

Netizens debate over actions of boss who cancels interview

Unsurprisingly, his posts resulted in netizens taking issue with his way of thinking.

In the comments, one netizen said he didn’t see anything wrong with the student’s request, as it wasn’t last-minute.

He also believed Mr Koh jumped the gun by cancelling the interview instead of politely rejecting her request. 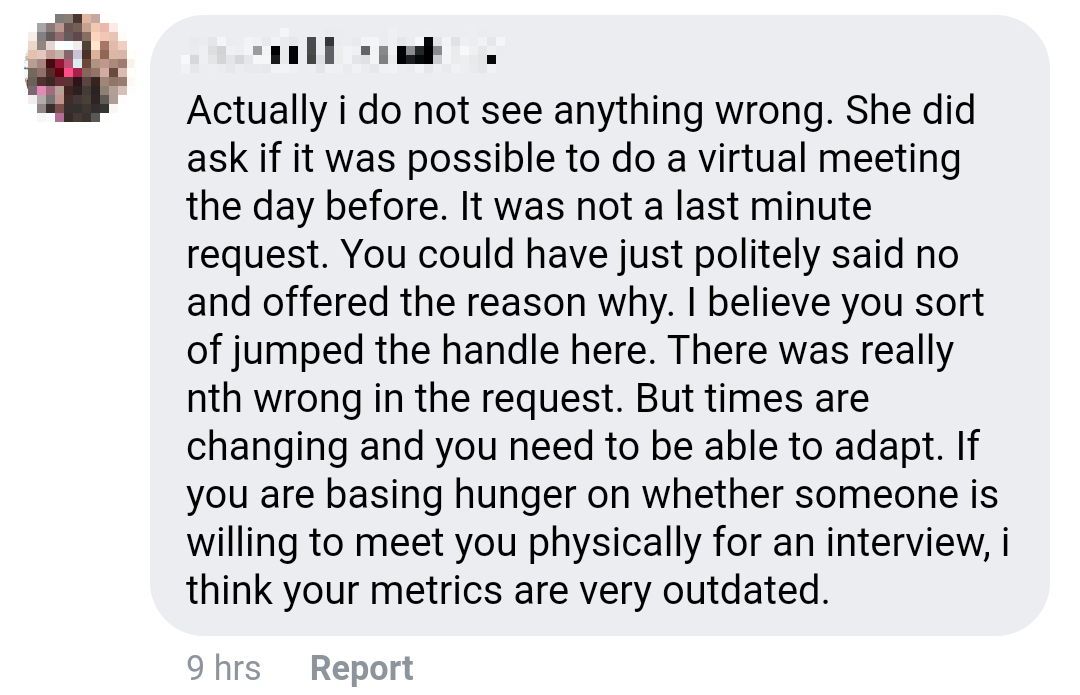 The commenter felt there’s nothing wrong with a virtual meeting – especially given the pandemic situation – and it doesn’t show that the applicant doesn’t have the “hunger”.

Instead, Mr Koh should adapt to the changing times, he said.

Another netizen basically described Mr Koh’s workplace as a toxic environment, going by how he reacted to the request.

Given that the student just escaped one toxic environment, she probably wouldn’t have wanted to jump into another one, so it’s fortunate that she avoided it by asking that question, he added.

However, some netizens also defended Mr Koh, with one agreeing that young Singaporeans were not hungry enough.

He also empathised with how he felt, saying that younger jobseekers have many demands but can’t back them up with knowledge and skills to offer employers. 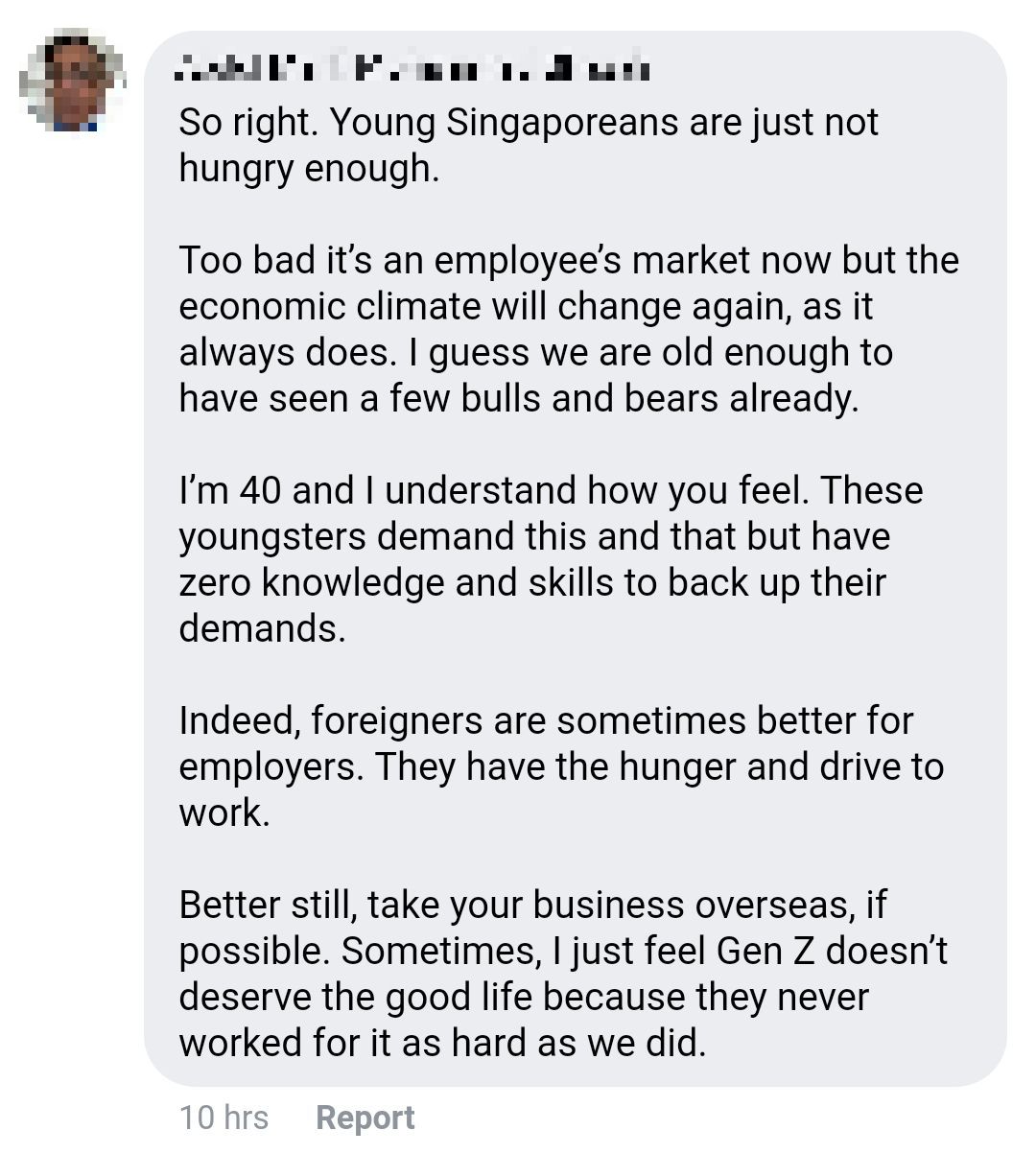 On the other hand, he added that foreigners might be better as they have the hunger and drive to work.

A tussle between expectations

In a tight job market, employers hope to hire hardworking locals who want to succeed but come with reasonable demands.

That said, previously unheard-of arrangements like flexible working hours and working from home have gained popularity due to the pandemic.

Thus, there’s an argument to be made that employers should embrace these as part of the changing times.

Do you think locals are too demanding in job interviews, or is it within their rights to make requests? Do share your thoughts with us in the comments.

Featured image adapted from Jeffrey Koh on Facebook and LinkedIn Sales Solutions on Unsplash. Photo for illustration purposes only.