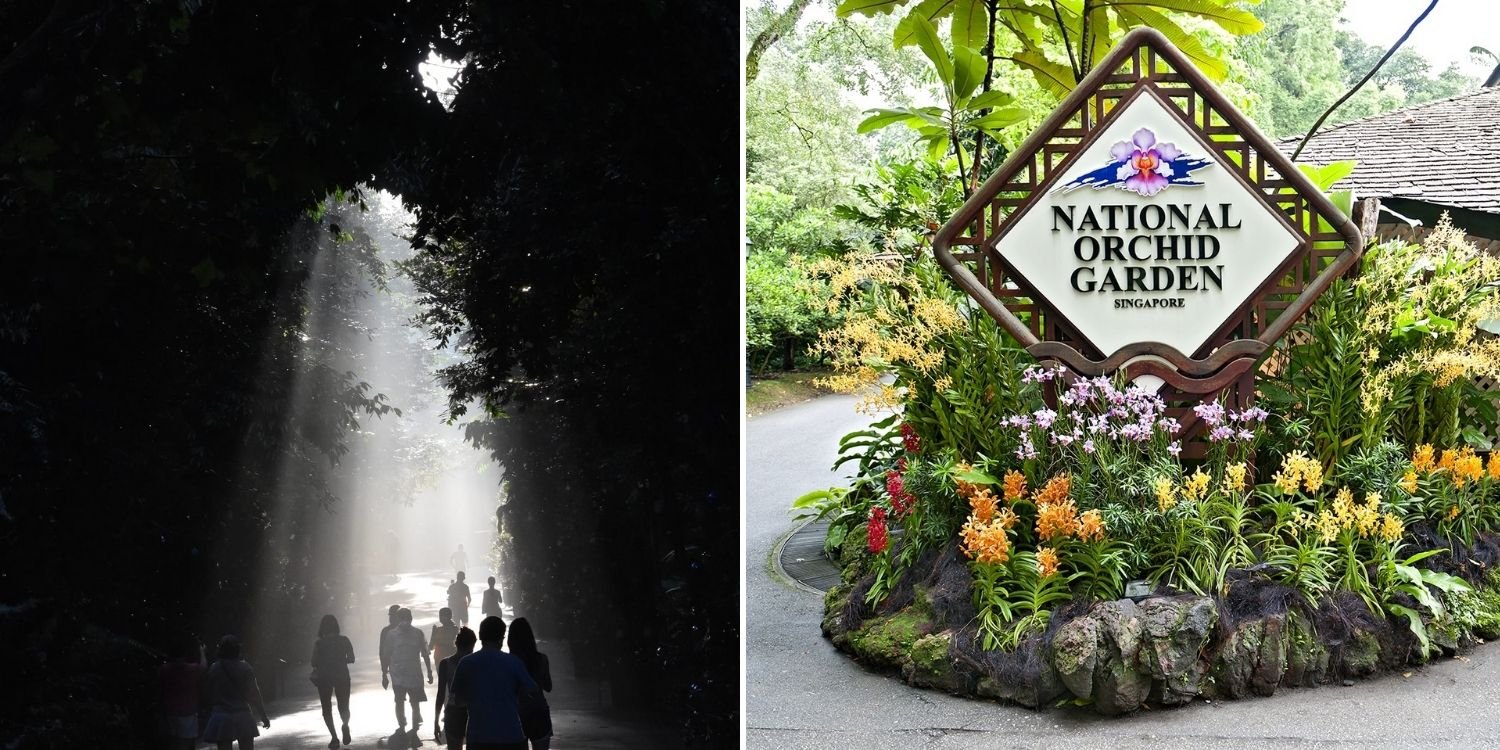 2020 has gifted us with stunning photos of Singapore’s natural treasures, but few have melded the organic and futuristic vibes quite successfully.

That is, until a stunning photo of a sunbeam at the Singapore Botanic Gardens made its way to Facebook group Singapore Hikers yesterday (30 Dec). 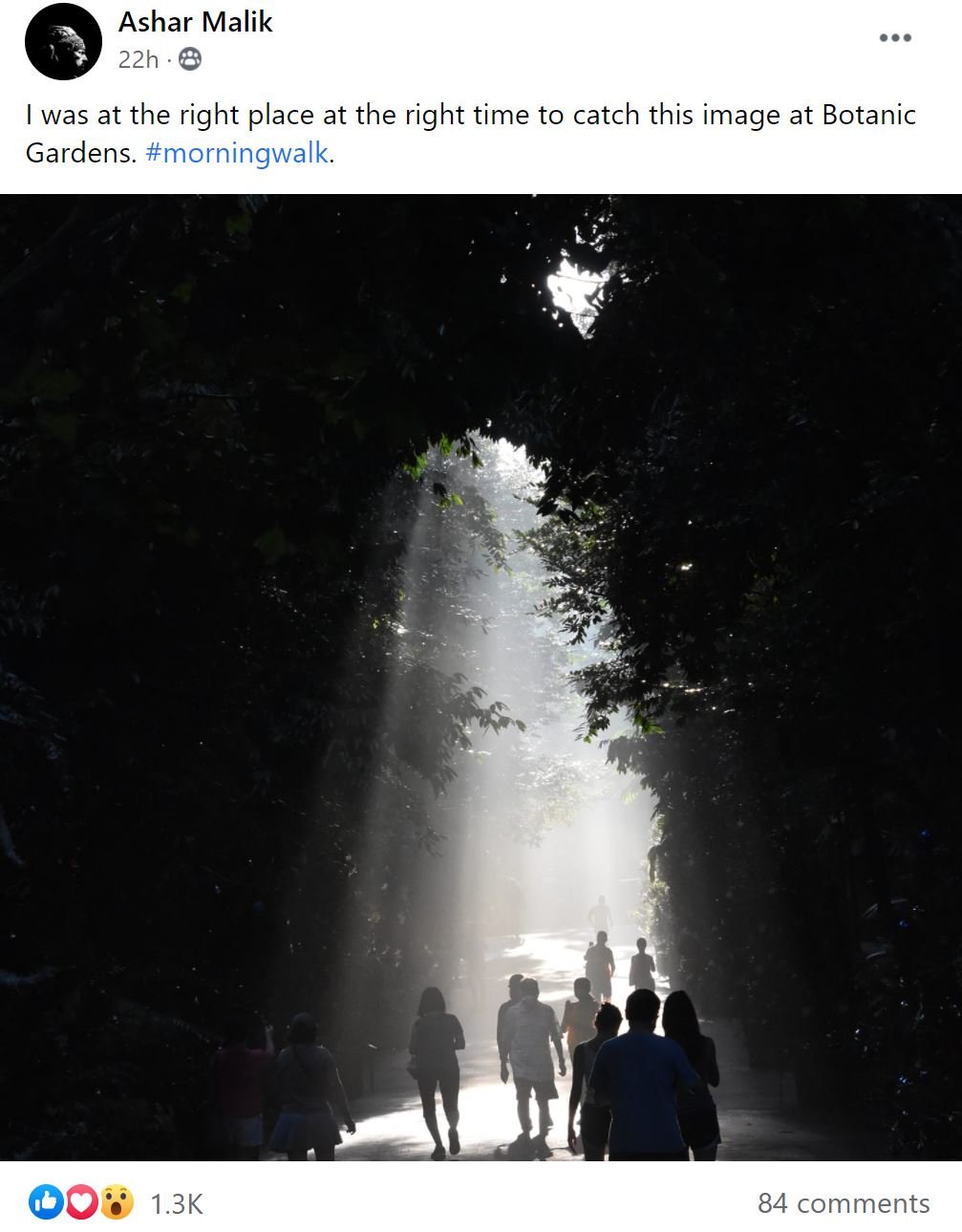 The post garnered over 1,300 reactions, from netizens in awe of the masterpiece.

Facebook user Ashar Malik who shared the photo to the Singapore Hikers group had actually posted it earlier on his Instagram page, on 27 Dec.

He was up bright and early that morning, for a stroll at the Singapore Botanic Gardens.

Along a path which the surrounding greeneries shrouded in darkness, he spotted the most glorious beam of sunlight shining down on fellow park users. 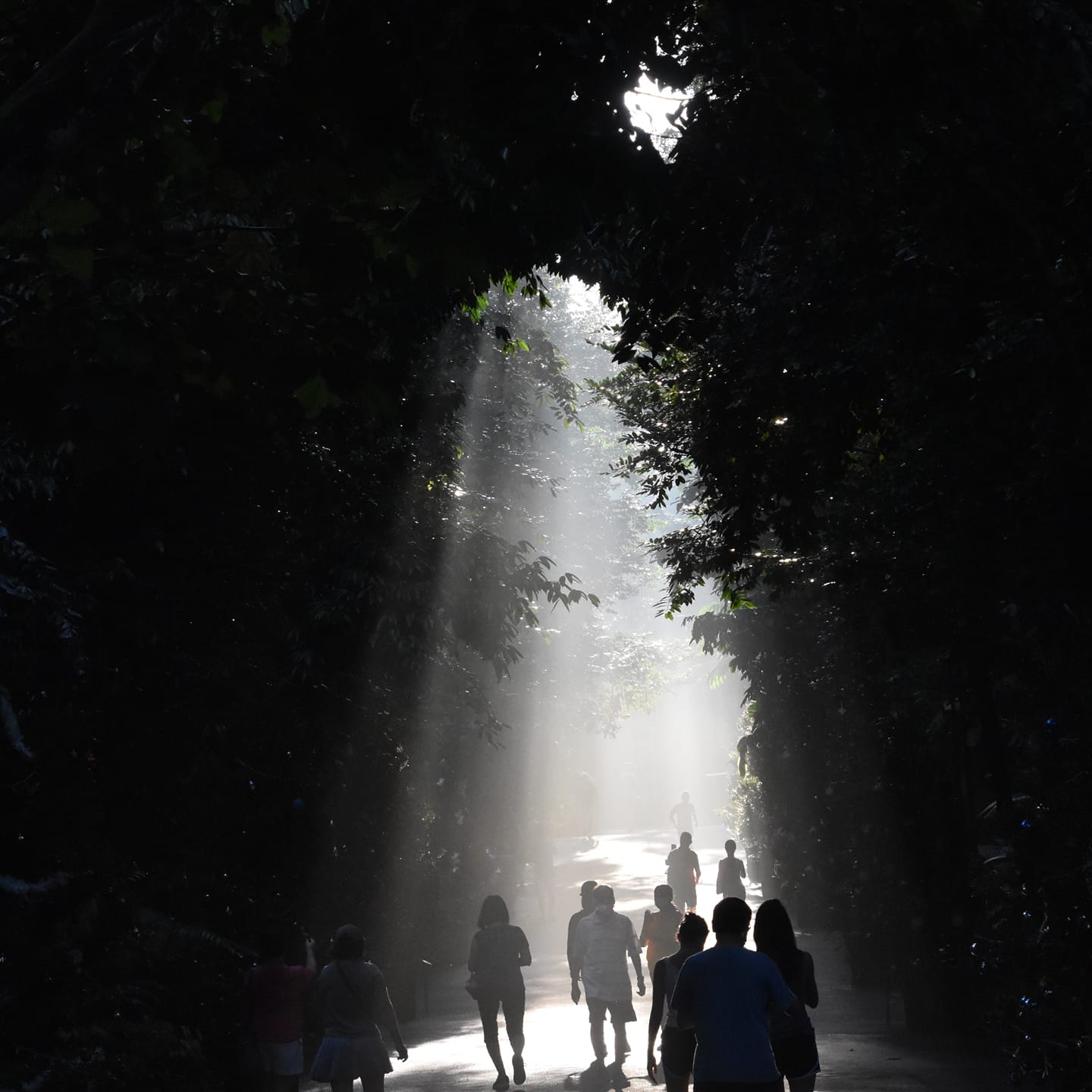 As people in masks walked up and down the path, he snapped a photo of the mesmerising scene.

As if freezing a moment when an unidentified flying object (UFO) shines a beam of light down on unsuspecting humans, the photo unsurprisingly generated similar comments.

One netizen even made a comment like that of an epic movie narration, which definitely sets the tone.

While several compared the scene to the opening credits of “Mr Bean”, others thought of spirits walking into the light. One in particular mentioned spirits walking out of the gates of hell during the 7th month, though the lighting was more heavenly to most. 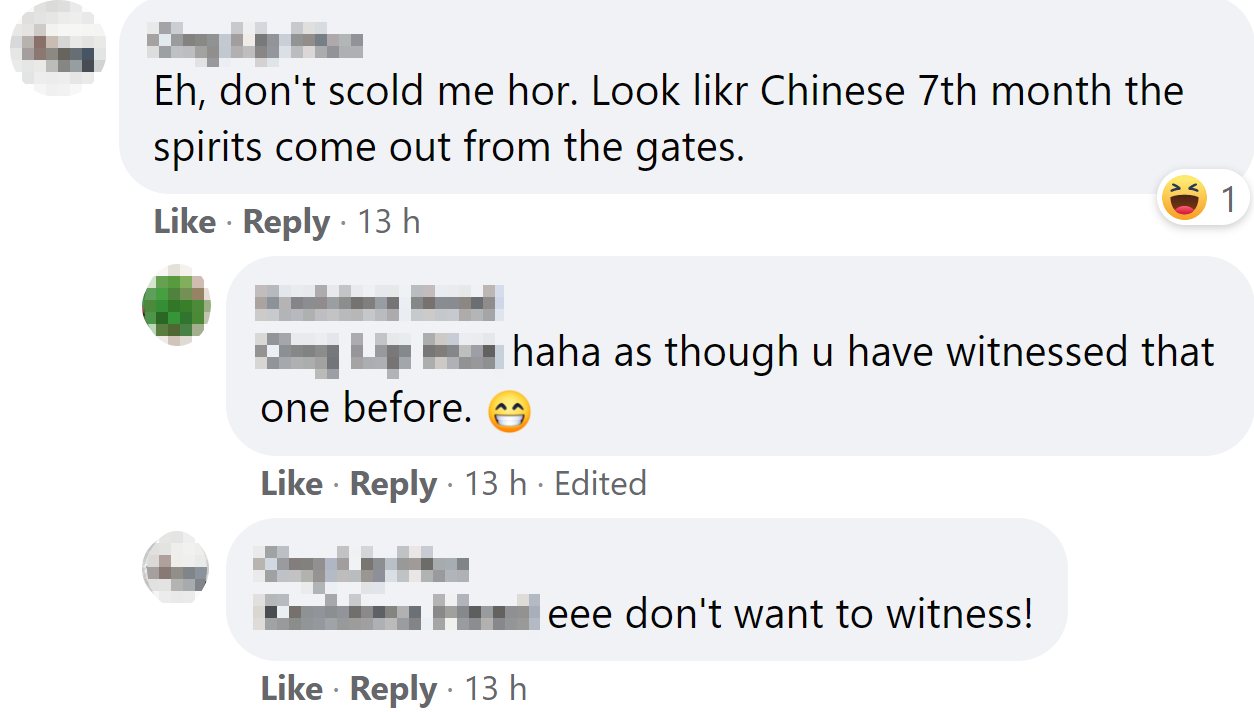 Regardless, the consensus was clear that the photo is a brilliant one, worthy of Hollywood movie posters.

If you’re curious where this spot might be, Ashar mentioned that it’s next to the Orchid Garden gate.

Here’s a map, in case you’d like to head down to score your own cinematic shot soon: 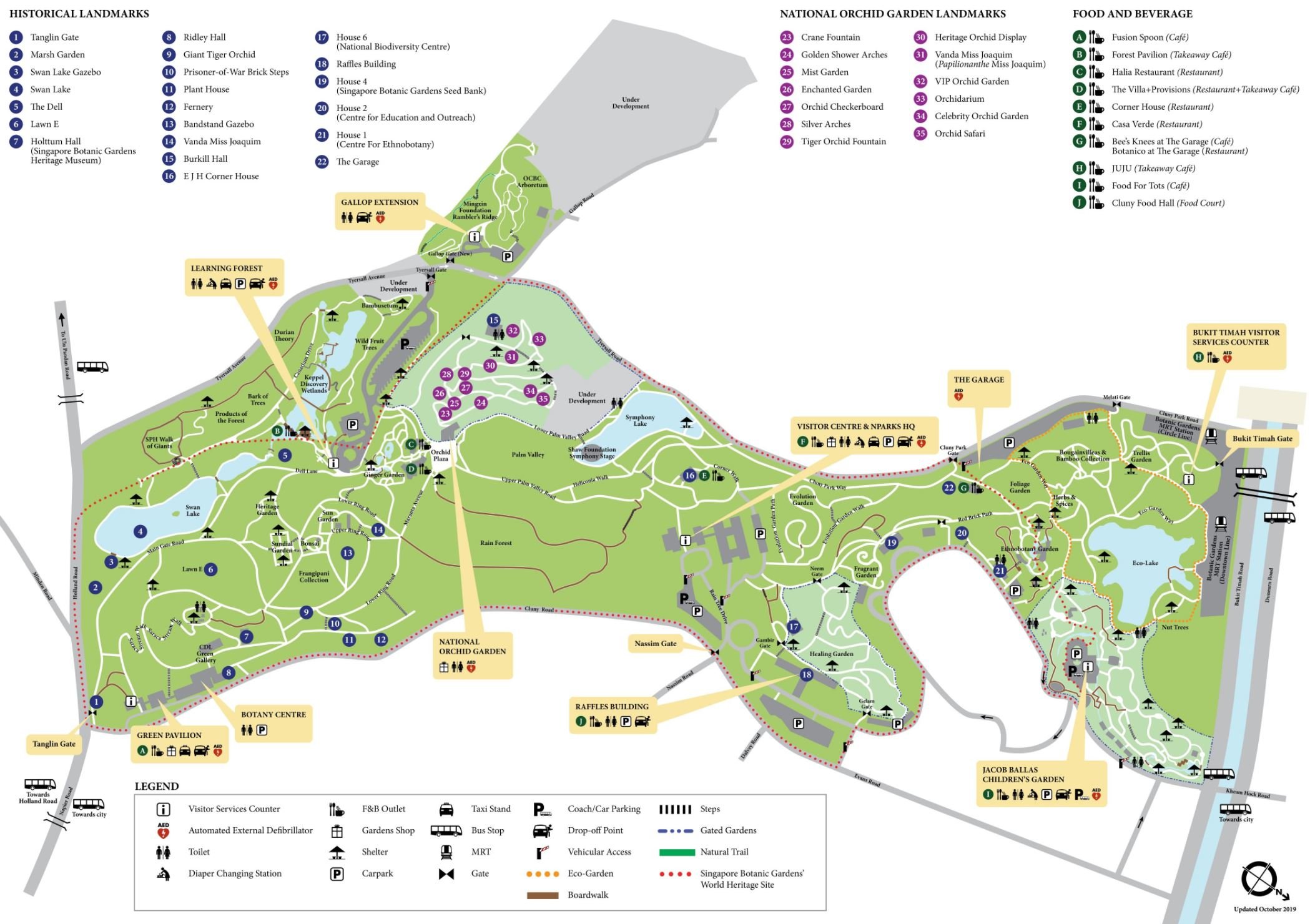 With more of us exploring the natural beauty Singapore has to offer, we’re looking forward to seeing more breathtaking photos like this soon.

Let’s take after our very own PM Lee and document our jalan-jalan sessions.

Featured image adapted from Ashar Malik on Instagram and Hotels.com.