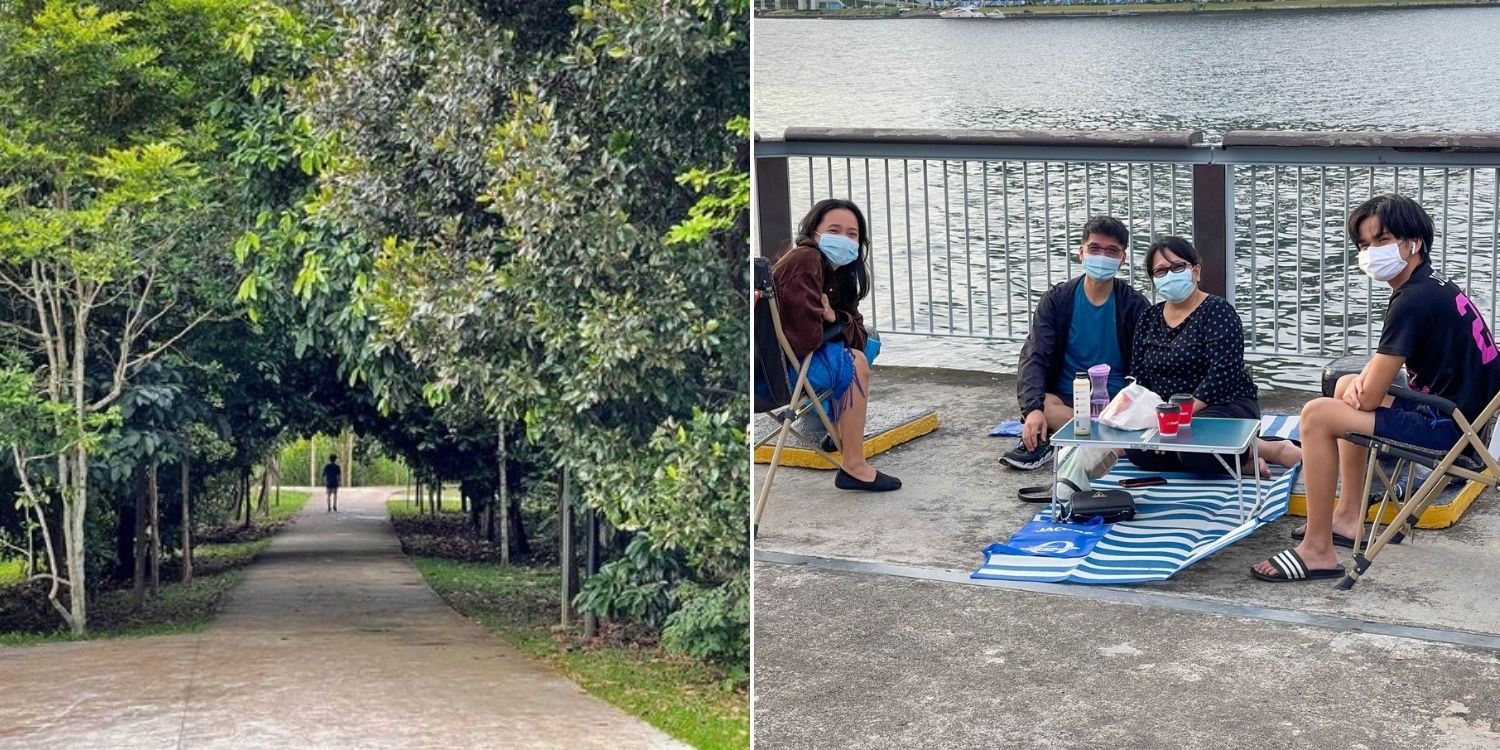 Prime Minister Lee Hsien Loong is currently taking a well-deserved break till the end of the year.

As most Singaporeans won’t be travelling overseas due to the Covid-19 pandemic, our PM will do the same.

Instead, he said he’ll be going on his well-known jalan jalans across Singapore.

True to his words, he went on a jalan jalan to 2 of Singapore’s nature parks recently, and took many nice photos. 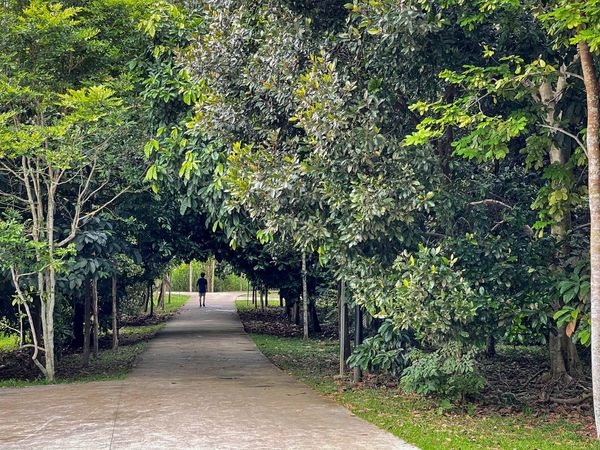 He even took a photo of a lucky family out enjoying the sea breeze.

In a Facebook post on Thursday (24 Dec), PM Lee said since it’s the last week of the year and we’re stuck in Singapore, it’s a good time to rediscover our local parks.

Thus, he visited 2 parks in the north on Sunday (20 Dec) – Admiralty Park and Woodlands Waterfront Park.

Enjoying the “quiet buzz” of the green spaces, Mr Lee also took a panoramic photo of a particularly tranquil forest path that diverged into 4 branches.

He also marveled at how the SafeEntry system is now so ubiquitous that one can check in even before sitting at a park bench. 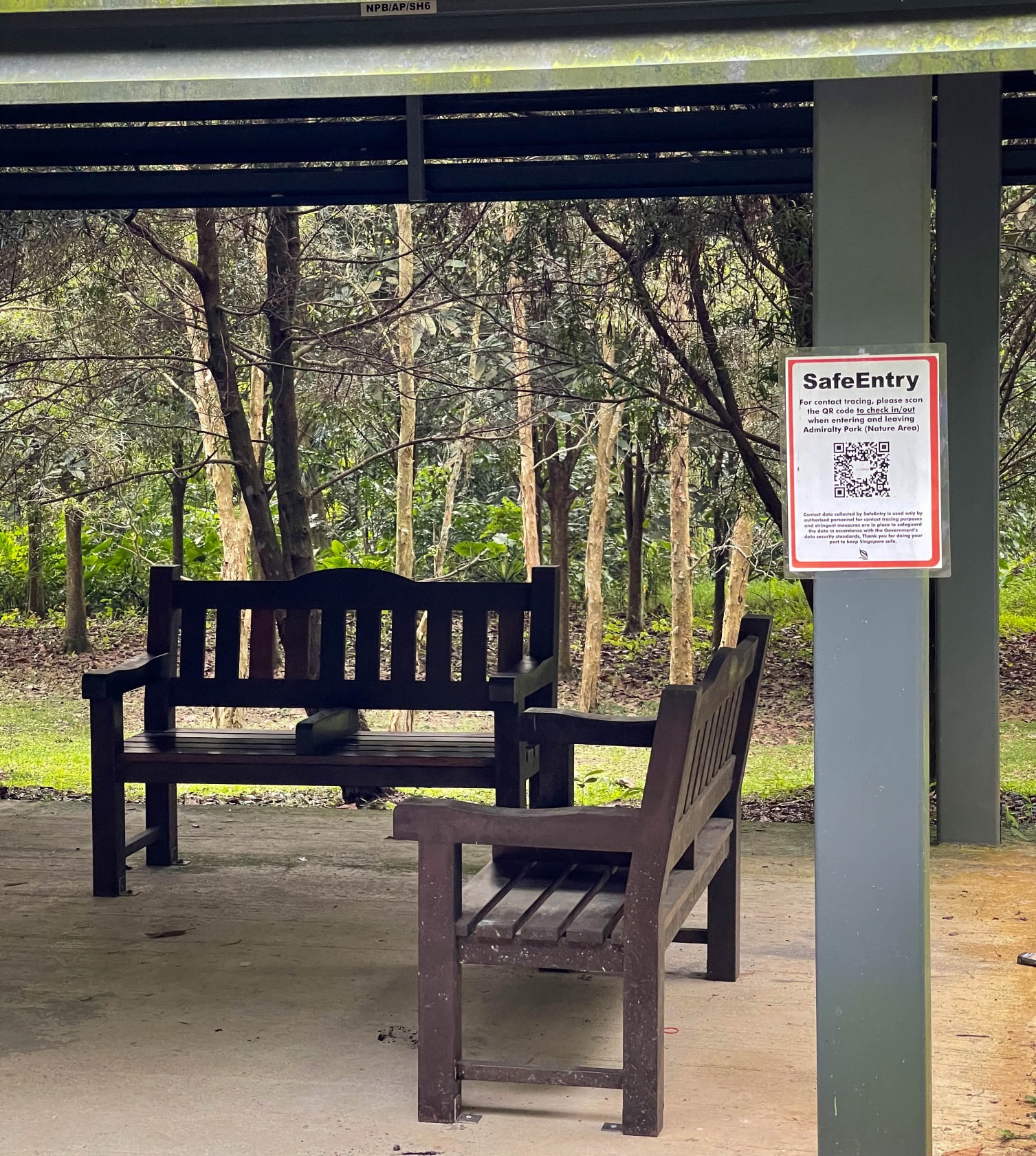 There were 3 women in it, and one was posing for a photo taken by another woman. The 3rd lady, for some reason, was taking a photo of the other 2. 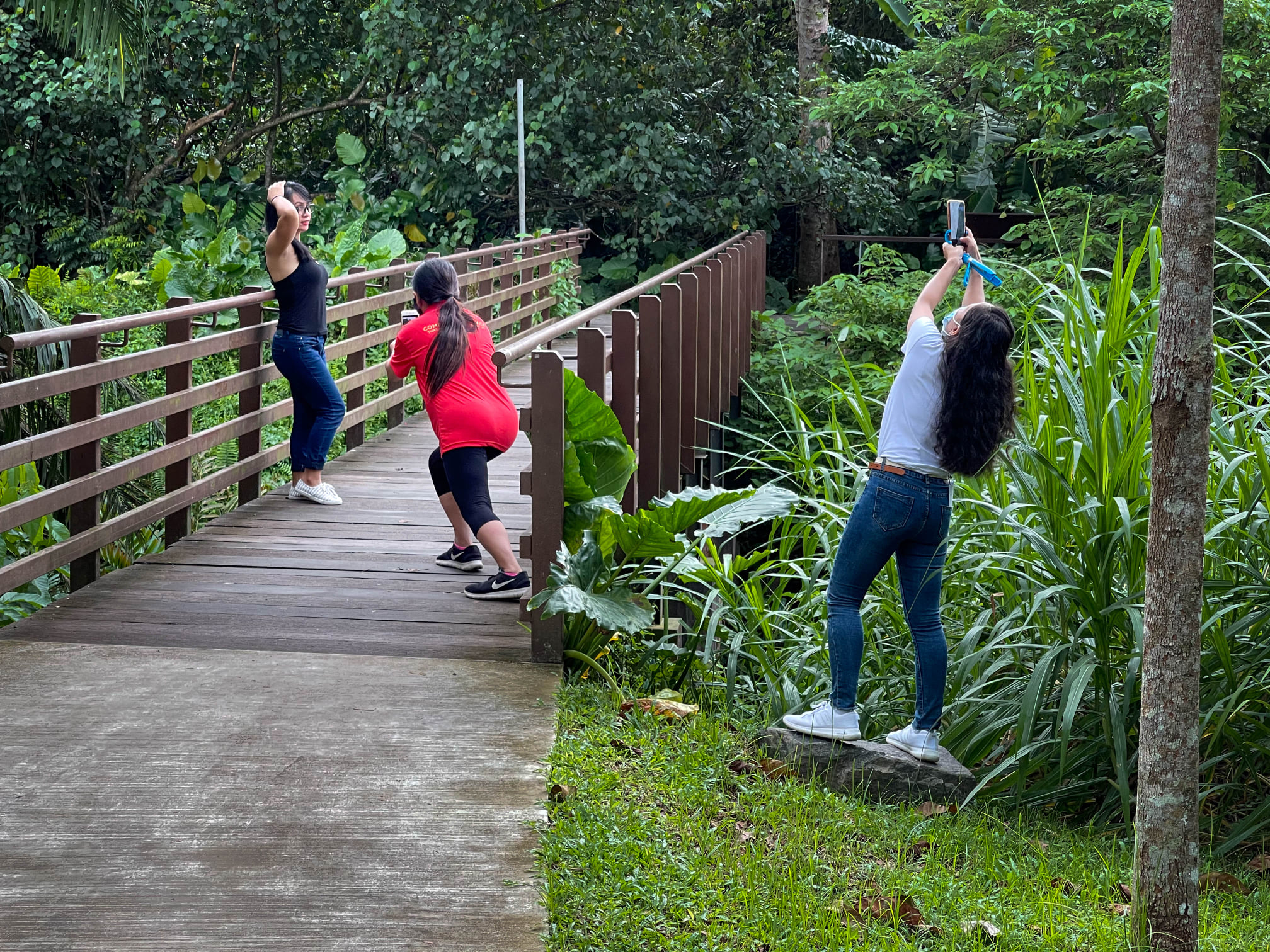 He “couldn’t resist”, he said.

Besides the avid shutterbugs, Mr Lee also informed us that Admiralty Park has many slides that are popular with children.

He shared a photo of one of them, a winding roller-slide that should appeal to adults as well! 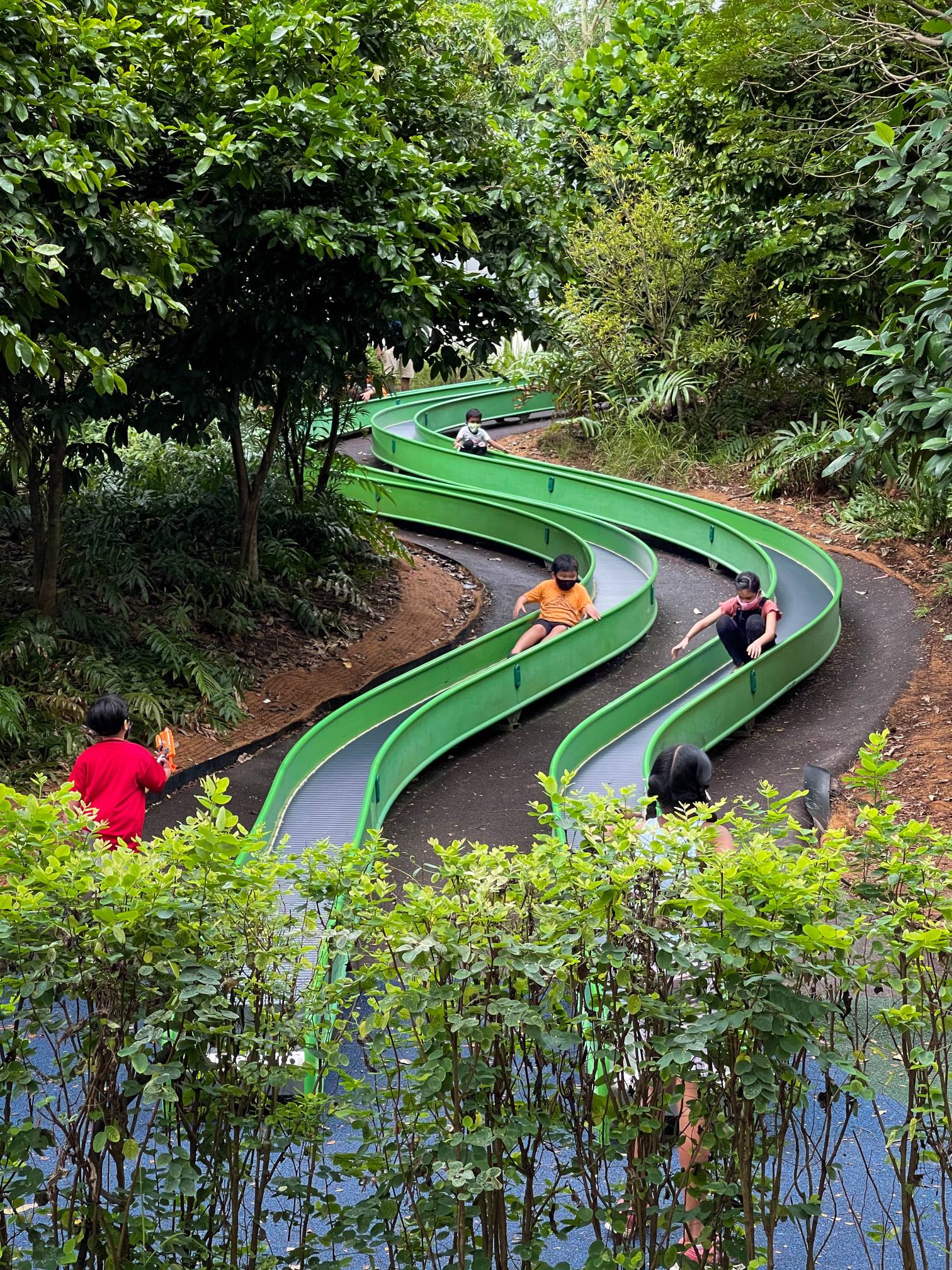 Those who don’t live in the area may certainly not be aware of these slides, so we’re thankful that Mr Lee highlighted them in his post.

Over at Woodlands Waterfront Park, Mr Lee walked down the jetty, which was filled with people strolling, cycling and just generally enjoying life. He also made the day of one family, who must have been surprised to meet their prime minister while lepaking and waiting to watch the sunset.

They gamely posed for a photo that they’ll be eager to save in the family scrapbook, and proud to talk about for years to come. 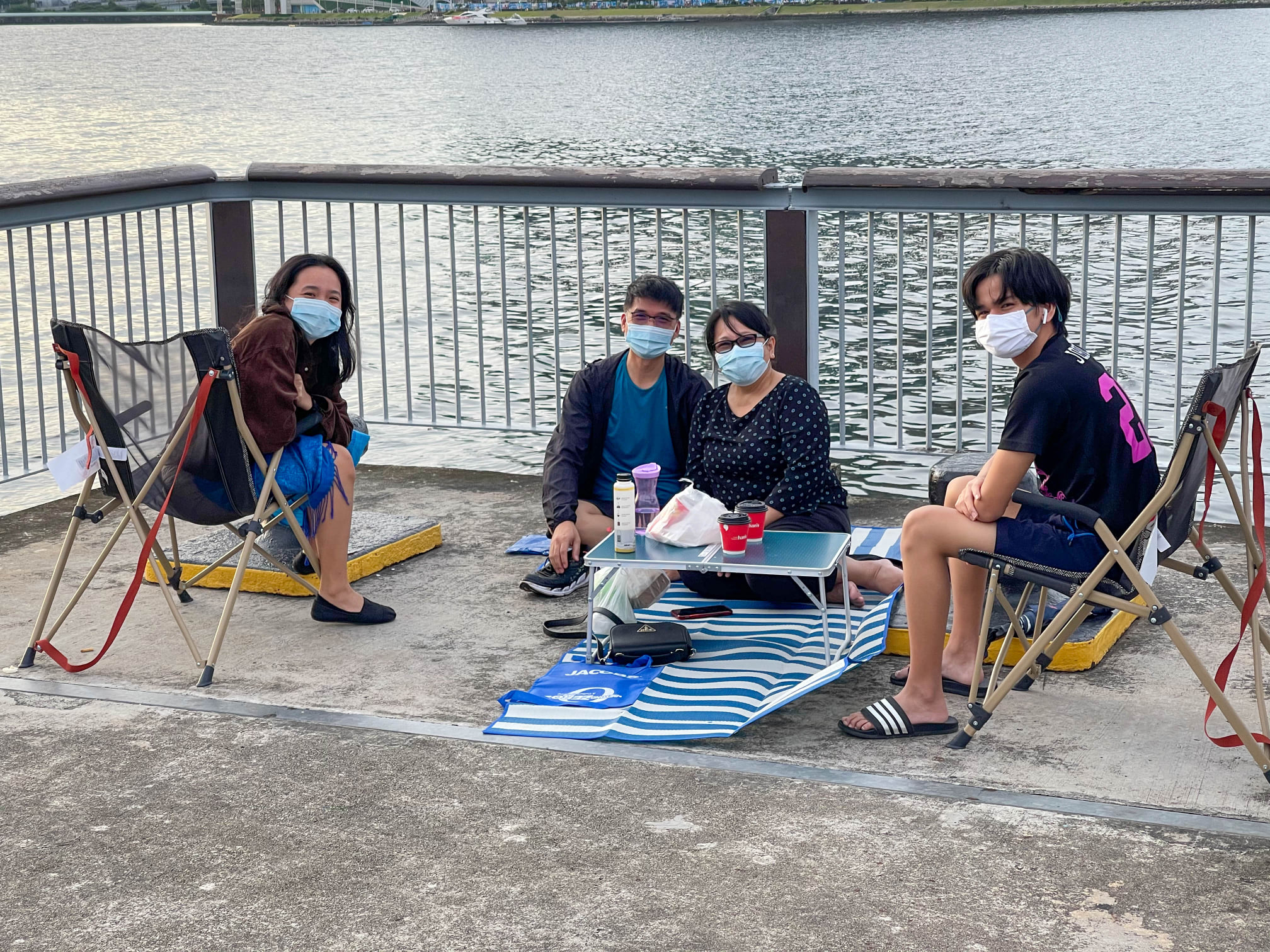 Mr Melvin Chia left a comment on Mr Lee’s post, saying his family was out to enjoy the breeze and the sunset.

He also shared the photo on his own Facebook page, saying it was “great” to be featured in Mr Lee’s post.

While the Chia family was catching the sunset at their prime spot, Mr Lee managed to take a beautiful photo of it. 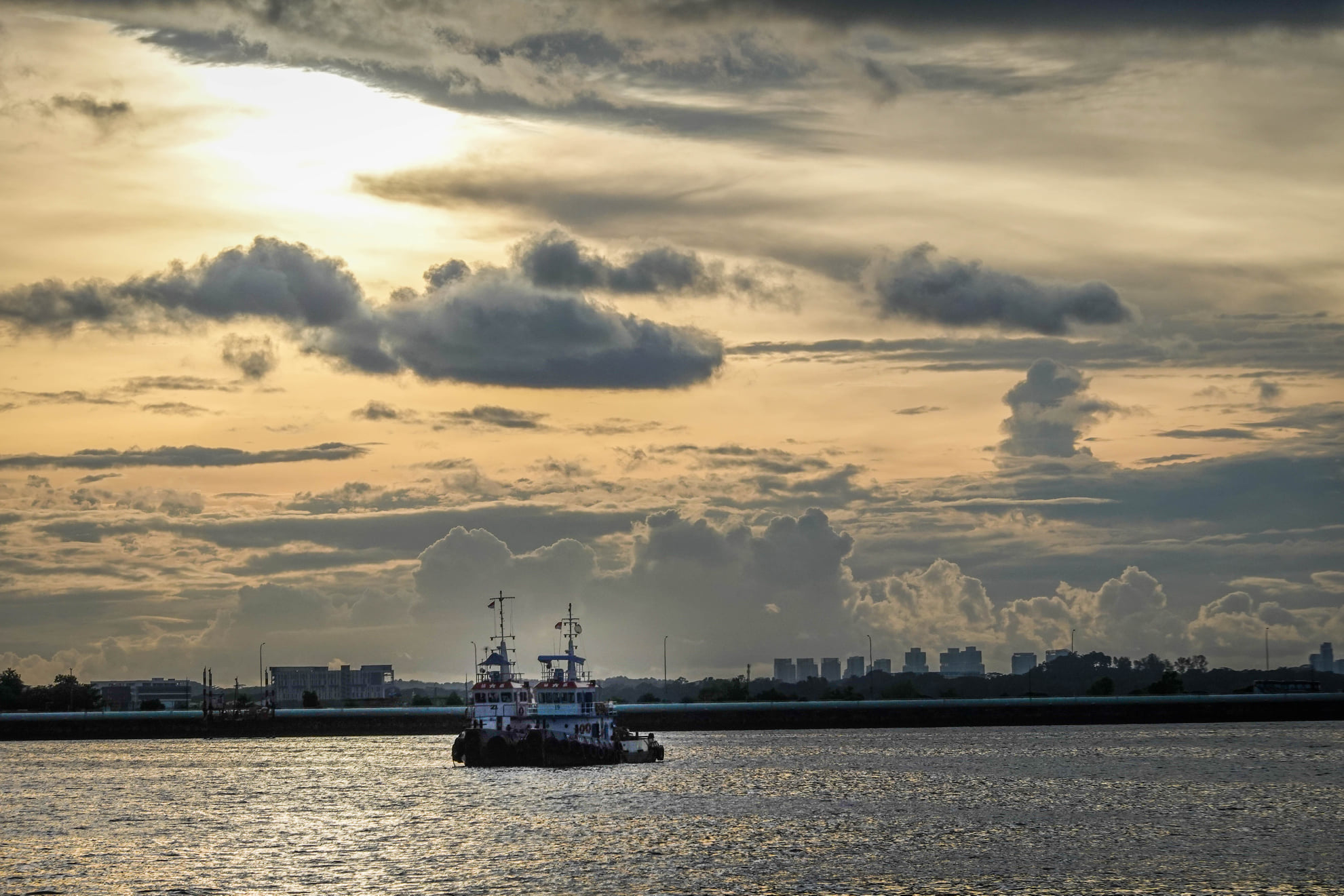 The postcard-pretty scene attests to the beauty that can be found in Singapore in even the most ordinary places.

It’s possible to relax in Singapore

We’re glad our prime minister managed to have a chance to take a leisurely stroll in our parks, considering how busy he must usually be.

The well-taken photos he captured also show that it’s possible to relax in Singapore away from the crowds.

We wish Mr Lee a good rest during his leave, and a happy festive season to all in Singapore.