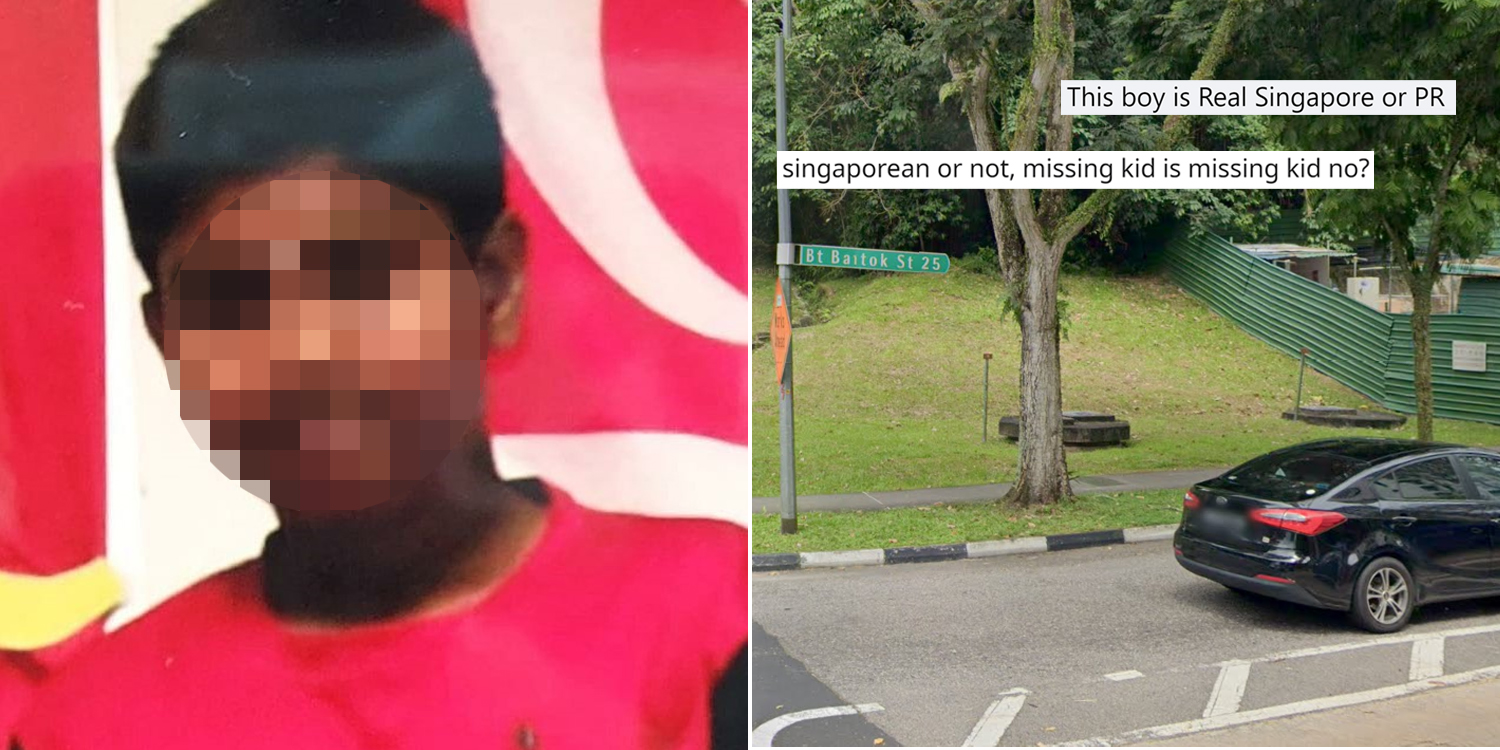 This is just not right.

EDITOR’S NOTE: The boy’s face has been censored due to the nature of comments made in reference to his disappearance. If you wish to help with the search, you can check out the police’s tweet here for details.

Earlier this week, a 16-year-old boy went missing. In a bid to create awareness, the police took to Twitter urging Singaporeans to keep a lookout for the missing child. 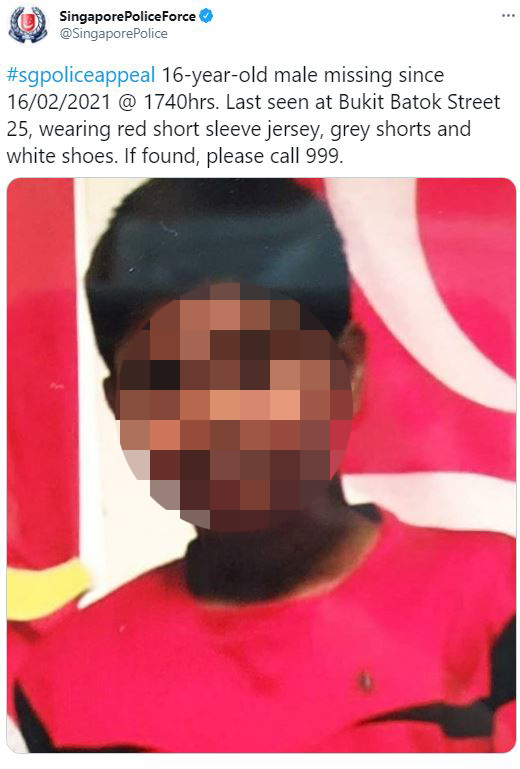 Naturally, many netizens assisted by spreading the message.

However, in one such reshare on Facebook, the boy’s nationality seemed to have taken centre-stage over his whereabouts.

The reactions were later shared on the r/singapore subreddit where users rightfully pointed out that the boy’s nationality shouldn’t matter.

The police’s appeal for information was shared on the Abolish CECA Petition Facebook group on Wednesday (17 Feb) morning.

But instead of messages offering hope that he can be found, some Facebook users in the group took the opportunity to question the boy’s nationality.

It appeared that the boy’s ethnicity spurred comments about whether he was really Singaporean, making a comparison between recent arrivals from India and Singaporean Indians born here.

Some even implied that they wouldn’t help if the boy was a foreigner.

Others, unfortunately, took the chance to make racist comments.

Thankfully, not all comments found were of that nature.

One Facebook user pointed out that it’s inappropriate to nit-pick over someone’s nationality when a missing kid is involved.

Another netizen said that the boy’s whereabouts is all that matters now.

As of the time of writing, the boy hasn’t been found yet.

The post, as well as some of the reactions, were reshared by a user, Spritual_Cookie_999, on the Singapore subreddit on Thursday (18 Feb). 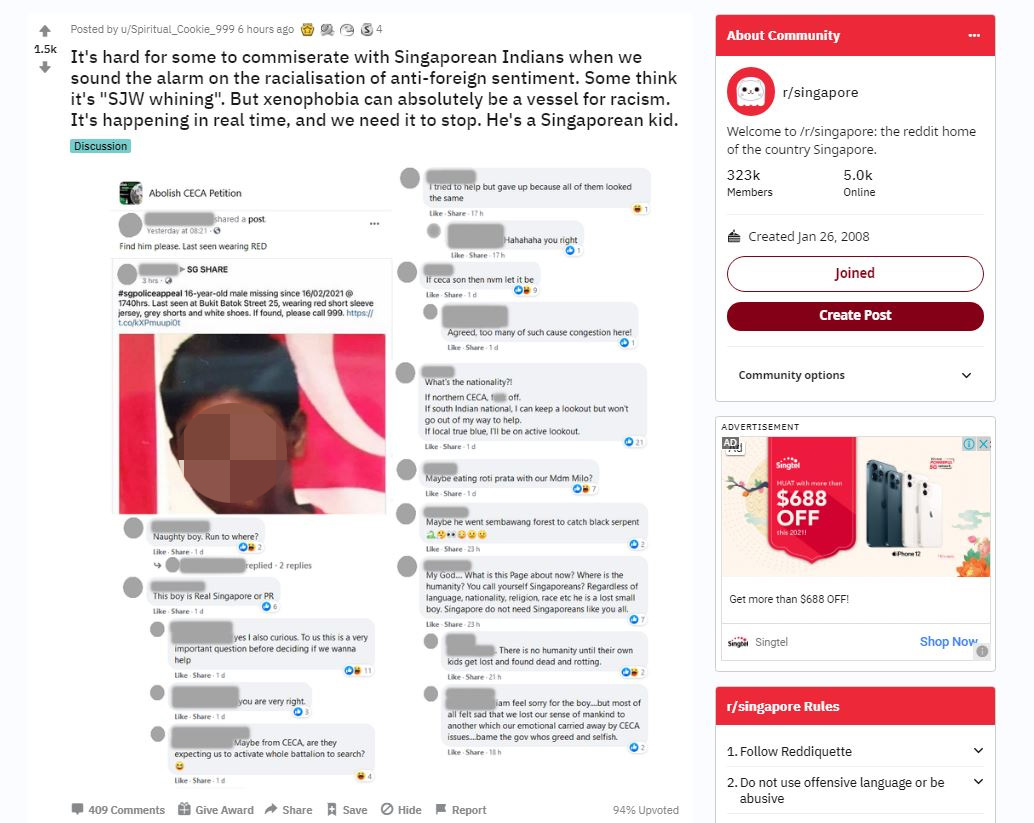 The post wanted to highlight what appeared to be a growing trend of xenophobia, which can be a vessel for racism, in Singapore.

Within mere hours, the thread attracted more than 400 comments, mostly from Redditors who were against the comments.

The response which received the most upvotes probably summarised the issue best.

Another Redditor pointed out the fact that many of these ‘haters’ may well be keyboard warriors who spread negativity towards the government from behind the veils of fake accounts.

This netizen, however, urged others to also think about how these sentiments came about in the first place. 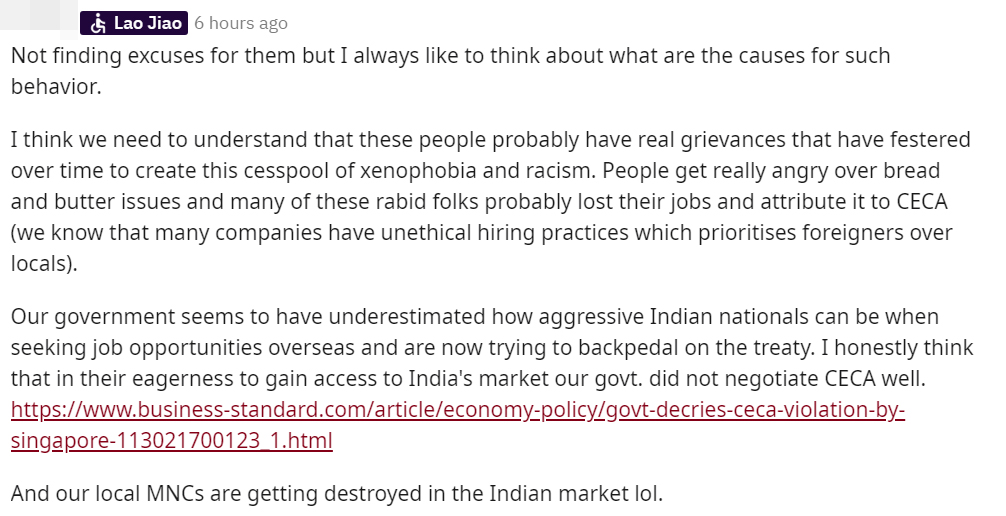 There may well be grievances behind these comments, and some may have even experienced retrenchments first-hand due to a preference for foreigners.

However, this shouldn’t be an excuse to question a boy’s nationality.

We are all human beings first

Reading such distasteful comments is truly disheartening and troubling.

After all, it’s one thing to be against our immigration policies, and another to be racist and xenophobic.

While we understand that there is some discontent towards immigration policies, this should not extend to denigrating people or selectively choosing to help some and not others based on their nationality.

At the end of the day, we’re all human beings, and we don’t wish for harm to befall anyone regardless of where they’re from.

Meanwhile, let’s hope that the 16-year-old returns home to his loved ones soon. If you happen to have any information regarding his whereabouts, do not hesitate to contact the police at 999. More information about him can be found here.