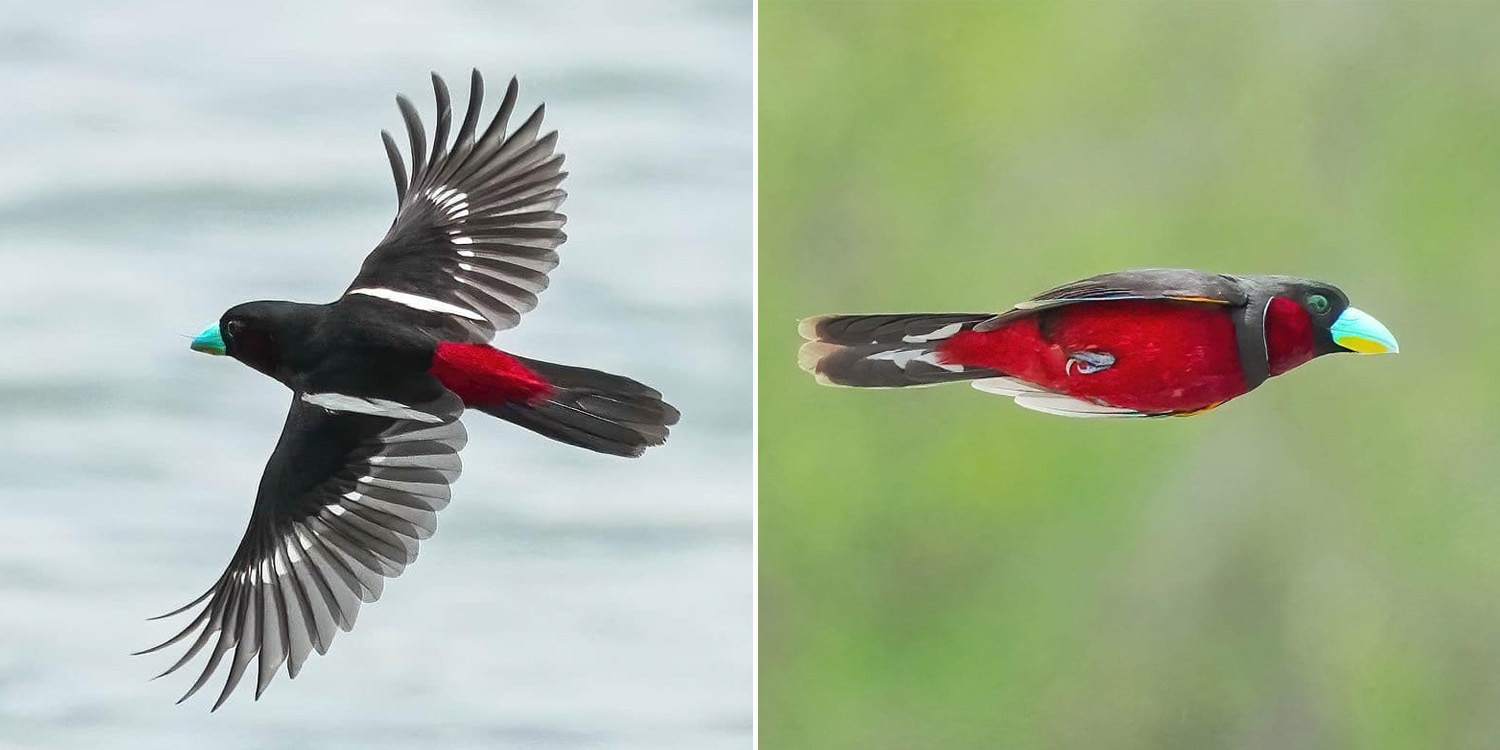 The broadbill was allegedly sighted only for a day.

Singapore is home to a wide variety of animals, ranging from otters to the occasional hornbill. Recently, photographers managed to spot yet another rare breed of wildlife at Pulau Ubin.

On Wednesday (5 May), two photographers shared pictures of a black and red broadbill on Facebook. 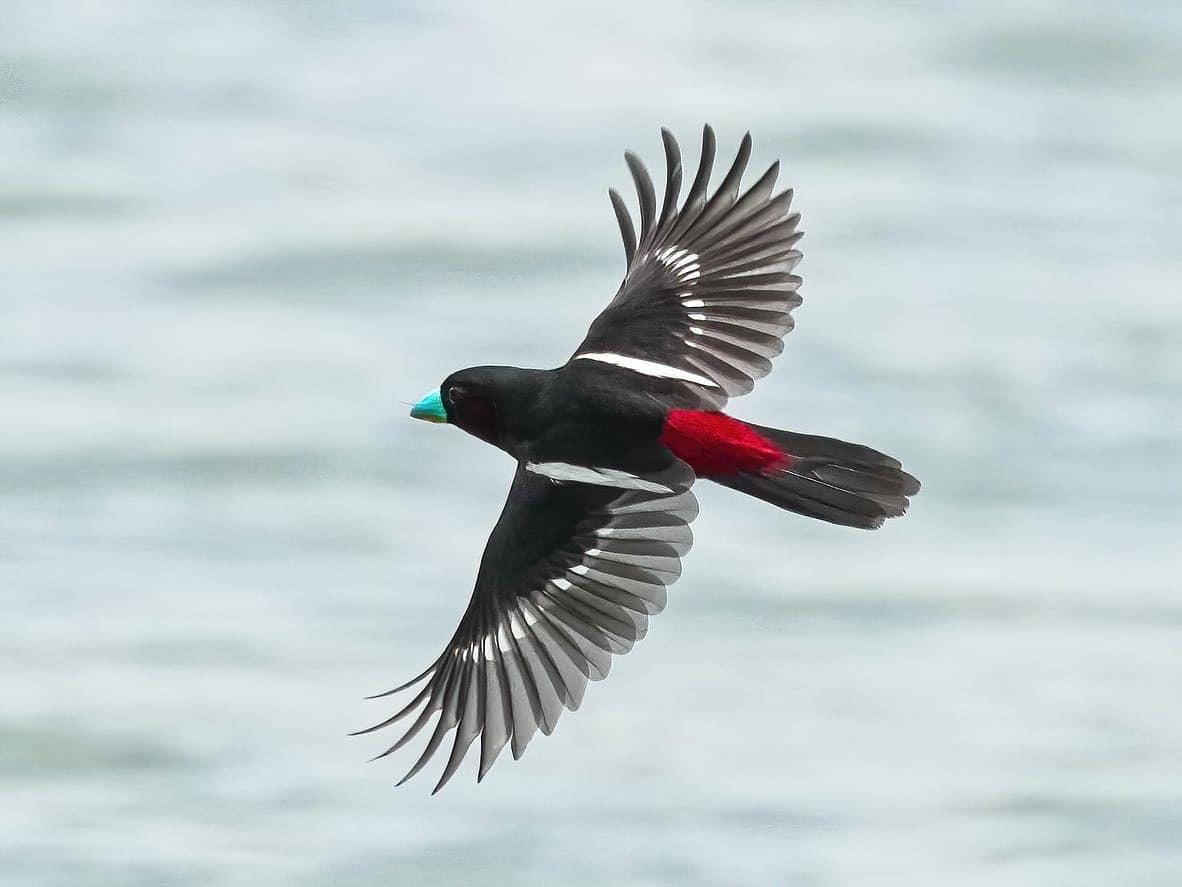 The pictures depicted the bird in beautiful technicolor, wowing netizens who saw them.

According to The Straits Times (ST), the black and red broadbill was once declared extinct in Singapore. After a few sightings over the years, the Singapore Birds Project now labels the species as a rarity in the nation.

One photographer, Andy Chew, posted images of the black and red broadbill mid-flight in the Nature Society (Singapore) Facebook group. 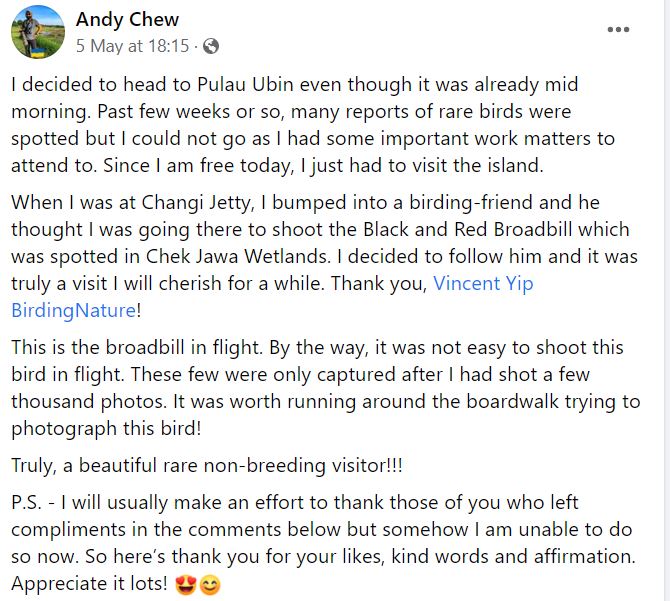 Speaking to MS News, he explained that the shot was in fact a coincidence.

After bumping into a friend at Changi Jetty who informed him about the recent sightings, they decided to head to Chek Jawa Wetlands in hopes of capturing some pictures of the majestic animal. 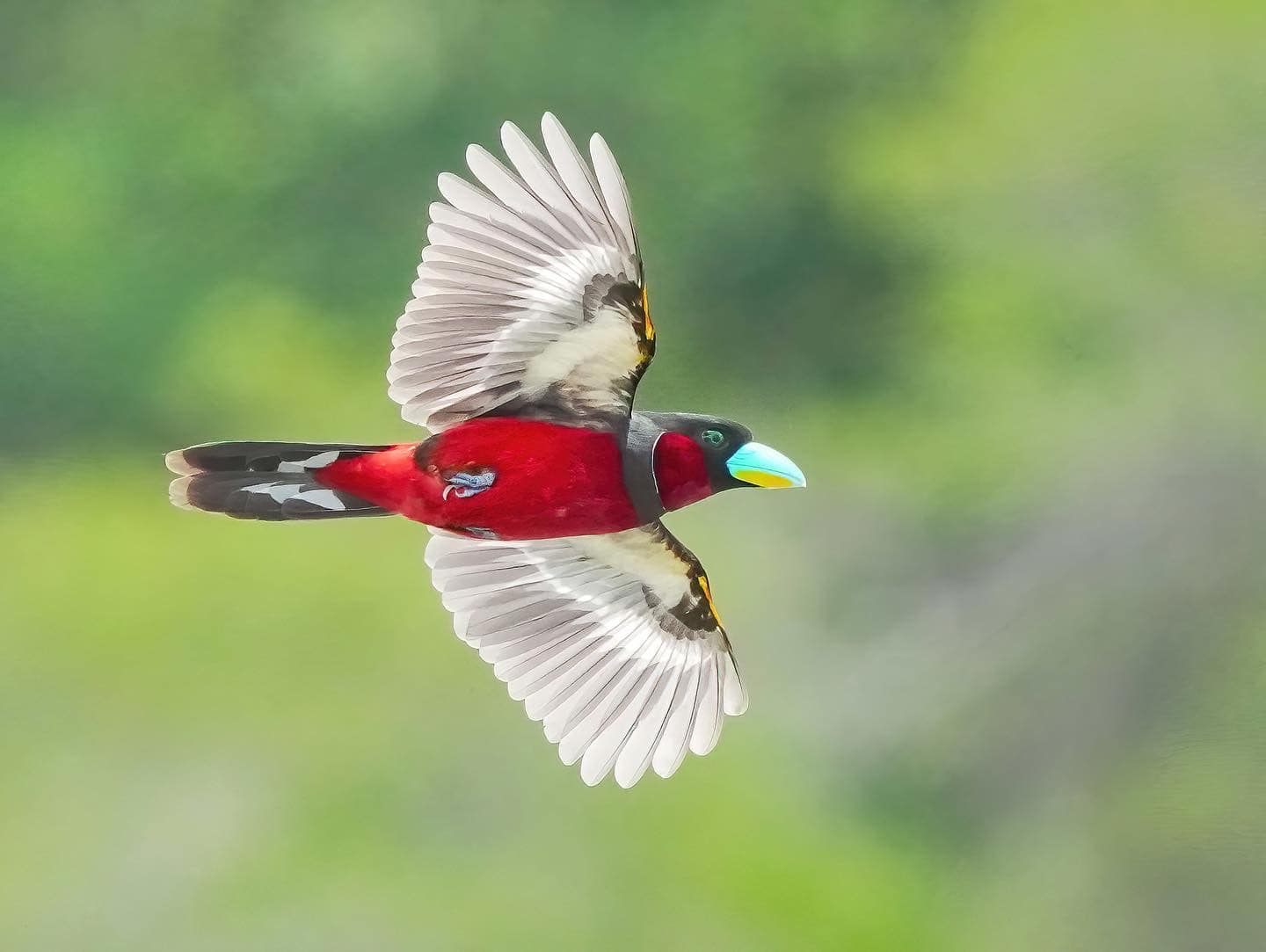 They arrived at around 10am and followed the lead of a few photographers in the area. The group then found the broadbill along the boardwalk.

Andy shared that it was not easy to take photographs of the broadbill mid-flight. However, he felt it was “worth” it to run around the boardwalk and try capturing images of the bird. 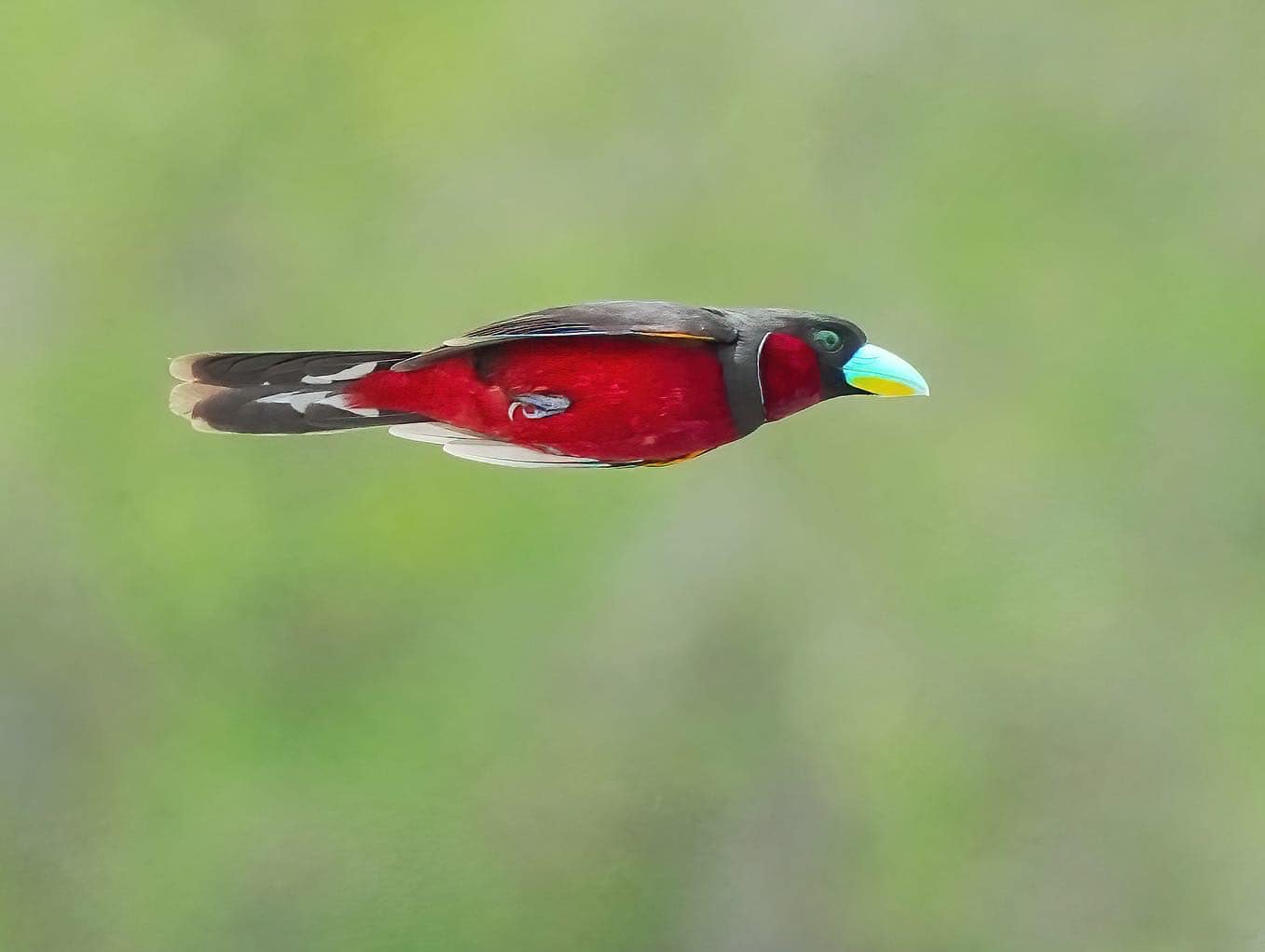 When more photographers arrived after noon to catch a glimpse of the bird, it went to a more secluded area of the boardwalk. This made it harder to continue the photoshoot, Andy explained.

The experience was fascinating for him, as he was entranced by the beautifully coloured bird and it’s turquoise bill. 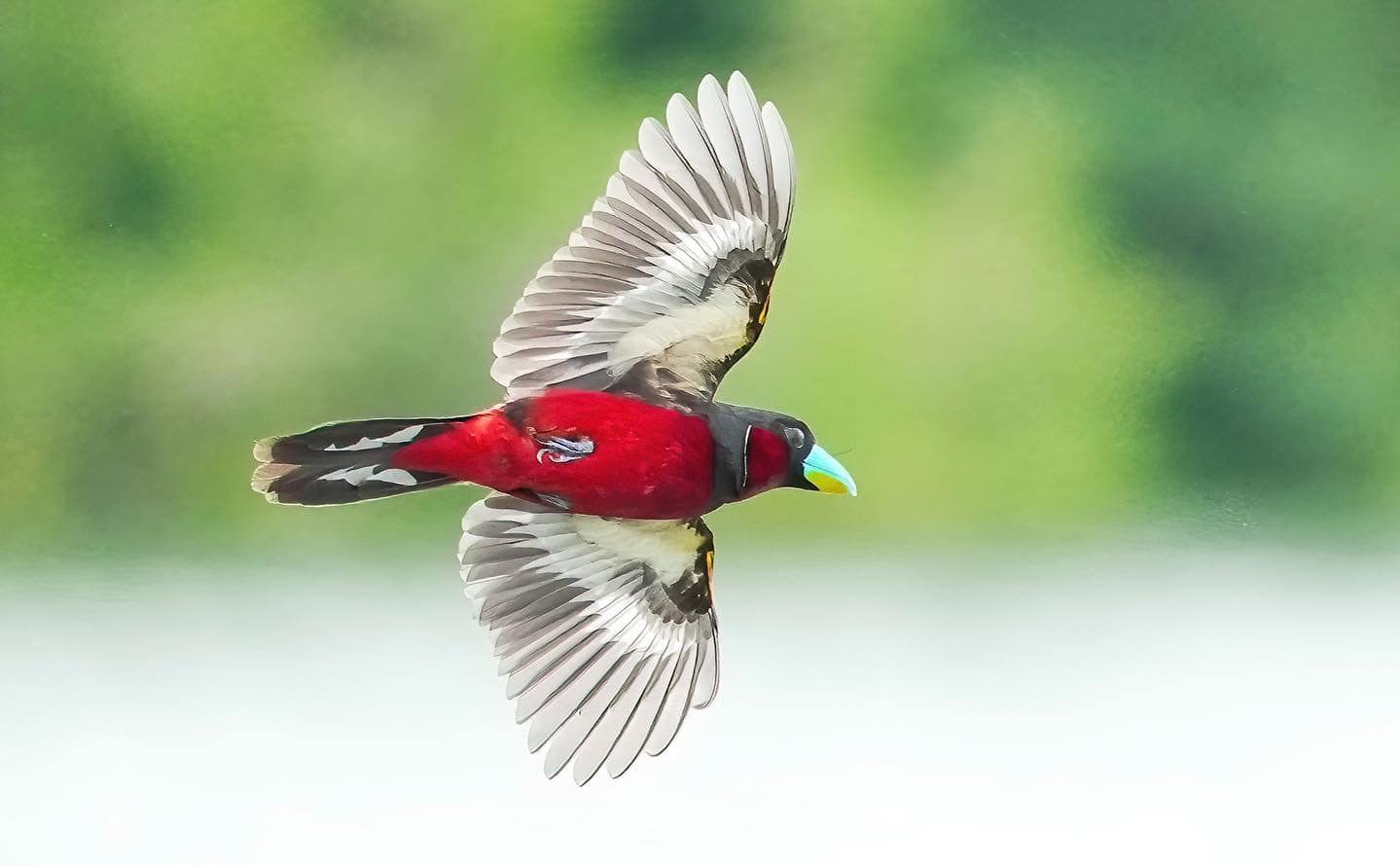 “When I heard that it is a very rare non-breeding visitor, I cherished the encounter even more,” he added.

According to Andy, birdwatchers and photographers only spotted the broadbill for a single day. Subsequently, there were no more sightings.

On the same day, another photographer, Chris Ang, was also able to capture pictures of the broadbill within Pulau Ubin. 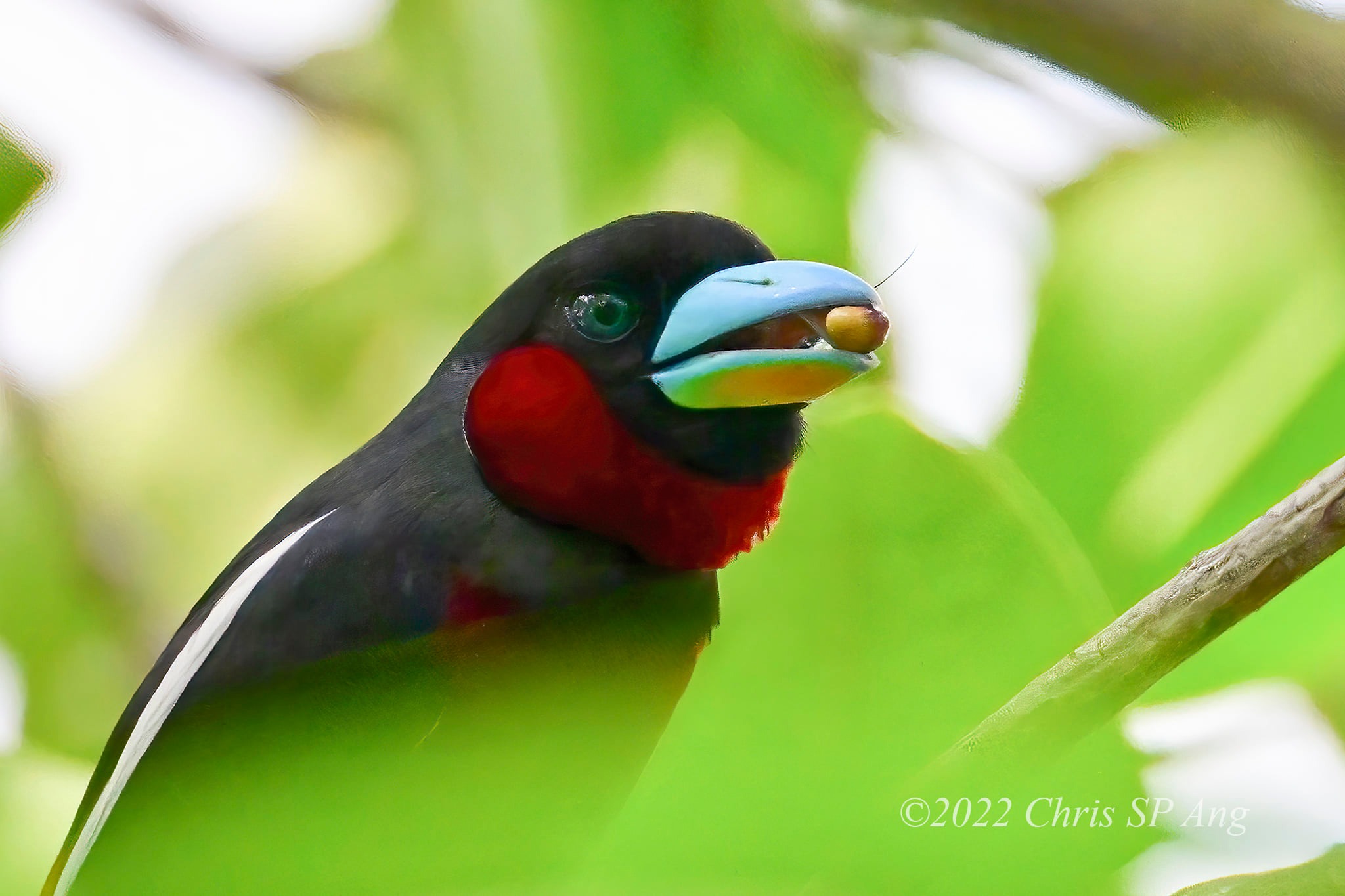 According to the Singapore Bird Group, the black-and-red broadbill was formerly a resident bird in Singapore. Sightings of the animal were frequent and common, especially before the 1980s. Soon after, the species’ population decreased rapidly and many considered it extinct.

However, the broadbill’s fortune was set to change. In Aug 2004, alert birdwatchers sighted one of its kind at the Discovery Trail at Pulau Ubin. The bird was a non-breeding visitor, most likely having arrived from Southern Johor. 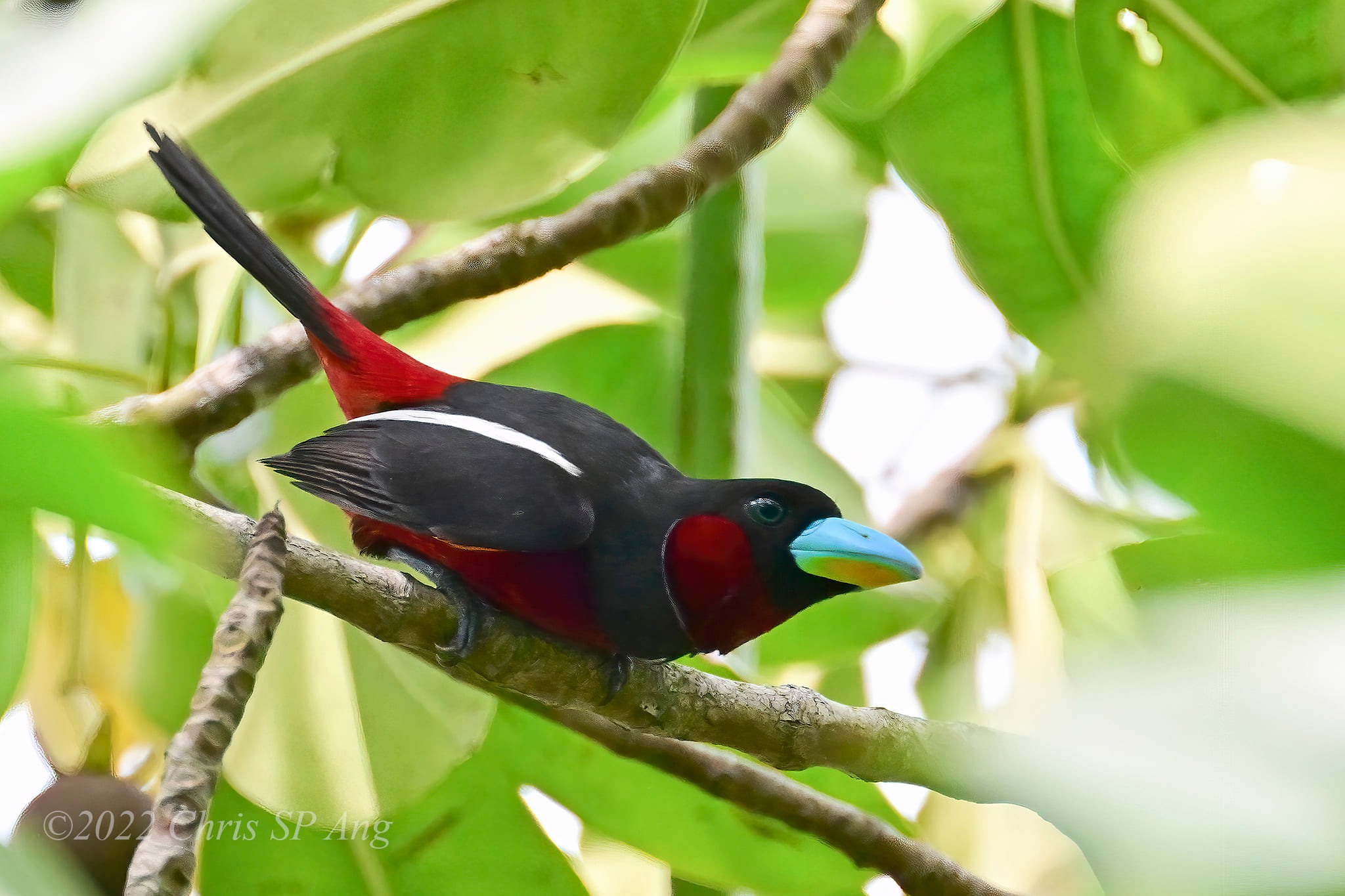 The broadbill was sighted again at Pulau Ubin in Aug 2017, more than a decade later – but this time having unfortunately passed away, claims the Singapore Bird Group.

In Mar 2019, bird ringers finally caught and ringed a broadbill at Sungei Buloh Wetland Reserve, the first sighting of the creature in modern day on Singapore’s main island.

In July of the same year, officials from both NParks and Nature Society (Singapore) conducting a joint survey reportedly recorded the fourth modern day sighting of the broadbill on Pulau Ubin.

Currently, the Singapore Birds Project defines the black and red broadbill as a rarity in the country.

Keep a lookout for the rare & exotic broadbill

All hopes for sightings of the broadbill in Singapore had seemed lost after the 1980s. However, the rare animal once again appearing on our shores is a second chance for us to welcome this exotic species.

Hopefully, more sightings of the broadbill will appear at Pulau Ubin in the coming weeks. If you are able to spot it in Chek Jawa Wetlands, do conduct your photoshoot with care as this is an already rare breed.