Istana Guards Stop Traffic So Otters Can Cross Road, They Become VIPs For The Day 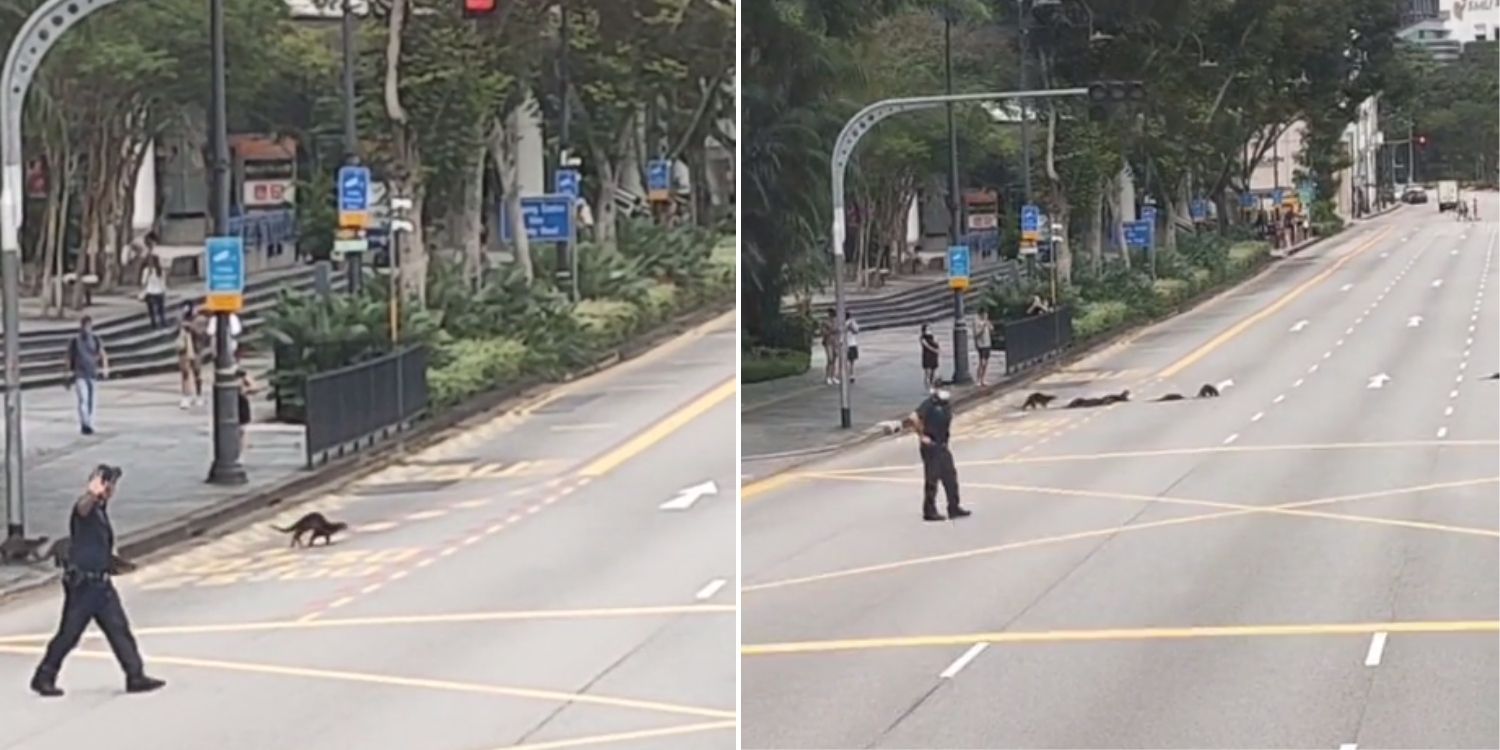 Make way for the presid- I mean, the otters.

Now, apparently, VIPs aren’t restricted to humans only, as some otters have received the royal treatment as well.

Very recently, Istana guards found themselves attending to the unusual group of visitors at the junction close to Plaza Singapura.

As road users stopped for the furry creatures, one can’t help but chuckle at the unlikely VIPs.

In what appears to be a recording from the point of view of a passenger on the upper deck of a bus, TikTok user @sgcoolguy1974 captured the adorable scene involving the otters.

From the clip, a group of guards can be seen standing by the side roadside just outside the Istana’s main entrance. At first glance, one might assume that they were ready to escort an eminent figure.

The OP even mentioned that they thought the President herself was leaving the Istana. 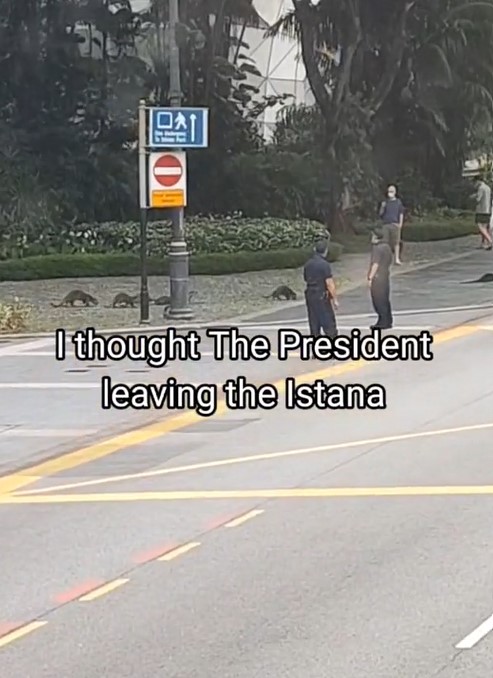 Unfortunately, Mdm Halimah did not make a surprise appearance. Instead, the guards ended up directing traffic to make way for a large group of otters.

As the guards raised their hands to gesture for motorists to stop, the otters scampered across the empty road.

A cheeky little otter seemed to have fallen behind at one point, but a guard thankfully noticed it and ushered it in the right direction. We’ve all been that lost sometimes.

Not long later, the ‘royal family’ reached the other side of the usually busy road safely, allowing other road users to finally move forward.

For road users and passers-by who were at the scene of the incident, witnessing the otters in action must have been an amusing experience.

Many TikTok users who saw the clip also shared that they had a good laugh.

Some joked that the otter family had just left the Istana after having a tea session with the President.

Others pointed out that the scene accurately represents the Singaporean habit of crossing roads a little carelessly. The term often used to describe that is the assumption that the road is “their grandfather’s road”.

On a serious note, many netizens expressed their gratitude towards the kind guards who ensured the animals’ safety.

No doubt, the Istana guards’ thoughtful gesture has touched our hearts.

The adorable scene has definitely given many of us a good laugh.

Kudos to the Istana guards for keeping the animals safe and the considerate road users for being patient while waiting to move off.

Hopefully, the otters won’t attempt to make such a risky crossing again, and they’ll get to wherever they’re headed safely.