Drinking alcohol when hanging out with friends is normal, especially among youths. But knowing when to stop is also important as some could get aggressive when intoxicated.

That was unfortunately what happened in the wee hours of Thursday (5 Aug), when a fight broke out between 2 men. Shin Min Daily News reported that police suspected alcohol was involved in the incident.

In a drunken rage, a 19-year-old who brandished a kitchen knife ended up attacking his friend. Thankfully, there were no fatalities from this incident.

Drunk youth gets into conflict at Bukit Batok HDB

According to Shin Min Daily News, a conflict between 2 men occurred at around 12.01am today (5 Aug) at Block 210A Bukit Batok Street 21. 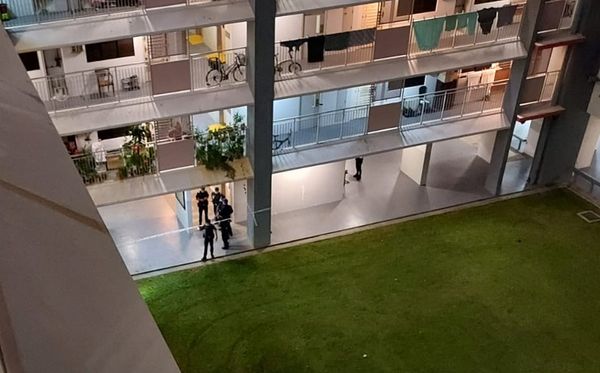 A witness who wanted to remain anonymous told Shin Min Daily News that he had seen 2 men arguing. At first, he thought it was just another petty argument. However, after hearing someone scream, the nearby police rushed to the scene to investigate.

Shin Min Daily also managed to interview another 26-year-old witness. Similarly, she had noticed 2 men under the block, but also allegedly spotted a lady with them.

Shin Min Daily News reported that the 19-year-old wrapped his hands around the other man’s neck, and repeatedly punched his head. However, he allegedly did not stop there.

Brandishing what appeared to be a kitchen knife, he slashed the other man 3 times on the head, waist, and chest.

After the incident, the victim reportedly sat on the floor while the lady cried by his side.

A third witness who also wished to remain anonymous told Shin Min Daily News that the 19-year-old immediately ran home. However, he was later arrested by the police for voluntarily causing grievous hurt using a dangerous weapon.

Victim reportedly a good friend of the attacker

In response to Shin Min Daily News’ queries, the police revealed that the victim was a 31-year-old man. He was still conscious when the ambulance brought him to the hospital.

When reporters arrived at the scene, they allegedly noticed a trail of blood that was about 10 metres long. It was believed that the CCTV installed nearby captured footage of the attack. 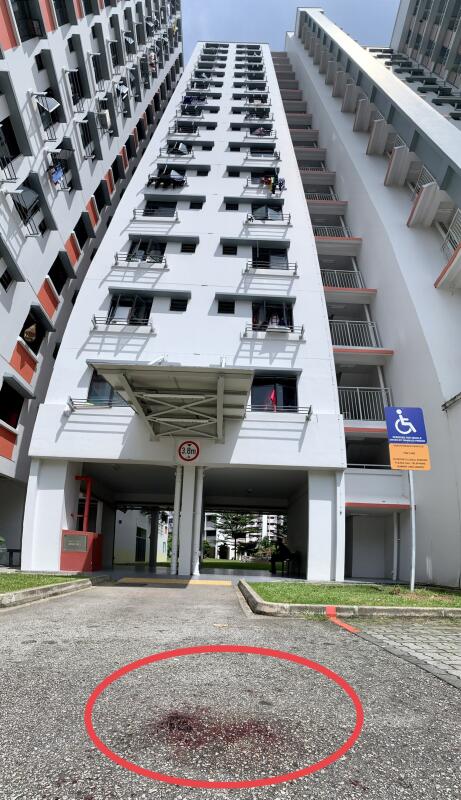 Shin Min Daily News reporters found out from the 19-year-old’s mother that he had been good friends with the victim for many years. She apparently mentioned that her son only became aggressive under the influence of alcohol.

No need to get aggressive

Though conflicts may arise among friends sometimes, there is no need to get physical or aggressive.

In this situation, since alcohol may have played a part, it serves as a reminder to control our consumption too. Hopefully, the youth will learn this important lesson.

As for the victim, we hope that he will have a speedy recovery.