Elderly Bukit Merah Resident Has Over 14 Pets In Flat, Volunteers Hope To Rehome Them 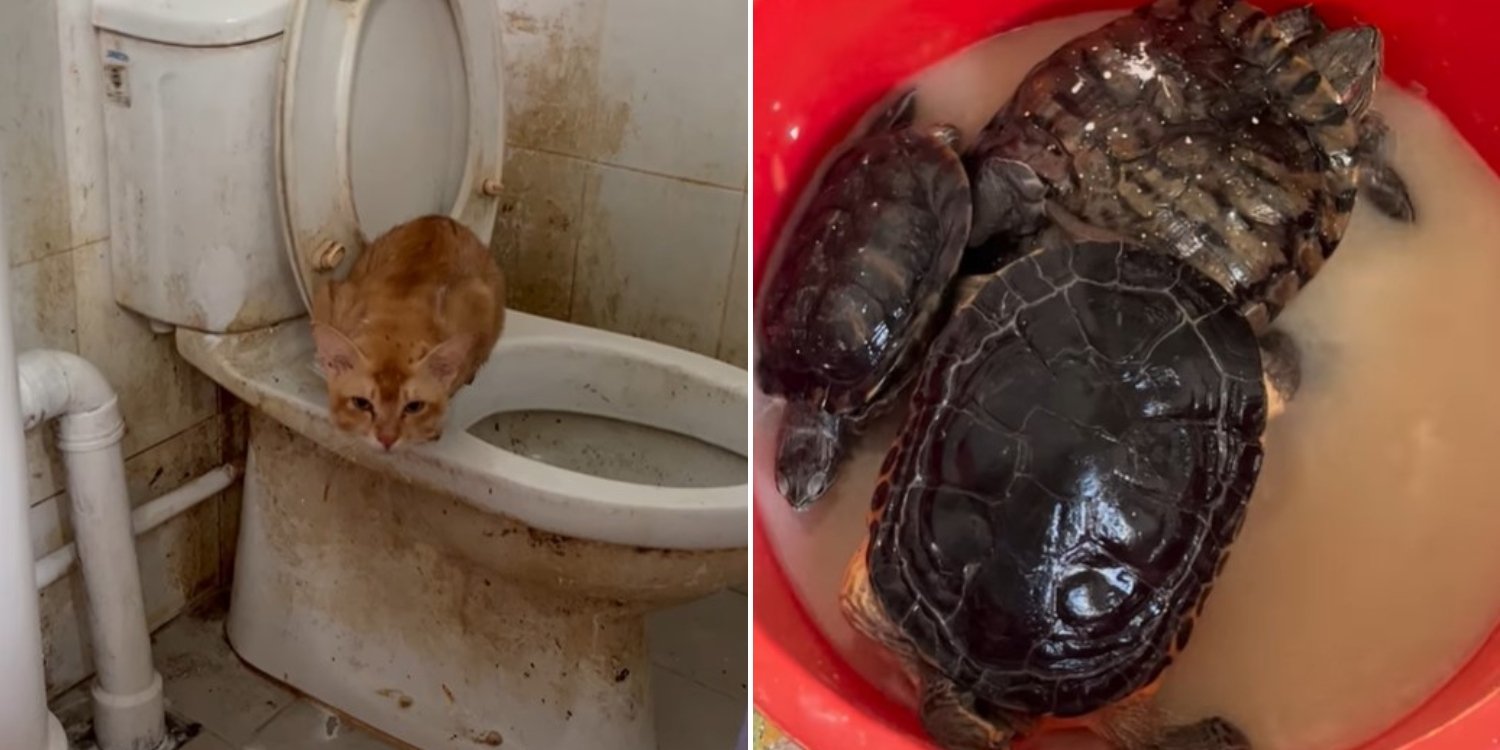 Pets include cats, tortoises and a rabbit.

Old folks can be notorious for being extremely stubborn and set in their old ways.

So much so that even in the direst of situations, they refuse to change for the better or accept help.

That was apparently the case for one elderly woman living in a rental flat at Bukit Merah.

Her home was in pretty bad condition and she had a habit of hoarding items as well.

Also living with her were at least 14 pets, including cats, a rabbit, and even tortoises.

While volunteers have managed to find foster homes for the rabbit and tortoises, they are still looking for people to care for the cats.

On Sunday (26 Jun), a Facebook user shared a post containing an urgent plea for cat fosterers, adopters, and caregivers.

She also appealed for help with animal food, supplies, and vet bills. 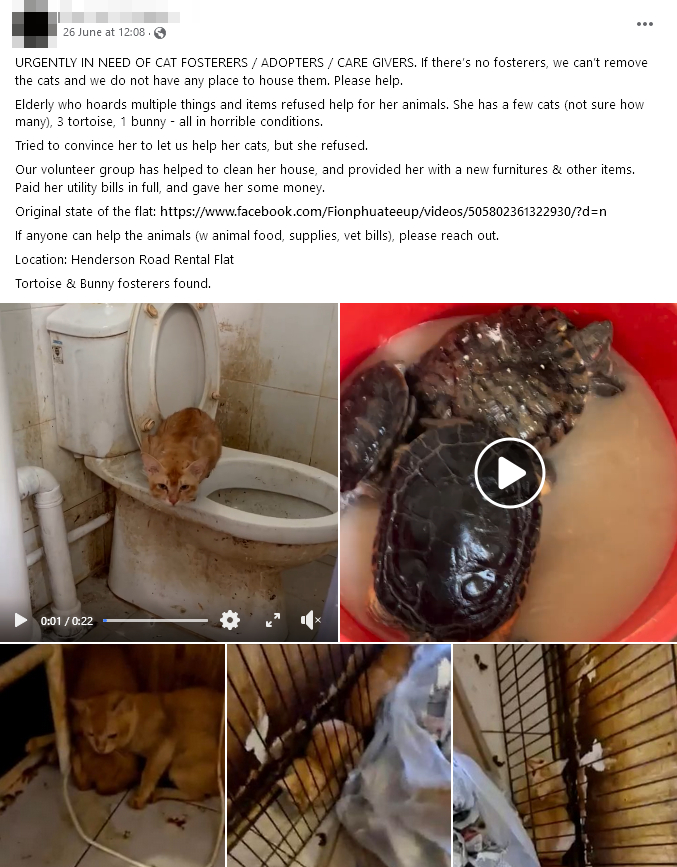 In her post, she explained that she needed people to care for the felines after they were found in a Henderson Road rental flat.

An elderly lady had been keeping them, along with three tortoises and a rabbit, in “horrible conditions”. The woman also had a habit of hoarding items.

Another user did a live stream of the unit, showing how messy it was. She also revealed that there were “more than 10 cats” inside, and some of them had injuries. The first post had footage of three tortoises in a red basin, cramped together in a shallow pool of murky water.

In another clip, two cats occupy the dirty toilet. One of them looks particularly pitiful as it seems to look in the direction of the camera with sorrowful eyes.

Although the OP said that volunteers offered to help the elderly woman’s cats, she refused any assistance.

Despite not being able to offer them a better environment, the elderly lady really loves her cats, said the user who posted the live stream.

As it stands, the volunteers cannot rehome the cats without a direct replacement in the form of a fosterer. They can’t rescue the cats first either as they do not have the space to house them.

In the meantime, non-profit group Keeping Hope Alive has helped to clean the house and get rid of all the trash. They also got workers to paint the walls, transforming them from yellow to white.

Additionally, they gave her new furniture, paid her utility bills, and gave her some money.

Speaking to MS News, the OP shared that the Animal & Veterinary Service (AVS) is aware of this case and is working closely with the volunteers.

If you or anyone you know is able to help, please reach out to the OP via her Facebook page here.

Hope fosterers can step up to rescue these creatures

Unfortunately, stories of the elderly living in poor conditions are nothing new.

Thankfully, there are folks out there with big hearts who are willing to go out of their way to help improve the lives of these people, who may not have the means to do it themselves.

In this case, we hope that fosterers will step up and help these poor cats that deserve a better home.