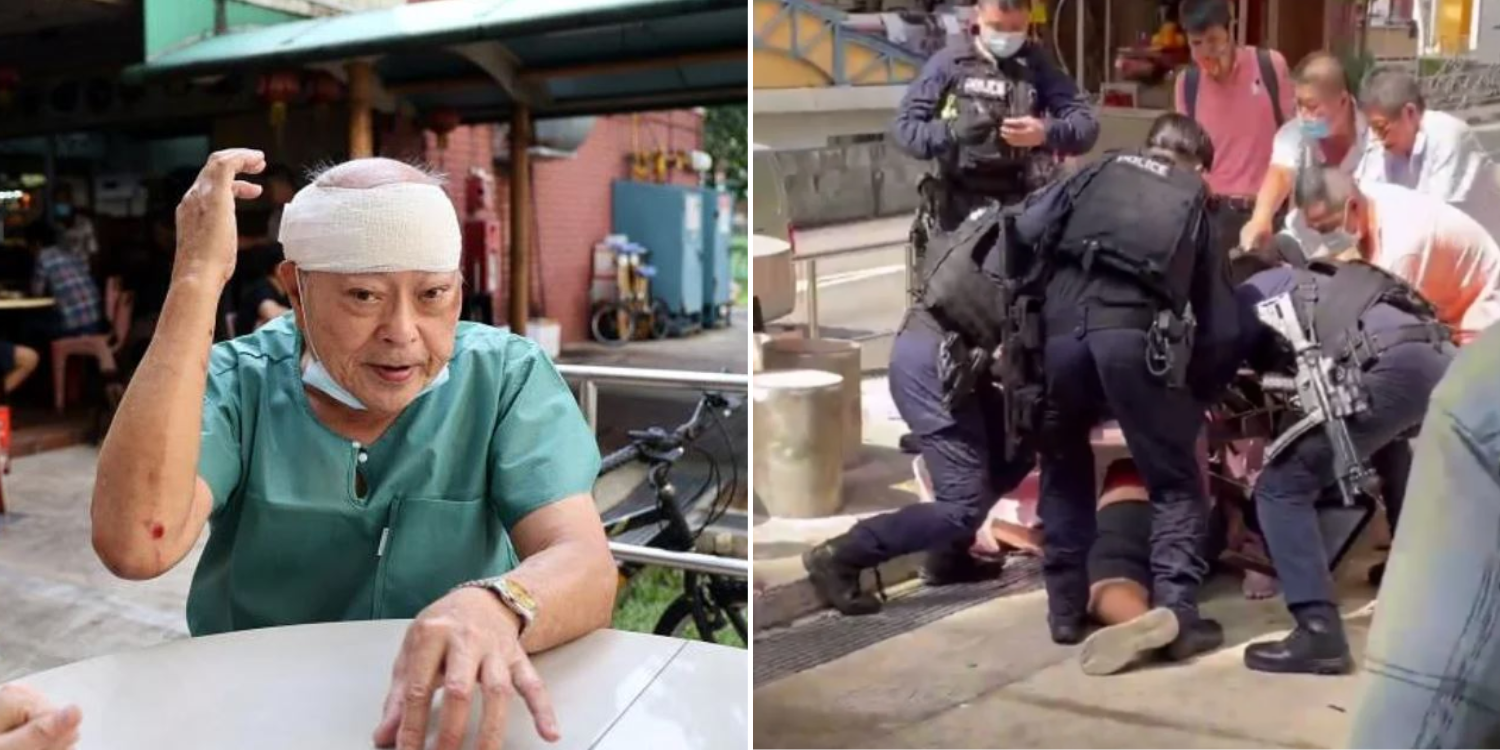 During their first encounter, the victim was allegedly shortchanged S$1.

Earlier this week, a nasty fight broke out at a kopitiam in Bukit Merah, landing one person in the hospital, where he received stitches.

Though subsequent reports revealed that the victim and assailant know each other, the question remains as to what caused one of them to brutally assault the other.

Now, the victim has come forward to share that he has had an existing beef with his attacker that started three years ago, when they got into an argument over a S$1 change. 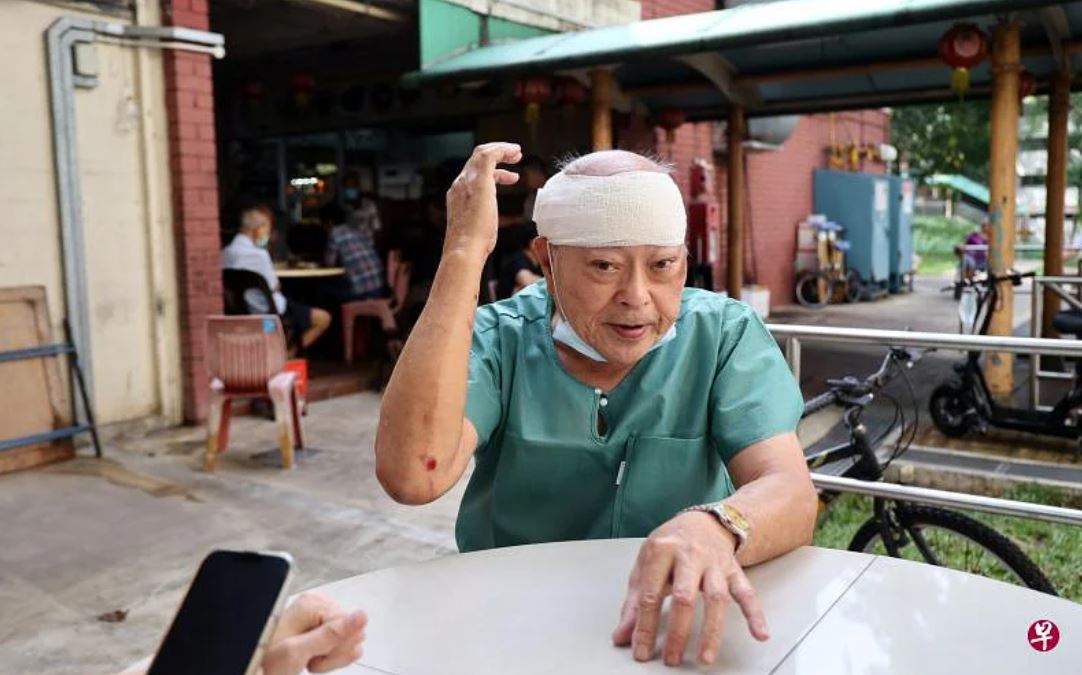 Prior to the bloody incident, the attacker had apparently punched the victim on another occasion in June.

Speaking to Lianhe Zaobao, the 75-year-old victim Chen Jinshun (transliterated from Chinese) said he first met the attacker about three years ago.

That fateful day, Mr Chen had gone to Telok Blangah Food Centre to buy some dough fritters or you tiao. He paid for his purchase but allegedly received S$1 short in change from a stall assistant. Mr Chen and the assistant subsequently got into an altercation and the former decided not to return to the stall.

The 75-year-old told the Chinese daily that he had originally forgotten about this incident until late last year when he had a brief encounter with the assistant.

Mr Chen thought nothing more of it until 9 Jun this year, when he was playing chess with some friends at an undisclosed kopitiam.

Without warning, the assistant came from behind and struck the elderly man in the face, causing him to fall.

Mr Chen fled after getting on his feet and eventually lodged a police report.

Charged at victim with knife

On Wednesday (29 Jun), Mr Chen was spectating a chess game when the same 50-year-old assistant made an appearance.

This time armed with a knife, the younger man charged at the older gentleman.

Upon noticing his advances, Mr Chen reportedly made a run for it but somehow fell, allowing the assistant to slash away at the back of his head.

Thankfully, other patrons at the coffee shop managed to subdue the assistant by using plastic chairs.

The 75-year-old was subsequently conveyed to Singapore General Hospital where he received seven stitches before being discharged.

Hope both parties will let bygones be bygones

While it’s difficult to imagine why anyone would get into an altercation over S$1, it’s even more puzzling as to why someone would hold onto such a grudge for three whole years.

In any case, we hope Mr Chen makes a swift and smooth recovery from the injuries sustained.

We also take our hats off to the patrons who bravely intervened, without which, Mr Chen could’ve possibly suffered worse injuries.