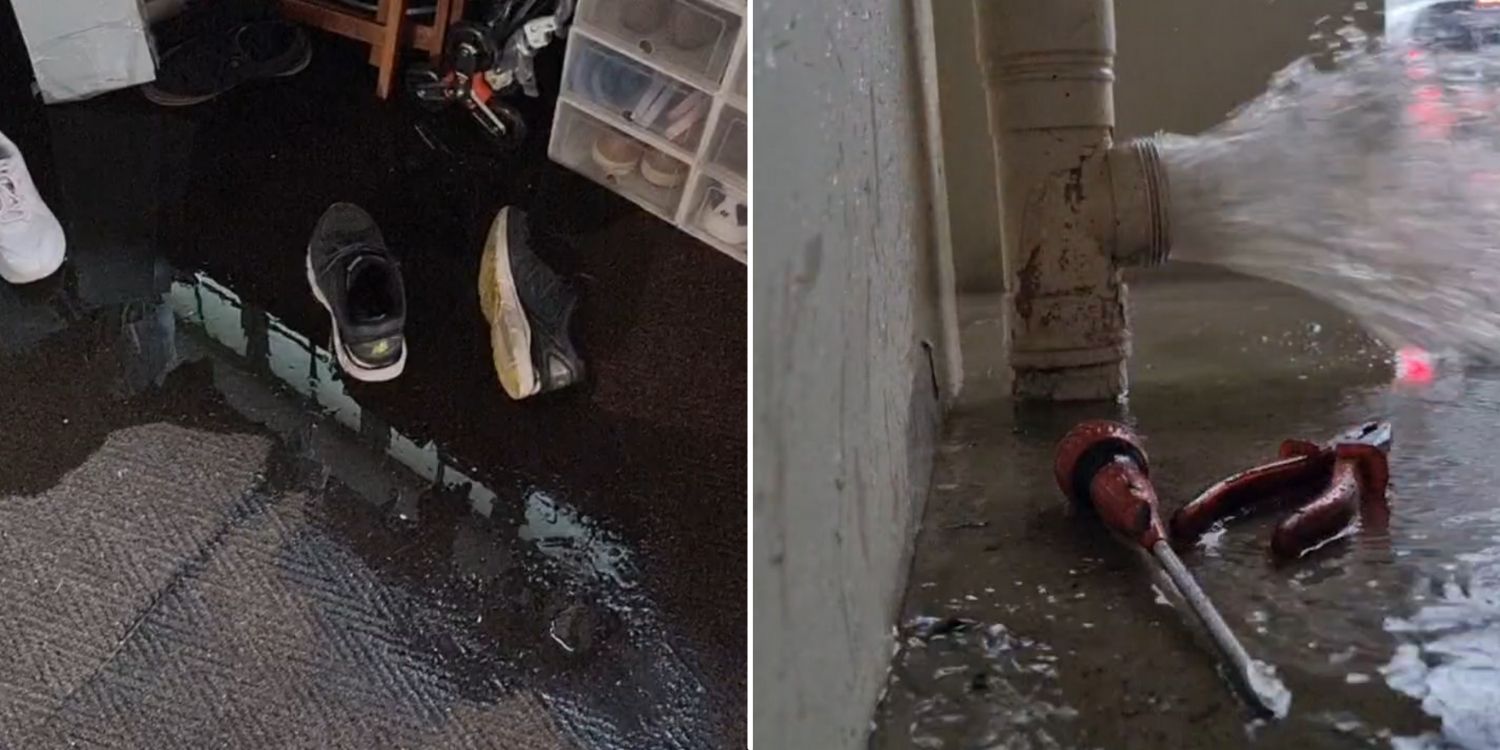 Apparently not the first time.

Singaporeans have welcomed the rainy weather in recent weeks after bouts of scorching heat left us searching for respite.

While some of us get to cosy up in the sweater weather, a Bukit Panjang resident has had to fight a case of flooding along her home balcony caused by the heavy rainfall.

A resident at Block 273 Bangkit Road shared a video of her home’s most recent flooding incident on Monday (15 Aug).

As it was not her first rodeo, she quickly ran downstairs and unclogged one of the pipes in the HDB block to resolve the issue.

On Monday (15 Aug), Ms Rennes Lee shared a video of her latest flooding incident and how she resolved the issue.

In the one-minute clip, she first showed how her balcony was “flooded again”, with many of her belongings drenched.

Knowing exactly what to do next, she quickly ran downstairs with a pair of pliers and a screwdriver.

She then uses the tools to unscrew a pipe in the HDB void deck, hitting and twisting the cover till it comes undone.

After going at it for a while, the pipe cover finally loosened, and water came gushing out of the pipe.

Ms Rennes later returned home to a flooded balcony, with many of her belongings – like shoes and parcels – drenched.

The rest of the video shows her mopping and cleaning up the balcony as she tries to dry the area.

Other units at the block apparently face similar issues

However, she mentioned that her father has been raising the issue to the town council for years, but responses have always been slow.

She added that other units in the block also experienced the same issue.

Ms Rennes also claimed that the town council would mark the issue as “done” even though the pipes remained clogged.

As of Tuesday (16 Aug) afternoon, Ms Rennes shared that folks from the town council had arrived to check on the issue again. 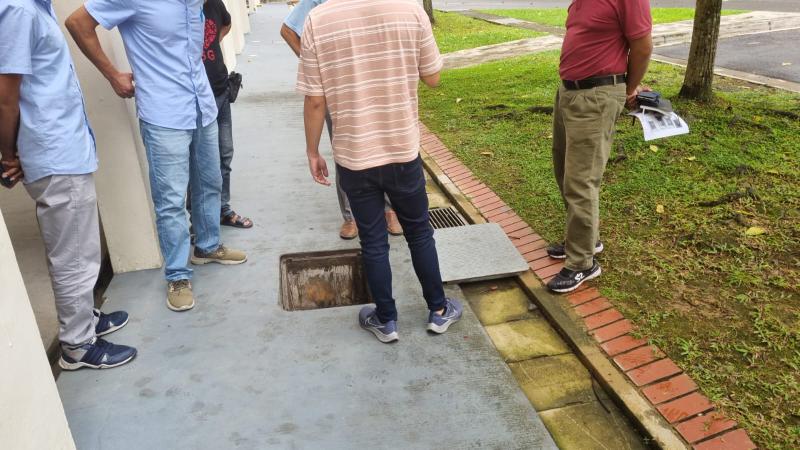 “We have personally met and apologised to Mr Lee and his family for their unpleasant experience.

“Our site investigation revealed that the underground manhole located next to Block 273 Bangkit Road was clogged and overwhelmed. Hence, it resulted in the flooding incident,” she said.

Based on the town council’s operational records, the sewer line was last flushed in February this year.

“Despite this, the town council has reiterated the residents’ concerns to the HIP Project Team. They will be stepping up focused efforts to conduct regular flushing of the manholes at the worksite,” she said.