The girl's mother was also criticised for filming and posting her reaction.

Every kid has passions or hobbies growing up, be it playing video games, creating art, or listening to music.

For many youths in Asia, K-pop has undoubtedly been one of the biggest genres of the past decade.

From collecting bands’ photocards to welcoming them at the airport, there are many ways for fans to express their adoration.

Sadly, one young devotee’s journey had a heartbreaking ending after she came home to discover that her father had burned her entire K-pop collection. 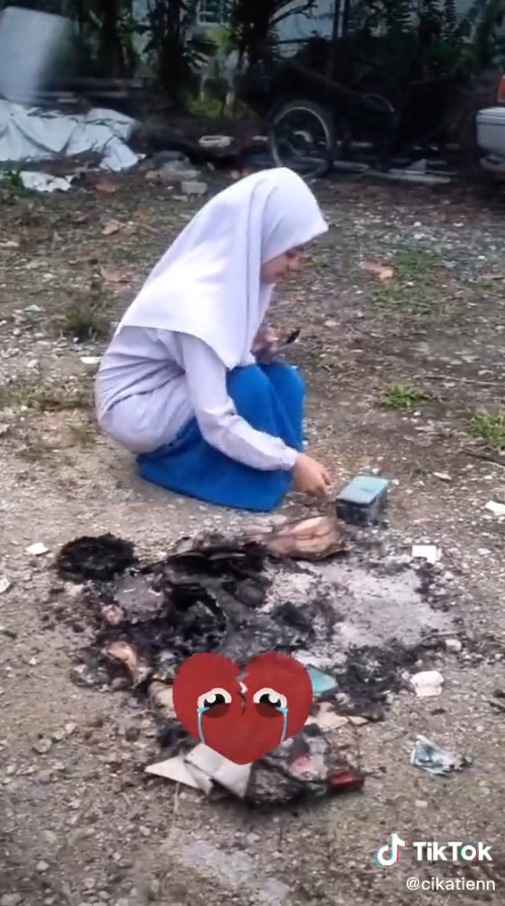 Her father allegedly disapproved of her interests, but the sudden punishment caught her by surprise and left her in tears.

The incident went viral when the Malaysian high schooler’s mother captured her reaction in a TikTok video.

It sparked backlash right away and spread to Twitter, where it was seen and reshared by more people.

The video shows the girl wiping away tears in her bedroom as she realises her K-pop collection is gone for good.

In the text overlay, her mother reveals that the girl was upset as they had not obtained her permission to get rid of the items beforehand.

Furthermore, the girl had spent a lot of money on the merchandise. Some were also gifts from friends.

Among the burned items were journals of her own creation, which were reduced to ash as well.

The following scene shows the girl rummaging through the remains outside her house, desperate to find anything that might still be intact.

It is likely that the girl’s father acted of his own accord as the mother advises parents to have an amicable discussion with their kids if they disagree with their interests.

She also notes that her daughter’s interest in K-pop was healthy and not to the point of obsession. 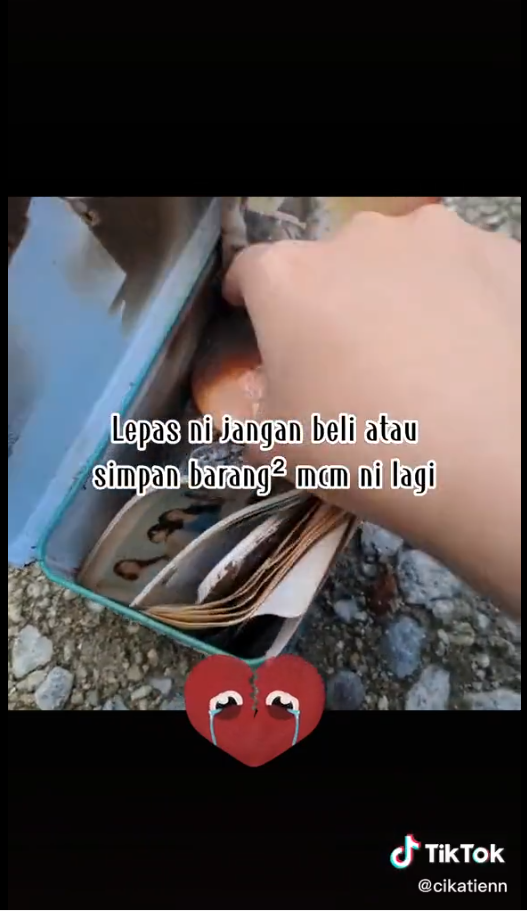 In the end, the girl managed to recover a metal box containing badges and photocards of various artistes, along with fragments of posters.

Numerous netizens disagreed with the father’s harsh punishment, saying there were better ways to handle the matter.

Although the mother has since removed the original video, users still flooded the comments section under her other posts.

In a video that shows her daughter’s process of K-pop journalling, users said her parents should be encouraging her creativity instead.

One TikToker questioned if the girl’s father is aware that journalling is a talent and suggested she could have a career in graphic design.

Another expressed concern for the girl’s mental state, remarking that journalling is actually a good stress-coping mechanism.

Under a separate video in which the girl’s mother shared a montage of their selfies together to show she’s fine, netizens worried that she may have been traumatised for life.

A TikTok user said it was too late to get her daughter’s love back and that only those who have been in her position would know what it feels like.

They also added that the girl would never forget what happened to her.

Although the mother was not the one who burned the collection, a netizen criticised her for filming the girl instead of consoling her.

So controversial was the incident that it grabbed the attention of mainstream news outlets, including K-pop news site Allkpop.

The news went viral on their Facebook page, with the majority of followers agreeing that the child would be traumatised.

It also inspired Public Health Malaysia, a popular health and wellness-focused Facebook page, to upload a post guiding parents on how to navigate their kids’ interest in pop idols in a healthy way.

The widespread coverage eventually prompted the girl’s mother to post an apology for posting the original video.

She wrote that she did not intend to expose anyone with the video. She also did not expect it to go as viral as it did.

Lastly, she said that she forgives everyone who has criticised and slandered her family.

Hope the girl and parents can come to an understanding

It is heart-wrenching to see the girl’s reaction to her beloved K-pop collection reduced to ashes.

Although her parents probably meant well, the outcome may not have been the best reflection of their good intentions.

Hopefully, the girl and her family can seek to understand each other better to keep such things from recurring in future.