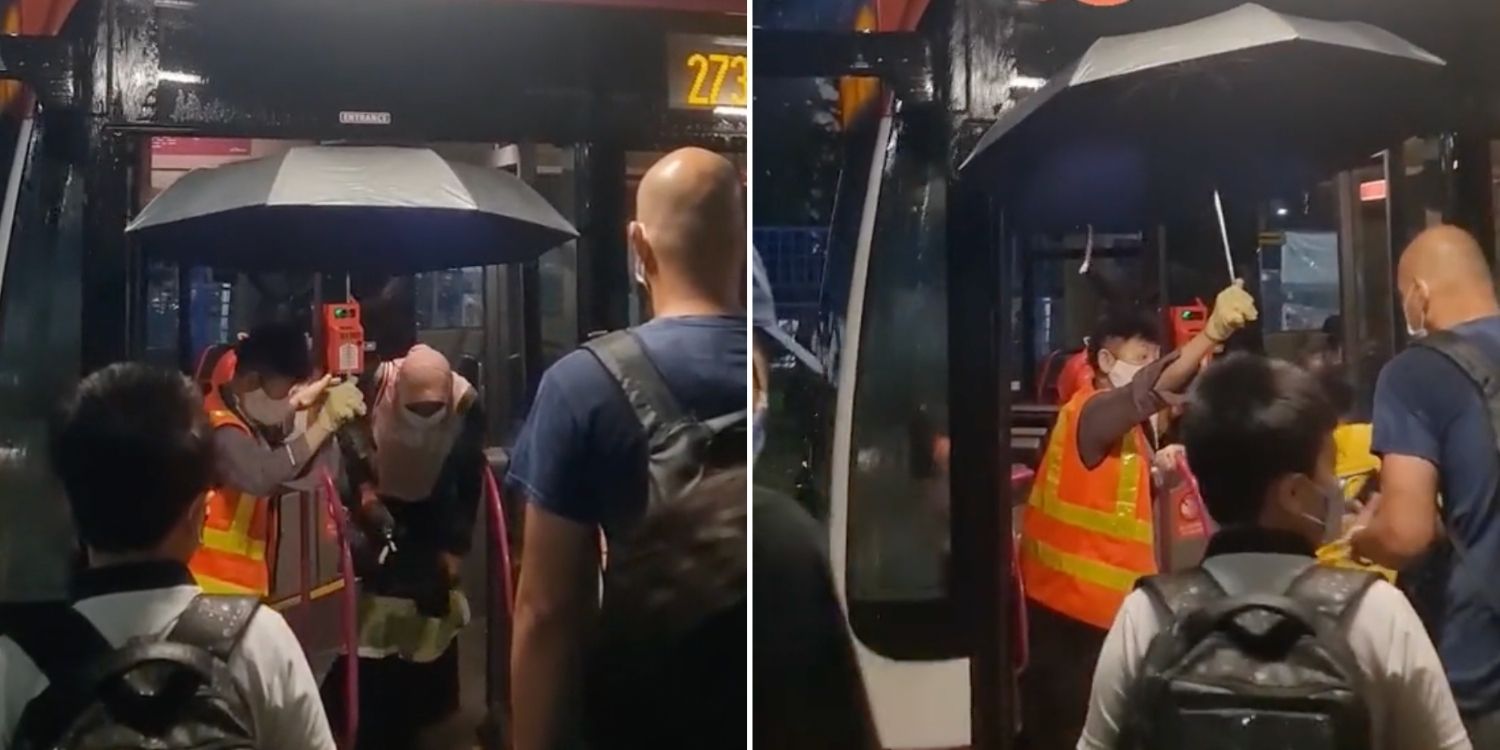 Many were touched by his kind and considerate act.

While the bulk of bus captains’ job scope involves getting passengers from one destination to another, many go above and beyond to ensure commuters are safe and comfortable.

A bus captain was recently seen holding an umbrella for boarding passengers amid heavy rain in Bukit Merah.

Netizens were expectedly touched by the driver’s actions and lauded him for going out of his way to ensure the passengers are not drenched.

In the TikTok video shared by user @ngy_92 on Thursday (7 Apr), a service number 273 bus was seen pulling into a bus bay in the pouring rain.

Before allowing passengers to board from the front, the driver opened a huge umbrella inside the bus.

After twirling it several times, the bus captain opened the doors and held the umbrella up high at the entrance. 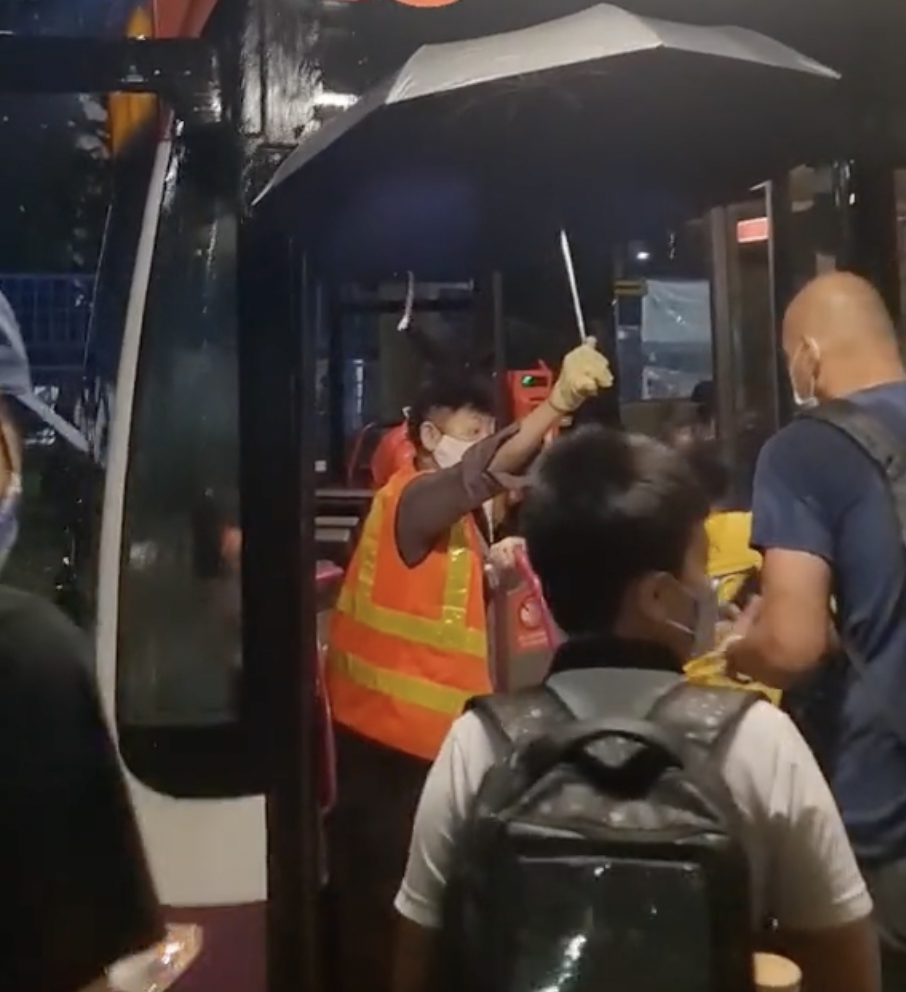 The large umbrella shielded passengers as they alighted and boarded the bus through the right side of the front doors. 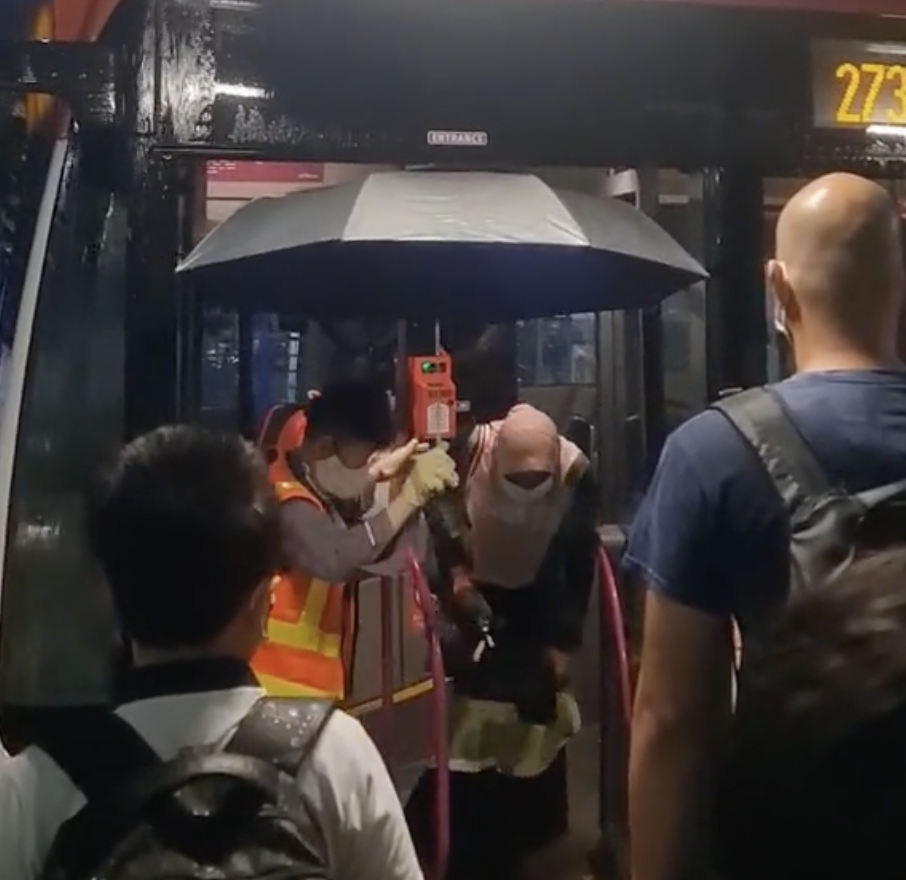 Though the bus captain’s kind actions allowed people to board the bus without getting wet from the rain, some were worried about time constraints.

But many were touched by his considerate act and expressed their gratitude in the comments section.

Another person instead focused on the behaviour of the passengers, asking if the driver’s efforts were appreciated by those he helped.

Bus captain went the extra mile for his passengers

Bus captains work tirelessly day and night to ferry us to our destinations punctually and safely, and we should appreciate all their hard work.

On top of that, this bus driver even went the extra mile to shield his passengers from the rain with an umbrella.

We hope his kindness will inspire others to do something nice for someone else and brighten up their day.