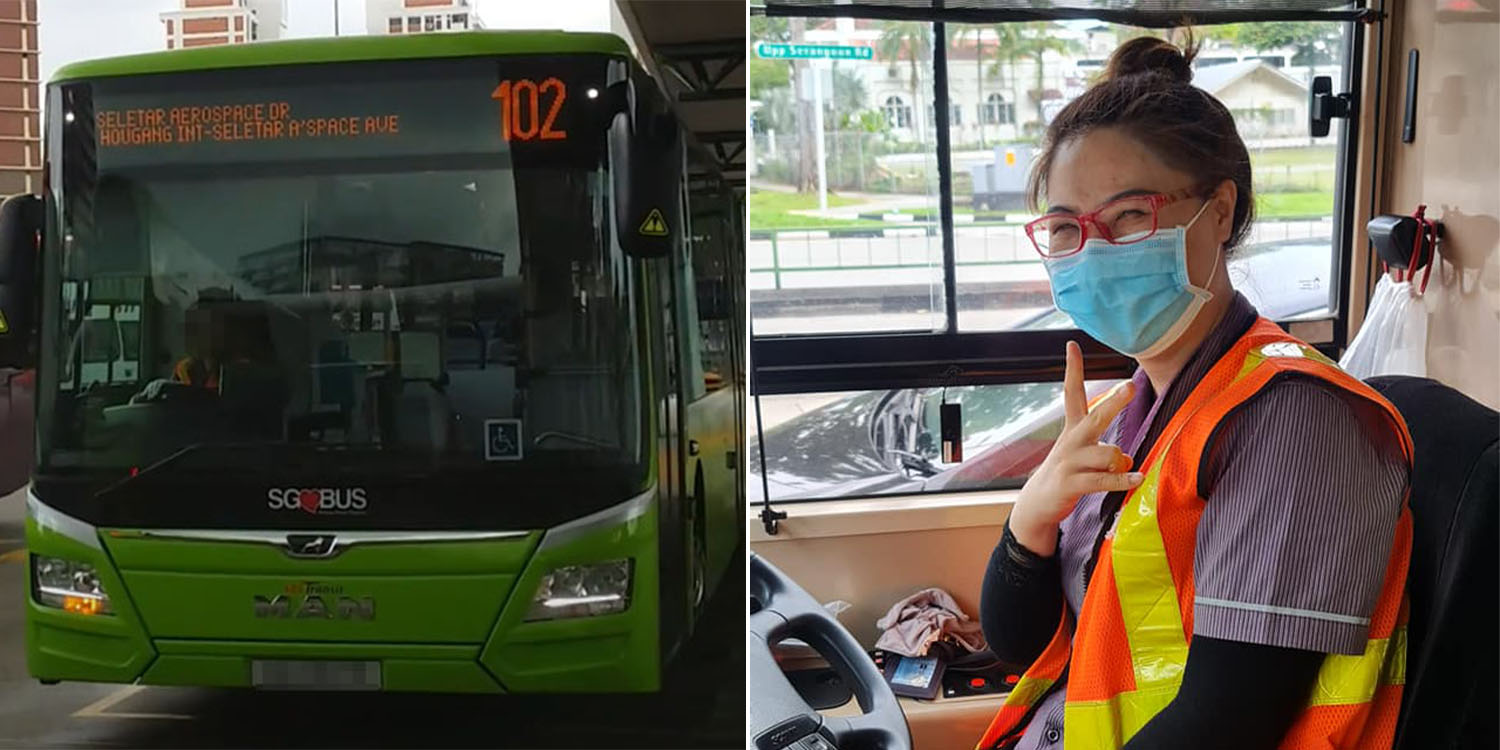 Bus Captain Gives Man Mask, Saving Him Trouble Of Going Home To Get One

Although wearing a face mask outdoors has been mandatory since 14 Apr, we’ve all probably forgotten to wear one at some point since.

This happened to a Singaporean man on Saturday (21 Nov), and he was lucky enough to find someone who saved him from having to run home to get his mask.

Feeling grateful, he thanked the person – who turned out to be an SBS Transit bus captain – on social media. Bus captain offers man mask after he forgets his But he’d clean forgotten to wear his mask out – a more common occurrence than you think – and only when he boarded the bus was he reminded of this.

The bus captain, identified by SBS Transit as Ms Shi Yun, had politely pointed this out to Mr Ho in Mandarin, as follows:

“Good morning sir, you forgot to wear a face mask”.

Realising his oversight, Mr Ho apologised and stepped out of the bus, about to run back home to get a mask when Ms Shi Yun called out to him to come back.

He was already about 5 metres away from the bus and initially couldn’t hear what she was saying, so he went back.

What’s the matter, he asked.

Turns out, she offered him some spare masks that she had on her possession.

She even asked if one mask was enough.

Wanting to leave a compliment for her on Facebook, Mr Ho asked if he could take a picture of the bus captain.

SBS Transit then picked up on the story and gave their kudos to both Ms Shi Yun for her act, and Mr Ho for sharing the wholesome story.

Sometimes it seems like we only remember when negative incidents involving bus captains occur.

However, the vast majority strive to be kind despite the challenges they face on a daily basis.

While not wearing a mask outdoors is punishable by law, oftentimes people simply forget to wear them out. We’re glad that the bus captain gave the man the benefit of the doubt and offered him one.

We definitely can do with more of such kindness, not just among bus captains but also in general.