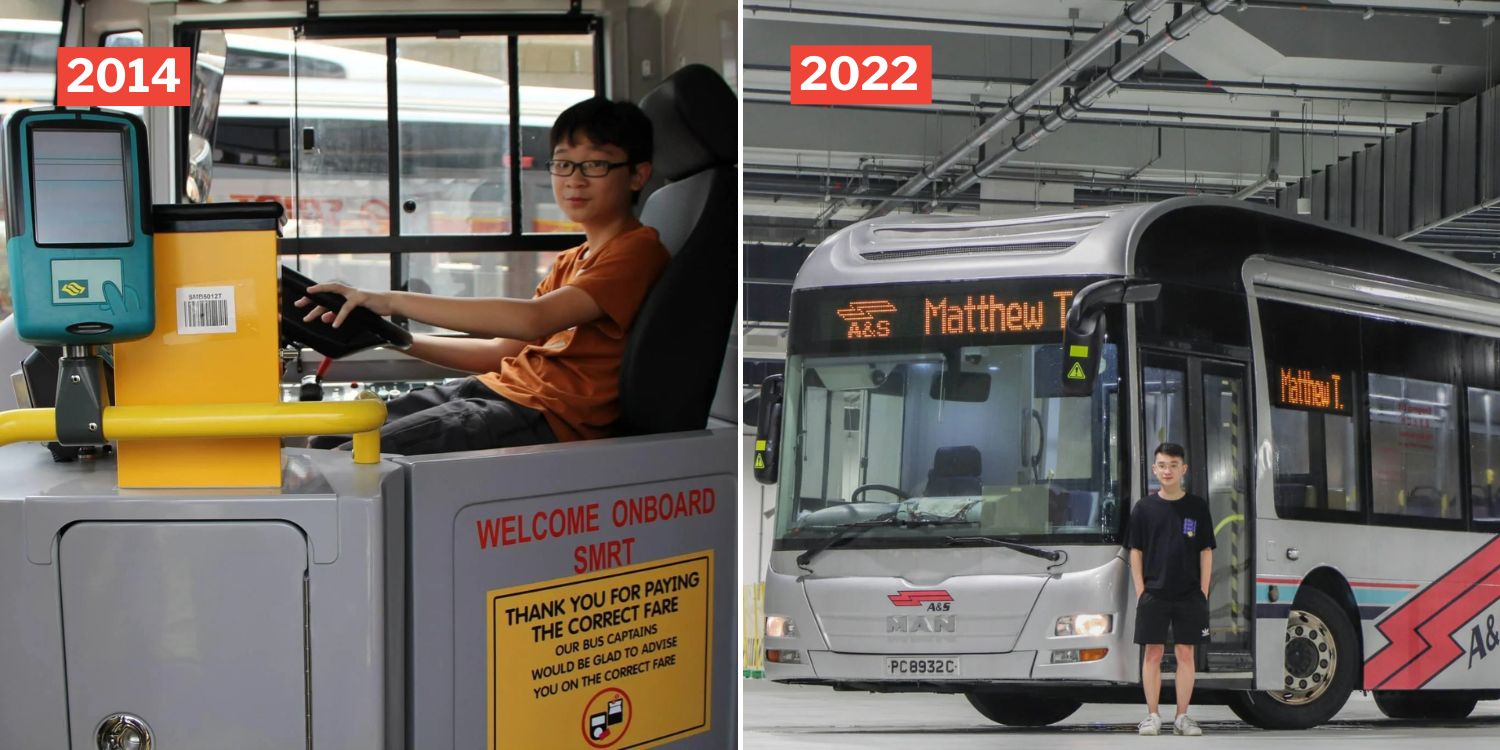 He has had a passion for buses since primary school.

As much as we’d love to pursue our passion, life often leaves us with no choice but to prioritise financial security in the form of traditionally practical jobs instead.

In the case of 23-year-old Matthew Tay, who has been passionate about buses since young, his determination to align his career and interest led to him rejecting offers from three local universities in order to become a bus captain.

Now driving for a private bus company on a part-time basis, Matthew spends his work hours doing exactly what he has dreamt of. 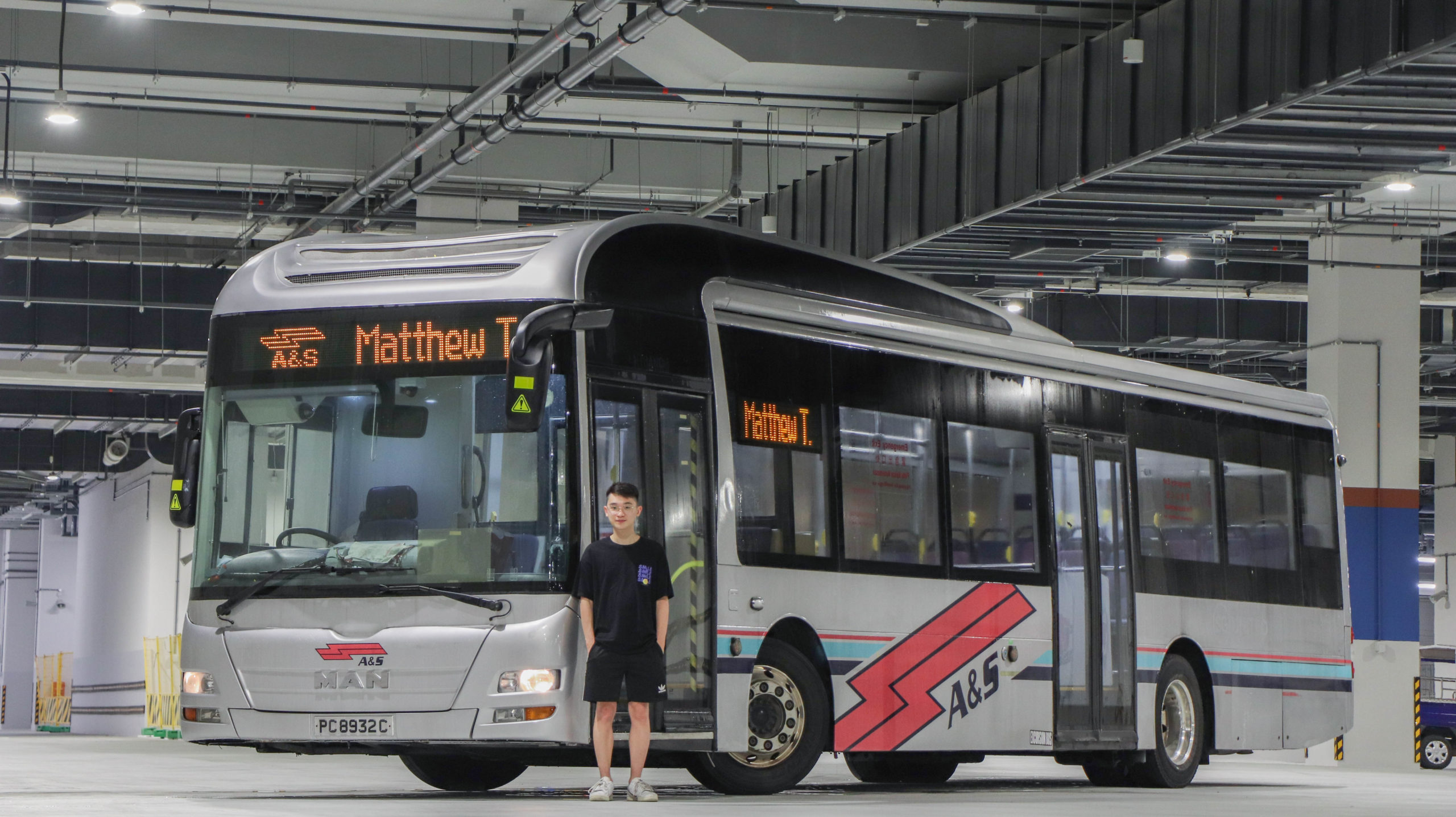 Sharing his views on being a bus driver, Matthew pointed out that it’s not a dead-end job, unlike what some might perceive. There are plenty of progression opportunities.

Speaking to MS News, Matthew shared that he first discovered his passion for buses in primary school. Back then, he would draw sketches of buses that plied his estate.

Noticing his interest in buses, his parents would bring him to bus interchanges around Singapore, where he would collect different bus guides.

When he was about 10, Matthew joined a Facebook group comprising bus enthusiasts. There, he connected with like-minded individuals, with whom he would embark on bus-spotting journeys, taking bus rides for fun, photographing buses and trying out new routes. His passion for buses remained largely behind the lens until recently when he received an opportunity to be an actual bus driver.

As he was still serving National Service (NS) then, Matthew decided to spend time accumulating experience behind the wheel without getting any remuneration.

Even though the process of getting a Class 4 driving licence – which one needs to drive heavy vehicles like buses – was shorter than that of obtaining a Class 3 licence, Matthew said buses are much harder to manoeuvre due to their length.

Upon completing his NS, Matthew joined A&S Transit as a part-time bus captain.

In the process, he purportedly turned down offers from three local universities:

Matthew explained that he felt that he needed to do something “closer to his (my) heart” so he could be in it for the long haul and not just for the money.

Contrary to what some may think, Matthew said that being a bus driver is not a “dead-end job” as there are plenty of opportunities to upskill. There are also other roles in the industry beyond just driving.

He shared about his godmother, who apparently saw both her children through university by working as a bus driver.

However, Matthew declined to answer questions about his pay, which he claims is a sensitive topic.

As a bus captain, the 23-year-old’s job scope involves a myriad of tasks, including driving for school trips and transporting workers to and from residences, MRT stations, and their workplaces. Matthew mainly drives in the evenings on weekdays, from 4.30pm to 10pm. During the five-hour window, he estimates that he could fetch about 200 people.

Even though the other shift – from 4.30am to 9am – might be too much for a sleepyhead like himself, he would still help to cover it if it involves school excursions or if his friends are part of the trip.

The latter, especially, makes work a lot more fun. Thankfully for him, he has friends who are similarly driving buses part-time. 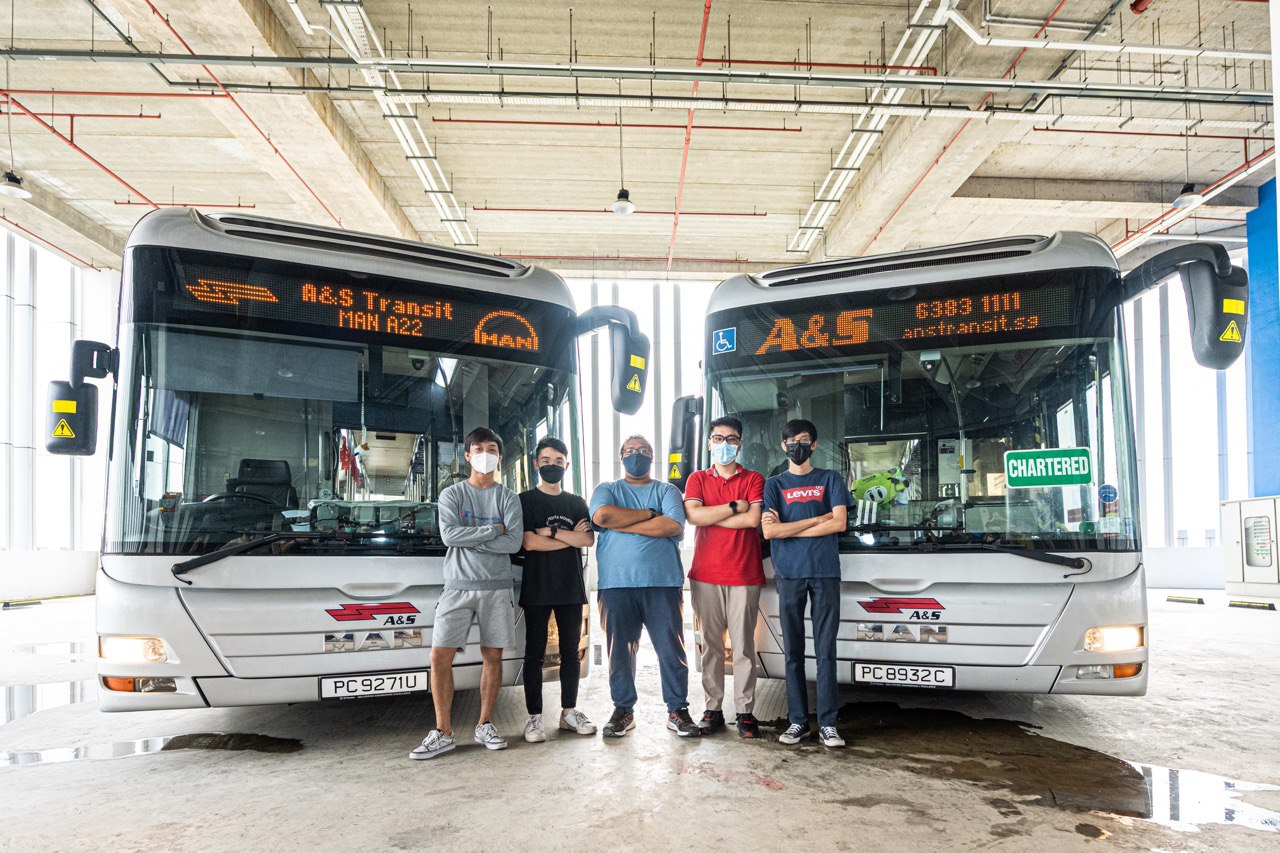 Yet to master ‘art of drinking little water’

As with every occupation, Matthew’s job comes with its unique set of challenges.

One that’s oddly specific to his line of work is the ability to control one’s bladder movements.

Conceding that he has yet to master the “art of drinking little water”, Matthew shared that he has had to control his urges. He can only afford to find the nearest toilets whenever he’s between jobs.

He also recalled an interesting encounter when he drove to a secondary school and asked one of the teachers for directions to the toilet.

As Matthew’s attire matched the students’ that day, the teacher mistook him as one of them.

Unsurprisingly, the teacher was “visibly surprised” when she learned that Matthew was in fact the bus driver.

Hope young bus captain inspires others to pursue their passion

Seeing Matthew chasing his dreams and taking the path less-travelled is certainly heartening.

We’re sure the fulfilment he finds in doing what he loves is something a hefty paycheck can’t buy.

We hope Matthew’s passion for buses continues burning even as time passes. Who knows, his story could inspire others to chase their dreams too, no matter what those may be.

All images courtesy of Matthew Tay.