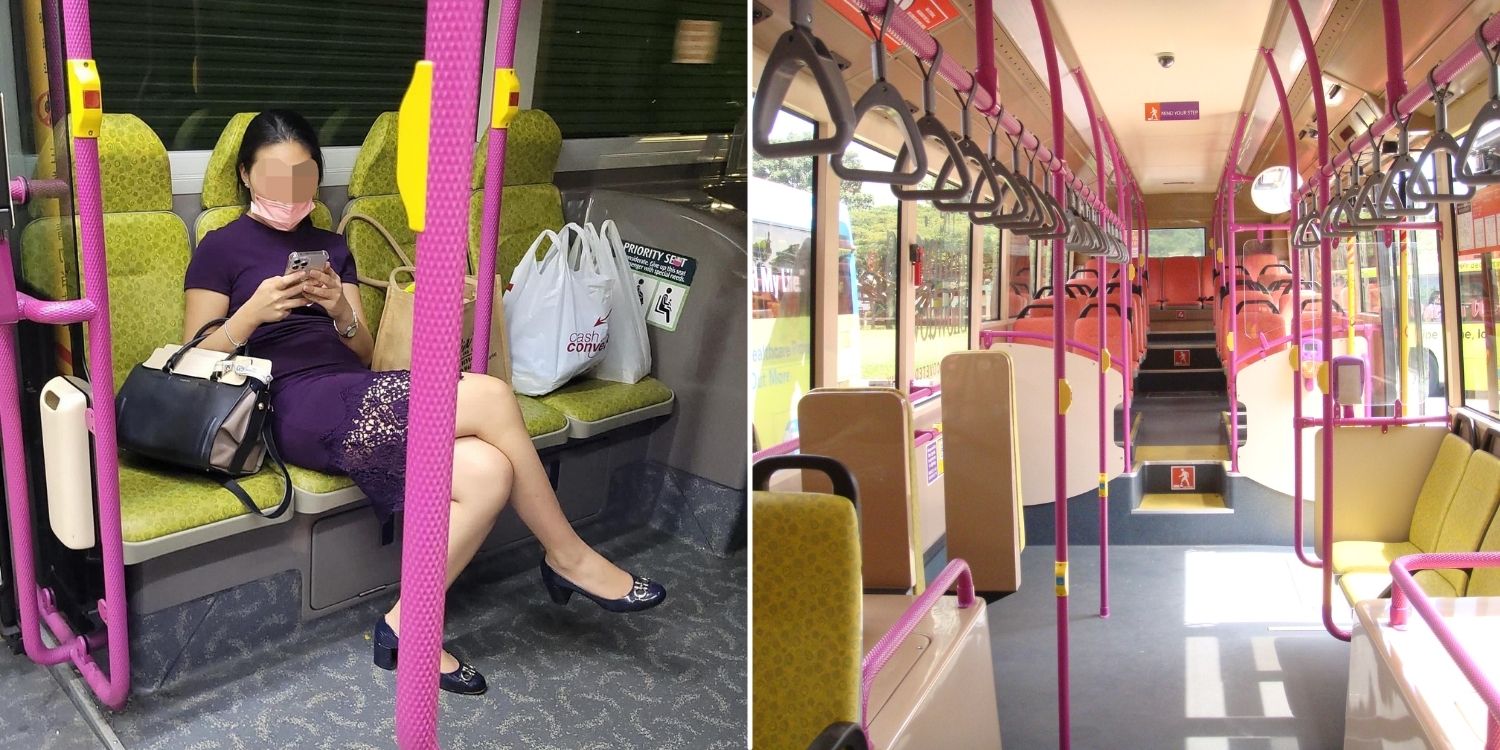 Juggling work and house duties is no easy task.

Those who’ve taken public buses during peak hours in Singapore would know how precious seats are. You’d be lucky to get one and inconsiderate if you don’t offer it up to someone in need.

Recently, a picture of a passenger occupying four seats on a bus, placing bags of groceries on them, seemed to have riled up some Singaporeans. A discussion soon ensued in the comments section of the viral Facebook post, with some pointing out that it was okay as long as there were no other passengers around.

On Friday (5 Aug), a photo of an SBS bus passenger occupying four seats with various bags made its way to the Singapore Incidents Facebook page. 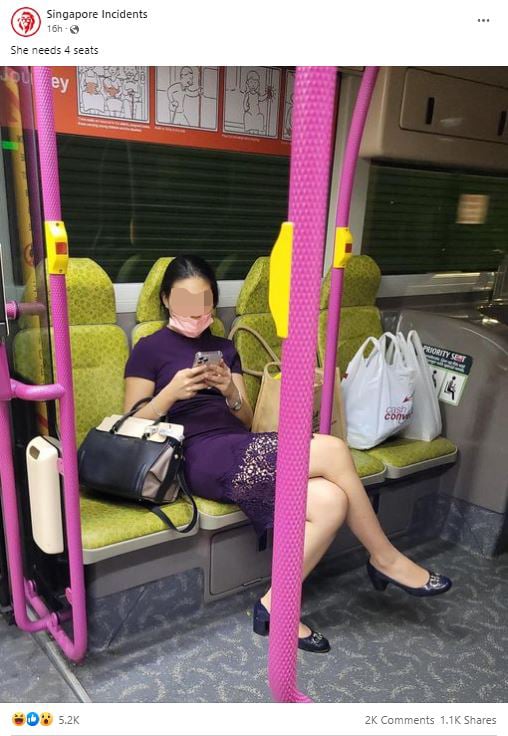 The lady in a purple dress was evidently sitting on the priority seats, which we can often recognise on the first level of double-decker buses.

To her right is her leather bag and on her left are three others, including a cloth tote bag and two plastic grocery bags.

Fixated on her phone, she seemed to be oblivious to the fact that she was being photographed.

Singaporeans argue that her actions are okay if bus is empty

Singaporeans banded together in a moment of solidarity, pointing out that her actions were acceptable if the bus was empty.

Taking into account the bags she had by her side, a sympathetic Facebook user postulated that the passenger could’ve had a long day.

Another commenter suggested that the passenger could have been having a rough day. The netizen also blasted the photographer for whipping their phone out at anything they found problematic. 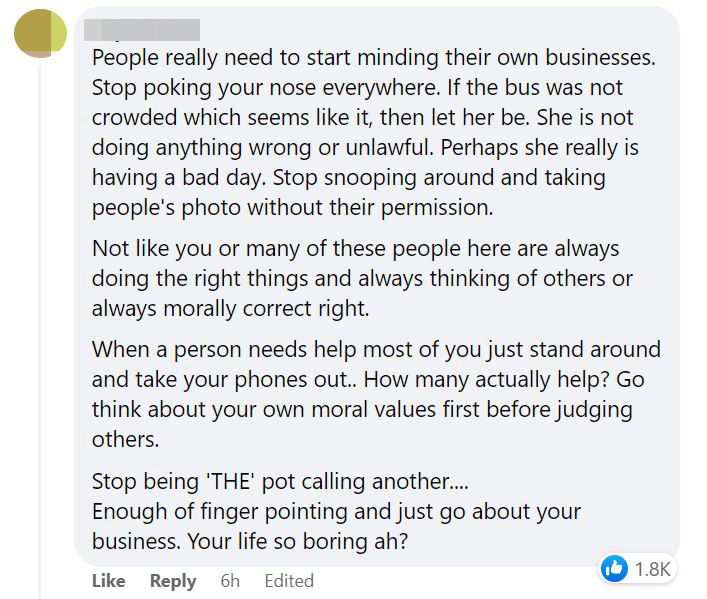 One netizen simply wished that the photographer minded their own business instead of taking photos of unsuspecting passengers.

Whatever the case may be, the idea of snapping a stranger’s photo with the intent to incite a response online seemed to boggle most Singaporeans.

Give others benefit of doubt from time to time

Ever since the early noughties, Singaporeans have snapped photos of incidents only to publish them online for public scrutiny.

And more often than not, these stories are one-sided and without much context.

Perhaps this latest incident can change this bad habit and serve as a reminder for us to think before judging anyone in any situation.

Do you think the lady’s actions are acceptable? Share your thoughts in the comments.