Car At Bedok Carpark Catches On Fire, SCDF Extinguishes It With No Injuries Reported

Car At Bedok Carpark Catches On Fire, Extinguished By SCDF

Vehicles can catch on fire for a variety of reasons, which can be concerning for many.

Recently, a car caught on fire while parked in an open-spaced carpark in Bedok.

The incident was captured on video and posted on TikTok by a lady.

Thankfully, the Singapore Civil Defence Force (SCDF) arrived at the scene in time to put out the fire.

There were no injuries reported either.

Car catches on fire at Bedok 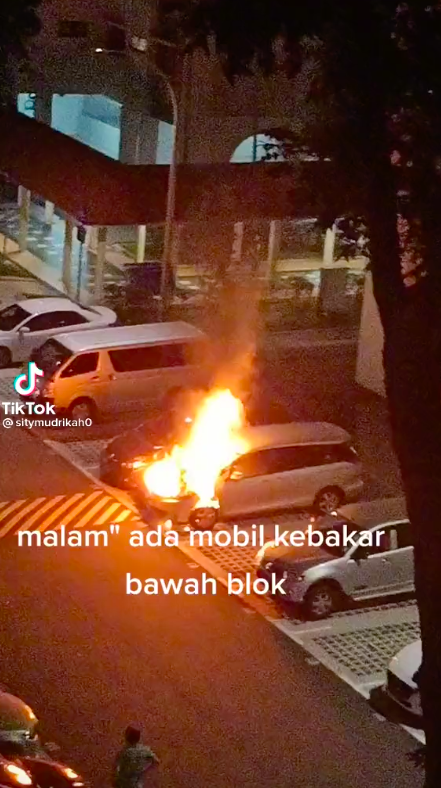 However, since the lady only recorded the scene halfway, it is unsure as to how the fire started.

Right beside the car on fire was a black car, whose owner quickly ran towards it to drive off.

Due to the strong flames, the fire also caught the attention of several passers-by.

In the second video posted, 3 SCDF firefighters could be seen trying to extinguish the fire that’d grown even bigger. 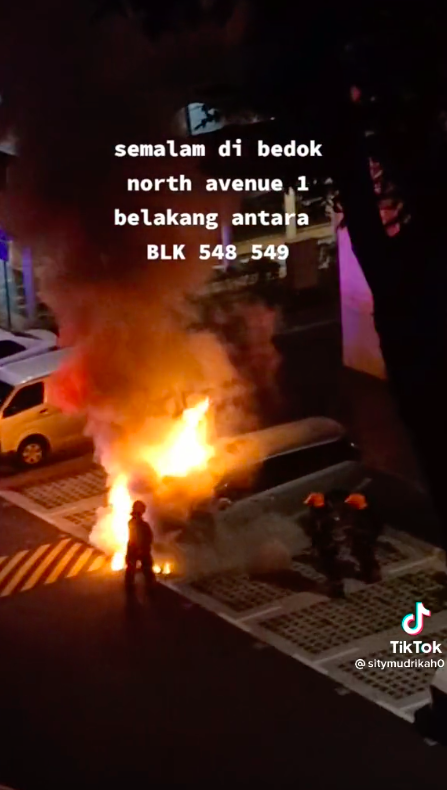 Additionally, a firetruck could be seen pulling up near the car with more firefighters trying to put out the fire. 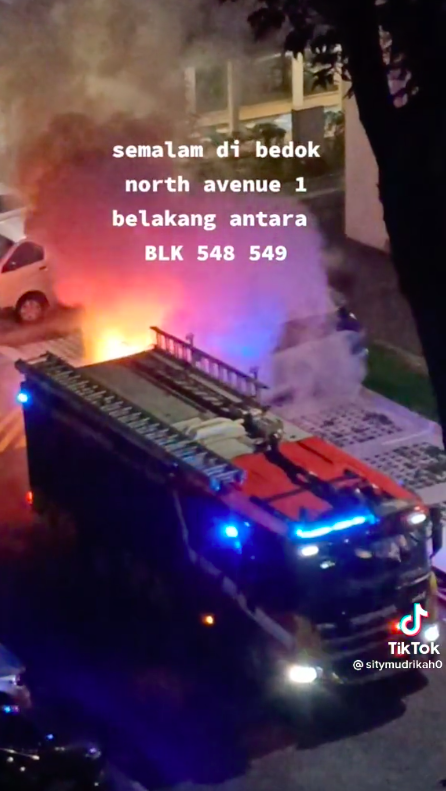 Upon queries from MS News, SCDF mentioned they were alerted to the fire at around 9.45pm.

Luckily, there were no reported injuries. The cause of the fire is currently under investigation.

Kudos to SCDF for extinguishing fire

Kudos to the SCDF team for being able to extinguish the fire quickly.

Thankfully, the affected car had no driver or passengers when the fire occurred.

While it is still unclear as to how the car caught on fire, we hope SCDF will be able to find out and inform the owner soon.

Featured image adapted from sitymudrikah0 on TikTok and TikTok.