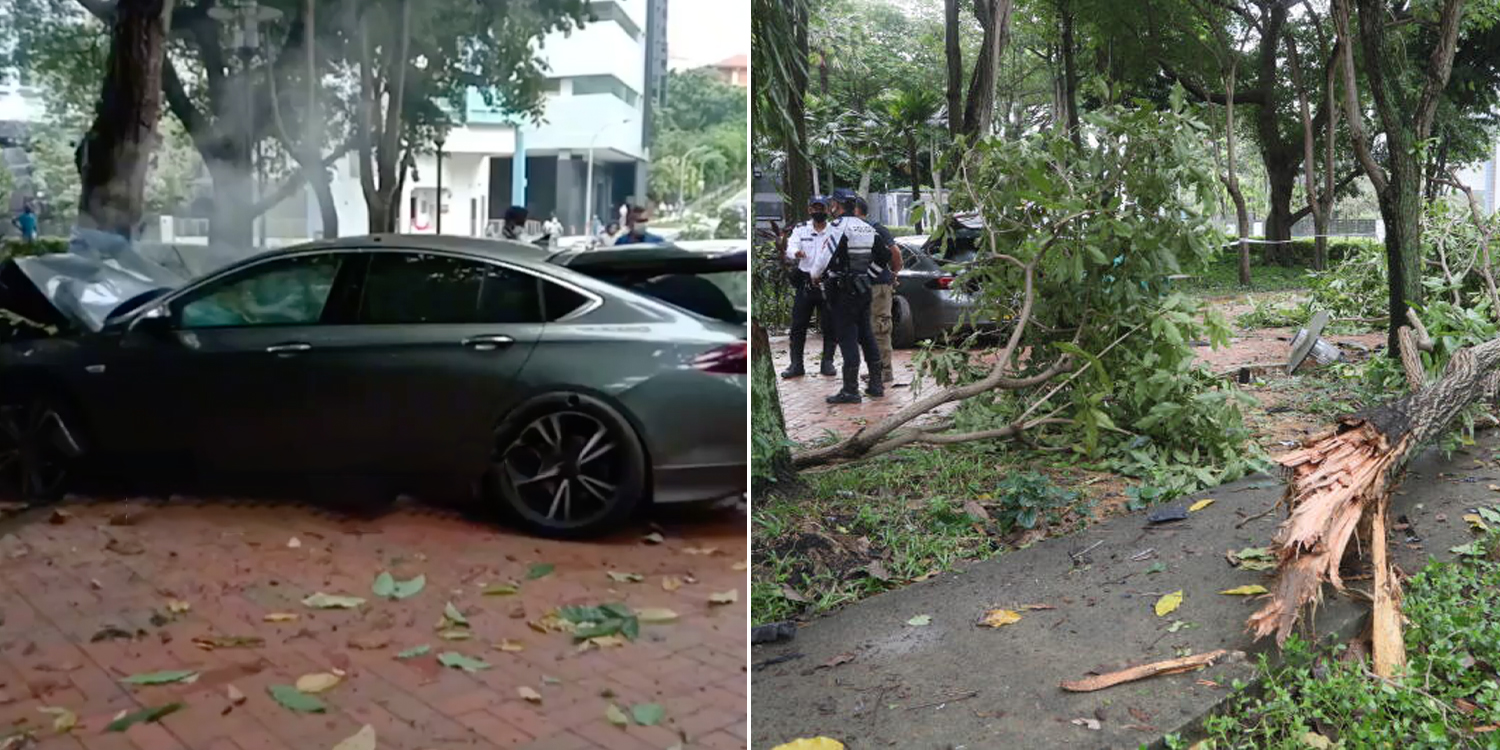 The roads in Singapore are typically quiet and uneventful in the late afternoon. But on Monday (30 Aug), passers-by at Robertson Quay were startled by a car accident.

A driver had lost control of her car, crashing into a row of trees and ending up on the pavement. 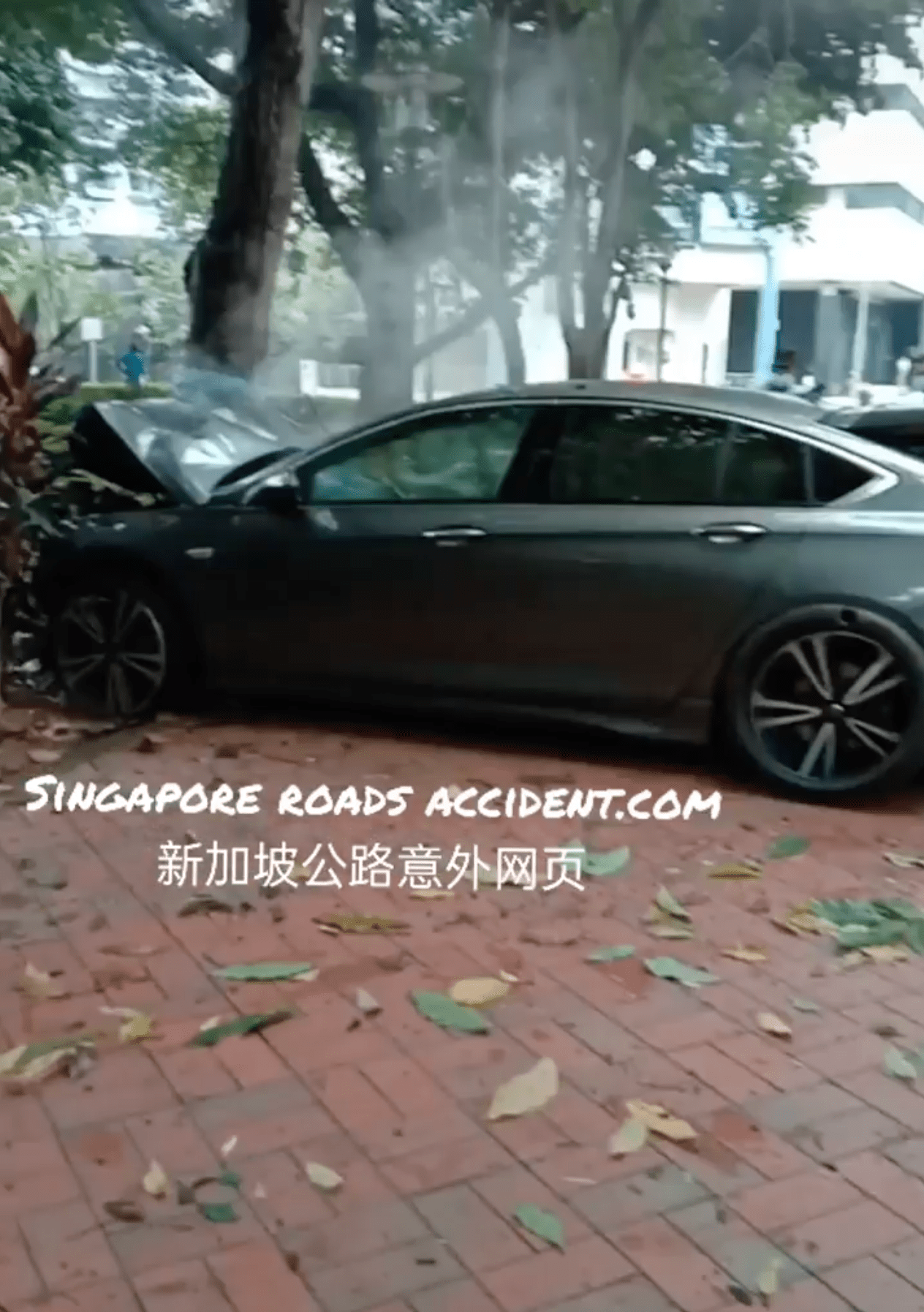 4 people, including the 65-year-old driver, were later conveyed to the hospital.

On Monday (30 Aug) at 4pm, a driver was driving along Robertson Quay road when she presumably lost control of her car.

The car crashed into a row of trees before coming to a halt on the pavement. It appeared to have knocked down a lamppost too, as broken-off parts can be seen among the wreckage.

According to Shin Min Daily News, tree branches and splinters shot in several directions, some landing as far as 10m away. 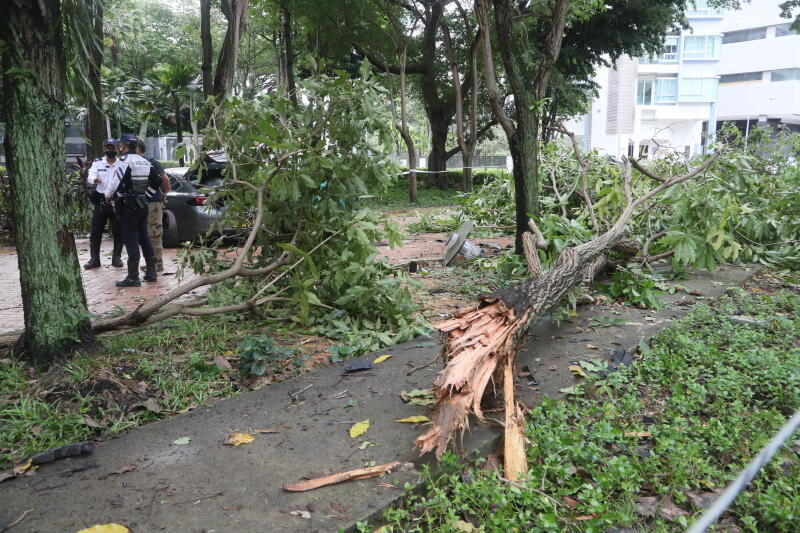 Several passers-by were reportedly cut and injured by the branches.

The heavy impact also bent the front and back of the car out of shape.

Videos that capture the aftermath of the accident show passers-by rushing to the scene to help.

Some were on their phones calling for help while others checked for casualties. 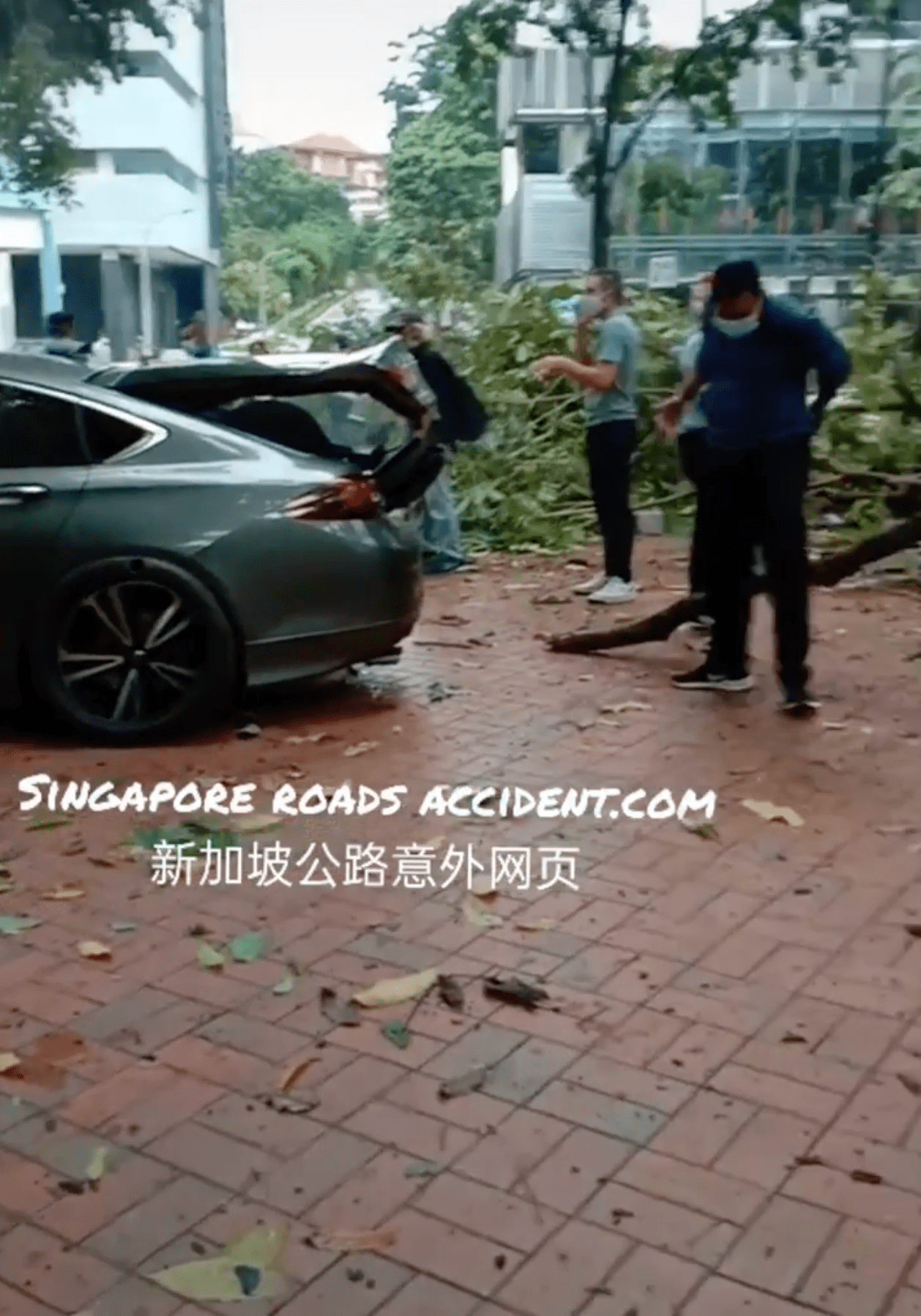 One woman also approached the driver to check on her. 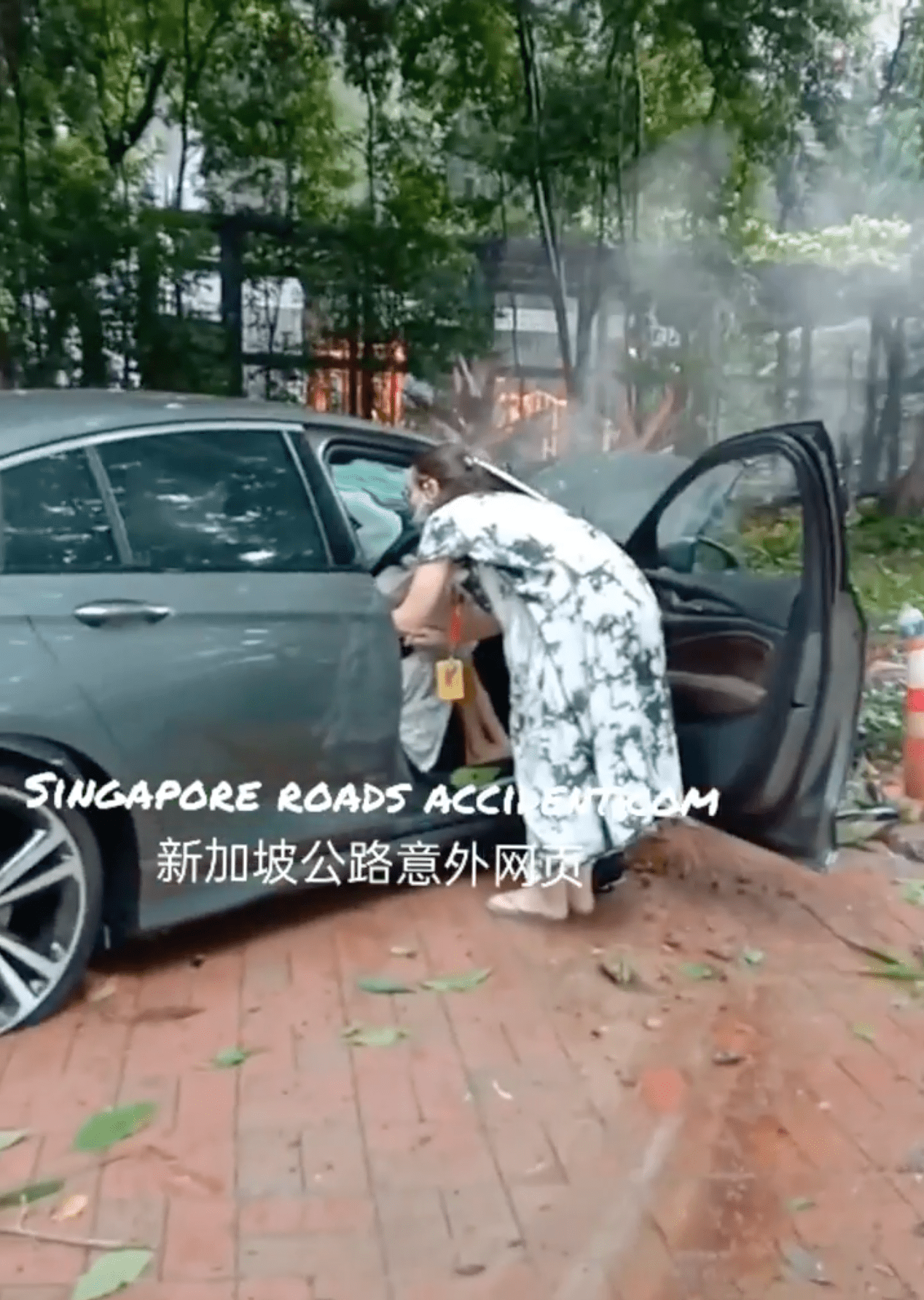 The whole time, smoke wafted from the car engine.

Soon after, police and Singapore Civil Defence Force (SCDF) personnel arrived at the scene and cordoned off the area at 93 Robertson Quay.

SCDF officers sprayed down the car engine as onlookers watched on. 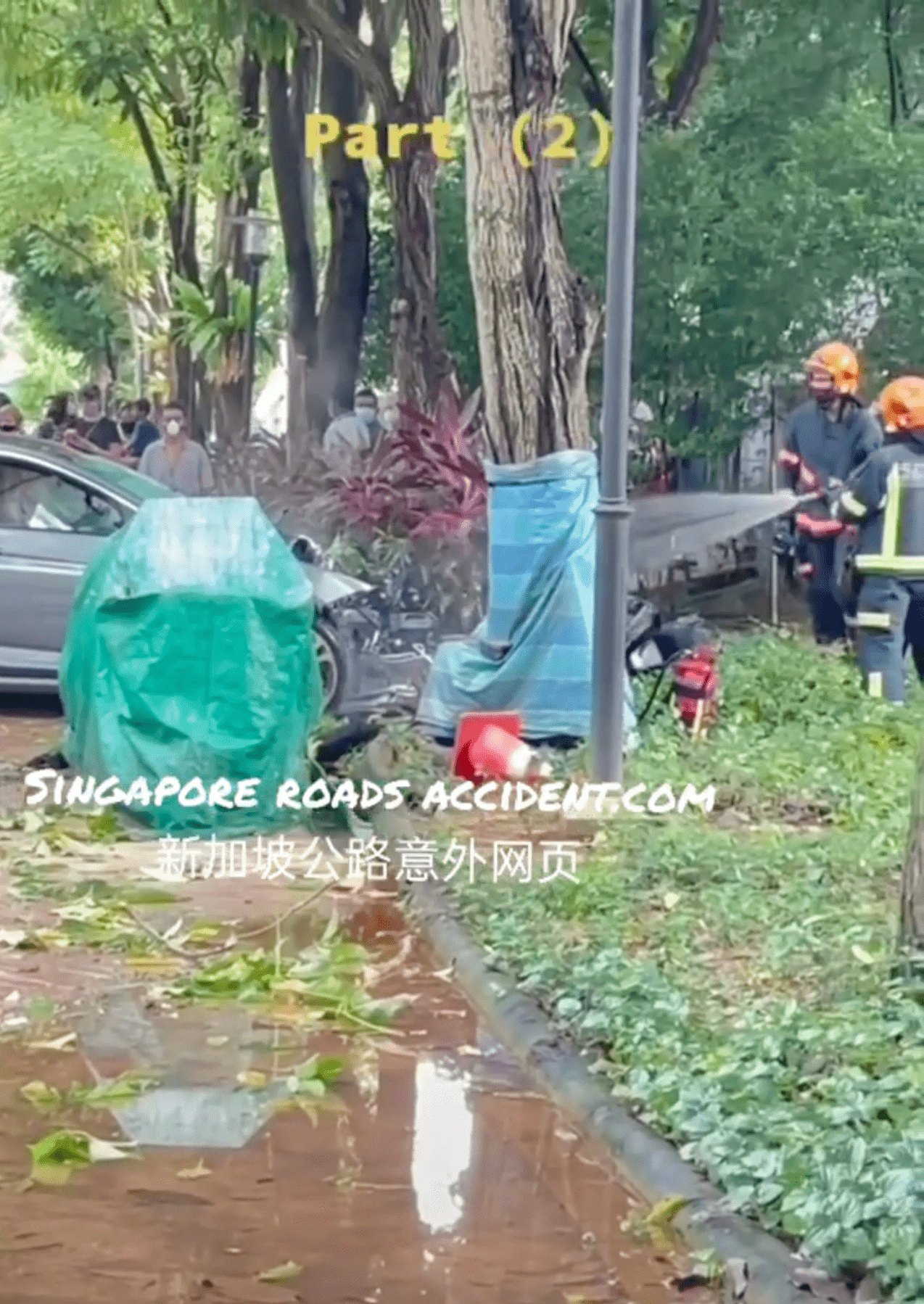 The driver is now assisting the police with investigations.

Wishing the casualties a smooth recovery

While the cause of the accident is currently unclear, it goes to show that situations on the road can be very unpredictable.

All road users and even pedestrians on footpaths should be on high alert at all times.

MS News wishes all the casualties a smooth recovery.