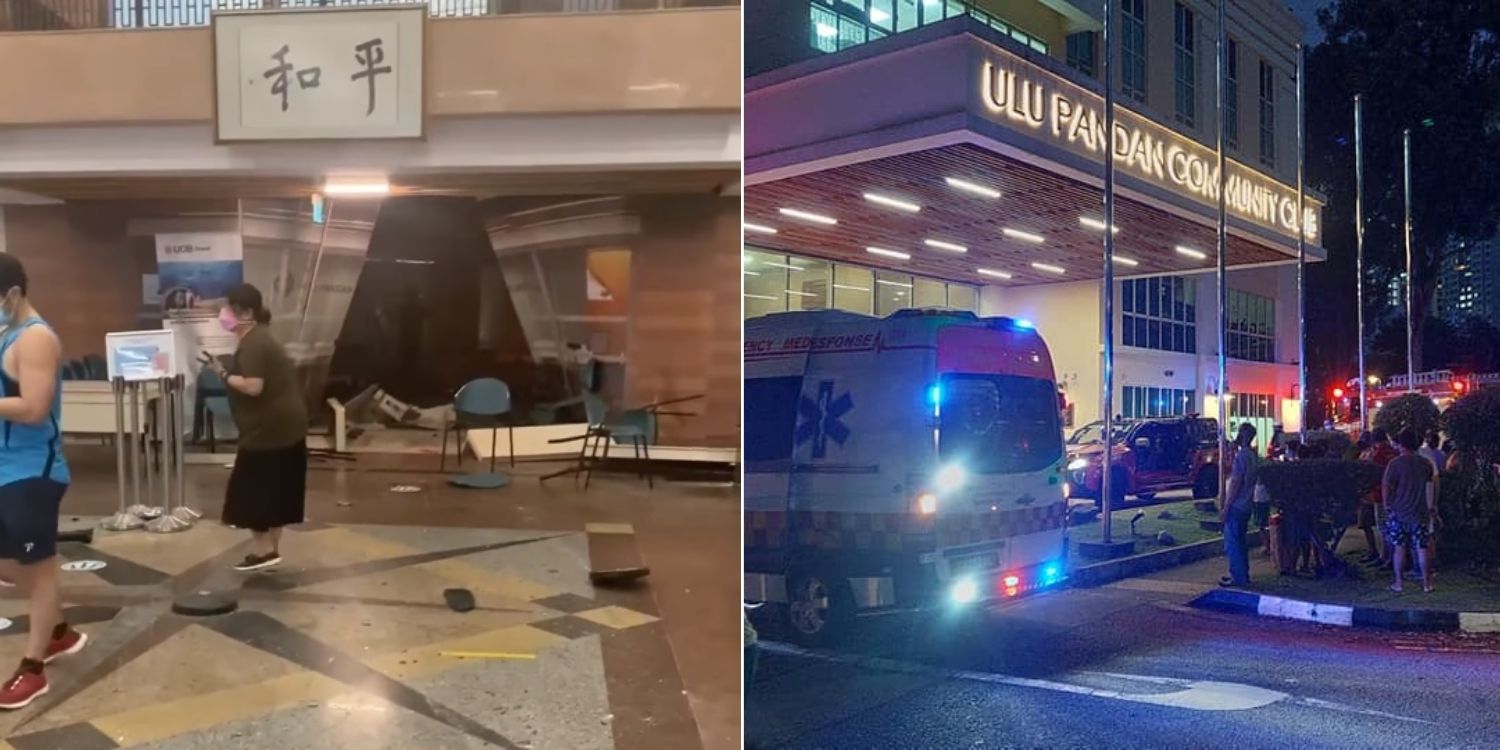 Regardless of our age, being behind the wheel can be quite nerve-wracking as accidents can occur at any time. An elderly driver probably felt that way when he drove his car into the lobby of Ulu Pandan Community Club or CC yesterday (22 Oct). 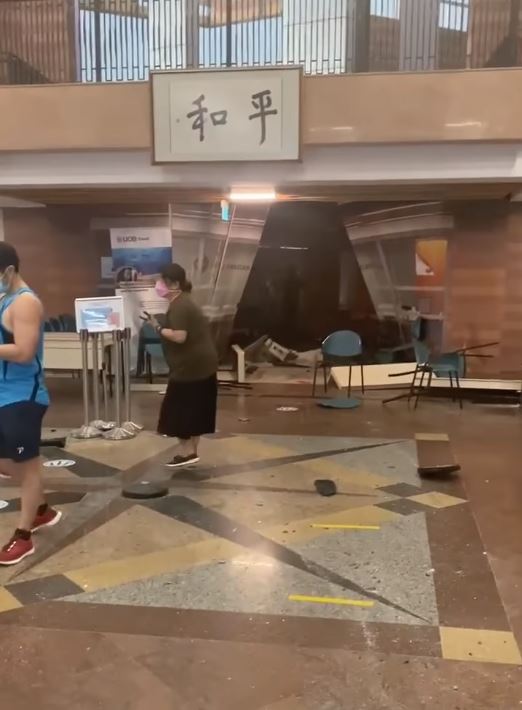 The crash no doubt startled bystanders and the damage appeared rather extensive.

The driver and his passenger reportedly suffered injuries, but nobody else seemed to be hurt.

It was a regular Friday night for Ulu Pandan CC visitors when a sudden crash pierced through the stillness.

An accident had occurred at the lobby — a car had apparently “crashed through the main glass door”, according to Facebook page ROADS.sg.

The force left the vehicle stuck in the back end of the main lobby with its passengers still inside. 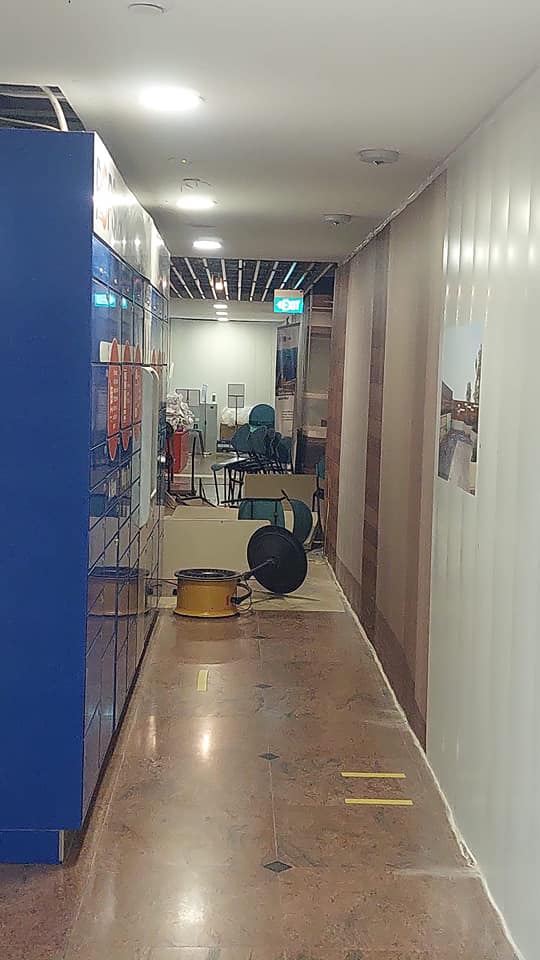 Both were elderly, the driver a 70-year-old man and his passenger a 66-year-old woman, as described by ROADS.sg.

In response to queries from MS News, the Singapore Civil Defence Force (SCDF) confirmed that they had responded to an incident along Ghim Moh Road: ROADS.sg noted that both casualties were conscious when paramedics conveyed them to National University Hospital (NUH). No other injuries were reported.

Surely, such an unusual accident like this must have been shocking for everyone nearby, much less the driver and passenger themselves.

We hope that they didn’t sustain any serious injuries and will be able to recover smoothly soon enough.

We also hope that no bystanders suffered from terrible shock from the incident and that the CC will be able to settle repairs to the damaged property.