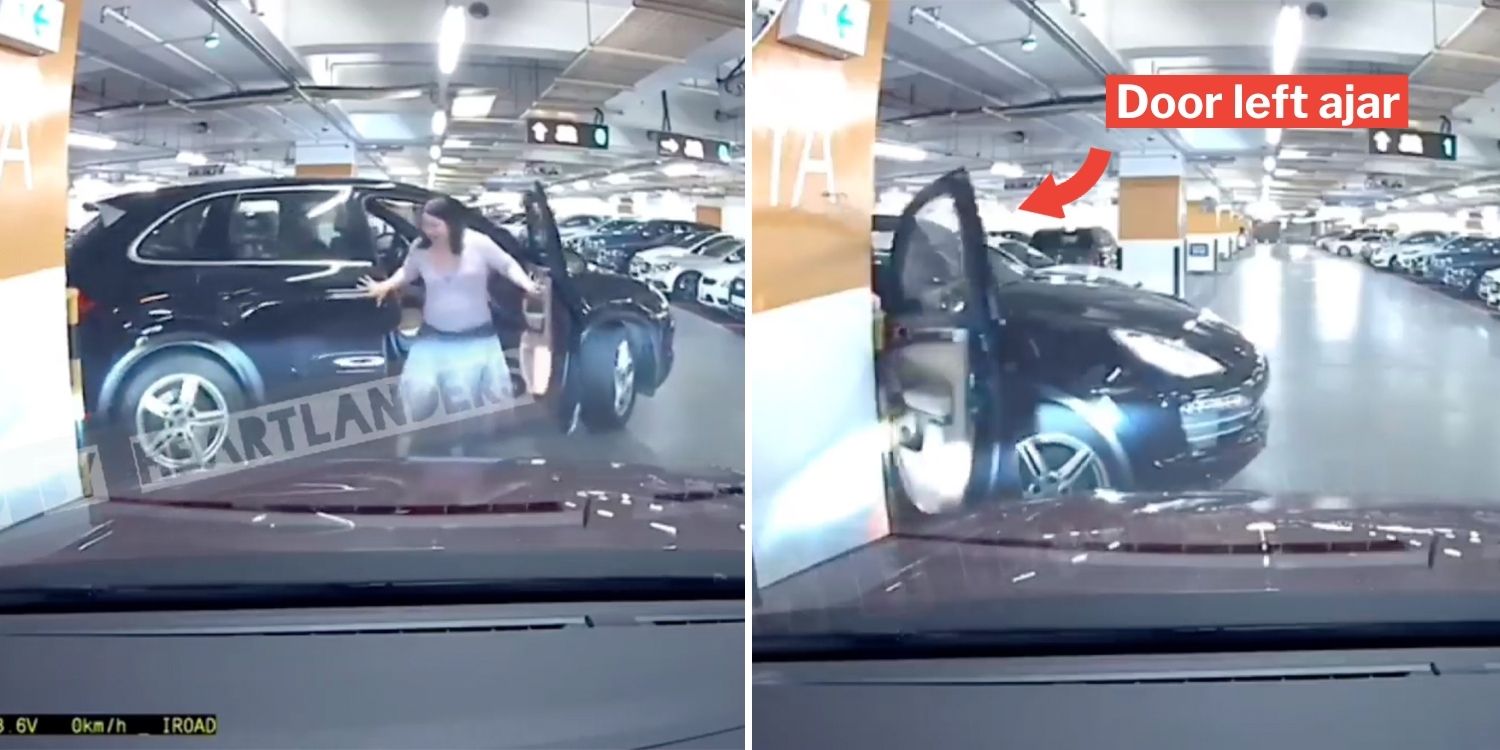 When people are on the road, they can sometimes make irrational decisions out of panic.

On Friday (18 Sep), the Facebook group Heartlanders shared a video of a bizarre accident appearing to take place in Hong Kong.

A driver panics after striking the car beside her. She opens the door to step out, forgetting to put on the brakes.

In a surreal moment, the car continues to reverse without the driver. 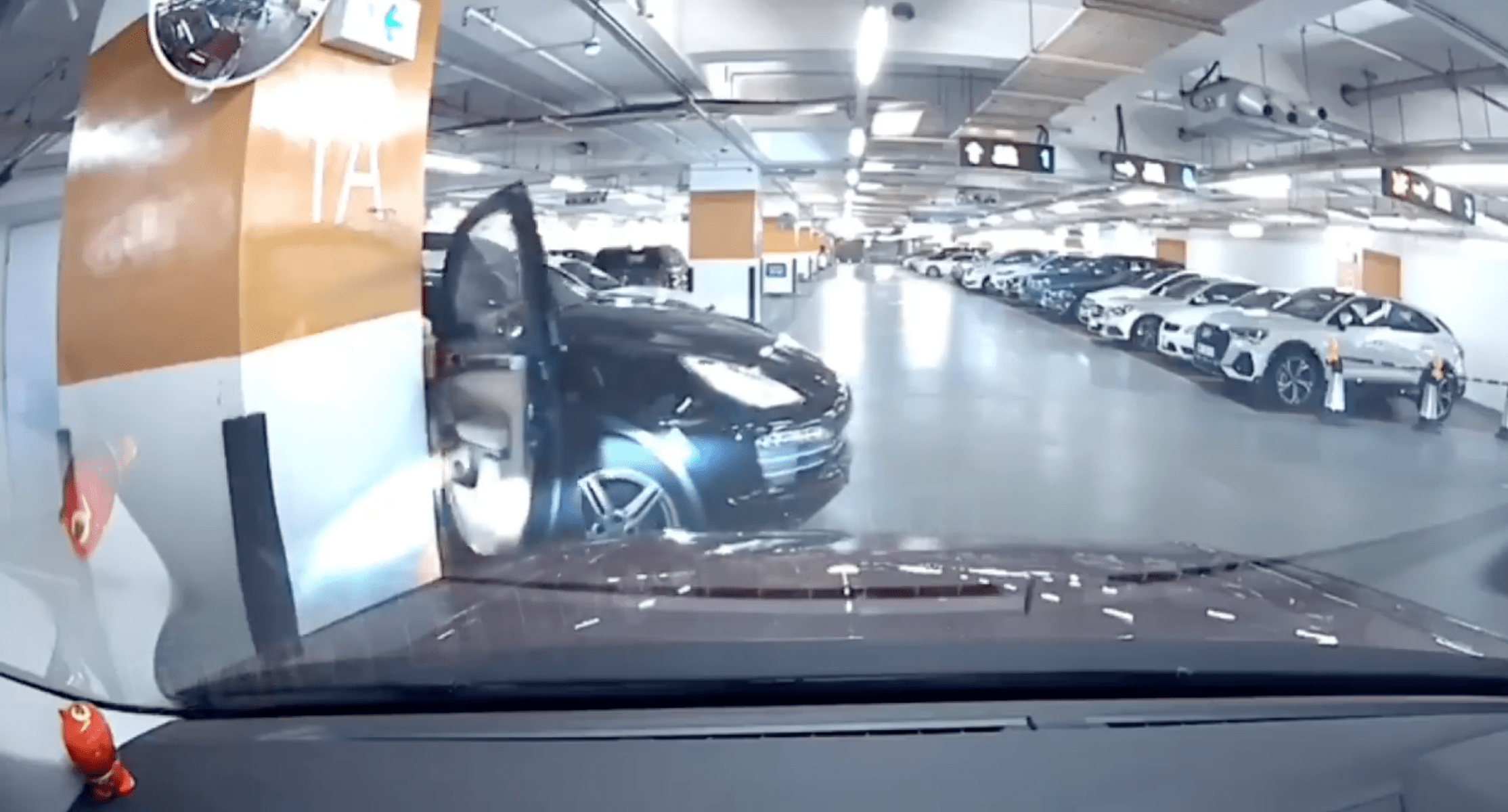 The car only comes to a halt when the ajar door hits the pillar, and bends all the way around with a sickening breaking sound.

At a carpark in what appears to be Hong Kong, a driver is leaving a carpark lot when she accidentally hits the neighbouring car’s front. 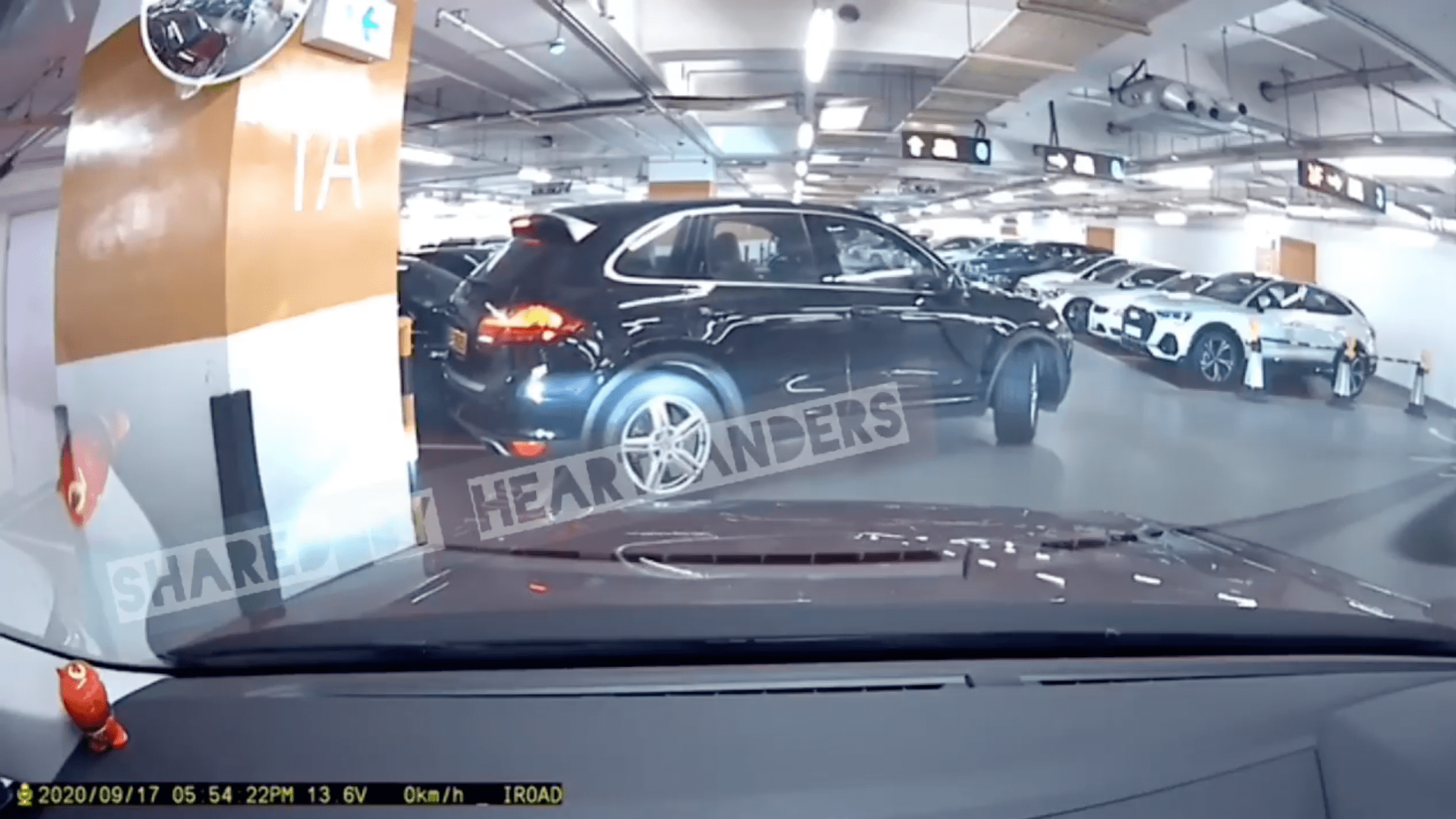 In the video, the driver backs her car up a little after striking the car.

She then opens the car door and steps out.

However, the moment her feet lands on the ground, she knows she’s making a mistake. 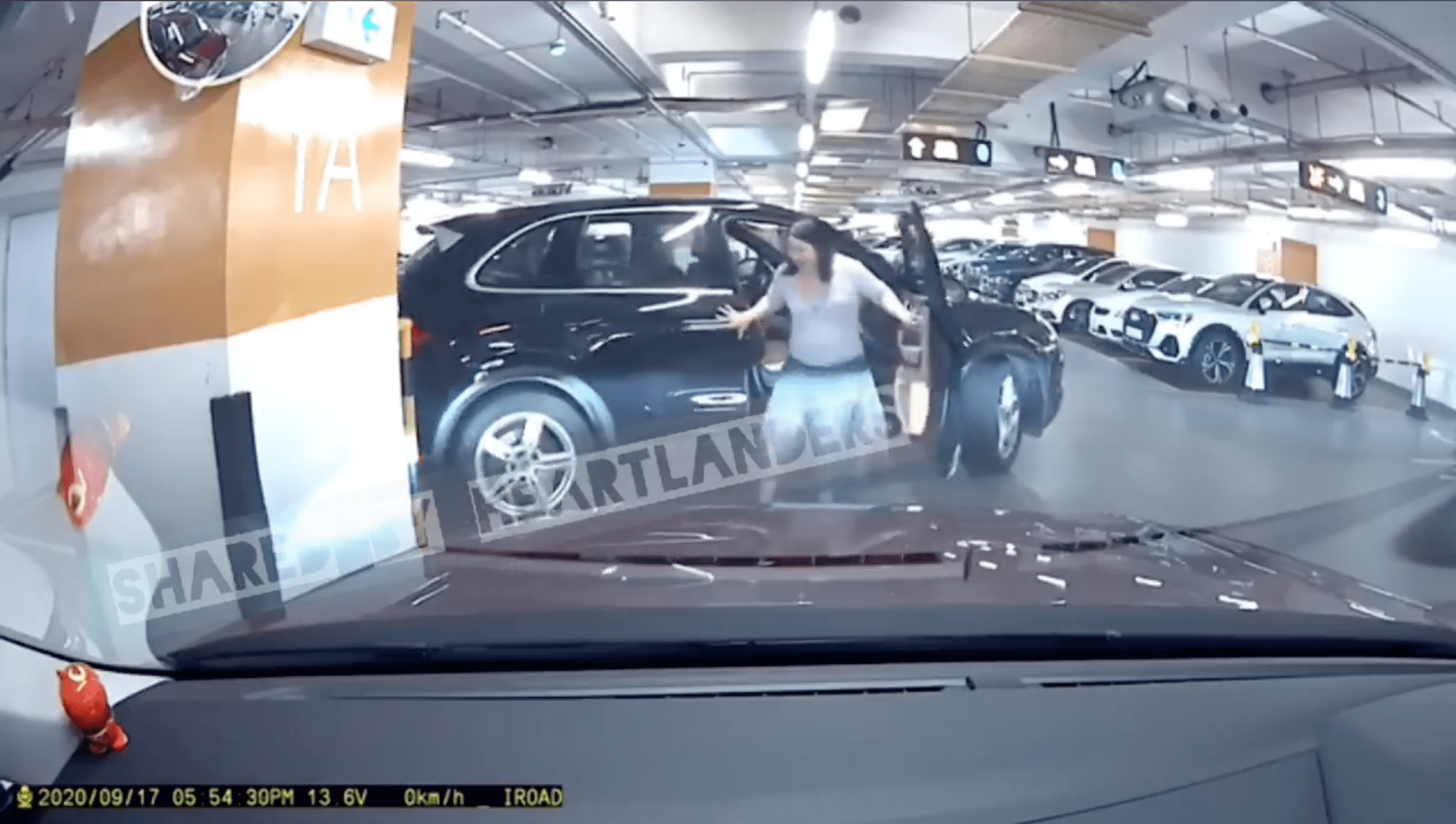 Even after leaving her seat, the car continues to reverse into the lot. Apparently, the driver had forgotten to brake her car before stepping out.

In a moment of flustered panic, she tries her best to stop the car from reversing, but to no avail.

The car only slows to a near stop when the car door hits the pillar.

With a sickening crunch, the joints of the car door almost snaps off.

Fortunately, the lady wasn’t caught between the car and the pillar.

Substantial damages to BMW beside car

In a separate video, we can see the neighbouring car sustained more damages than a little bump.

The black BMW car was damaged substantially from the hit. 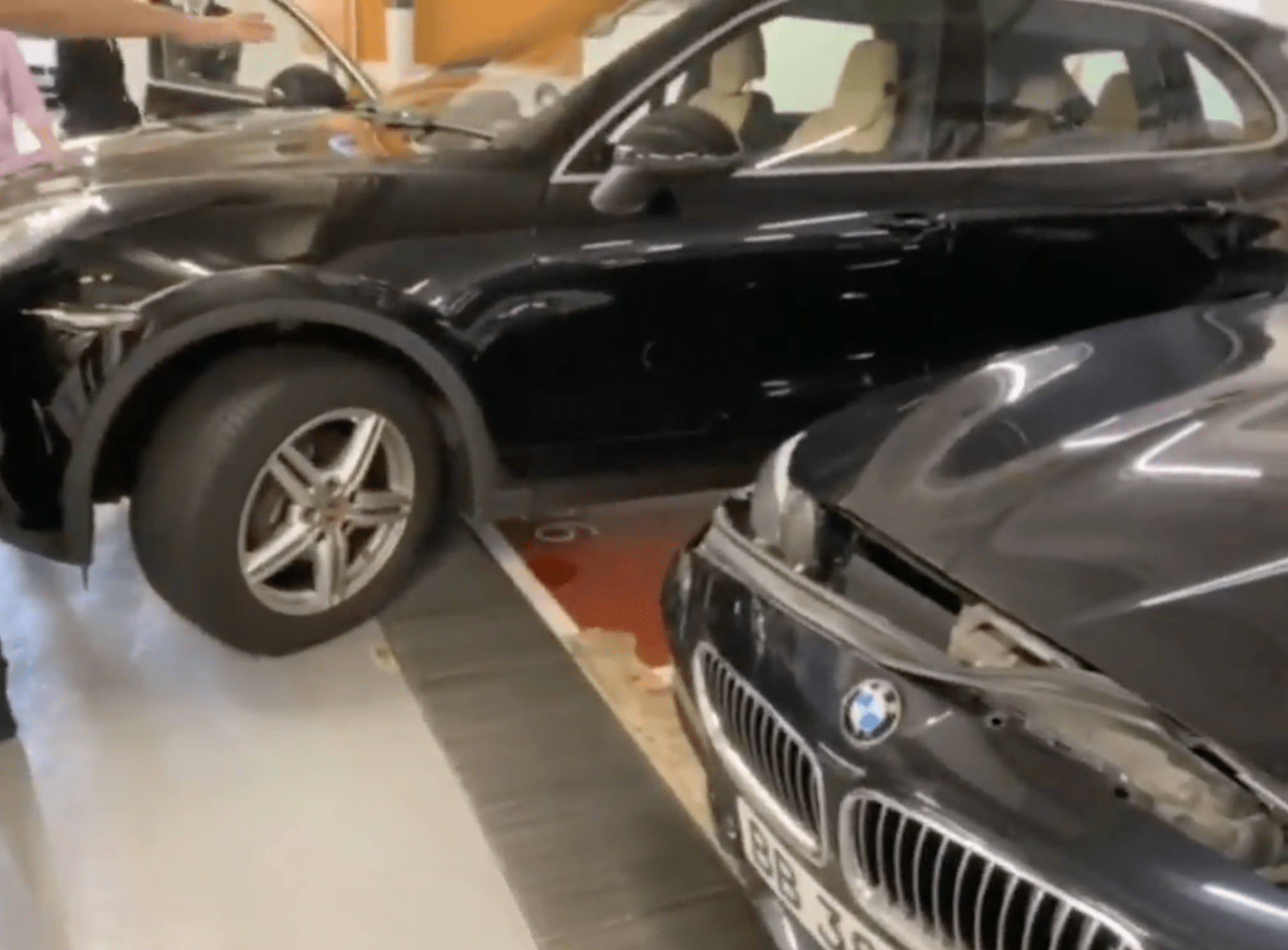 It looks as if the front bumper of the BMW was ripped off the car by the impact. 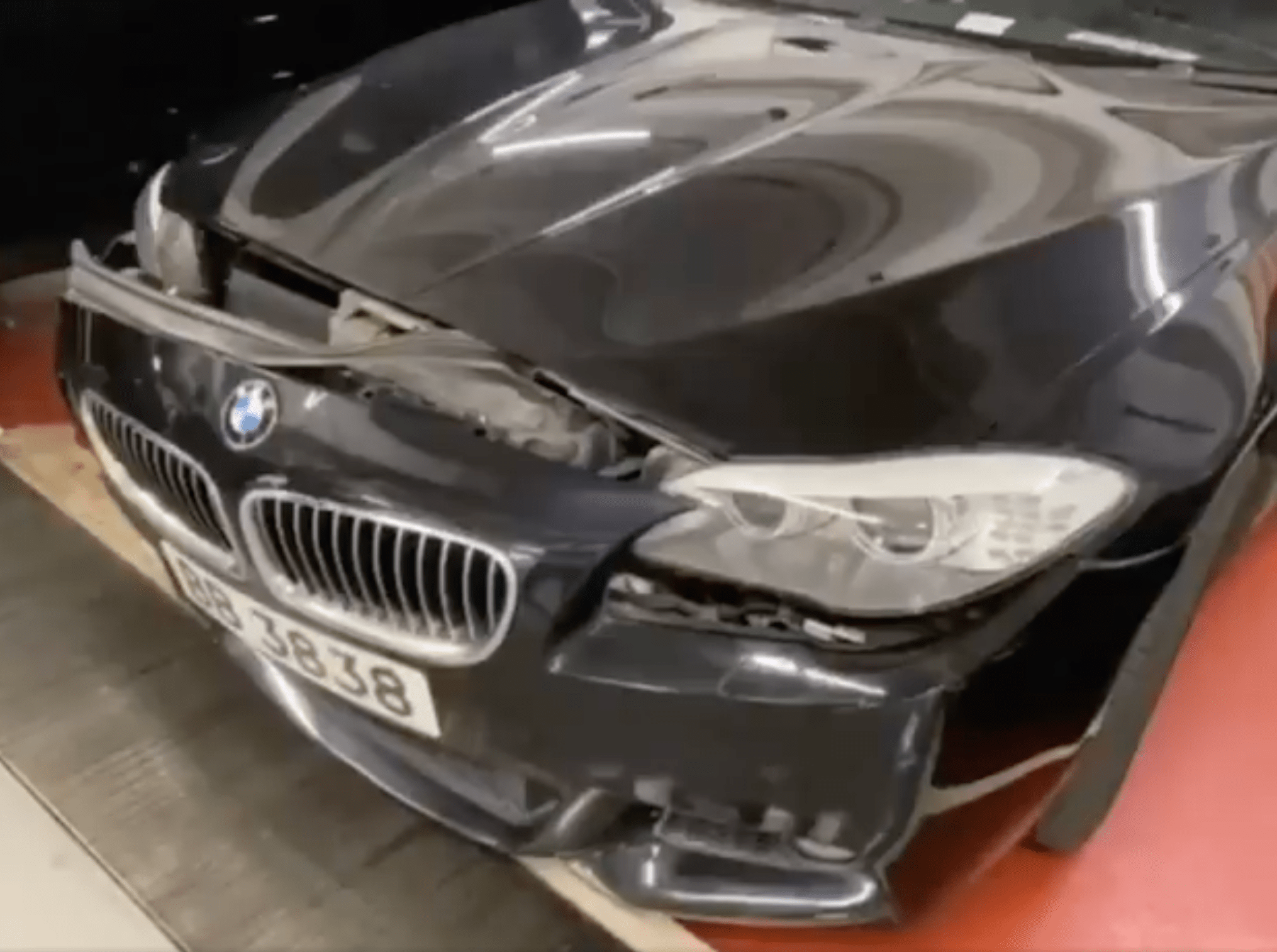 Turns out, this was a very expensive mistake to make.

We all make mistakes.

However, on this occasion, the mistake by the driver turned out to be rather costly indeed.

Whatever the damages, we are thankful that nobody was hurt in this bizarre accident and hope that the car owners managed to settle the situation amicably.