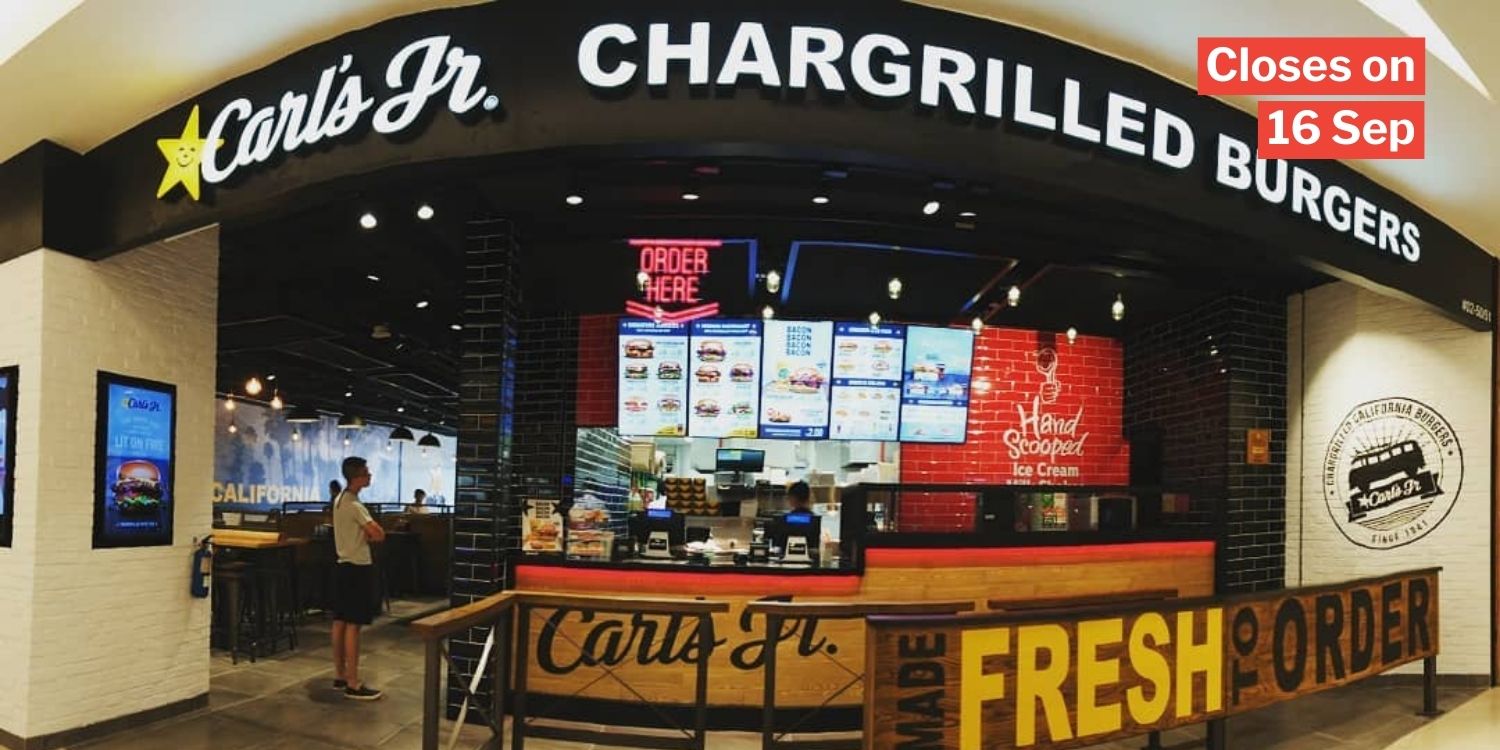 They still have 6 outlets remaining in Singapore.

For those who often patronise VivoCity, you might be familiar with some of the iconic outlets there, such as fast food joint Carl’s Jr.

If that has been your favourite haunt at HarbourFront, brace yourselves for some sad news — Carl’s Jr. Singapore shared on Facebook that their VivoCity outlet will close from tomorrow (16 Sep).

Loyal customers were shocked to hear that one of their favourite fast food outlets has to close. Thankfully, there are still 6 other Carl’s Jr. outlets remaining in Singapore.

Carl’s Jr. customers were informed that the VivoCity outlet will be closing on Thursday (16 Sep) after operating for 15 years. Carl’s Jr. is a Southern California fast-food chain known for its chargrilled burgers. The brand came to Singapore in 2005 and has apparently been at VivoCity since the mall opened in 2006.

In their Facebook post, Carl’s Jr. thanked all their loyal customers who have been patronising their outlet. They also encouraged customers who are available to visit the outlet one last time today (15 Sep) before it closes.

Those who can’t make it can still visit 6 other Carl’s Jr. outlets in Singapore:

The VivoCity outlet was often patronised by many since it was near several schools, offices, and residential areas. Not to mention its proximity to popular tourist destination Sentosa, drawing its fair share of tourists over the years.

Hence, the announcement came as a shock to most.

The majority was sad to see it go as it was one of the good burger places in Singapore.

Head down for the last time

Although Carl’s Jr. did not explain the reason for closure, it is definitely sad to see the rather iconic outlet go.

For those of you who are able to make it in time, you may head down to Carl’s Jr. at their VivoCity outlet today for one last burger meal there.