So you have your eye on a sweet Carousell deal. The next step is to DM the seller to confirm the details.

All good eh? No problems there.

Unfortunately, that’s not how it turned out for a seller & buyer duo, in screenshots uploaded on Thursday (2 Aug). An insanely hilarious argument ensued, thanks to bad Engrish all around.

Which makes you wonder if the original ad was even confusing in the first place.

There’s a footnote too, advising buyers to “please have common sense” as “all deals are subject to uss terms”.

The seller then jumps to the conclusion that the buyer is trying to bargain. if u know yet u want cheat me, its ur choice.

He or she proceeds to copy-paste the buyer’s message, alleging,

ur text have tell me 50% of probability u trying to cheat me. i am looking at logic and practical aspect 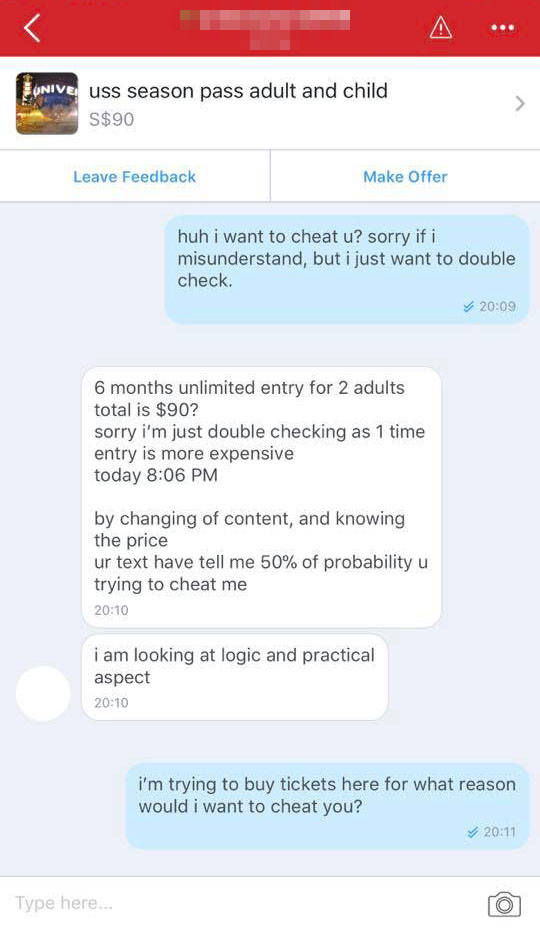 The plot thickens — it seems this particular Carouseller has been burnt before.

He/she claims “many prefer to cheat”, piling on further questions to the simple query,

what can i do? i am just selling? 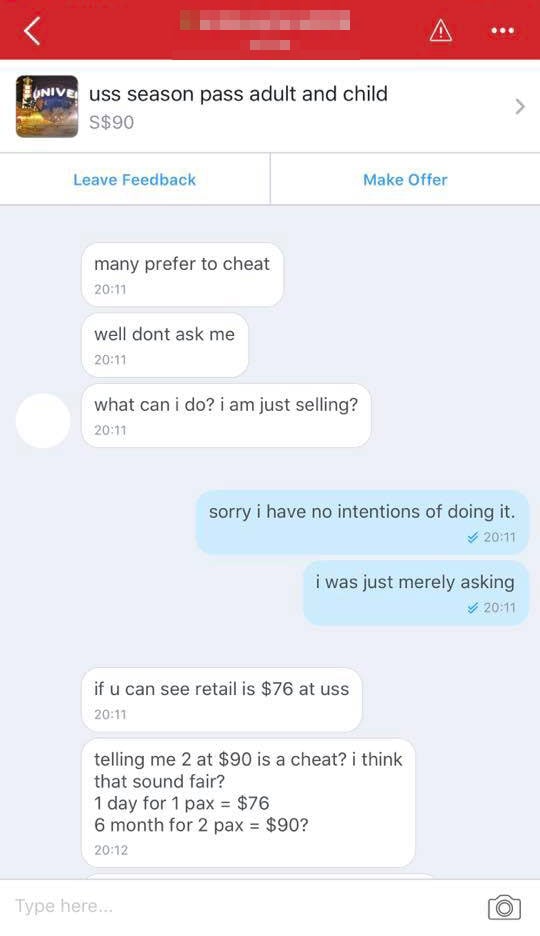 Using “logic aspects”, the seller points out that the “various angles of facts” don’t seem to align, on both their parts. 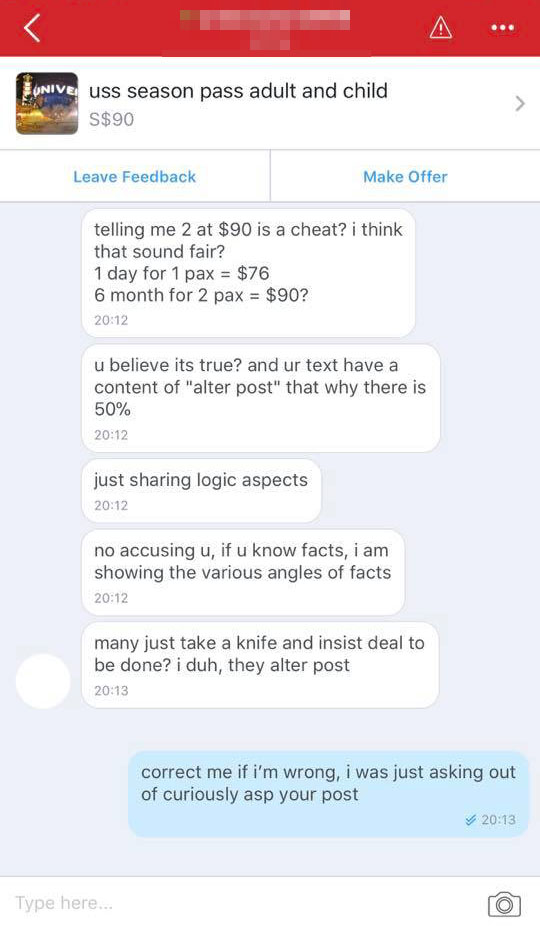 While the buyer admits he/she was asking “out of curiously” about the post.

However, the seller remains adamant about his scamming accusations, sharing that buyers often “just take a knife” and insist for a deal to be struck. 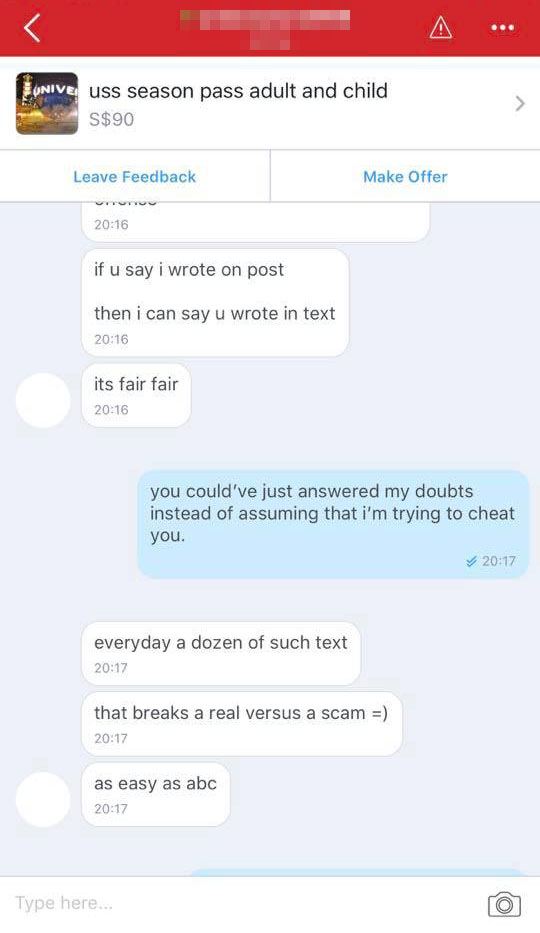 Apparently, it’s not “as easy as abc” to tell if a query is in fact a scam.

He/She complains about receiving “a dozen of such text” everyday. 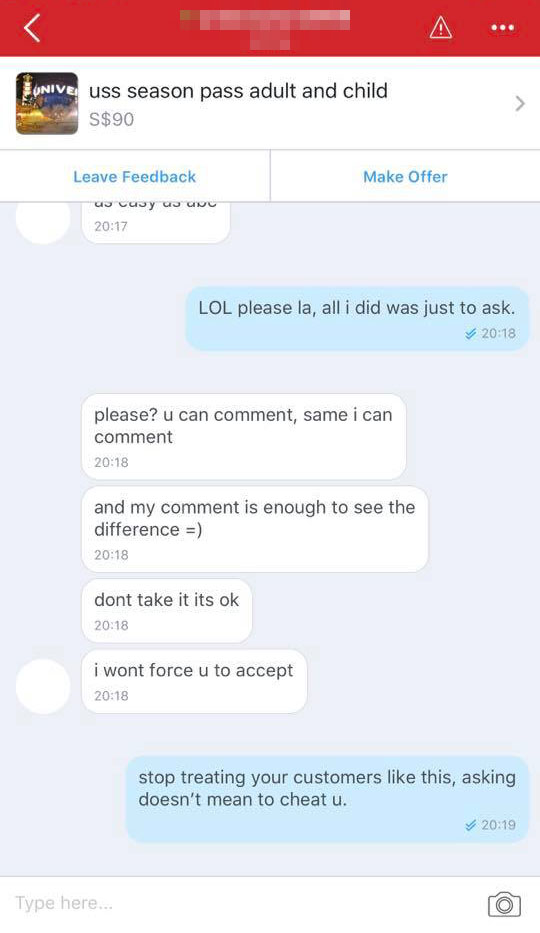 An exasperated buyer then tries one last time to explain that he/she was just making a query. 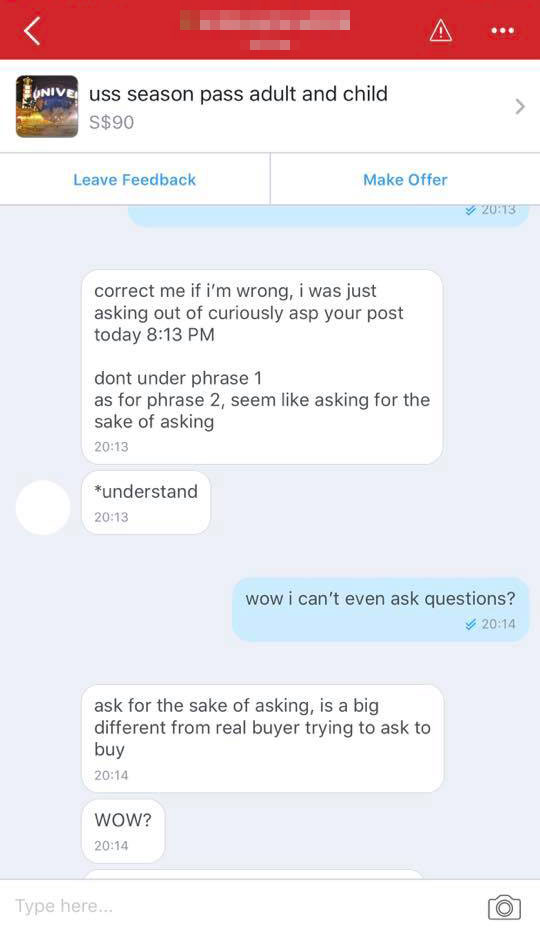 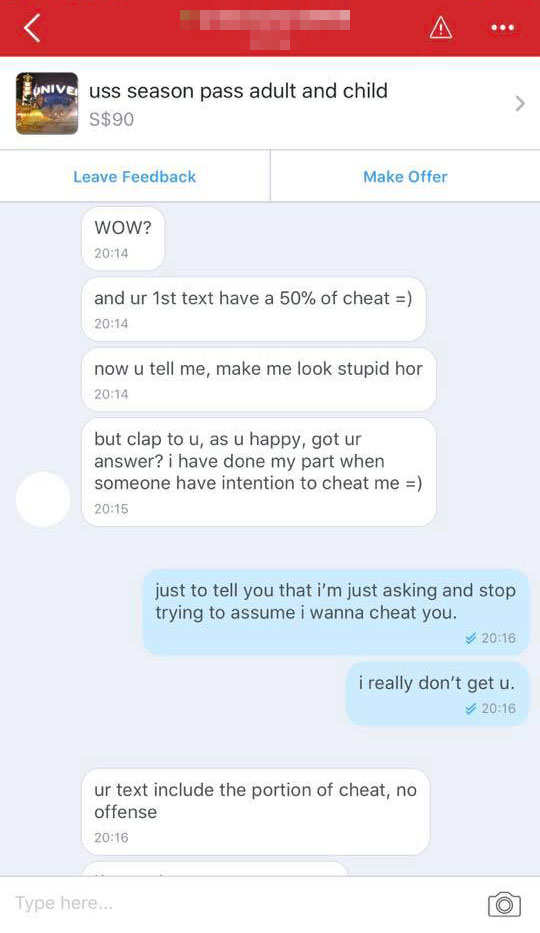 However, the discussion of ‘cui’ English comes up again — with both sides accusing each other of using terrible Engrish. Parting shots were parried, including stingers like “facts have spoken” and that “integrity in future” should be improved. At this point, we’re not sure if we would prioritise integrity lessons over basic grammar.

War of the words

Did you understand what was going on? Or were you as lost as us?

Either way, let us know in the comments what other experiences you’ve had on Carousell — for better or for worse.