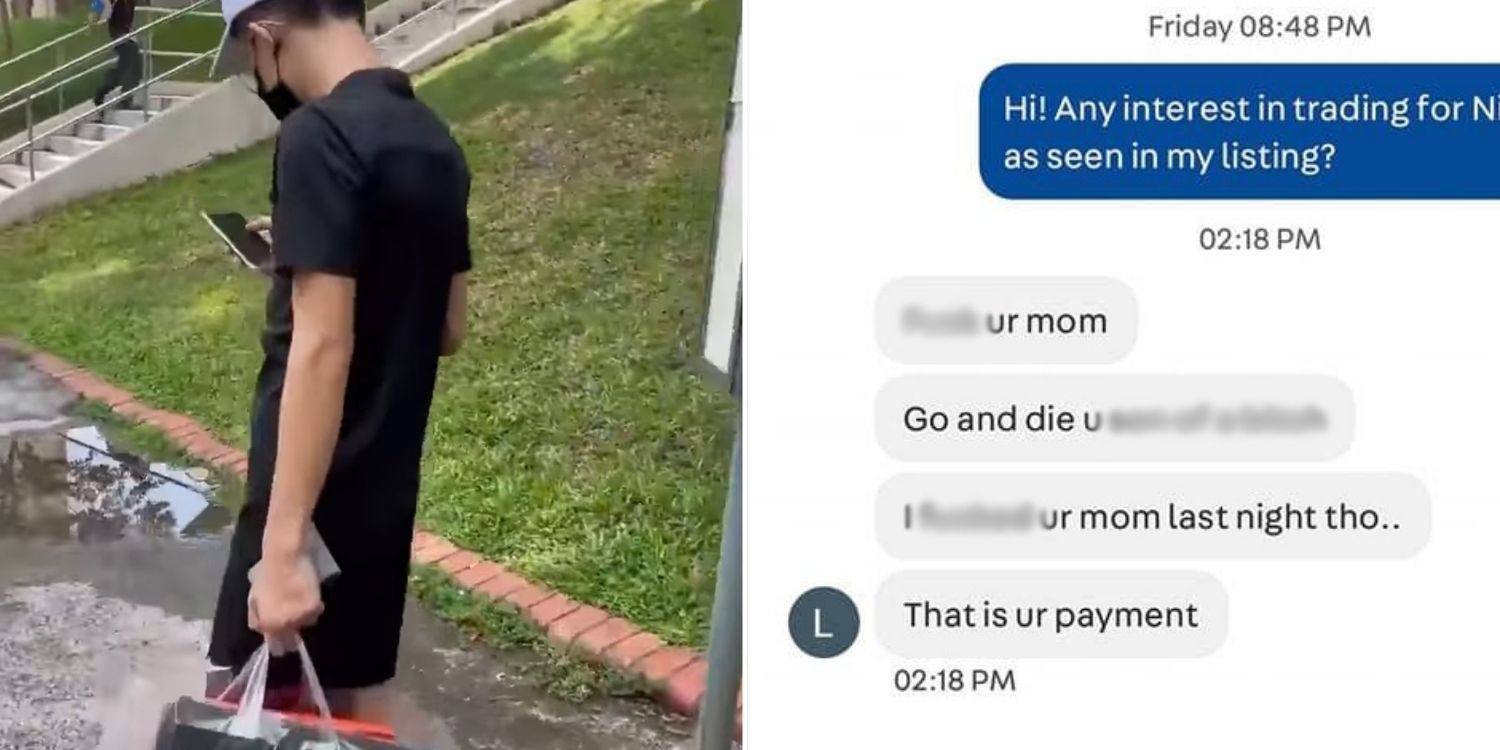 The seller can be heard apologising profusely.

Carousell has earned itself an infamous nickname for its history of ridiculous interactions — Carouhell.

While most chats in the marketplace app are fairly normal, there are instances where the conversations veer into the side of absurdity and frustrate many users.

After receiving rude replies when he enquired about a listing, this Singaporean man devised a plan to meet and school this seemingly-feisty keyboard warrior.

Throwing profanities and talking about others’ mothers while you’re behind a screen is much easier than doing it in real life.

This particular buyer was enquiring about a listing and while most transactions include monetary exchanges, there are times when trades happen.

In this case, the buyer asked if the seller would be interested in trading for an item that he listed.

Upon posing this question, the seller chose violence and went on a verbal tirade. Seemed an unwarranted response to what appeared to be an innocuous request.

Peeved by this rude interaction, the man devised a plan to set up a real-life meeting with the keyboard warrior.

Under the guise of another buyer, he contacted the same seller, presumably with a better offer.

After negotiations went smoothly this time, he gathered the meetup details and set a time for their fateful meeting. 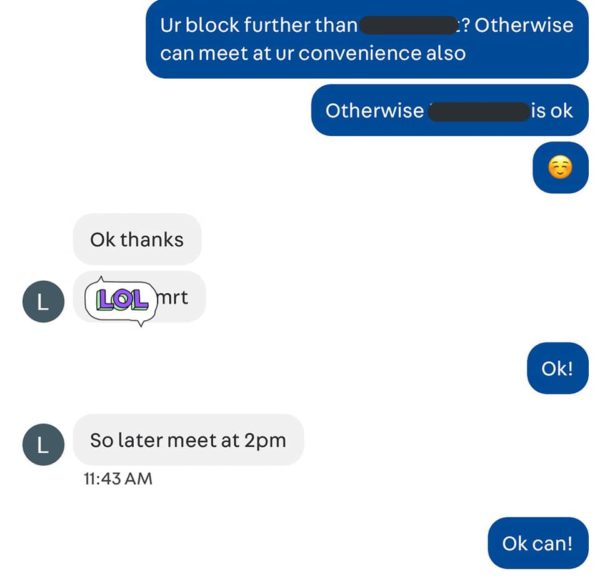 As the time of their meeting came closer, the buyer decided to film the interaction and see if the seller would be as rude as he was behind a screen, in real life.

Remembering the remarks directed at the buyer, he walked up to the unsuspecting seller and threw those online comments back at him. 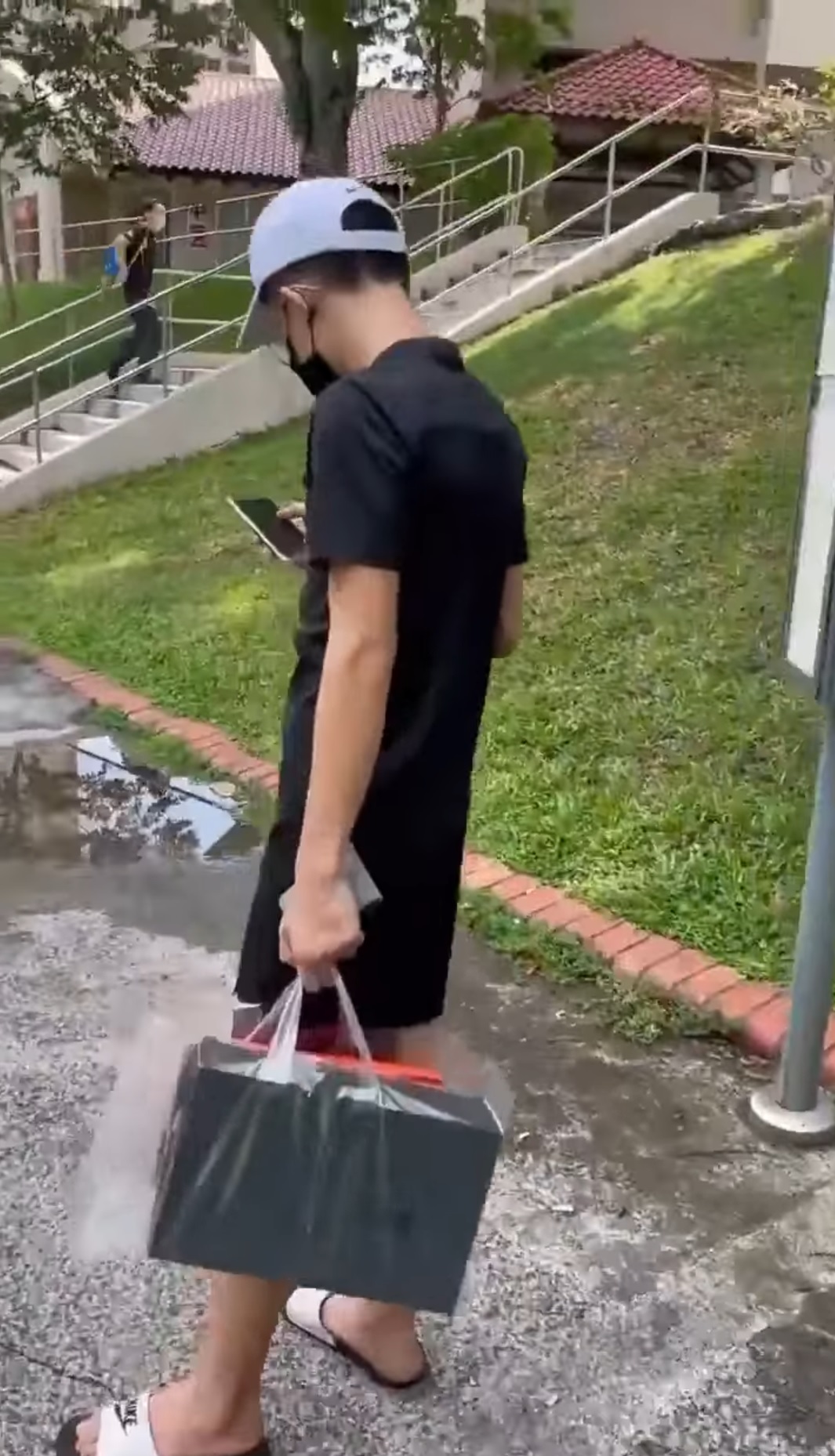 Taken aback, the seller denied the claims he made over Carousell.

The buyer then asked him to follow him, presumably to a less crowded location.

Even though not everything was filmed, the buyer is assumed to have confronted the seller and after a while, he decided to film the rest of the altercation.

Seller apologises for what he said on Carousell

A 2nd part of the encounter was uploaded on social media.

In it, the seller can be heard saying “I’m very sorry for what I said,” The buyer then told him that he “better be sorry”.

While the original thread was first posted on Twitter, it has since disappeared as of 3 Jun.

However, a repost of the encounter on Facebook has garnered over 5,900 shares and hundreds of comments, proving how relatable this story is to a large majority of people.

Some netizens applauded the man for teaching this foul-mouthed keyboard warrior a lesson.

However, there is also an opposing opinion in which netizens questioned the point of filming the interaction as the seller had already apologised.

Another comment also suggested the buyer to be the bigger man and not be so petty to the point of filming the interaction.

While we don’t condone the actions from both sides – after all, filming the encounter is a step further than some may consider necessary – we can understand how frustrating it is to interact with a keyboard warrior.

Even though proposals from buyers can be puzzling at times, one needs to practice patience and conduct yourself in a considerate manner on the app.

You never know who’s on the other end of the screen so be mindful the next time you engage in a trade on the app.

Launching into verbal tirades isn’t the way to go, and we should treat people online with the same respect as we would in real life.