It is a common sight to see stray cats of various types and colours wandering around HDB estates and hawker centres.

Most of the time, they look healthy and well-fed. But this may instil a misconception that stray cats are getting by just fine on the streets.

For one unfortunate cat, it was not the case. 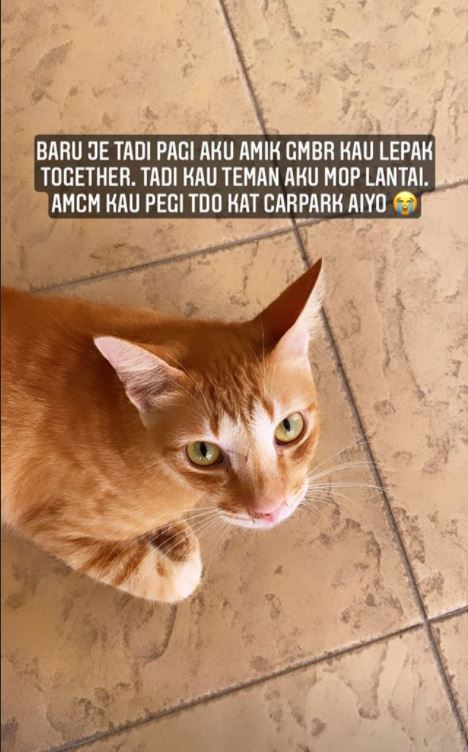 A Singaporean woman found a stray cat which needed an urgent surgery to fix its fractured jaw. She started crowdsourcing for funds, estimated to cost $8,000, on Facebook on 28 Aug.

However, she realised that other FB users have been setting up similar and separate fundraisers to solicit donations for the same cat — some even after the stray has passed away. 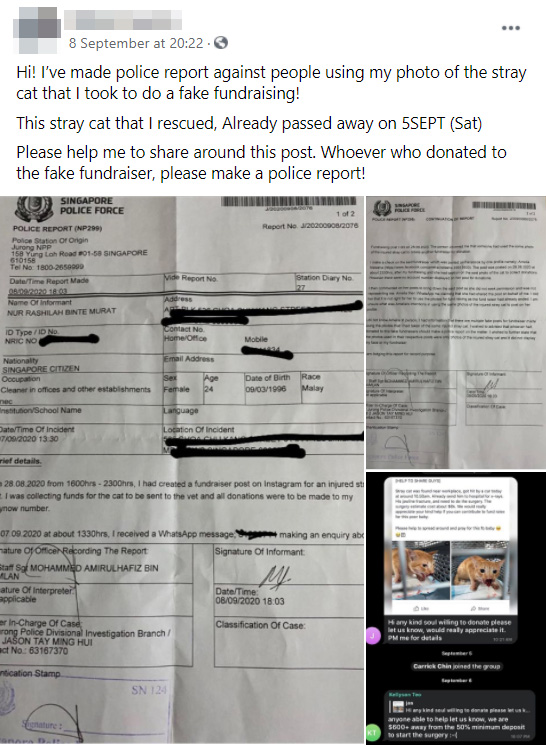 She has since filed a police report, warned others of these scams, and urged victims to come forward as well.

According to the OP Ms Shilah, she found an injured male cat near her workplace late Aug.

Naming him Oyen, she brought him to a hospital and X-rays revealed that he had a jawline fracture with blood coagulated at his mouth.

Surgery was of utmost importance to save his life but costs of the procedure would amount to a whopping $8,000. 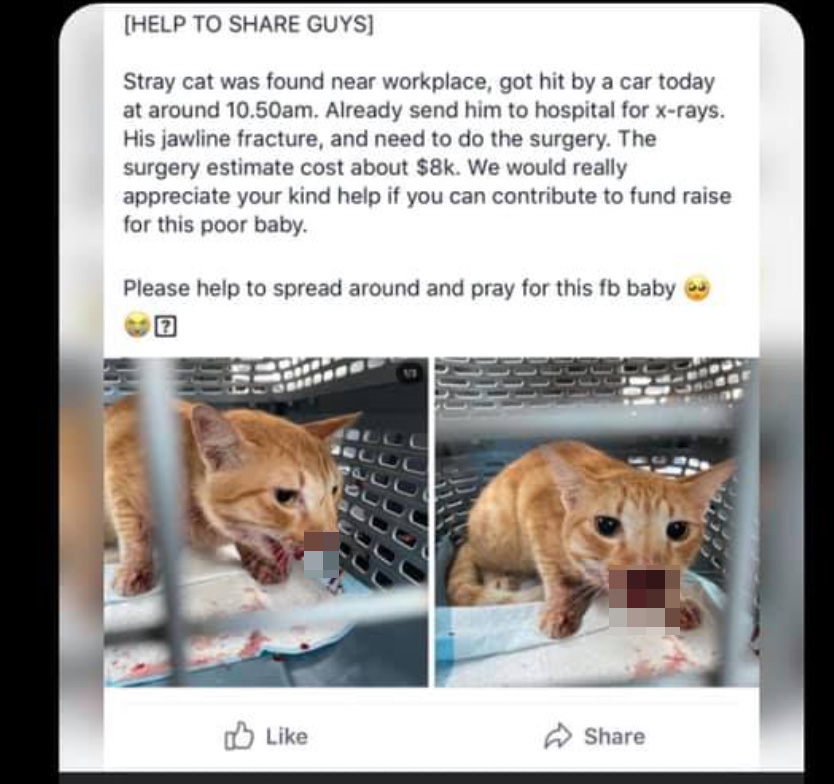 That was when Ms Shilah utilised Facebook to raise for funds so that Oyen could receive the surgery he needed. Sadly on Sunday (6 Sep), she shared on Instagram – which has since been set to private – that Oyen has succumbed to his injuries and passed away even though he seemed to be recovering from post-surgery. 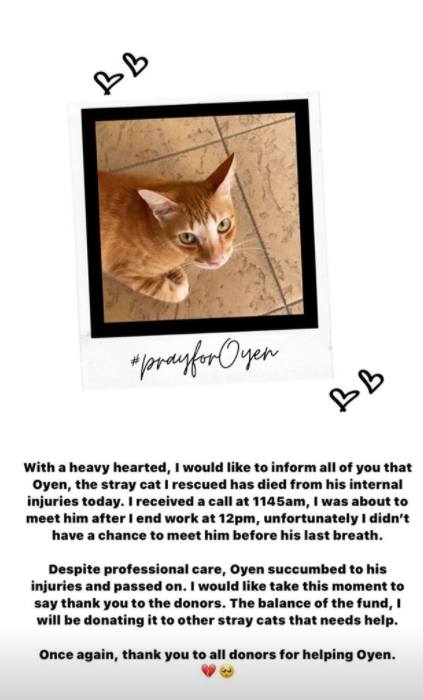 Fundraisers may mean well, but are misleading

However, Ms Shilah received a WhatsApp message on Monday (7 Sep) alerting her to a separate post allegedly soliciting donations for the same cat, even using the same images posted by her.

When Ms Shilah approached the OP of the post on WhatsApp to inquire the reason for the separate fundraiser, the latter said she was helping Ms Shilah to spread awareness.

The crux of the issue, according to Ms Shilah’s explantion, was that the post alludes to the fact that Oyen was still alive, even though he had passed away. This can be misleading for donors who think the injured stray cat is still in need of surgery.

Lodges police report, advises others to do so too

Now, she claims she has caught wind of multiple other posts still crowdsourcing funds for Oyen by using the same images.

On Tuesday (8 Sep), Ms Shilah filed a police report at the Jurong Police Division on these scam fundraisers in hopes that authorities will investigate this matter. 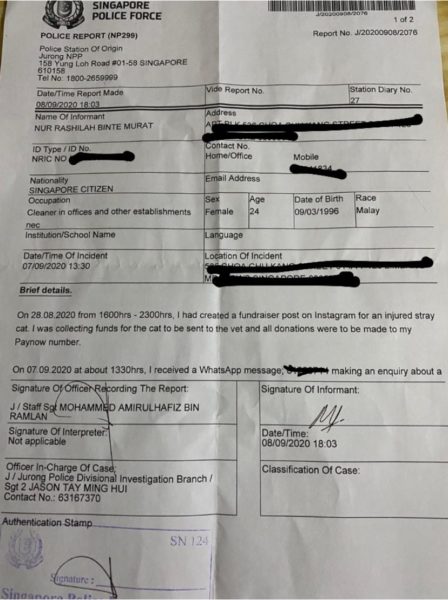 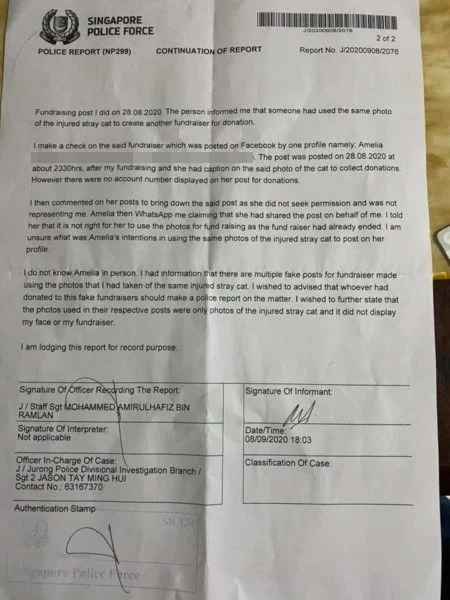 She posted the hardcopy of the police report to caution others about these scams floating around and not to fall victim to it.

An act of kindness should not be exploited

We encourage a community culture of helping those in need, including animals who are defenceless and left to their own devices to survive.

Singaporeans have been striving to inject more compassion in our society.

But it seems, the correlated issue we need to tackle actively as well would be the increasing number of scams to take advantage of kind or vulnerable people.