They urging residents to have a heart for the kitty.

Stray animals have a rough life trying to survive on the streets, as seeking food and shelter can be challenging.

Community cats at HDBs normally have kind residents looking after them, such as having a box left behind for them to use as shelter.

Sadly, animal lovers in Marine Parade realised that every time they leave behind a box for a community cat, it disappears. This prompted them to post a desperate plea on Facebook on Friday (5 Feb). 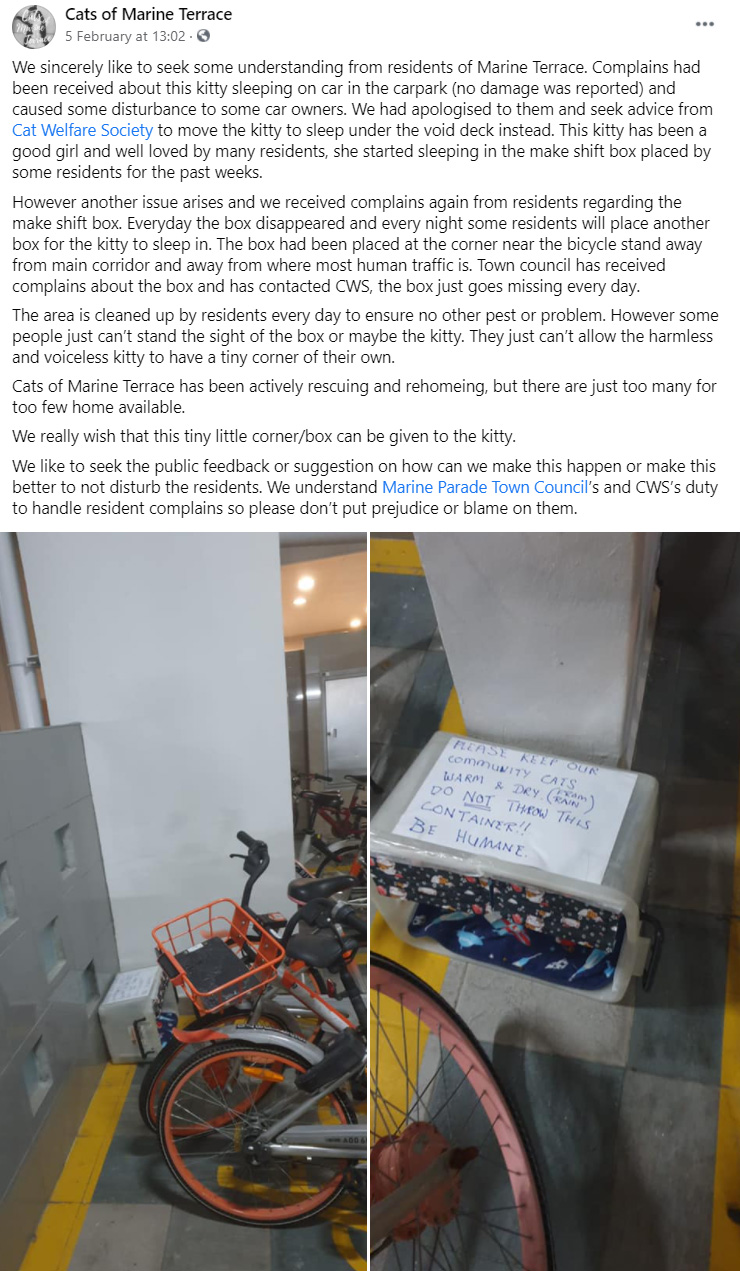 They’re seeking compassion from residents, in hopes that the feline can have a space to call home at the void deck.

Box left at void deck for cat to seek shelter 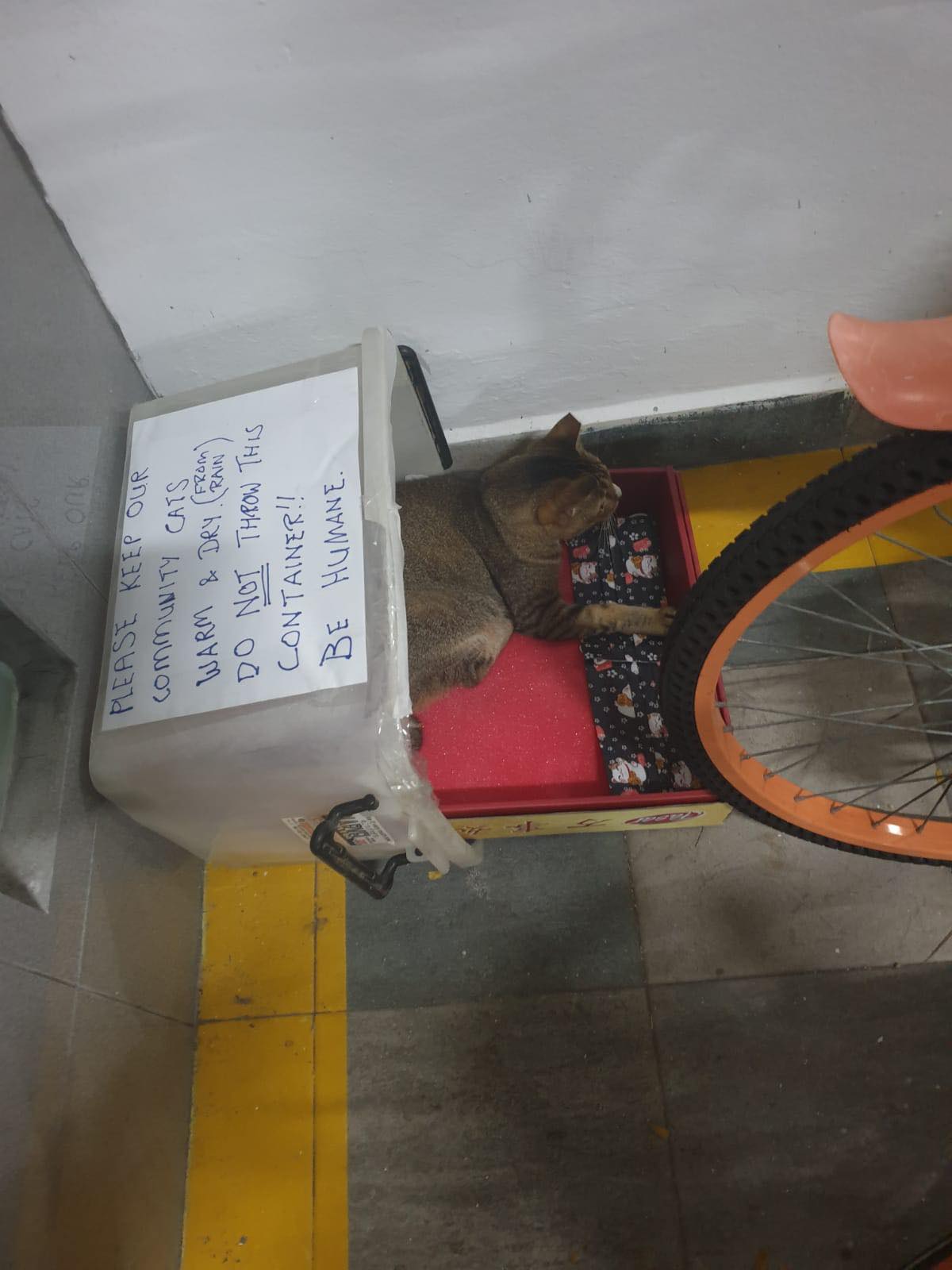 They shared that previously, there were complaints of the cat sleeping on cars in the carpark. This may have caused disturbance to some car owners.

After seeking advice from Cat Welfare Society, volunteers shifted the cat to sleep at a void deck instead. 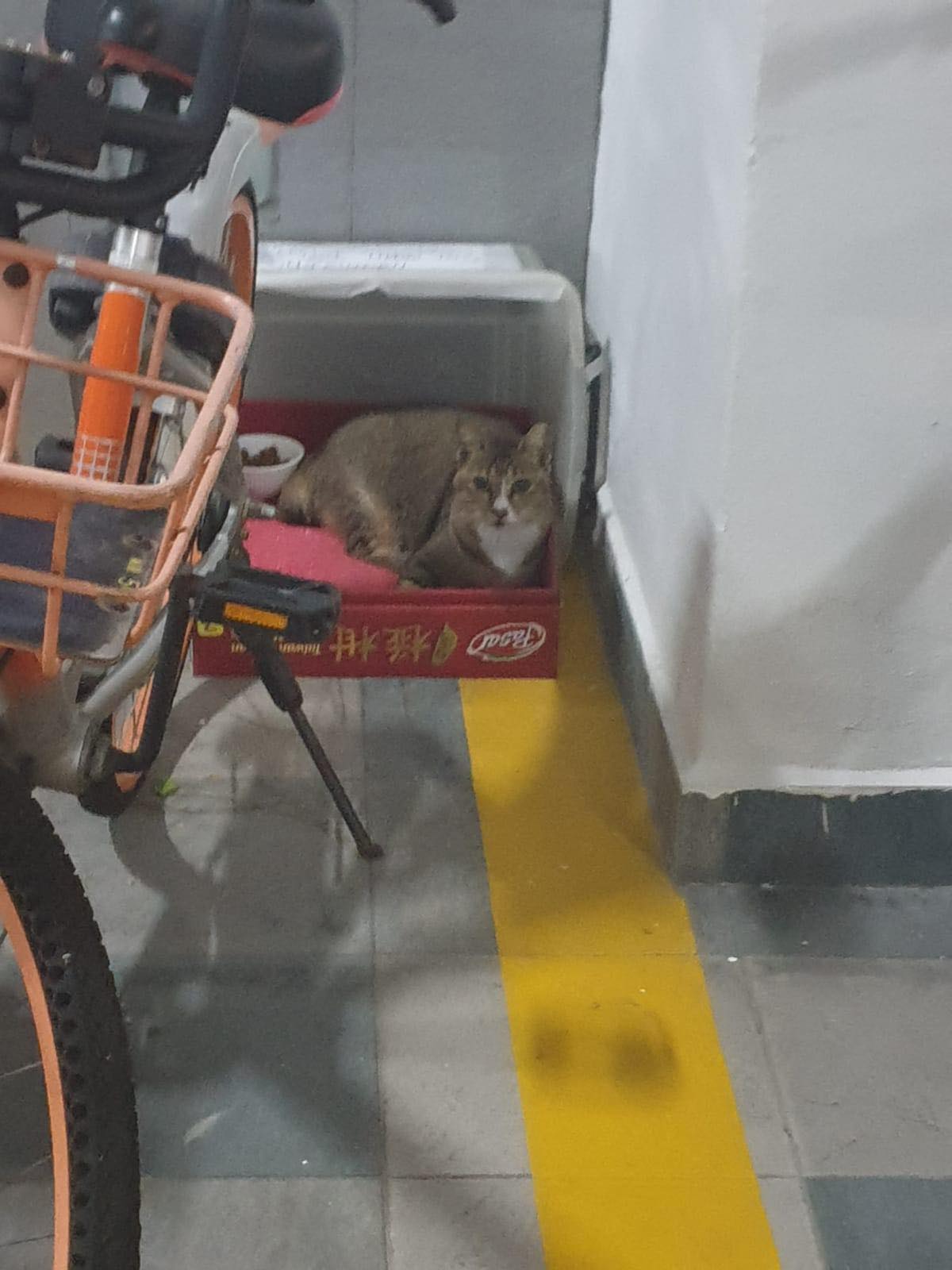 As she was obedient, several residents grew affectionate towards the feline. Some even placed a box there so she could sleep in it.

However, volunteers realised that the cat’s shelter box disappears every day, even after they promptly replace the box every time it happens.

They said they had placed the box near the bicycle stand away from the main corridor, which also meant away from human traffic. 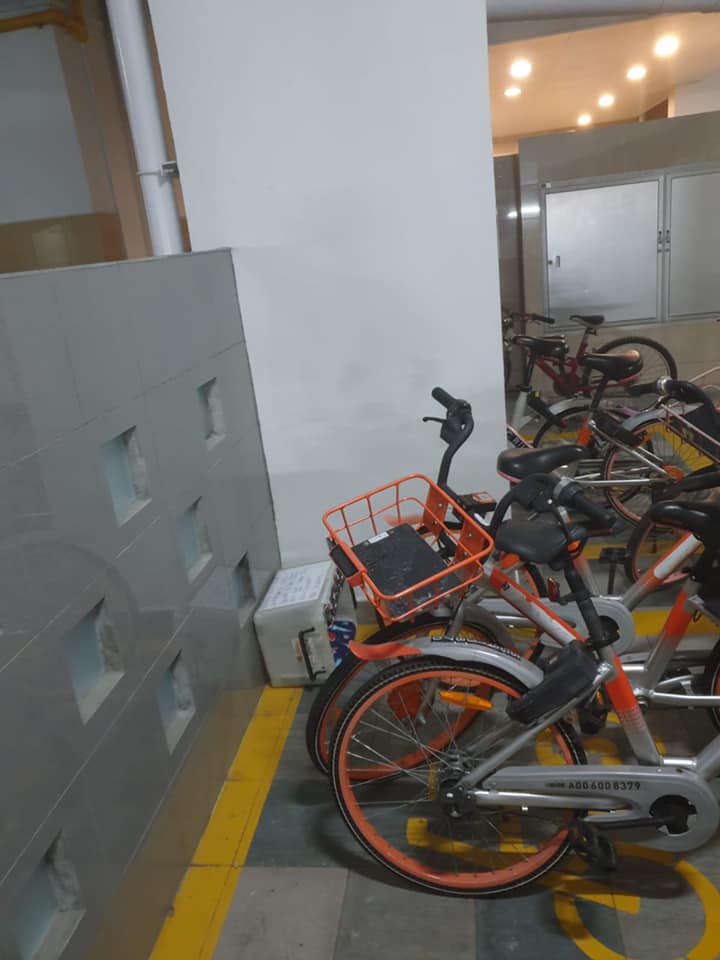 Eventually, they learnt that the town council has received complaints about the box and contacted Cat Welfare Society.

The volunteers assured that residents who care for the cat would clean the area regularly to ensure that there were no problems. 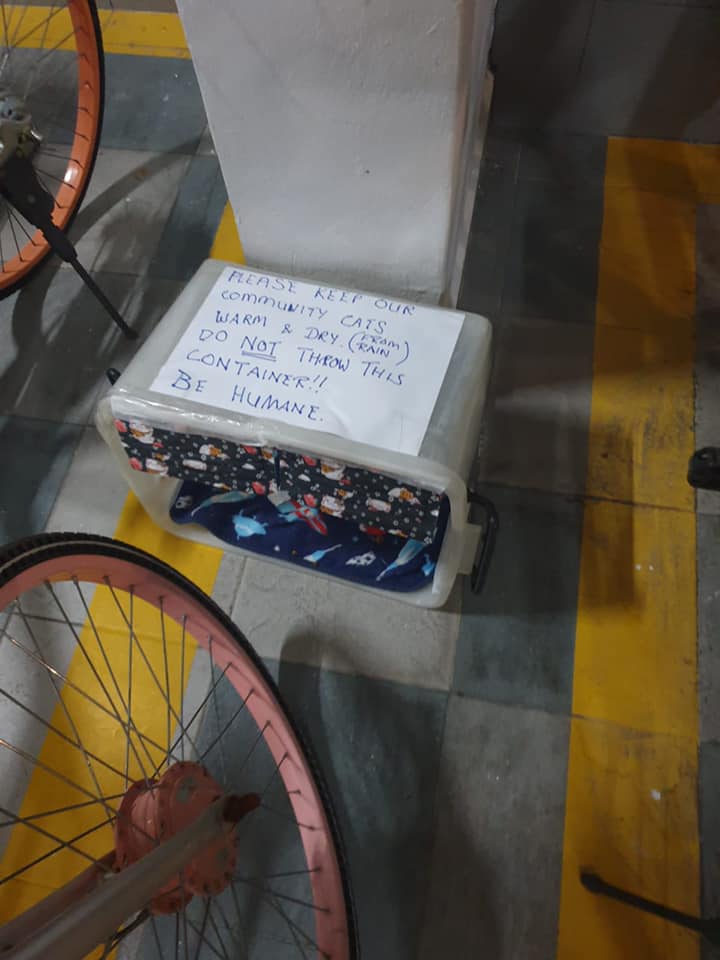 They deduced that some people “just can’t stand the sight of the box or maybe the kitty”.

Sharing that volunteers have been actively rescuing and rehomeing as many community cats as they can, there are simply not enough homes for these strays to seek shelter at.

We really wish that this tiny little corner/box can be given to the kitty.

They ended the post by saying that they’re seeking feedback from the public on how they can make life better for the cat without disturbing the residents.

This incident has sparked a debate among netizens online, with some bemoaning the lack of compassion shown by residents towards the cat.

Some, however, raised the concerns about cleanliness if the cat were to stay there permanently.

No matter one’s stance, we hope that both residents and animal lovers can find ways to compromise, so that the cat is able to live safely in the open with a roof over her head.

What do you think of the incident? Share your thoughts with us in the comments below.