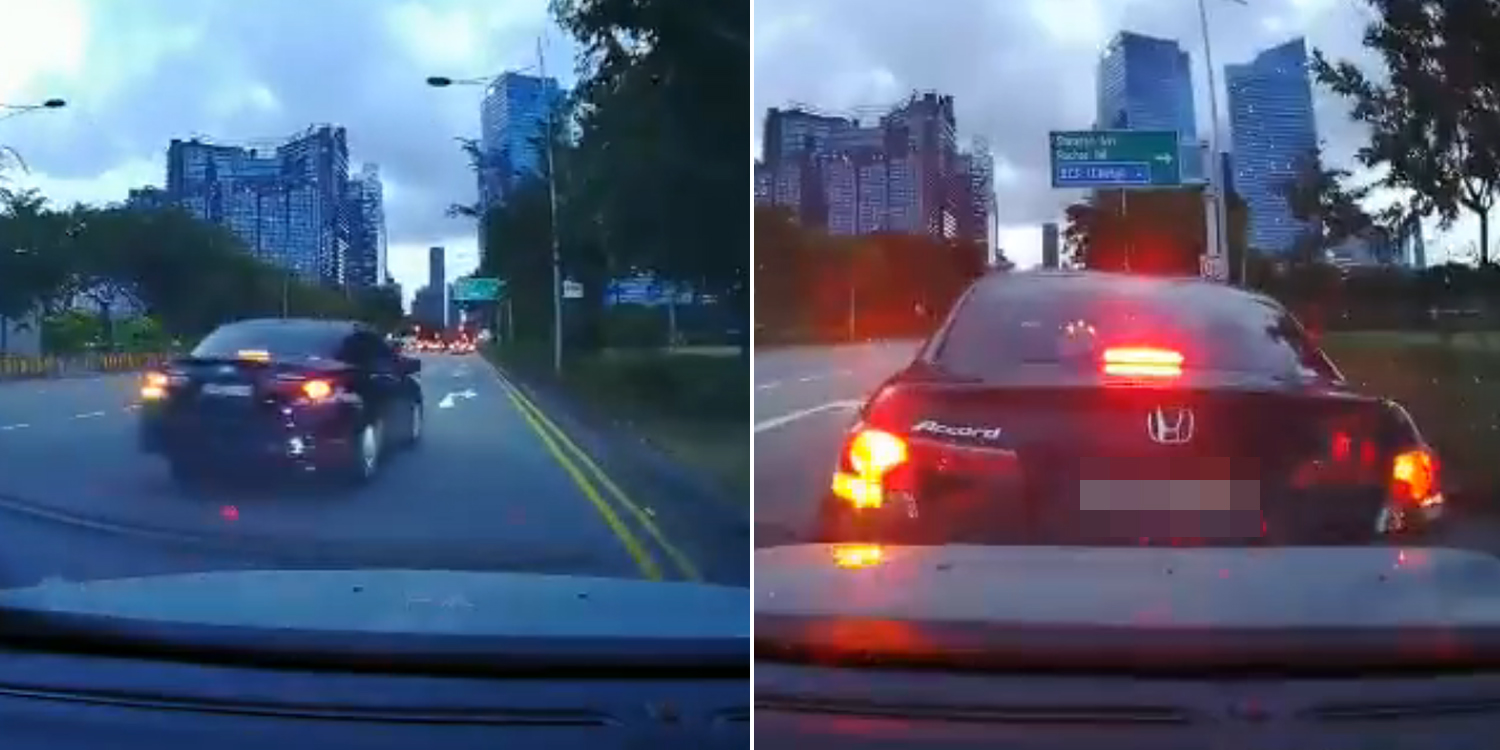 Having the car in front jam on their brakes is arguably one of the most terrifying things that could happen on the road.

After all in such situations, a collision is almost certain to take place.

Recently, a driver cruising along Central Boulevard received a rude shock when another driver suddenly cut into the same lane and jammed on the brakes.

Expectedly, this resulted in the former car rear-ending the latter.

Footage of the accident was shared on the SG Road Vigilante Facebook group on Tuesday (29 Sep).

2 young passengers in the former car were reportedly traumatised as a result of the collision, and could not stop crying later that night.

Honda Accord driver jams on brakes along Central Boulevard

Prior to the accident, the owner of the dashcam footage was seen travelling on the right-most lane on Central Boulevard near Marina Bay Sands.

According to the timestamp in the video, the accident occurred on Saturday (26 Sep) at around 6.45pm.

The roads were wet at the point in time, evident by the sweeping wipers.

Out of nowhere, a black Honda Accord cut into the lane from the left, and the driver jammed on its brakes despite there being a significant gap between it and the cars ahead.

The vehicle with the dashcam could not stop in time and crashed head-on into the Accord’s rear.

It did not take long for the passenger and driver to exit the Honda to inspect the damage.

Driver’s children could not stop crying at night after accident

Reflecting on the accident, he felt that there were no reasons that could justify the Accord driver’s actions.

He added that his young kids, who were in the car during the accident, were traumatised and could not stop crying later that night.

Describing the Accord driver’s actions as “very irresponsible and danger(ous)”, he said that he would not have lived to tell the tale had he been riding a motorcycle.

No explanation could justify jamming brakes

While the events prior to the accident remain unclear, we hope the drivers arrived at a peaceful resolution.

We also hope that the contributor’s children have recovered from the shock of the incident.