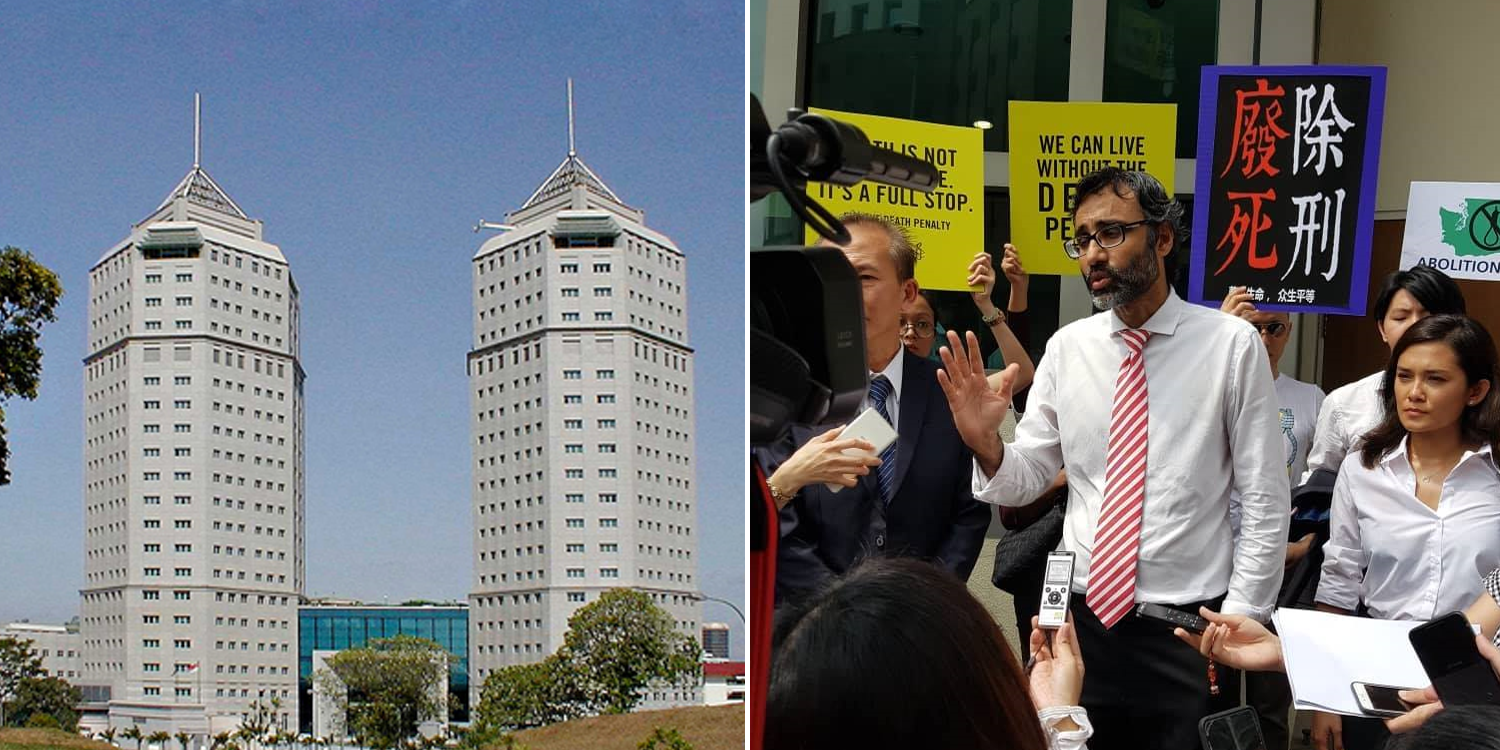 The Malaysian Human Rights Group ‘Lawyers For Liberty’ (LFL) has earned a harsh rebuke from Singapore’s Ministry of Home Affairs (MHA) over baseless allegations of brutal misconduct during scheduled hangings of prisoners.

LFL alleged in a statement on their website that horrific abusive practices were standard procedure in Changi Prison. They have also made vague claims that their assertions come from “former and current” prison officers with “impeccable” records. 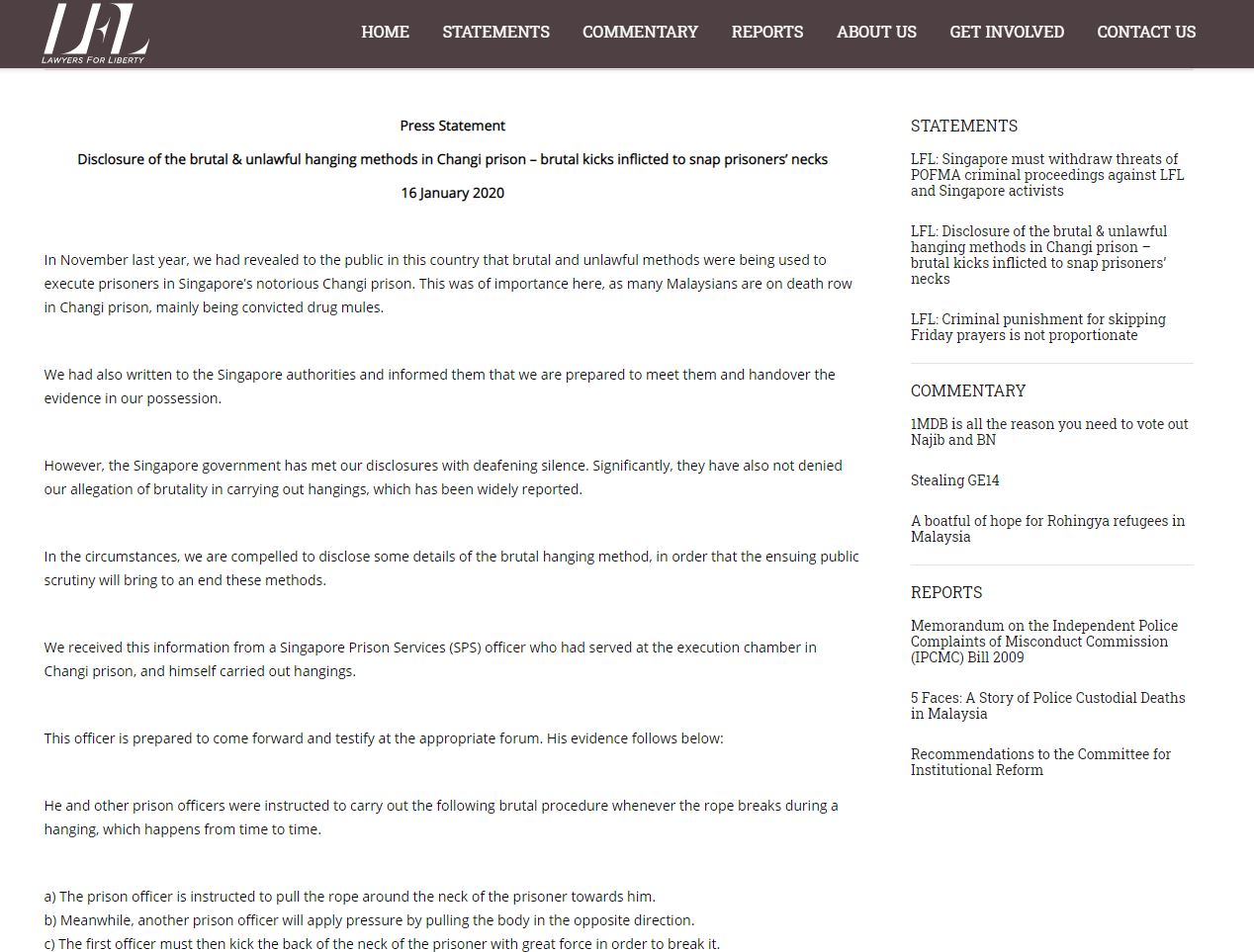 In their statement posted last week (16 Jan), LFL alleged that illegal practices were being regularly used during prisoner executions.

Allegations include orders to “kick the back of the prisoner’s neck with great force in order to break it”. You can read the others in LFL’s full statement here.

LFL also claim that these practices were part of ‘special’ prison officer training. They state that the Prison Service has gone to great lengths to cover up all evidence of these practices.

Furthermore, they allege that these practices were sanctioned by the Minister for Home Affairs, Mr K Shanmugam, as well as the government as a whole.

MHA claps back against “baseless” allegations

Quick to address the claims, MHA has responded with a lengthy and harsh reply. 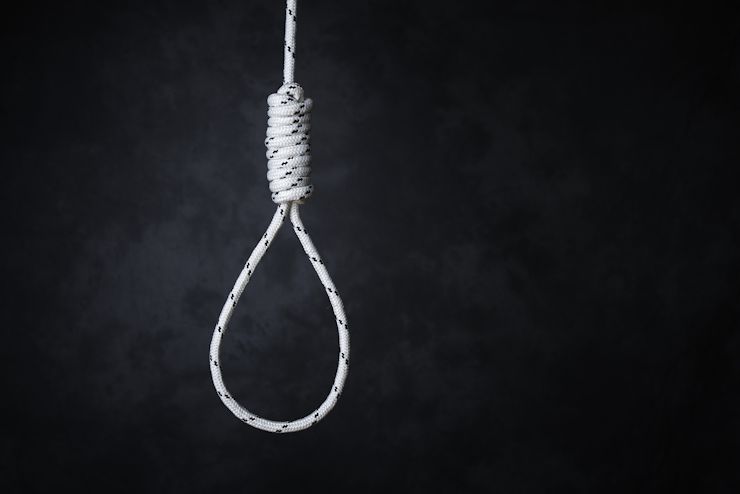 According to them, the allegations of brutal practices as well as their sanction by the government are “entirely unfounded”.

They explain how each judicial execution is accounted for, leaving no room for such illegal practices to occur.

Each execution requires the presence of the Prison Superintendent and a doctor, as well as other witnesses.

Within 24 hours, an inquiry must also be launched by a Coroner, who is always either a Judge with the Singapore State Courts or another Judicial Officer.

In fact, LFL’s claim that Coroners are a part of an alleged cover-up is a very serious accusation. By condemning the Singapore Judiciary this way LFL are clearly attempting to question it integrity.

This easily opens them to the charge of scandalising the judiciary.

MHA asserts that LFL has only produced these claims in an attempt to get convicted Malaysian prisoners off the hook. 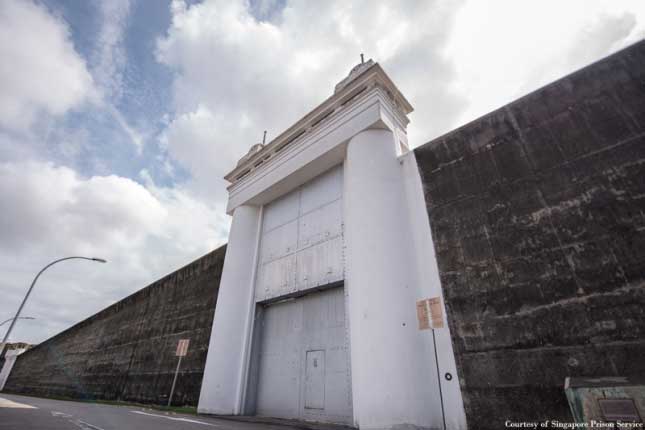 According to their statement, they believe that these falsehoods have been published in a deliberately sensational manner.

Their main objective is to garner attention so that they can attempt to free imprisoned Malaysian drug traffickers currently awaiting execution.

MHA has also reiterated its stance that drug traffickers are harmful, and are responsible for destroying the lives of Singaporeans. Those attempting to flout the law should be prepared to face the consequences if caught.

MHA has now issued a Protection from Online Falsehoods and Manipulation Act (POFMA) correction direction to LFL. LFL has responded that they will refuse to comply.

Be wary of false accusations

We should be wary of foreign parties critcising our civil servants. As MHA has noted, they may be pursuing an agenda.

Ever since the introduction of POFMA, the government has been rather stringent in clamping down on fake news.

Let’s do our due diligence and confirm the legitimacy of anything we read online before sharing them.