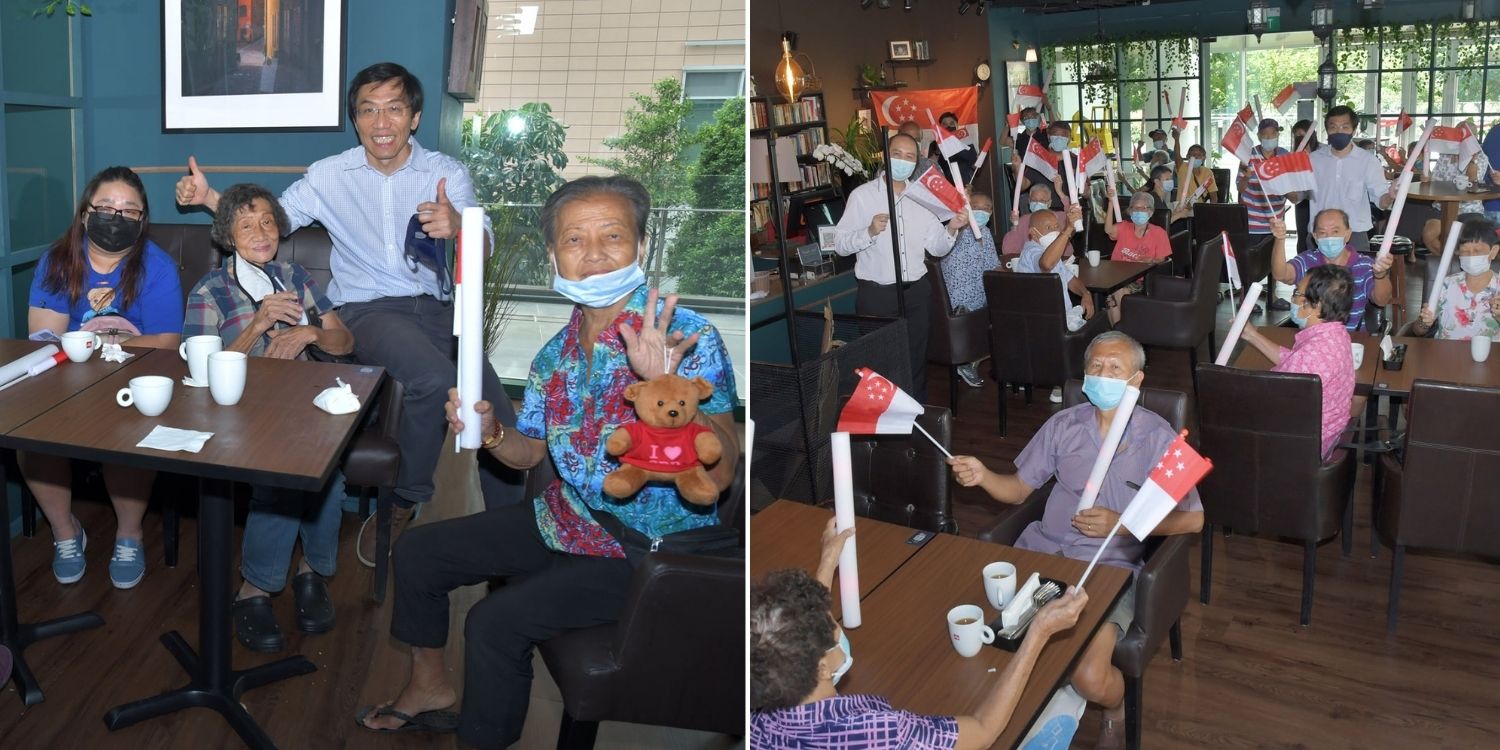 Those who’ve been following Dr Chee Soon Juan’s café know that it’s been closed on Mondays since early Jul.

However, on one Monday, Orange & Teal opened its doors for a very exclusive group of people – cardboard collectors from Chinatown. 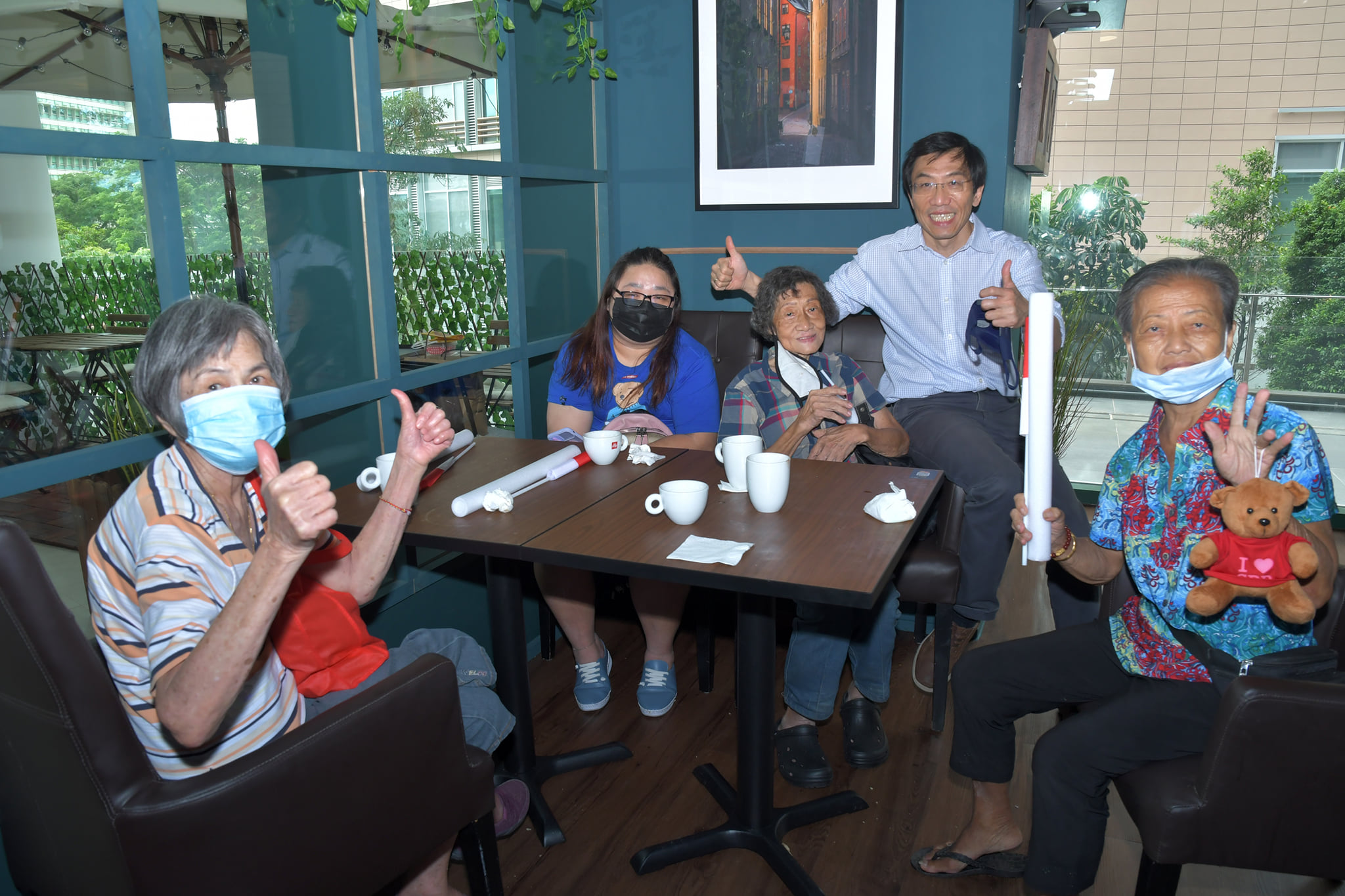 They were given a treat to celebrate National Day, and it seems they went back not just with full stomaches, but full hearts too.

Chee Soon Juan invites the needy to his café

The occasion arose when the Singapore Democratic Party (SDP) chief extended an invitation to vulnerable groups of people on 13 Aug.

He said he’ll treat cardboard collectors and seniors in need to lunch at his café, and asked the public to drop him a line if they knew any. 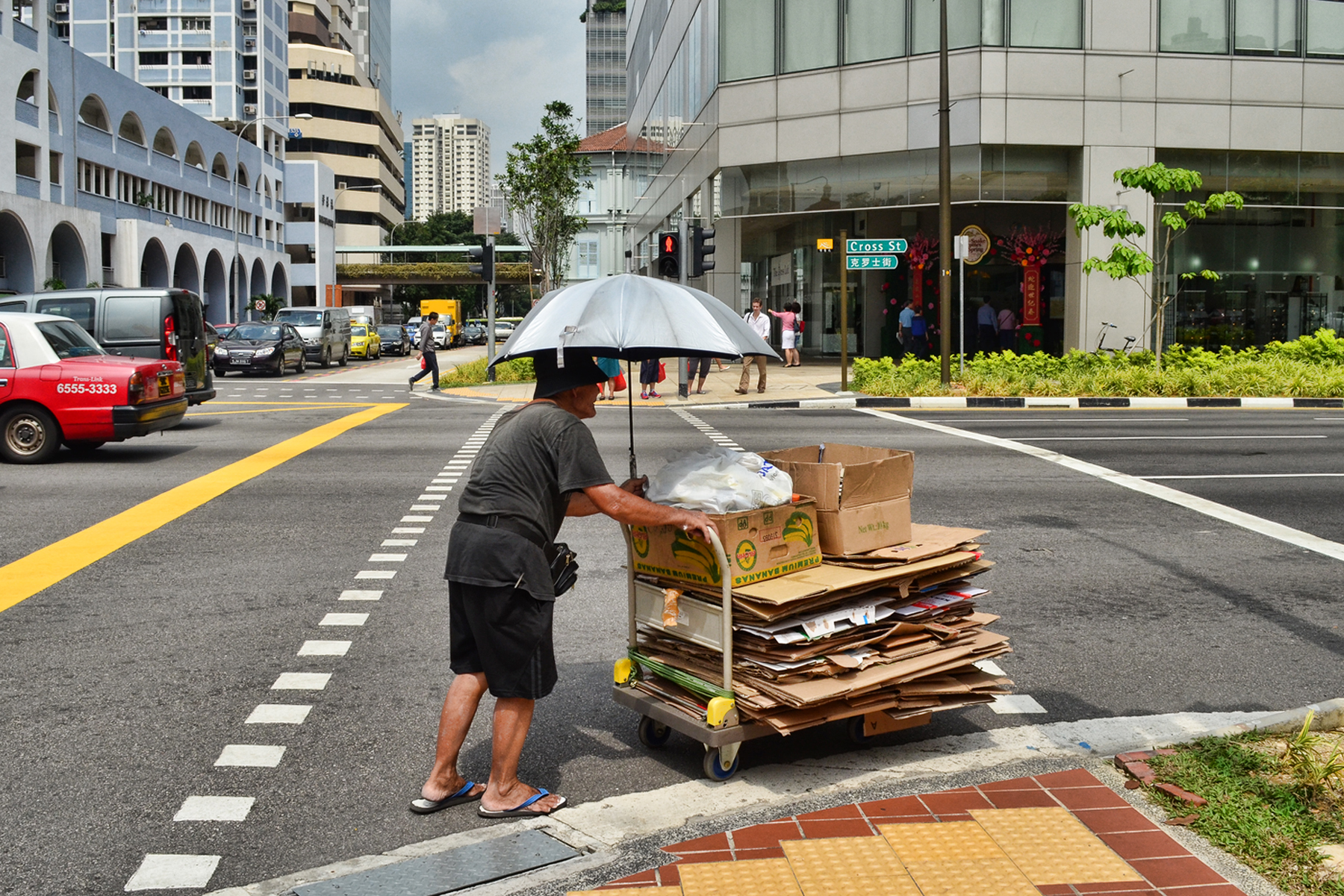 Community organisation Happy People Helping People Community took him up on his offer.

In a Facebook post on Monday (23 Aug), they said they brought over some elderly cardboard collectors from Chinatown.

Transport was arranged for them

As they might have trouble going over to the Buona Vista location from Chinatown, transport was arranged, courtesy of some generous donors. 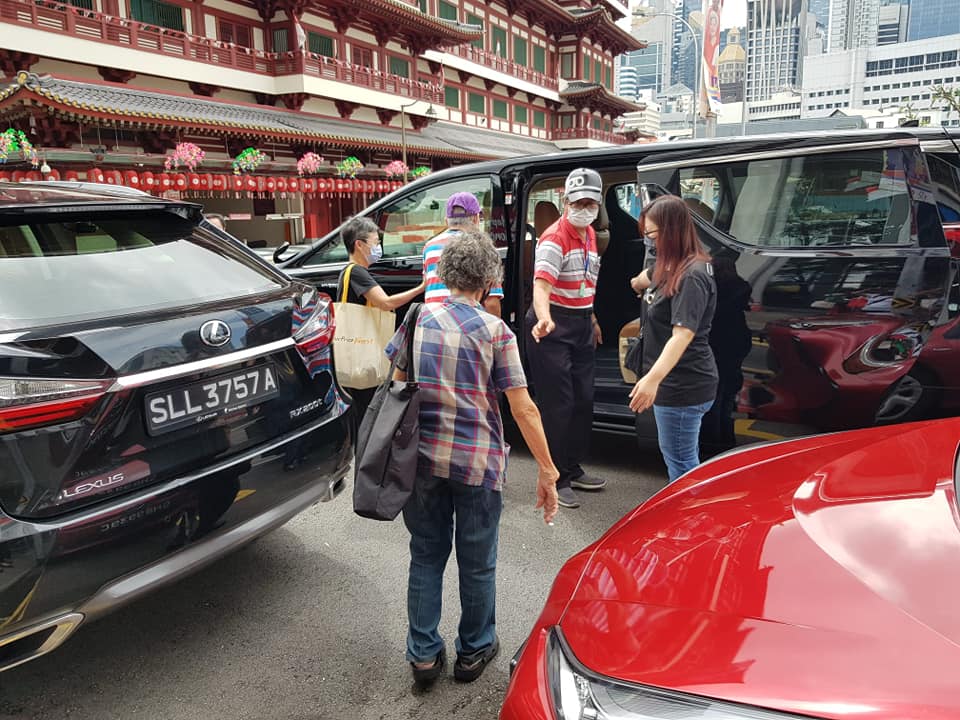 When they reached, a National Day treat was in store for them. 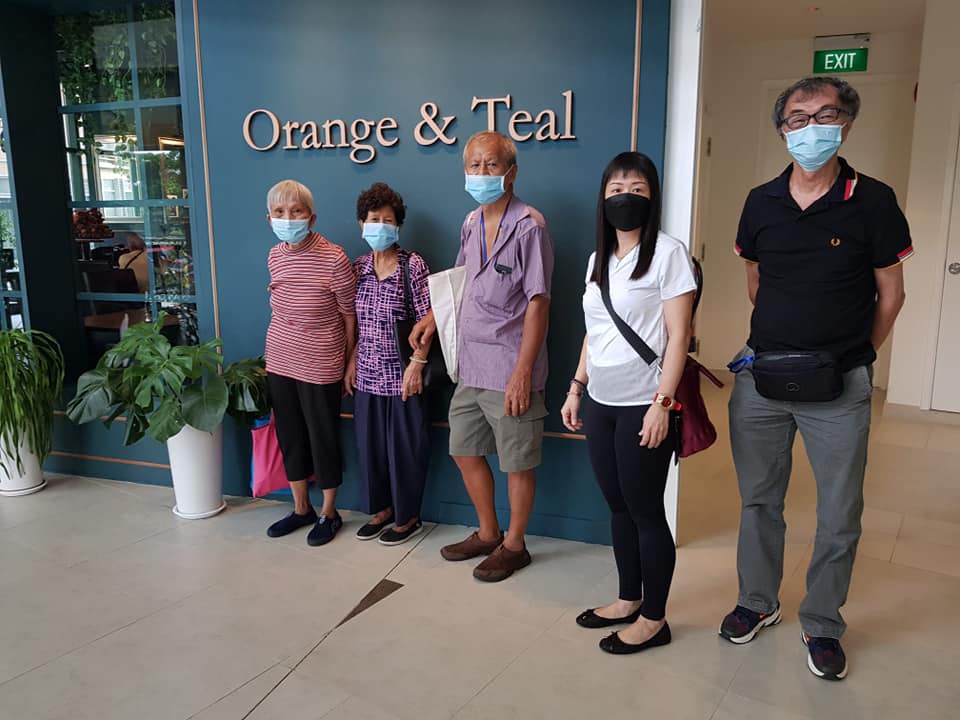 Chicken, pizza & cake on the menu

They were served one of Orange & Teal’s specialties, Poulet Roti, or chicken. 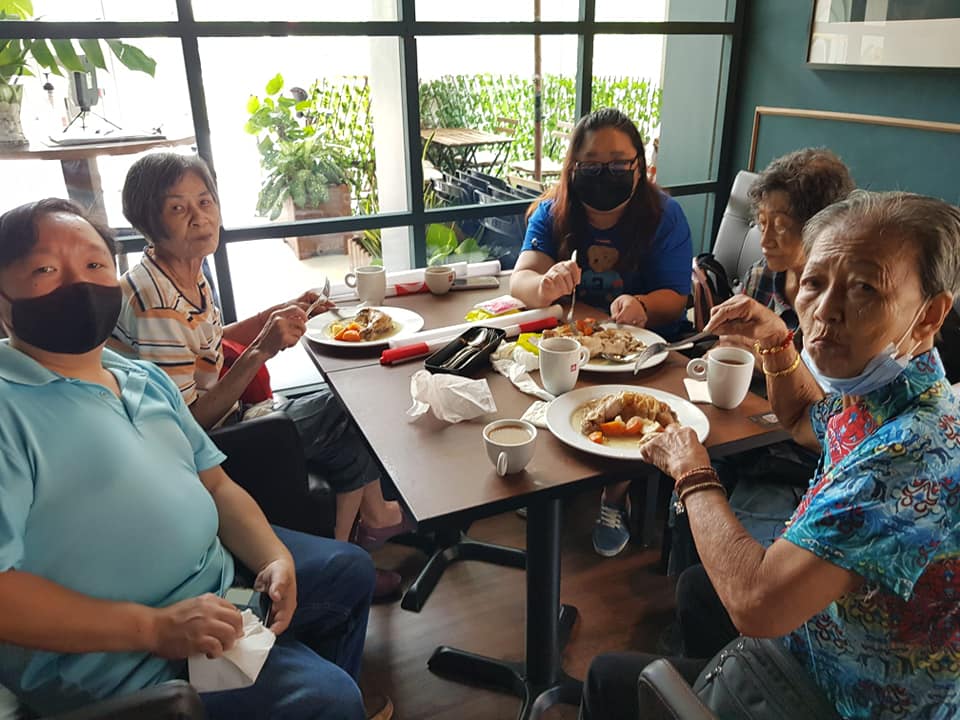 Those who’ve tried their chicken attest to it being juicy and flavourful. 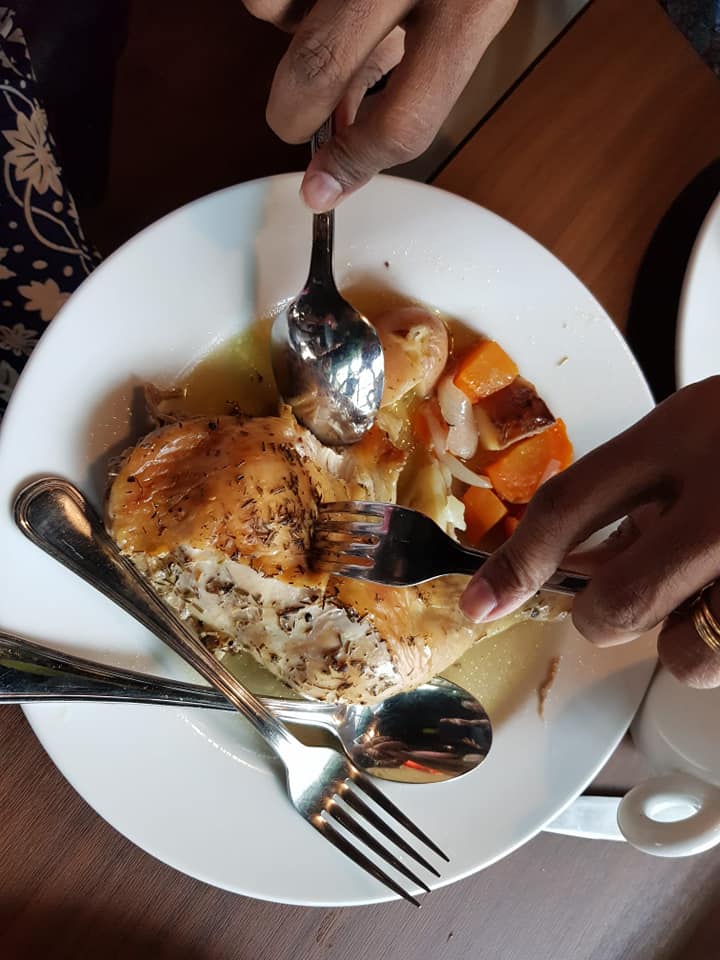 Pizza was also on the menu, along with ice lemon tea and chiffon cake. 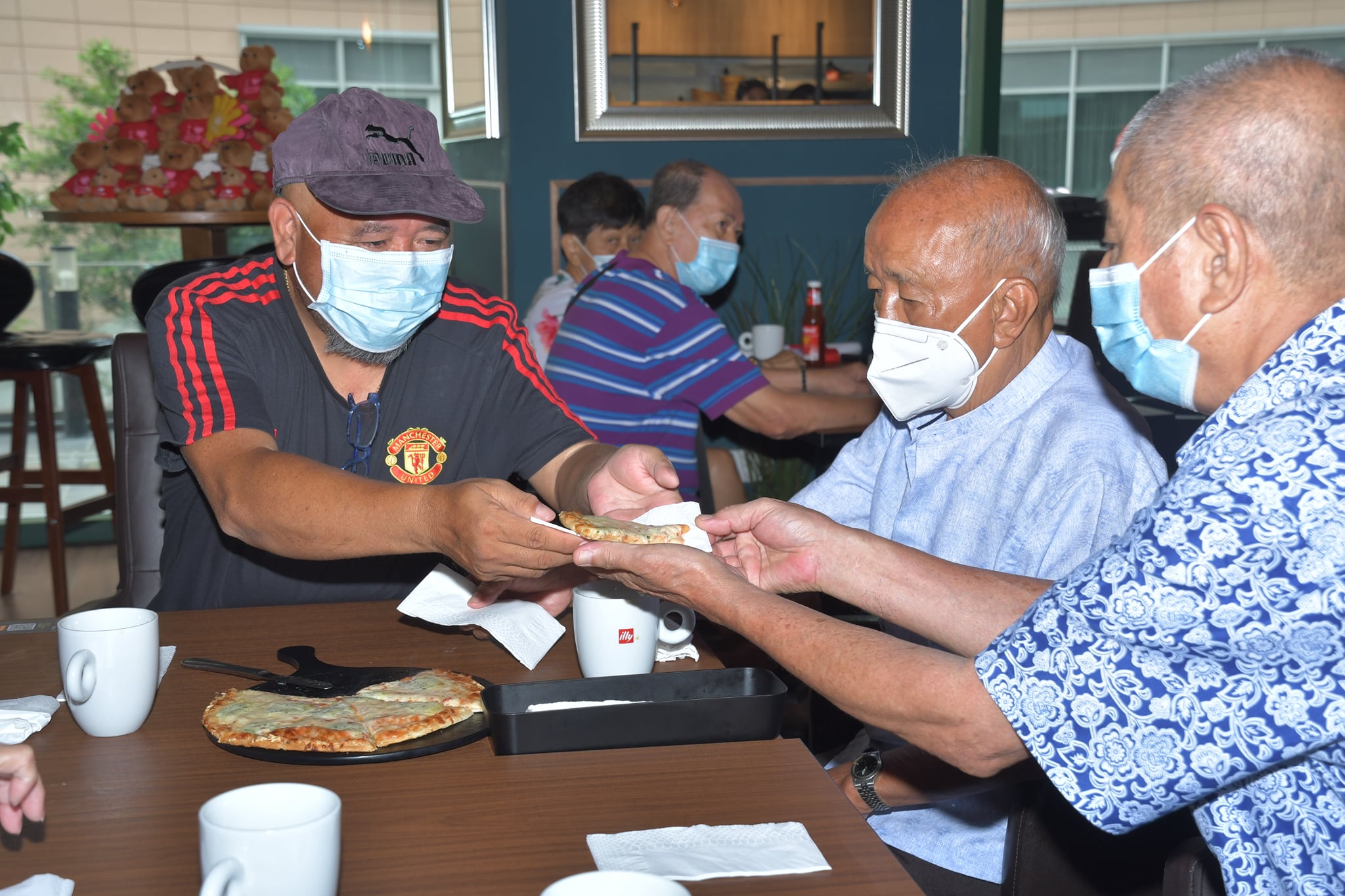 To create the true National Day ambience, flags and lightsticks were also handed out. 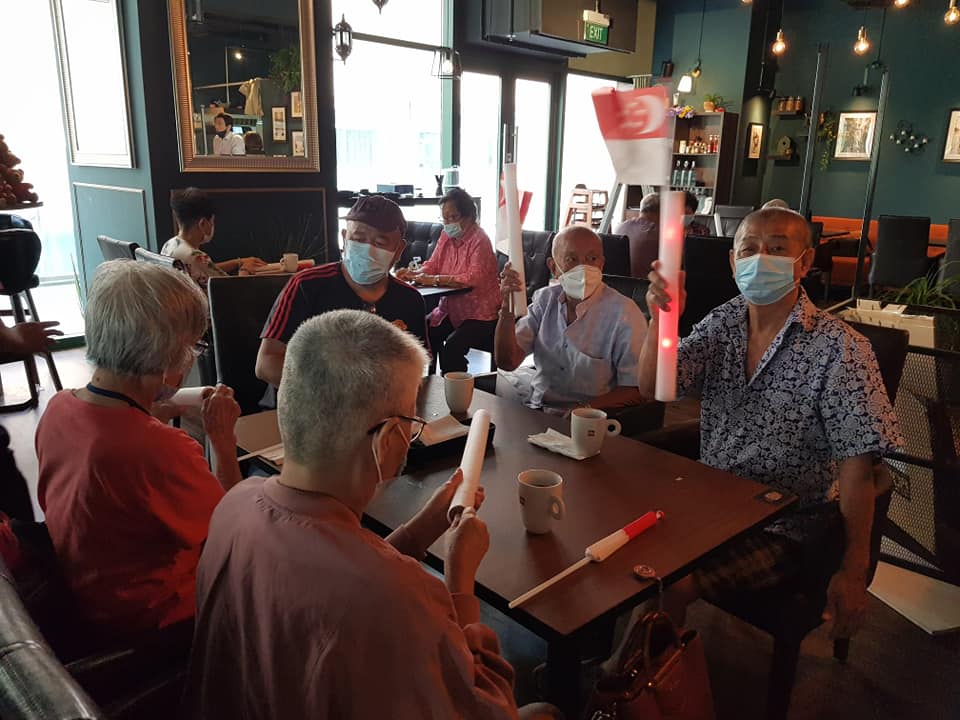 As they wouldn’t have been able to attend last weekend’s National Day Parade (NDP), it’s touching that these seniors who’ve slogged so much over the years could celebrate Singapore’s 56th birthday here.

Looks like they really re-created the NDP carnival atmosphere! 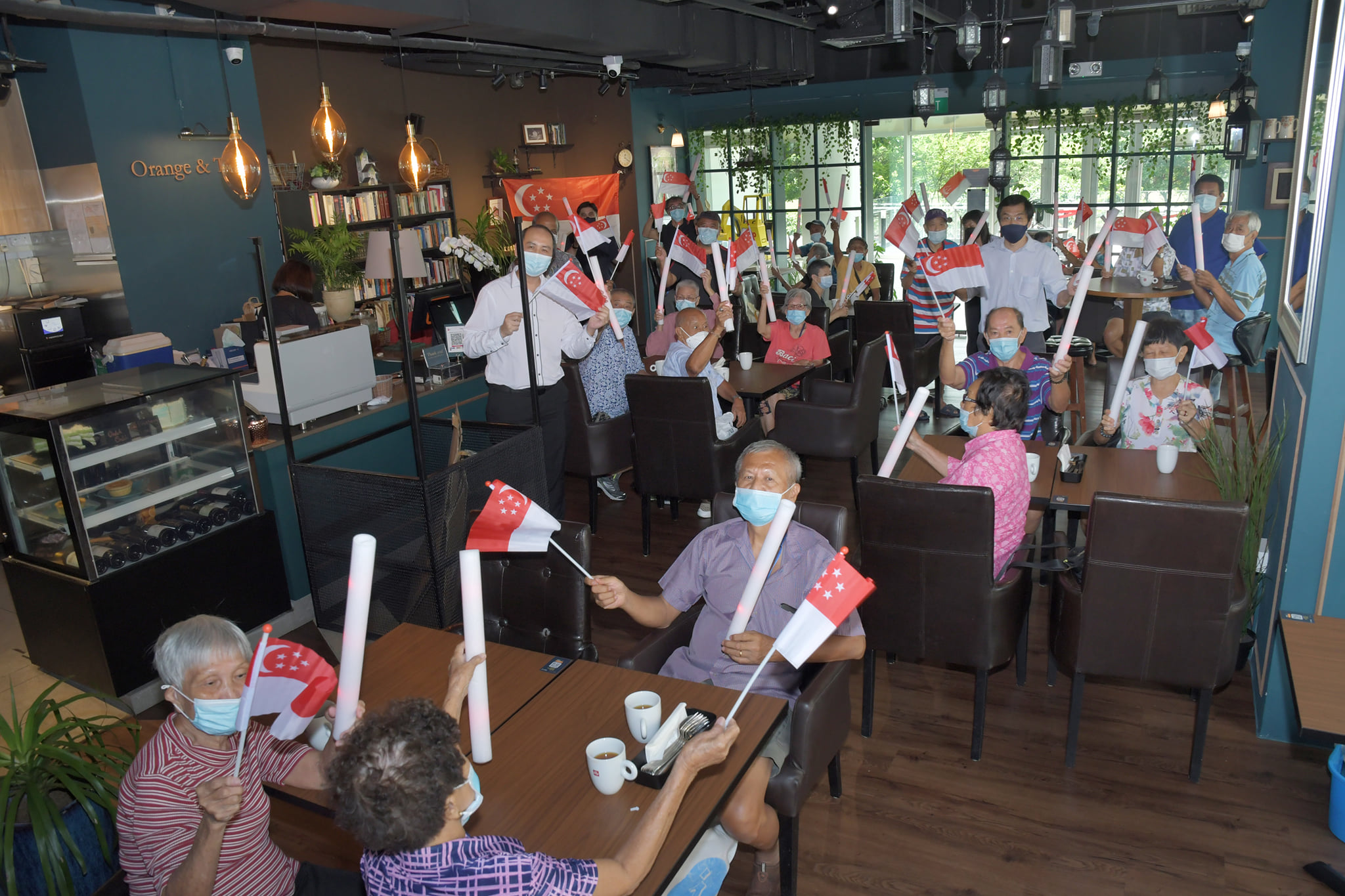 Interestingly, as Monday is supposed to be a rest day for Orange & Teal staff, Dr Chee got his SDP members to help out. 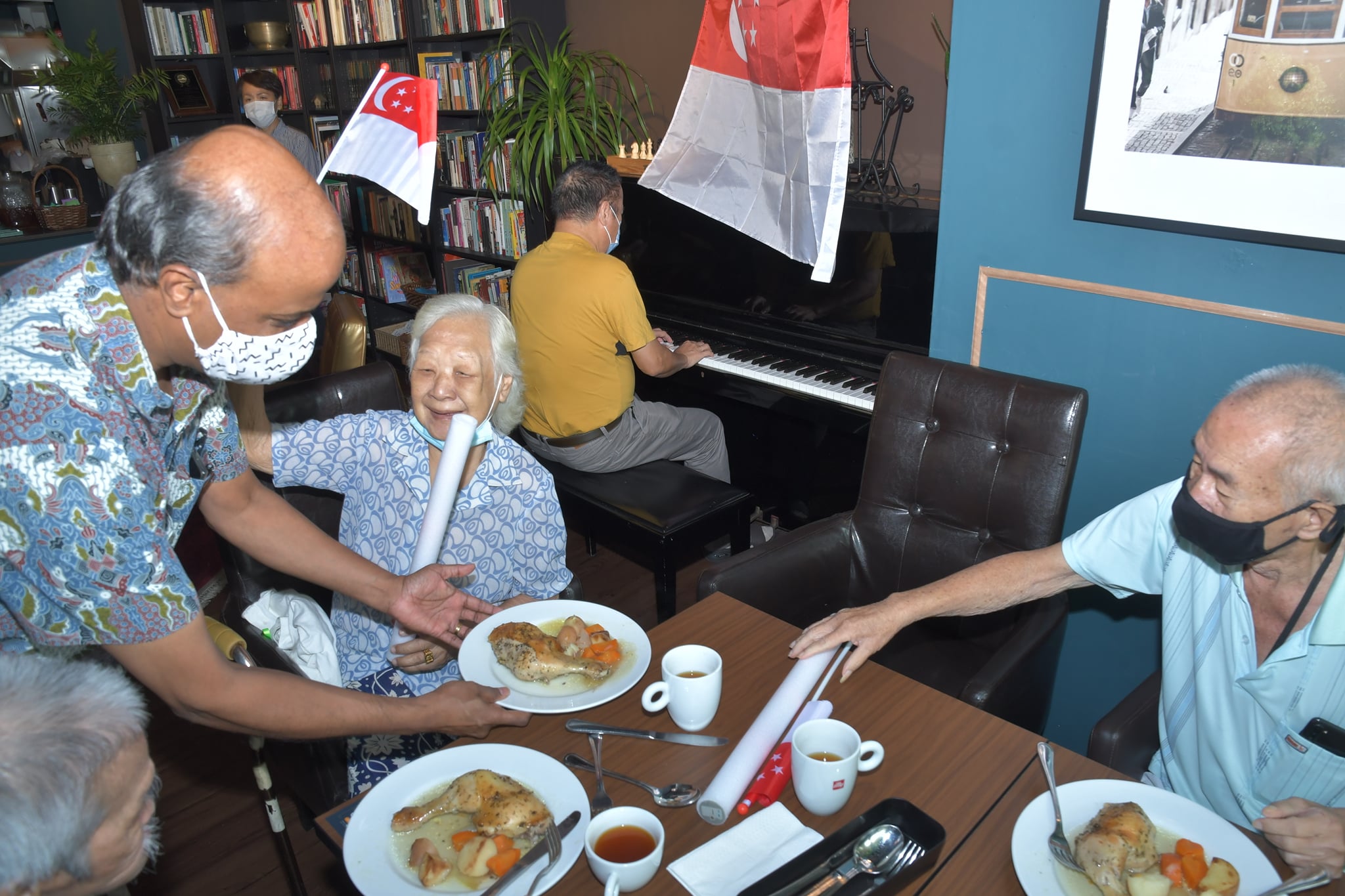 Dr Chee also revealed that with their chef off for the day, SDP vice-chairman John Tan stepped in to do all the cooking. Mr John Tan resting after a day of cooking
Source

Besides settling their lunch, the seniors left Orange & Teal with dinner as well.

Packets of takeaway bismati rice, chicken and prawns were handed out as a “parting gift”, Dr Chee said. 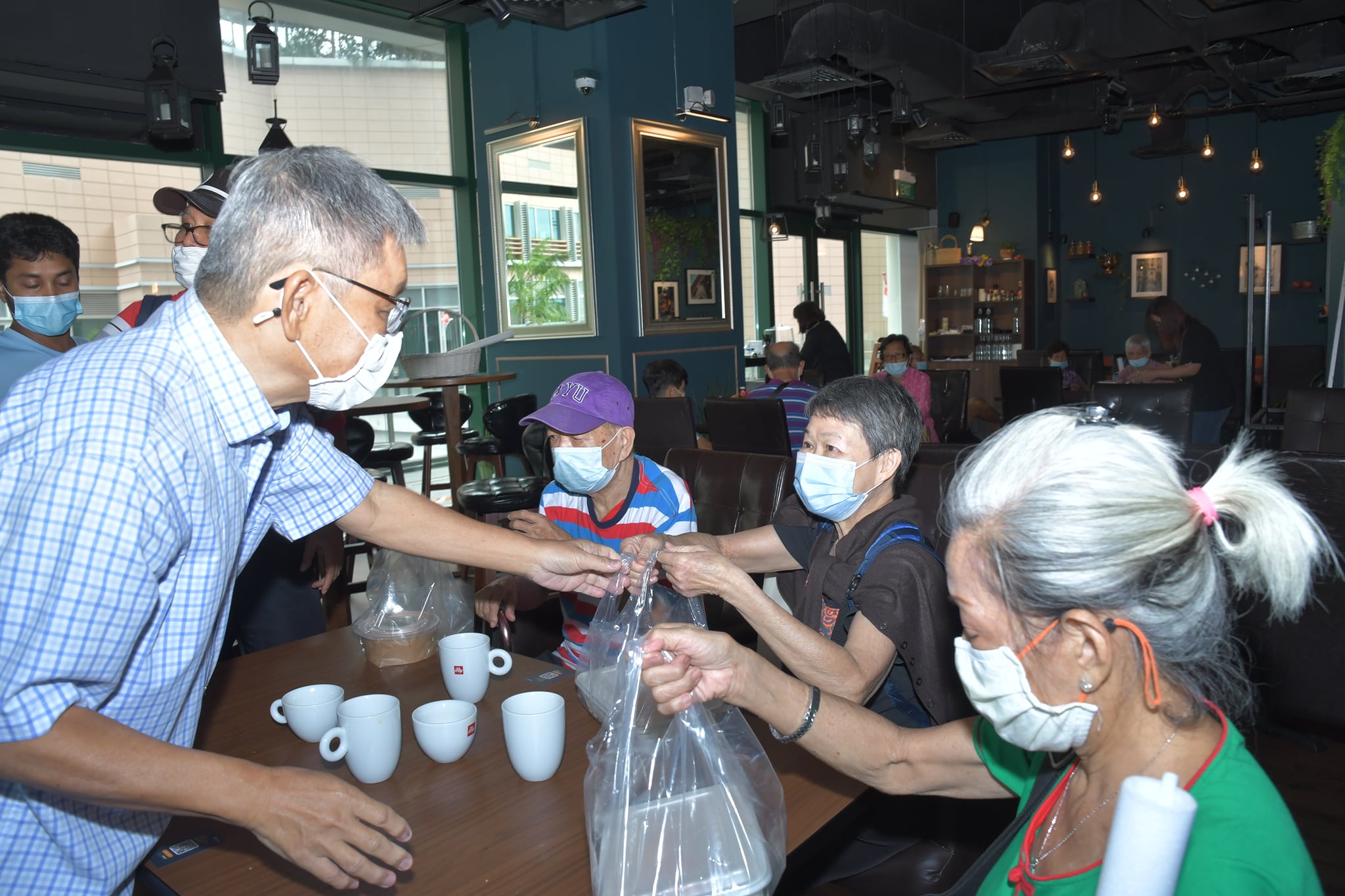 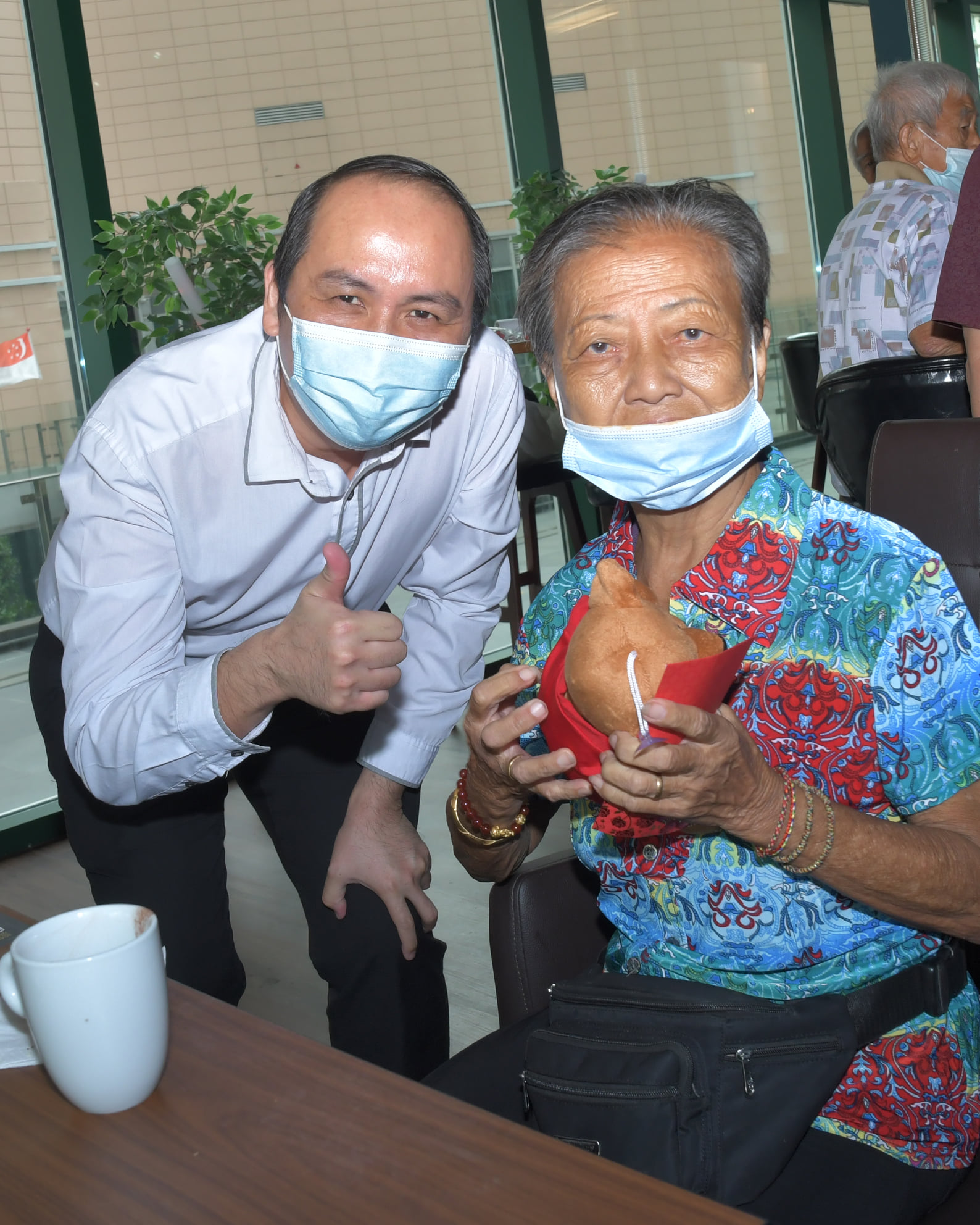 In a Facebook post after the event on Monday (23 Aug), Dr Chee said it was an experience he won’t forget. It was an honour having the aunties and uncles over, he added, thanking his party members and volunteers for their help.

Though the long-time politician has spoken about the less fortunate during previous election rallies, now he’s in a position to actually do something about it.

Dr Chee’s purpose in opening a café was to have a place for get-togethers and discussion over food.

The needy are less likely to be able to do that, so he wanted to take National Day as a chance to uplift the vulnerable by bringing them to Orange & Teal. 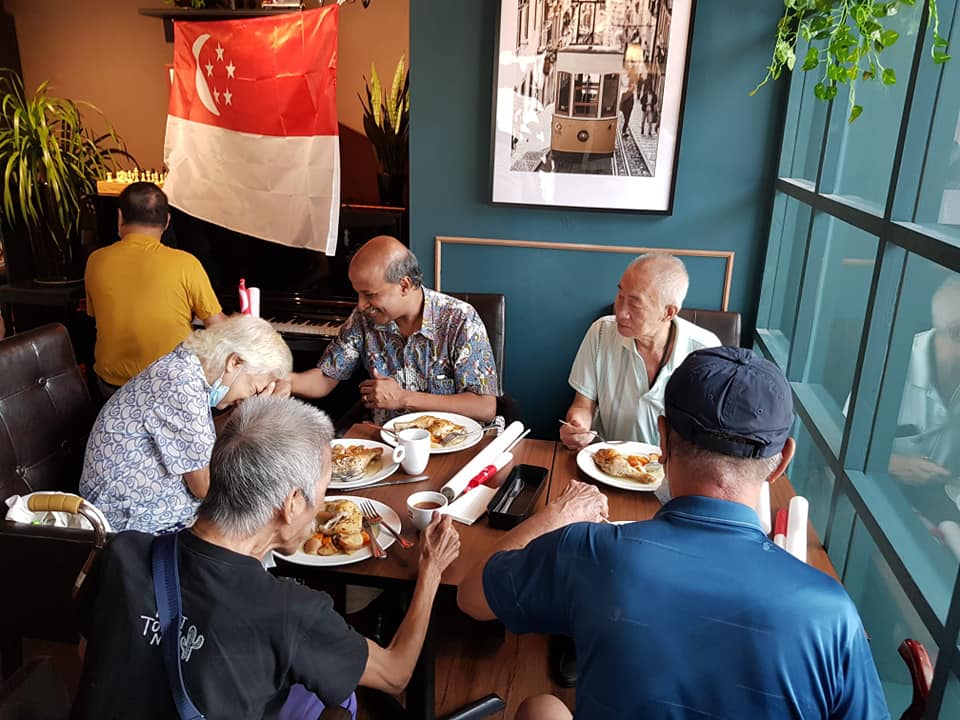 Previously, he’d also treated Rochester Mall’s elderly cleaners to lunch, and distributed meals to them during the no dine-in restrictions last month.

The needy are part of our society too

Thus, as we enjoy dining out in restaurants, let’s not forget that those struggling to get by deserve to celebrate National Day too, and will appreciate doing the same.

After all, they’re part of our society too.

We thank Orange & Teal for the inclusive initiative and hope the seniors had a fun day out.