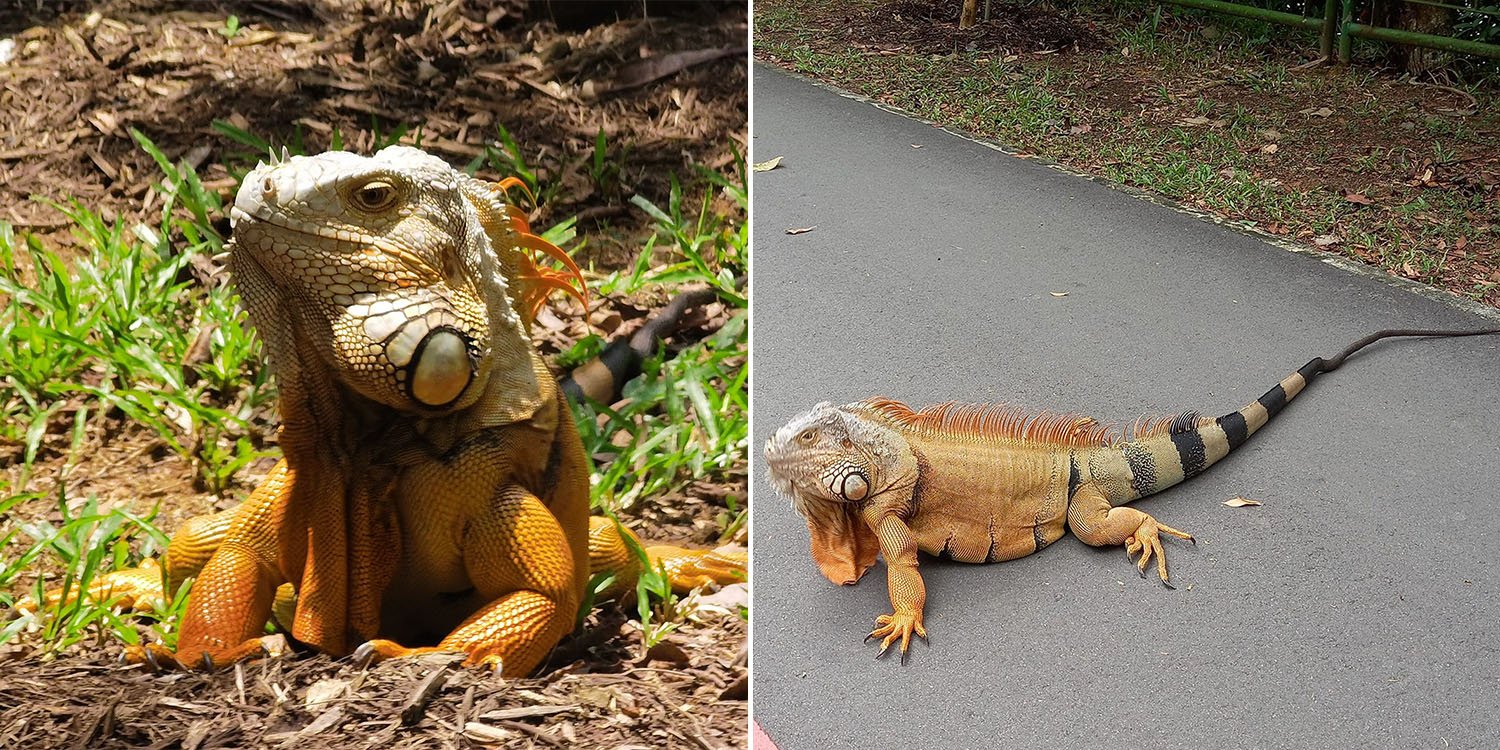 While exploring nature reserves in Singapore, we might come across wildlife creatures such as monitor lizards and otters.

Recently, however, several people exercising around Sungei Serangoon Park Connector Network (PCN) have been spotting a rather elusive creature hanging around.

Within the span of 5 days, a chonky iguana was featured on social media at least twice by people around the area. 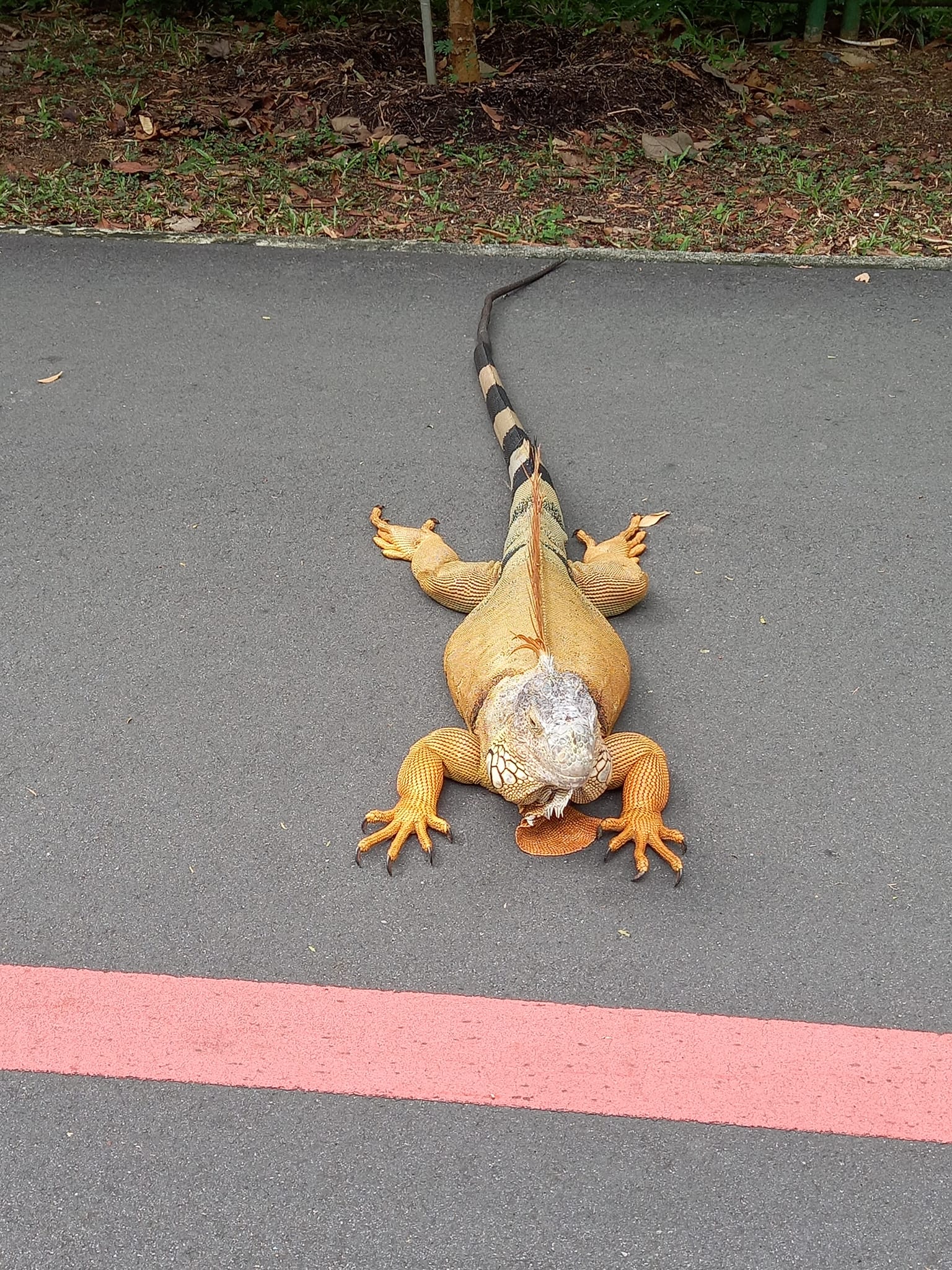 The creature is fast becoming an attraction at the PCN and perhaps has decided to call the park connector home.

The prehistoric-looking animal was first spotted by a lady along Sungei Serangoon PCN.

While walking along the park connector last Thursday (21 Oct), a lady saw the iguana lazing on the path. 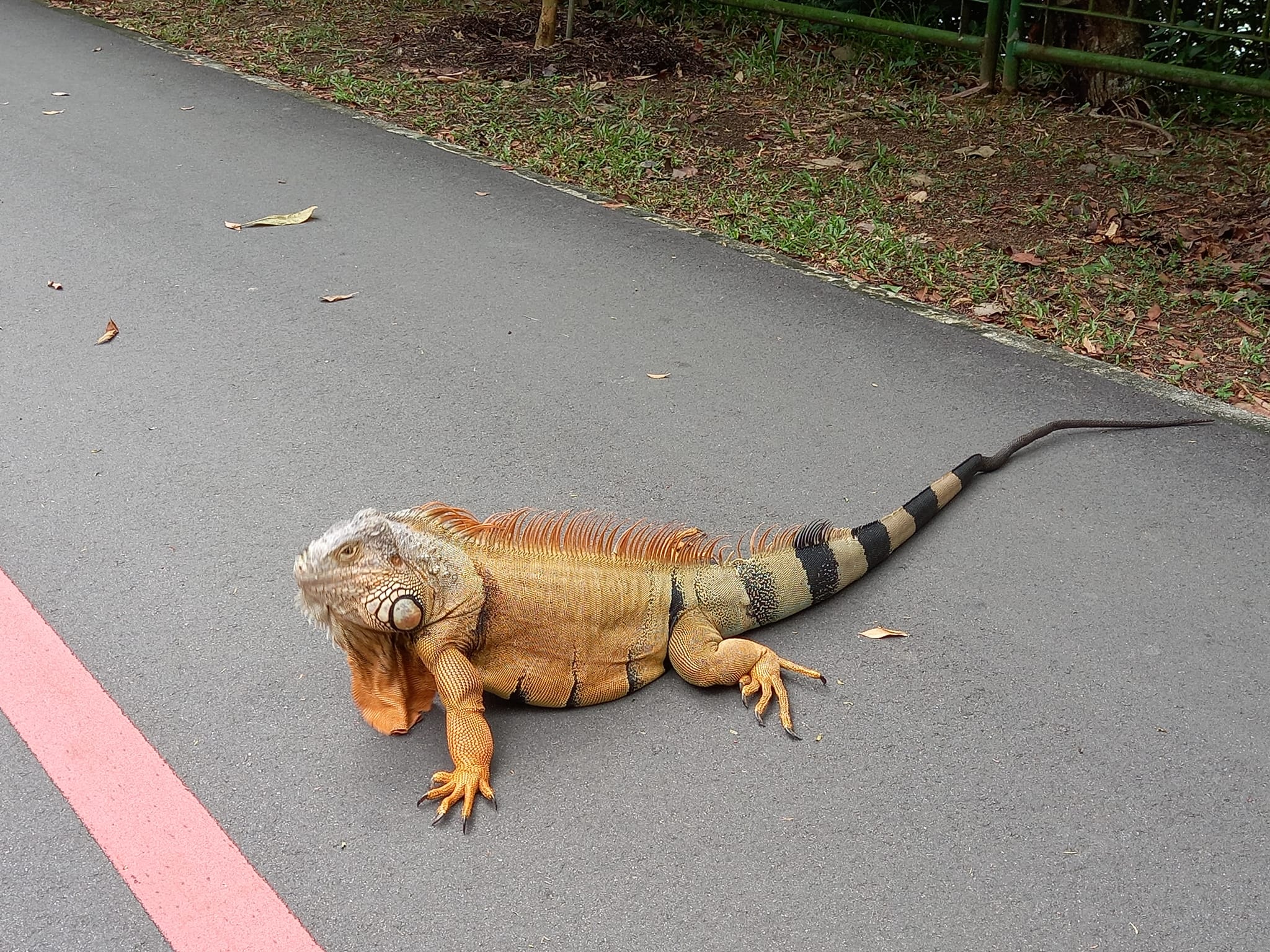 Perhaps amazed by its majestic appearance, the lady excitedly snapped photos of the reptile and shared them on Facebook. 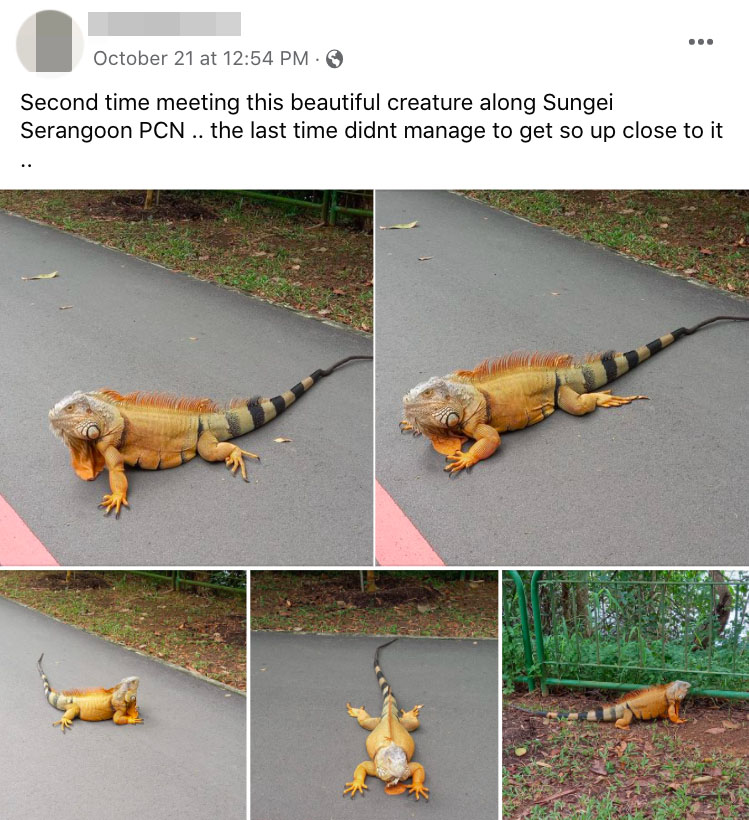 The lady also shared that it was the second interaction with the iguana, but the first time that she managed to capture pictures of it up close.

However, it appears the iguana moved away after a while as it was seen positioned next to the bushes. Similarly, a man who came across it excitedly shared photos he took of the giant beast, claiming it was his lucky day. 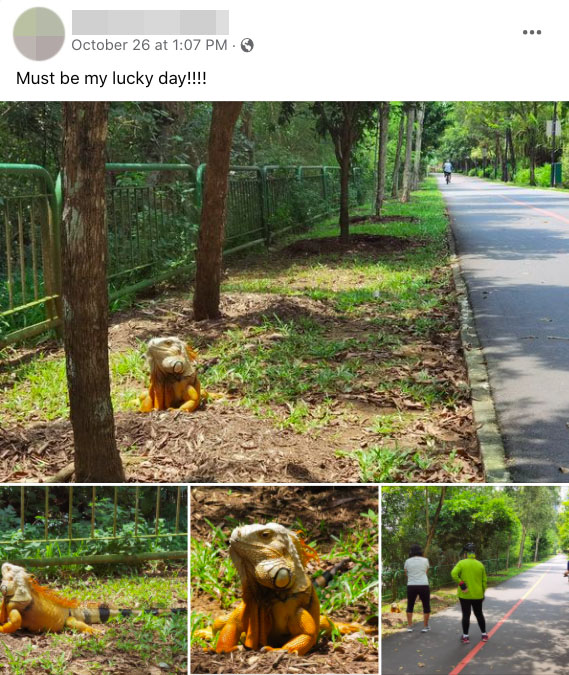 Several cyclists also stood around to marvel at the majestic creature. 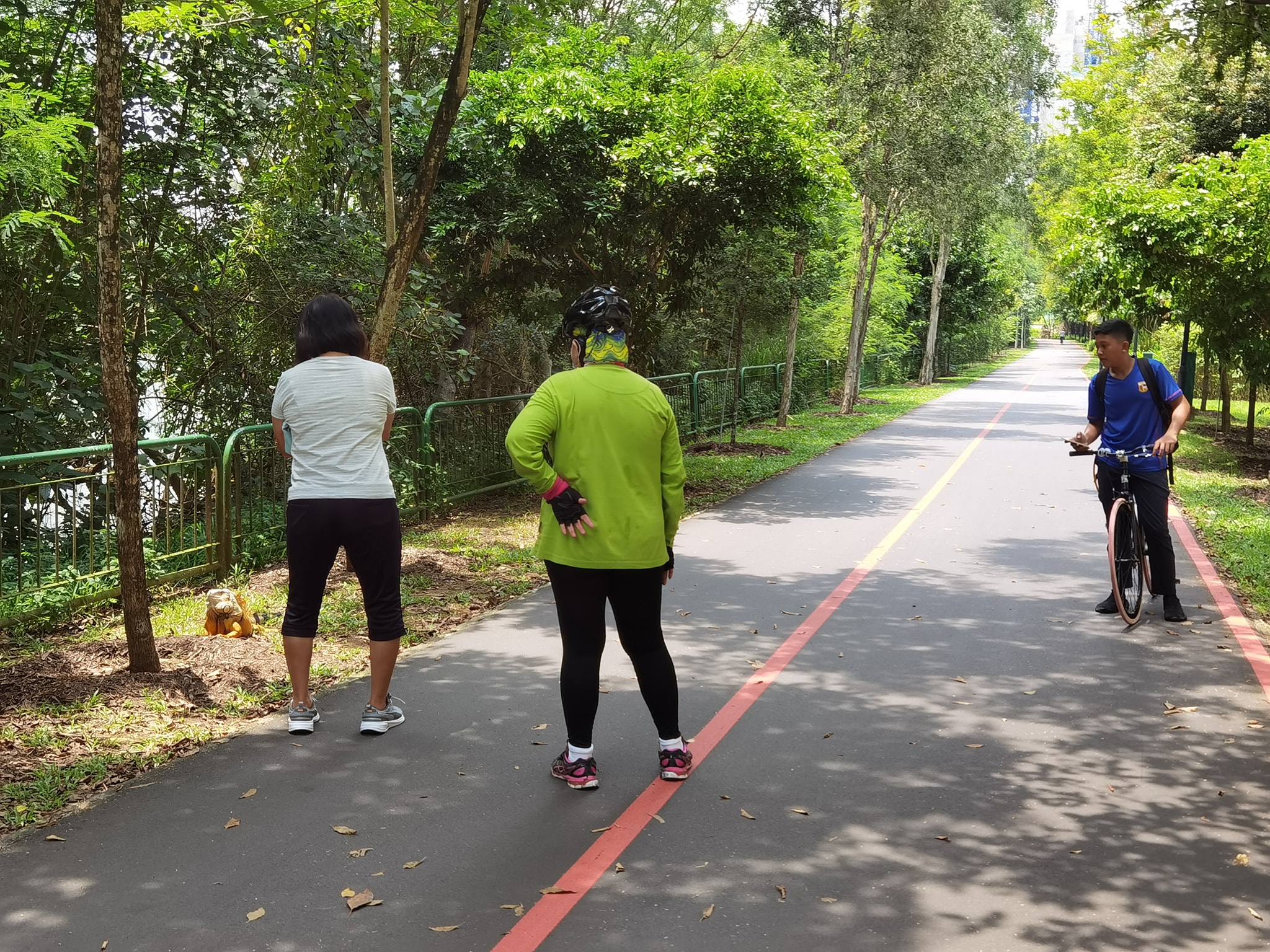 Despite having ‘fans’ crowding around it, the iguana seemed unbothered and appears to be enjoying his suntan session. 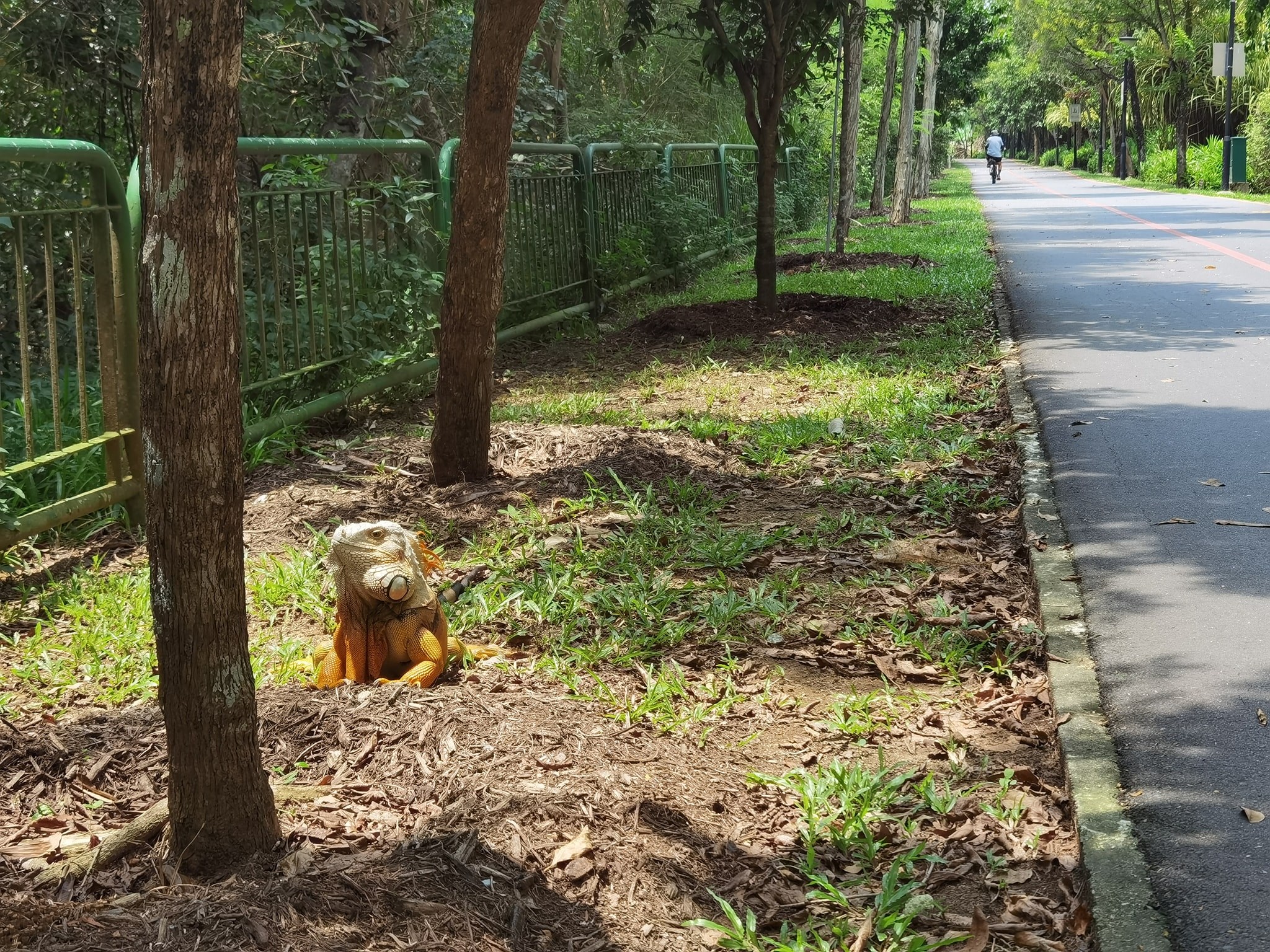 The iguana even allowed the man to move closer for some headshots. 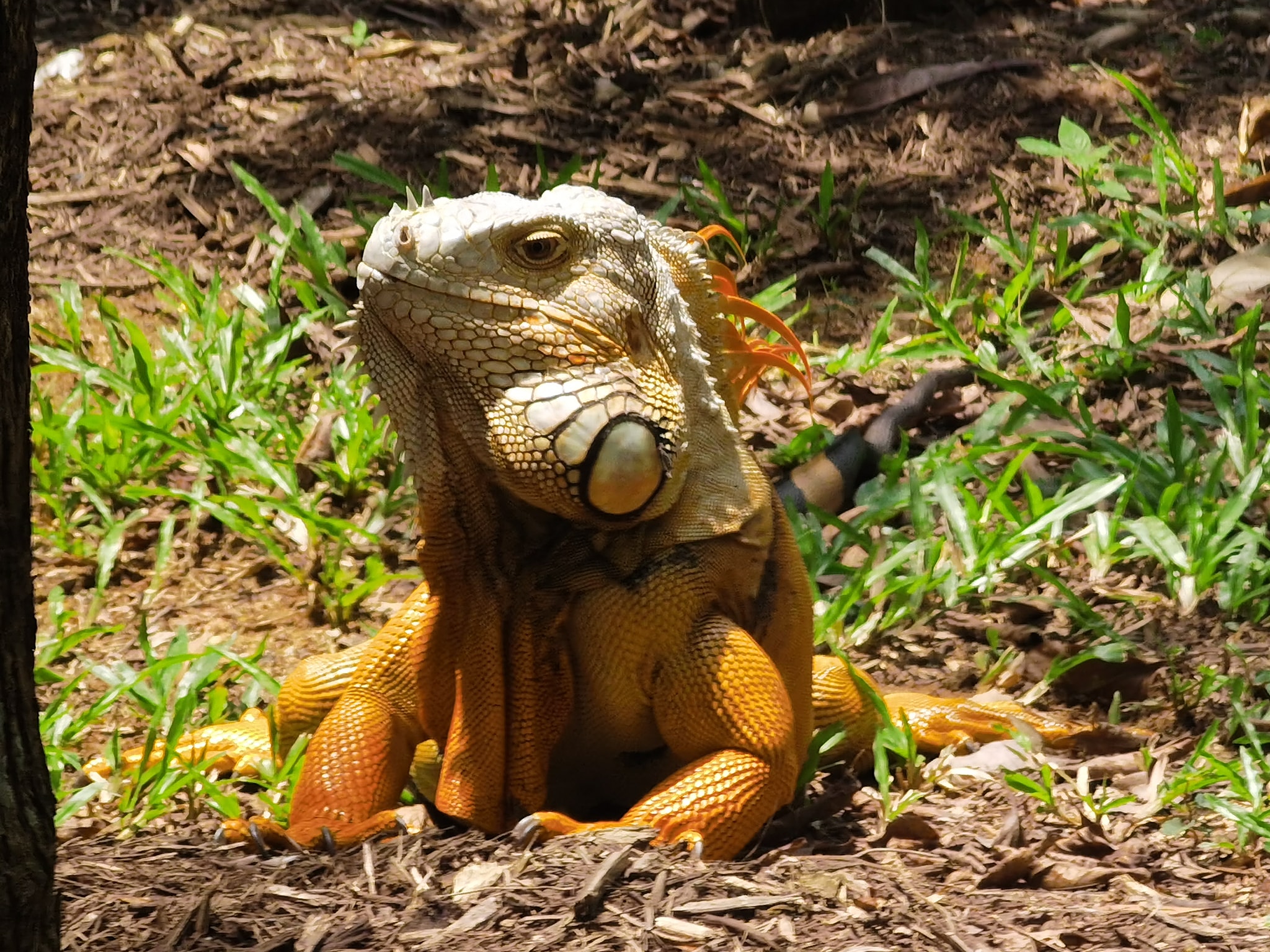 The creature has since amassed a considerable following on Facebook, with some going as far as calling it Godzilla. Many netizens also marvelled at its giant stature and beauty.

This Facebook user said he saw the iguana along the same PCN 10 months back. Since iguanas are not native to Singapore, he was glad it has been adapting well to Singapore’s environment. 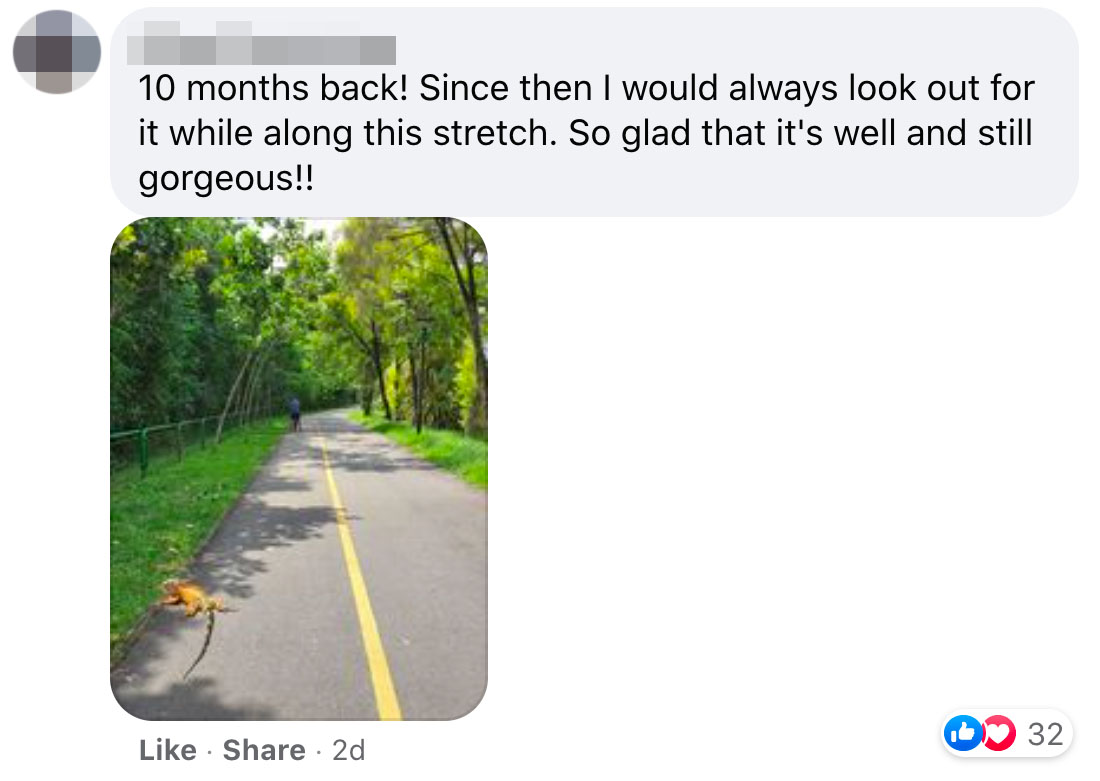 However, one netizen expressed his concern for the creature as he guessed it was probably abandoned by its owner.

Iguanas not native to S’pore

According to the Animal Concerns Research and Education Society (ACRES), iguanas are not native to Singapore.

Hence, iguanas that we see wandering around could’ve had been involved in the illegal wildlife trade.

Unfortunately, since the animals are not easy to be kept in captivity, they are often abandoned in the wild.

Do not go too close to the wildlife

Being a non-native animal of Singapore, iguanas can be rather uncommon in the wild, let alone such a chonky one.

While the public is allowed to marvel at its beauty, they are also reminded to keep a distance from the wild animal.

After all, it is simply trying to live its own life in the area which perhaps it has decided to call home.