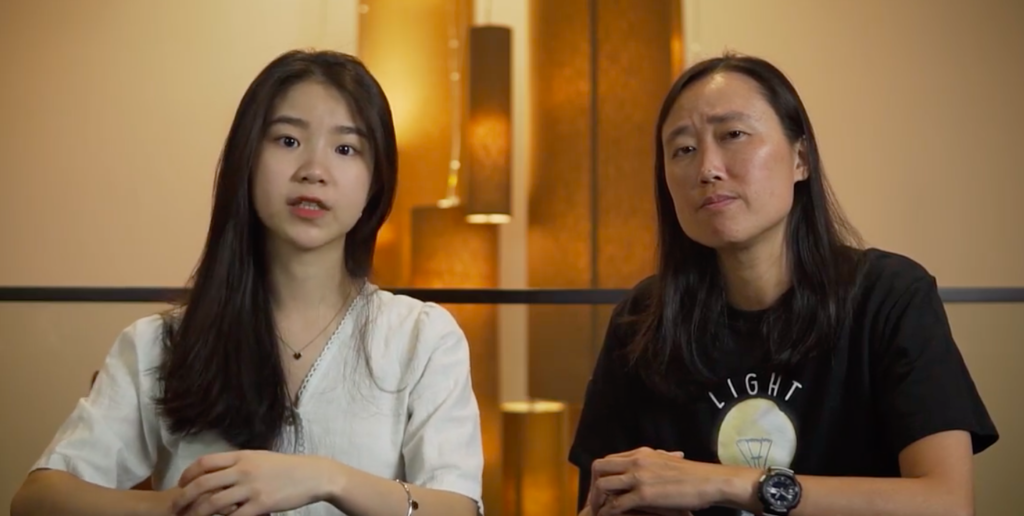 Update (5 Aug): An earlier version of this report had incorrectly portrayed Ms Joanna Theng and Ms Jaime Wong as members of the City Revival Church (CRC). We would like to extend our apology to CRC and their members.

The article has since been amended to remove any association between the 2 women and CRC.

Over the weekend, a video from City Revival (CR) – a Christian community in Singapore – spawned some fiery debate.

The video, featuring CR members Joanna Theng and Jaime Wong, resulted in significant backlash for its anti-gay stance, including a claim that the 6 colours of the gay pride flag are associated with Satan. It resulted in the video being taken down and both women apologising, but Ms Theng apology wasn’t enough for one Christian Redditor.

Thus, they decided to apologise for Ms Theng’s apology.

Apology is an act of victim-blaming, says Redditor

Saying that Ms Theng’s apology “at first seemed genuine”, the Redditor, however, pointed out some flaws in it.

Firstly, it’s an act of victim-blaming masquerading as an apology, the Redditor said.

Let’s take a look at Ms Theng’s apology, issued on Saturday (25 Jul) on her Instagram story before she deactivated her account. 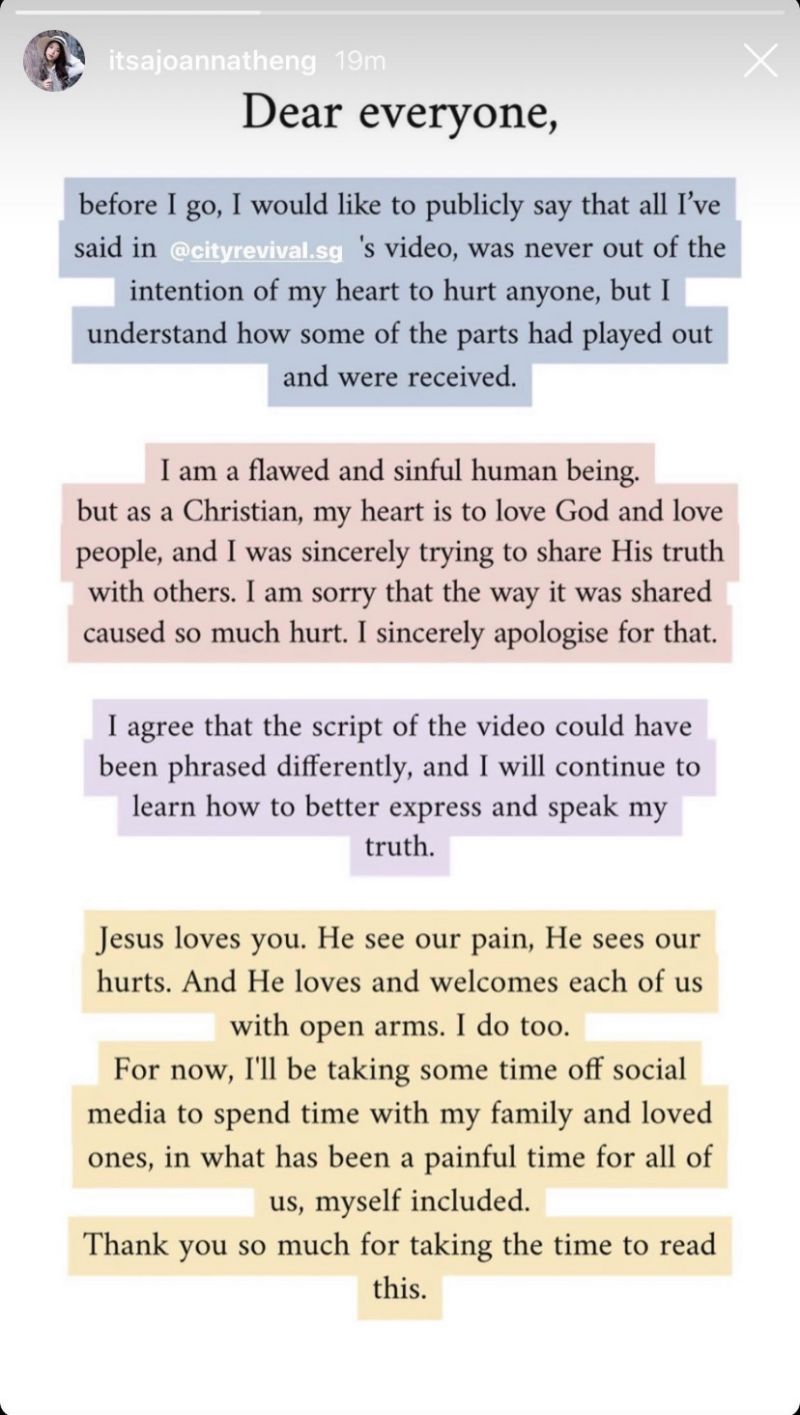 The Redditor took issue with how Ms Theng framed the incident as people taking her words the wrong way, and feeling aggrieved because of that.

Ms Theng should have started by acknowledging her words were insensitive and hurt people, rather than blame the victim for taking it the wrong way, the Redditor added.

Framing her apology in that way was manipulative, and the Redditor said they have experienced such treatment in church before.

Here’s what the Redditor said:

The Redditor took particular issue with the last part of Ms Theng’s apology, where she said the incident “has been a painful time for all of us, myself included”.

She accused Ms Theng of portraying herself as a victim when she has caused pain to the gay people who saw her video. Since the Redditor didn’t think much of Ms Theng’s apology, they went on to append an apology of their own

They called it an apology from a Christian on behalf of fellow Christians who have hurt others. 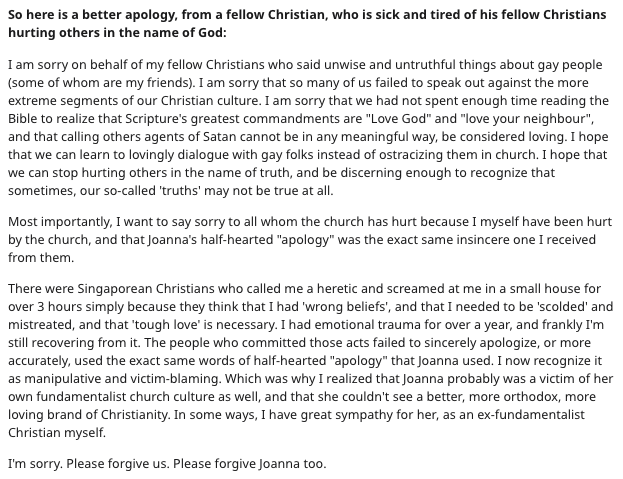 In the apology, the Redditor expressed remorse for their fellow Christians who said “unwise and untruthful things” about gay people.

They also regretted how “so many of us failed to speak out against the more extreme segments of our Christian culture”.

They wanted to say sorry to all whom “the Church has hurt“, and explained how they themselves have been hurt by their Church community as well.

Relaying their past experiences, the Redditor shared encounters with Singaporean Christians who had called them a heretic for holding on to “wrong beliefs”.

This resulted in emotional trauma for over a year that they are still in the process of recovering from.

They also added that Ms Theng could probably be “a victim of her own fundamentalist church culture” and was unable to see a more loving brand of the religion.

The Redditor then concluded by extending sympathy towards her.

Religion has always been a powerful instrument that can both unite and divide communities. The faiths practised by believers can be central to some people’s identities and should be treated and discussed with utmost respect and sensitivity.

However, this same respect should also be extended to those who don’t belong to one’s religious community, as they follow their own principles and guidelines in life as well.

We hope that this respect and sensitivity will be extended to any discussion and dialogue that ensues from this incident.