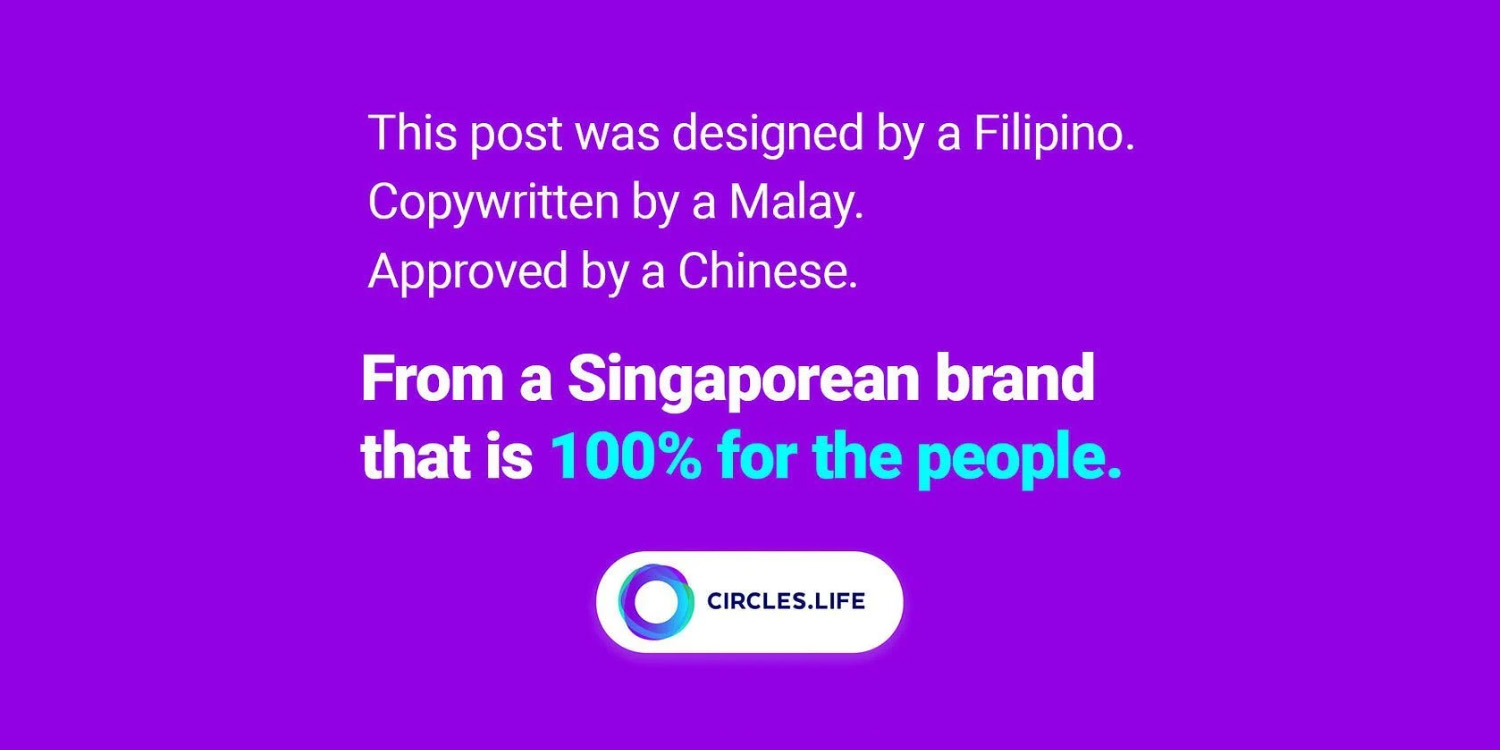 UPDATE (11 Jun): Circles.Life has issued an apology for the “error in judgement” and vows to do better in the future.

Singapore has seen a string of incidents of racism recently, the latest involving a 60-year-old man telling a young lad he should date someone of his own race.

In response to this, telco company Circles.Life released an advertisement saying they are a proud Singaporean brand. However, the advertisement seems to have backfired as many netizens ended up saying that it was a tone-deaf marketing move.

In what appears to be an attempt to spotlight the company’s diversity, Circles.Life posted an advertisement on their Instagram and Facebook pages on Monday (7 Jun).

The ad says, “This post was designed by a Filipino. Copywritten by a Malay. Approved by a Chinese.”

Using a bold typeface at the end, it signs off saying,

From a Singaporean brand that is 100% for the people.

In their caption, Circles.Life added that the company is “sure” that “this is the right direction”.

Netizens were quick to express their disapproval of the ad, saying it was “tone-deaf” and downplays the severity of the incident of racism. 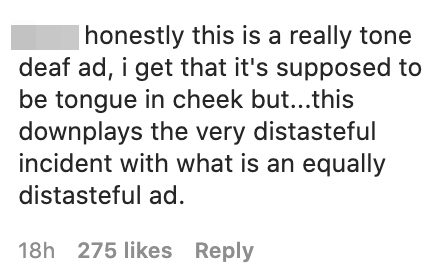 One person said they felt that the ad looks like it may have been done simply to show that the company isn’t “racist”.

Another said the ad had “0 nuance and 0 idea of tokenism”. Tokenism describes the act of doing something only to show that one is following the rules or doing what is expected to be fair.

In response to the backlash, Circles.Life shared another post on social media the next day (8 Jun).

This time, instead of inserting the race or nationality of their staff, they left it blank.

The telco also changed the words to say that the post was “co-created” instead of showing hierarchy like they previously did. They said, “But it doesn’t matter because we’re a brand that is 100% for the people.”

In the next picture under the post, Circles.Life expressed that they stand for equality and growth. 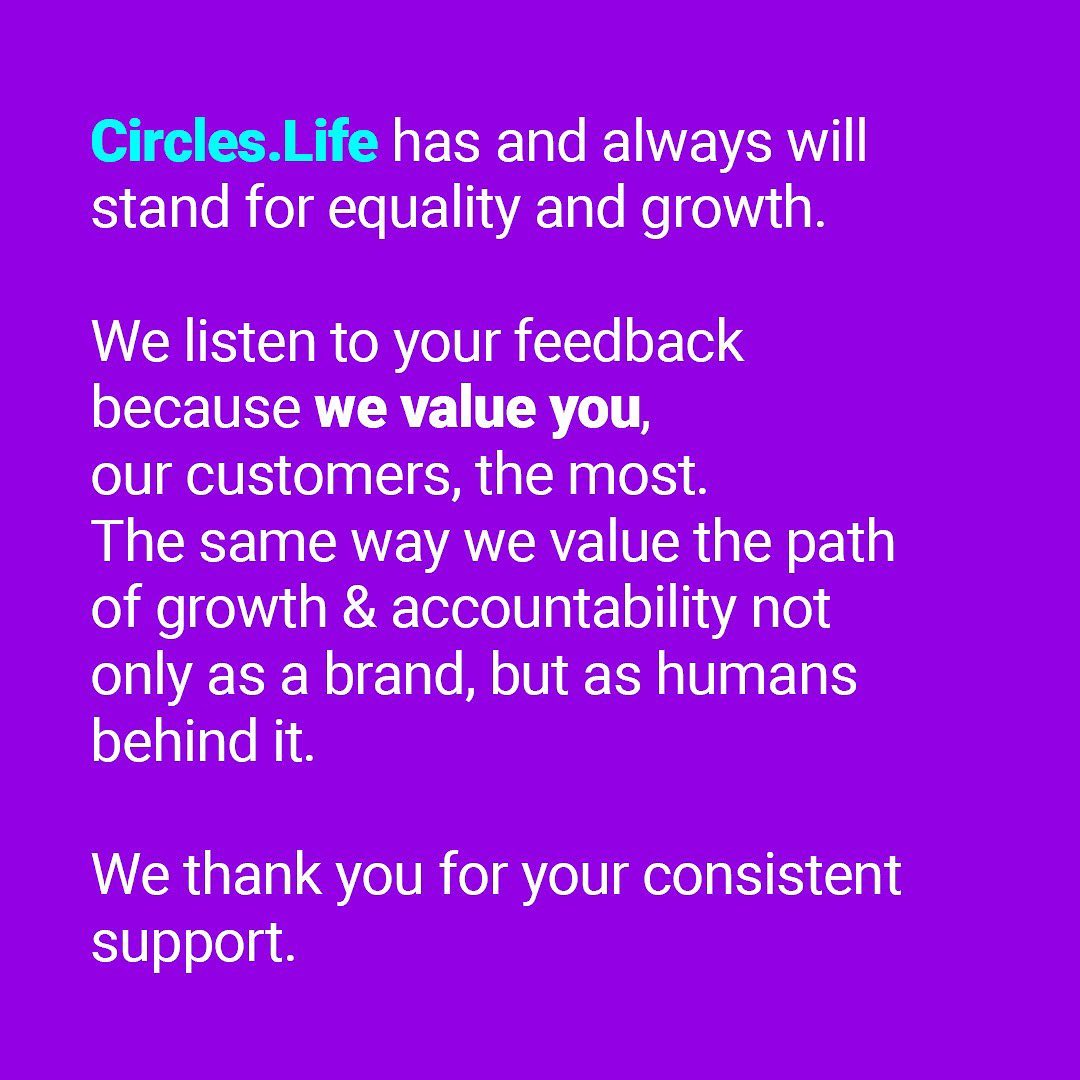 They emphasised that they heard their customers’ feedback.

Circles.Life added that they value growth and accountability as a brand and for their staff.

Circle.Life’s second post did little to quell the displeasure of netizens, with many saying that it was not a replacement for an apology.

Another chimed in to say that if the company truly valued customers’ feedback, they should “acknowledge the PR disaster” brought on by the previous post and apologise. MS News has reached out to Circles.Life for comment and will update the article when they get back.

Tread with caution when it comes to sensitive issues

While brands need to advocate for social issues that they feel strongly about, they must tread with caution when sensitive issues to do with race are concerned.

In some cases, the intention may be genuine, but the execution fell short.

Hopefully, such incidents would serve as a wake-up call for all brands to look inwardly and outwardly at the company’s efforts in pushing for racial equality.

After all, racism is a lived reality that many minorities face every day, so it should never be reduced to a marketing opportunity. 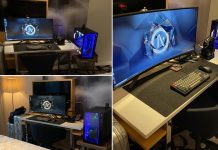