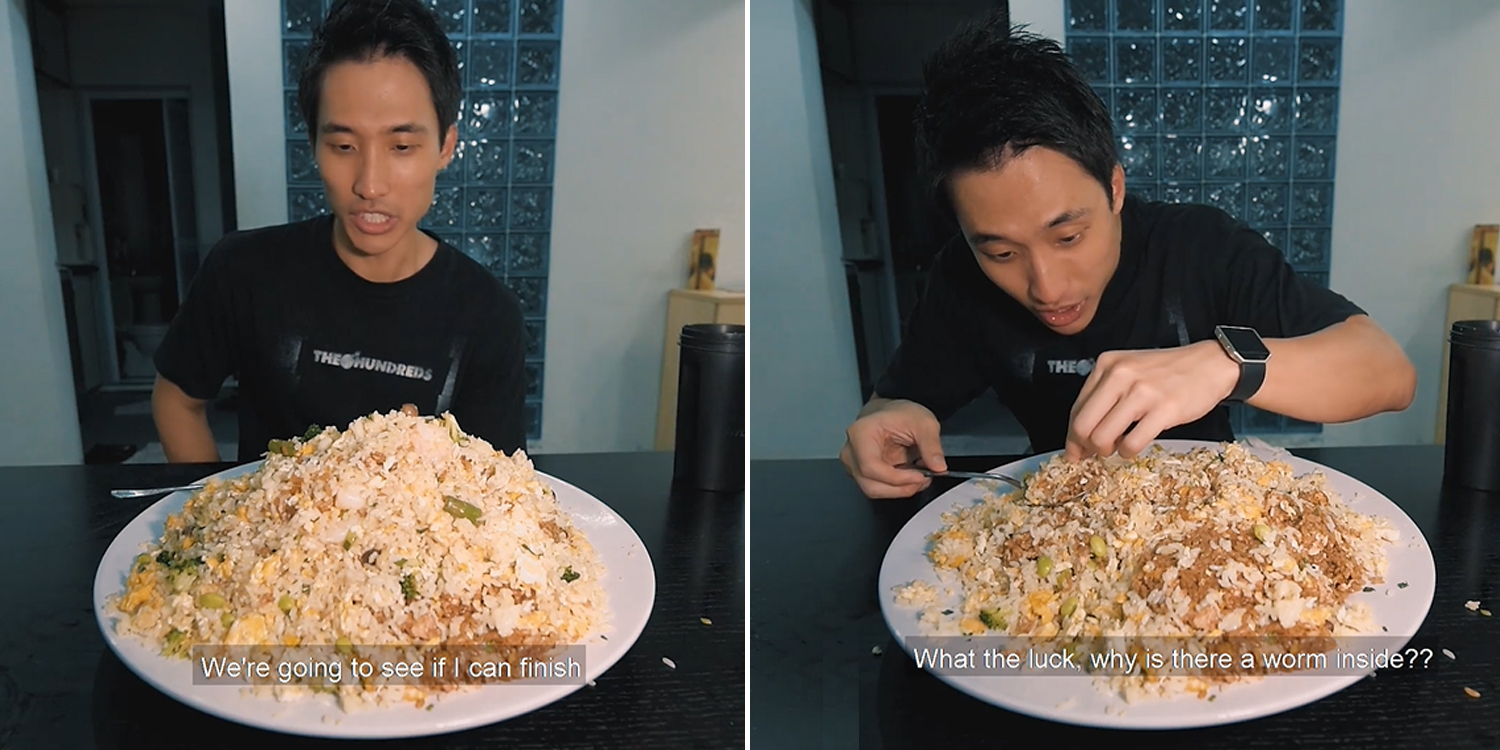 As Singaporean competitive eater Zermatt Neo was chomping down a mound of Wok Hey fried rice, he found an uninvited guest amid the grains. A very tiny, and very dead, roach.

Here is a still of him preparing for the almighty – for us mortals at least – task. 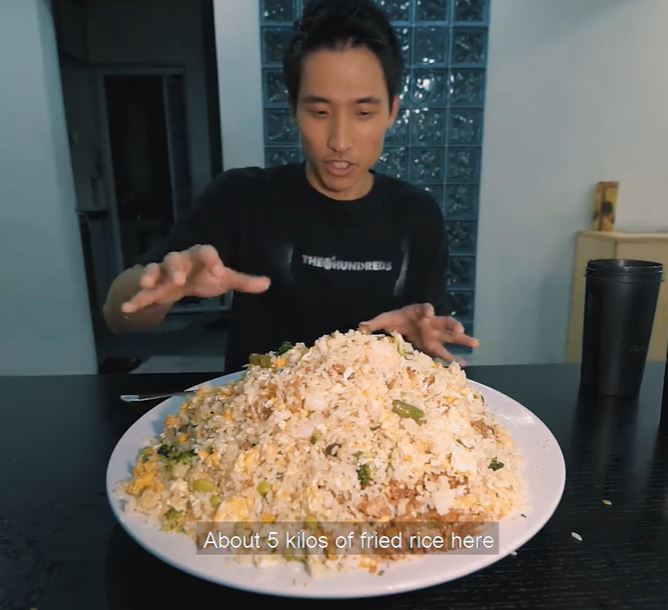 If you’re wondering, yes, he still manages to finish the astounding task of finishing 5kg worth of fried rice in one sitting. Here’s what happened.

At the start of the video, we see Zermatt picking his fill of Wok Hey’s fried rice. 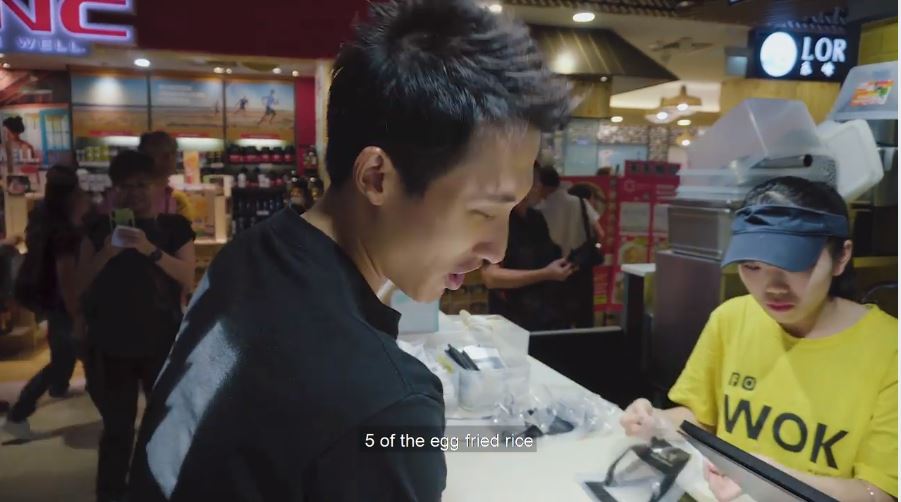 He then neatly arranges all 12 packs in front of the camera. 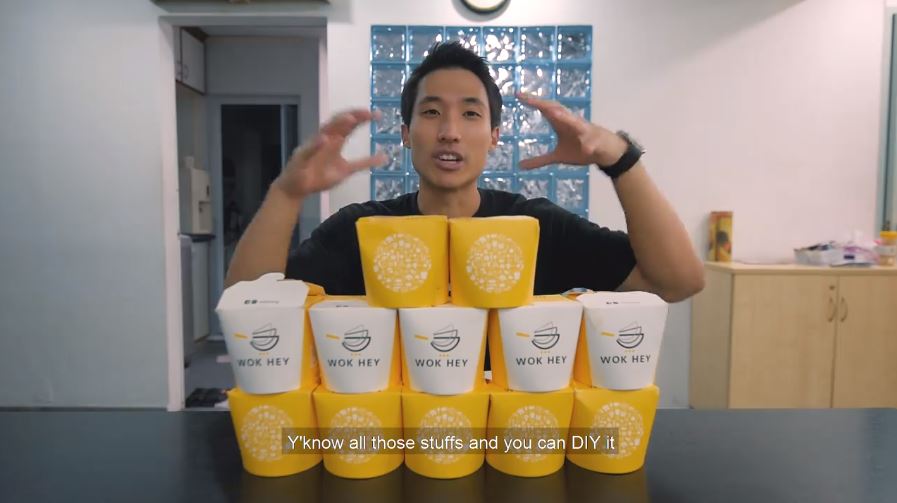 He finally tucks into his jumbo plate of fried rice a couple seconds after the 3-minute mark. At about 8 minutes in, Zermatt finds a ‘worm’ in the rice. 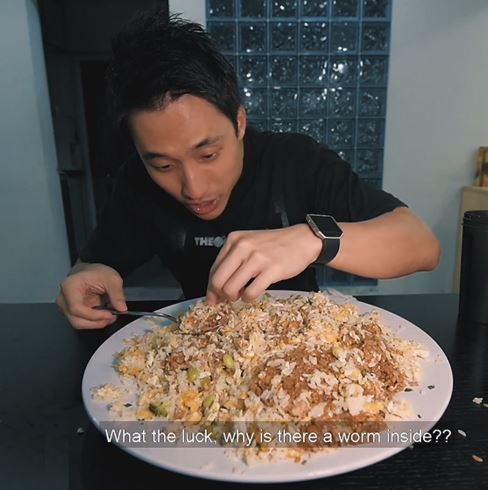 Instead of binning the whole plate, he puts the ‘worm’ at the side of the plate. The camera person expresses just as much surprise and takes a picture of the said ‘worm’.

But as the picture later shows, the ‘worm’ looks more like a tiny roach. 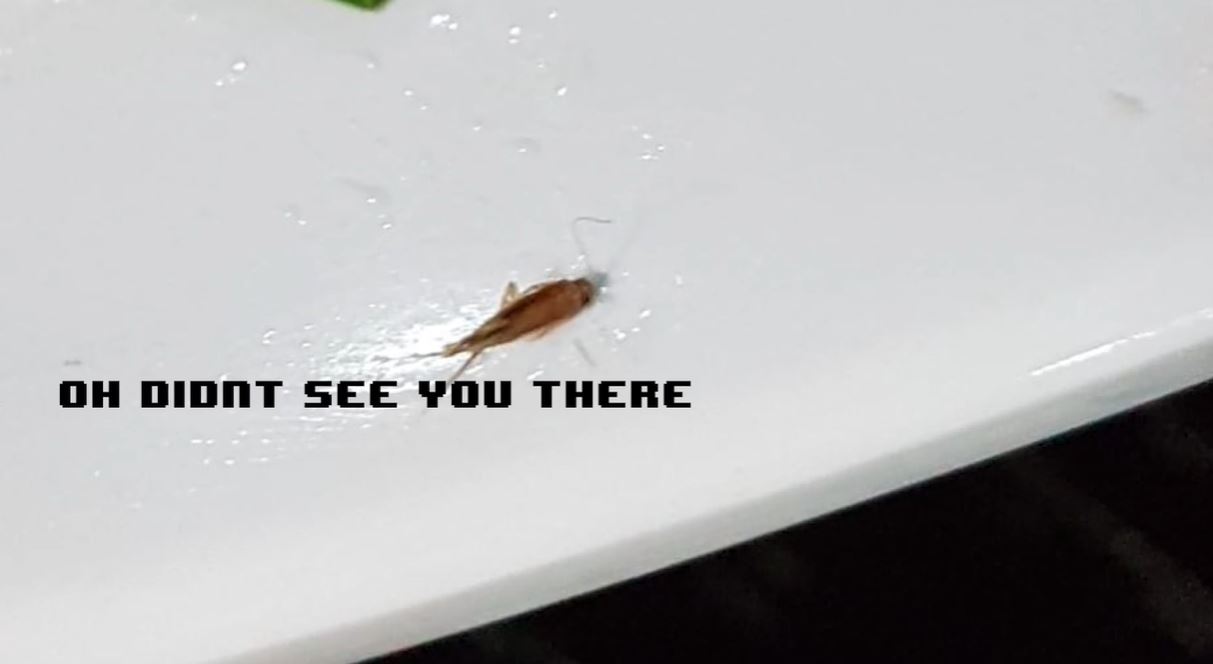 Zermatt appears unfazed, but not completely. He tells the camera that if he finds another, he will stop eating. He assumes that the bug was a one-off. 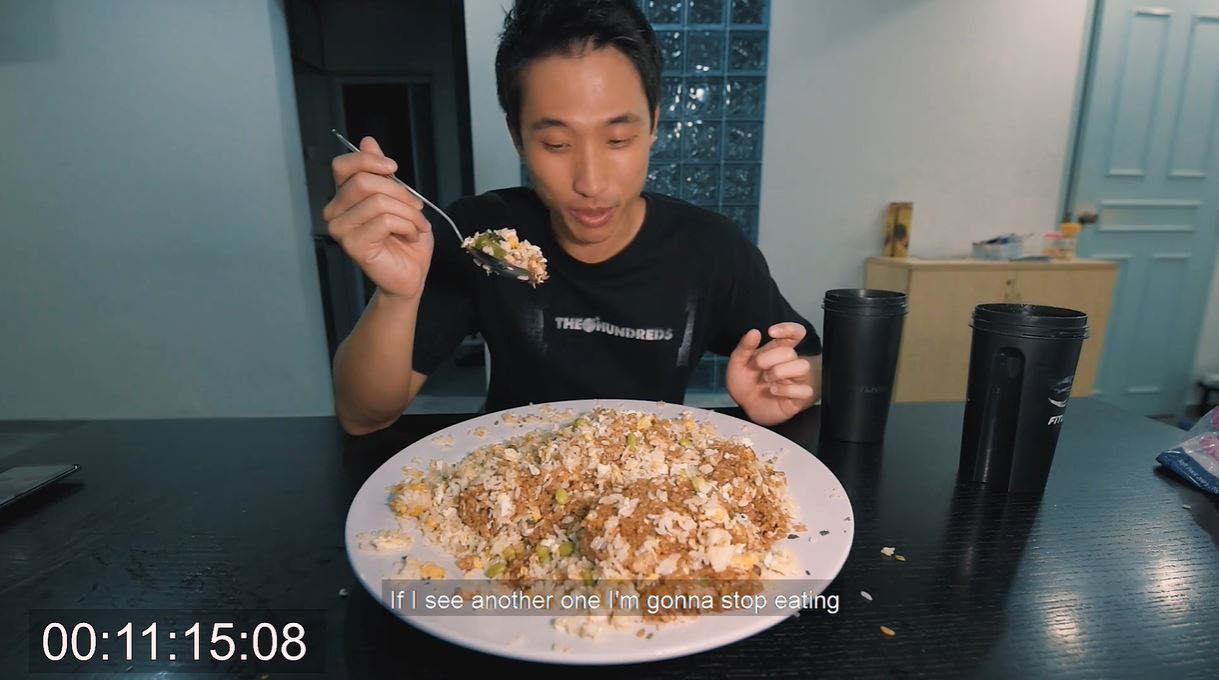 Has a bit of trouble finishing the meal

The champion eater then runs into some trouble finishing the full plate of rice. In competitive eating parlance, he calls the meal ‘dense’. 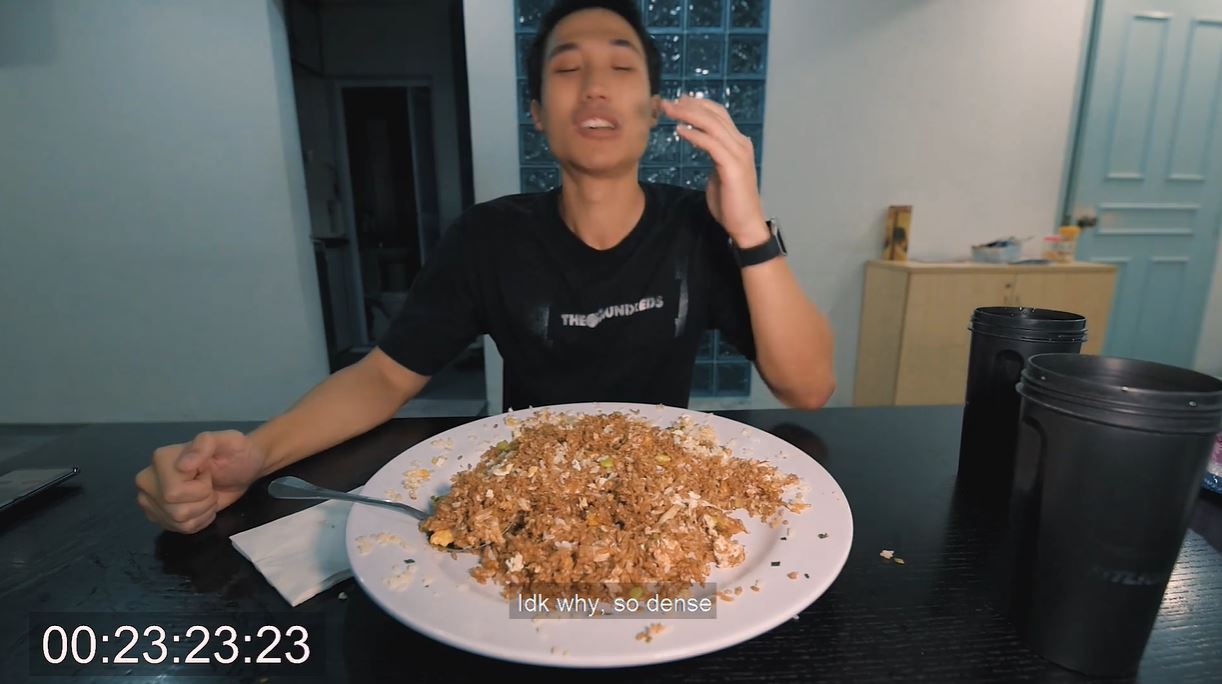 He reasons that it could be more ‘dense’ because he ordered the Japanese Pearl Rice instead of the usual Jasmine Rice. But is Japanese rice more ‘dense’ than Jasmine rice? Rice experts please convene in the comments.

According to Google, Japanese rice is a bit like glutinous rice. And if you’ve had glutinous rice, you’ll know how compact they can be. More rice in a spoonful means higher density.

After 43 minutes of toiling, Zermatt finally delivers the final spoons of fried rice into his mouth. 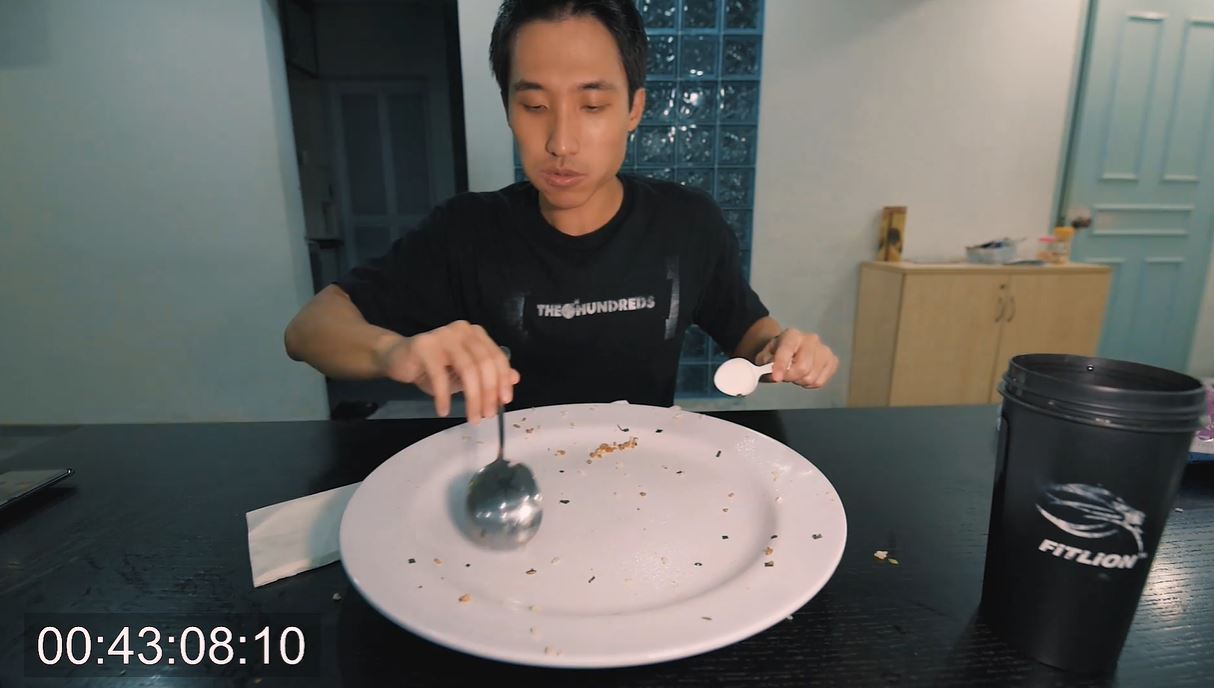 Once done, Zermatt gives a short review of the dish. The amalgamation of fried rice, he said, was pretty good. The Japanese rice gave the dish an interesting texture. 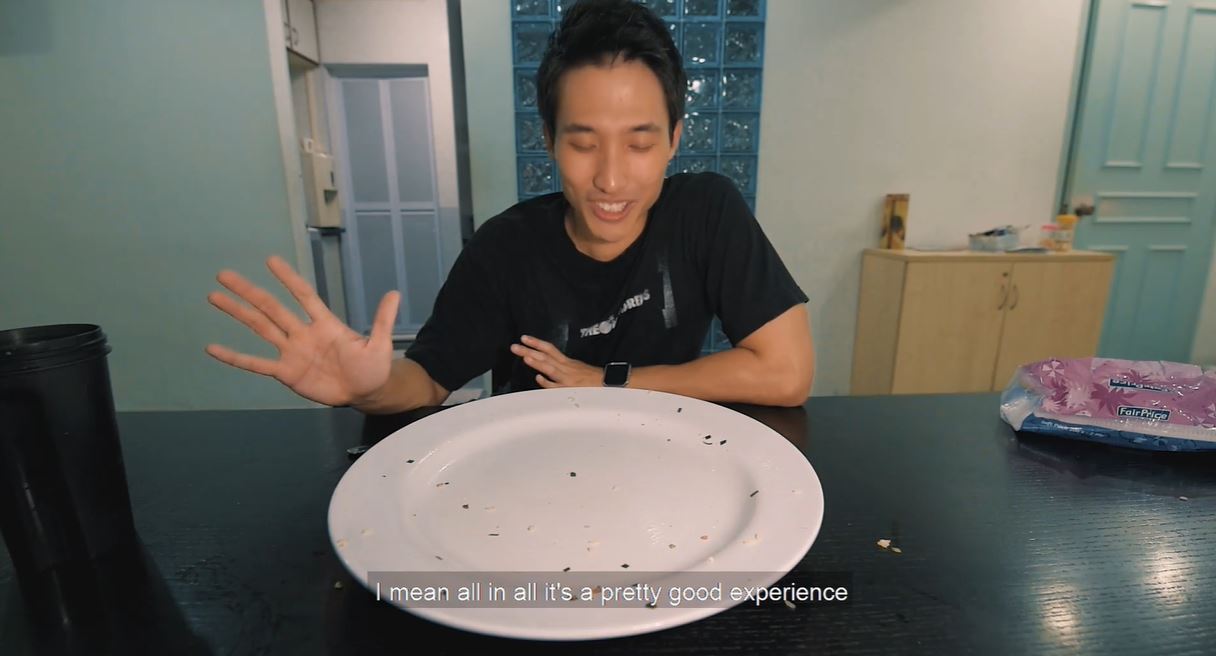 The praise was of course made notwithstanding the stray capsule of protein. We’ve reached out to Wok Hey for their comments.

Kudos to Zermatt for finishing 5kg of fried rice!