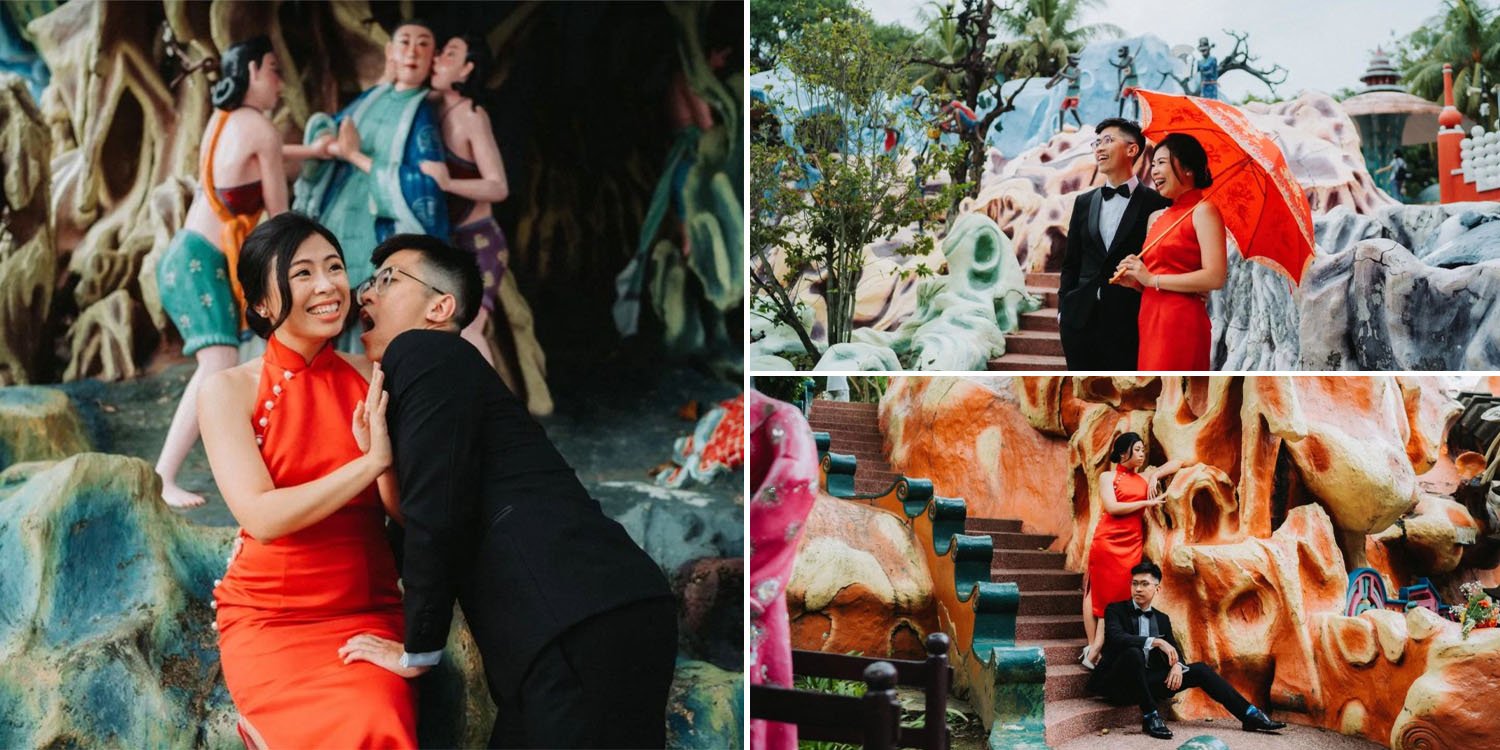 They have a soft spot for the park where they once had a date.

When it comes to wedding photoshoots, couples often look for the most scenic nature spots.

But Cheng Zheng Yang and Bernice Lek are no normal couple and they wanted their photos to show just that.

Recently, the 29-year-olds had their pre-wedding photoshoot at Haw Par Villa — a theme park known for its graphic depictions of punishment and torture in the 10 Courts of Hell. 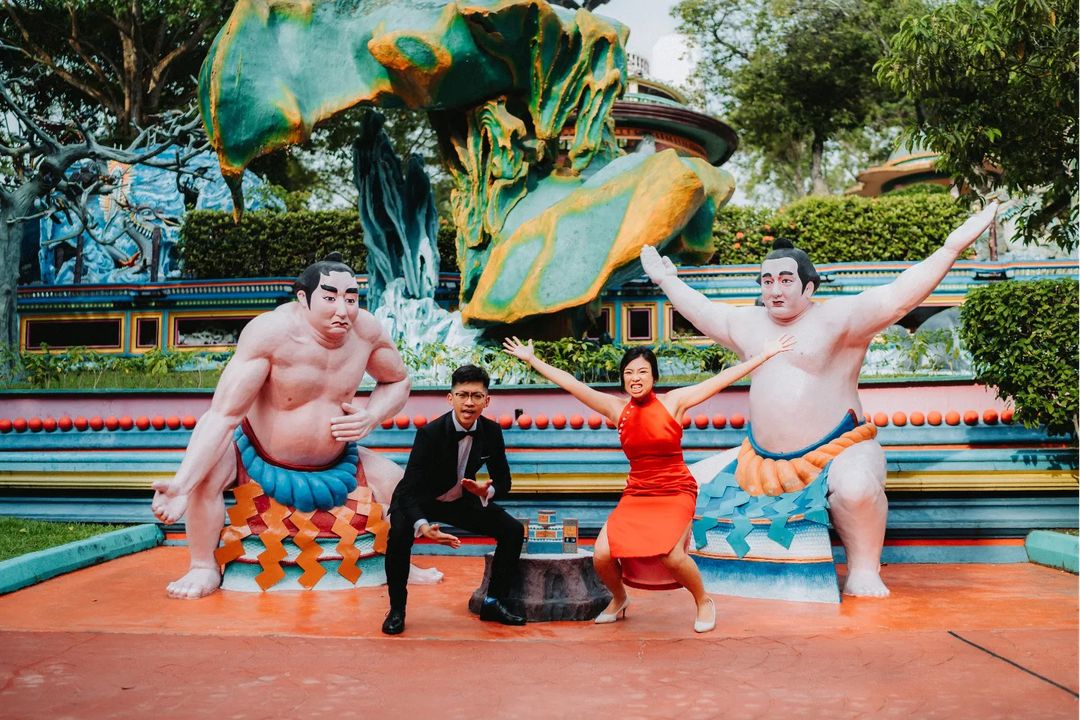 Speaking to AsiaOne, Mr Cheng said they were both “quirky people” and they wanted their photoshoot to reflect that.

He added that both are history buffs — part of what led to the decision to choose Haw Par Villa as their photoshoot venue.

The couple apparently also has a soft spot for Haw Par Villa as they once had a date there.

On the day of the photoshoot, the couple was dressed to the nines for the occasion.

While Mr Cheng suited up, Ms Lek donned a traditional red cheongsam as they looked to recapture the retro Singapore vibes. 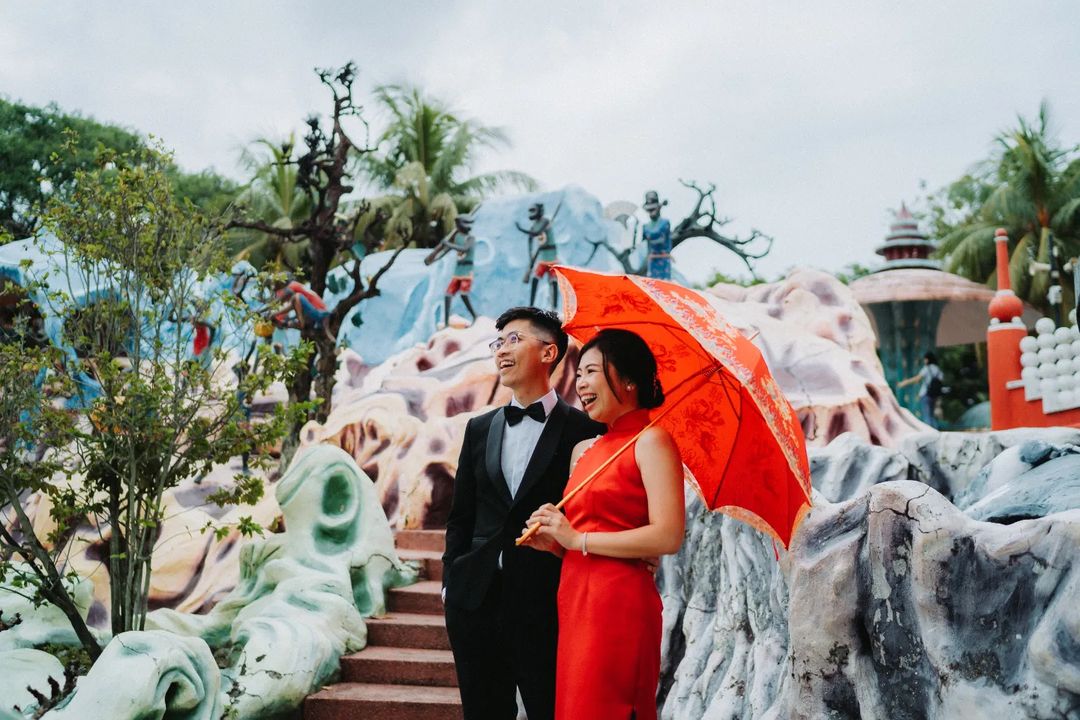 And it seemed like some higher powers were on their side too. Though it was raining the entire day, the storm came to a stop just as they began the photoshoot.

At the theme park, the couple apparently “had a blast” imitating the sculptures and depicted scenes, making for some very unique photos. There was, however, one area of the park they avoid taking photos at – Hell’s Museum – which houses Haw Par Villa’s infamous 10 Courts of Hell, reported AsiaOne.

They shared that while they were not superstitious, they believed their family would not be comfortable with the idea.

The couple added that while they enjoy pushing some boundaries, taking wedding photos in the Hell’s Museum might be taking it a step too far.

Speaking to AsiaOne, their photographer Titus Lim from Tlgraphy Studios said this was the first time he had a pre-wedding photoshoot at Haw Par Villa.

Despite the odd location, things turned out great and the photos impressed the couples, even exceeding their expectations. 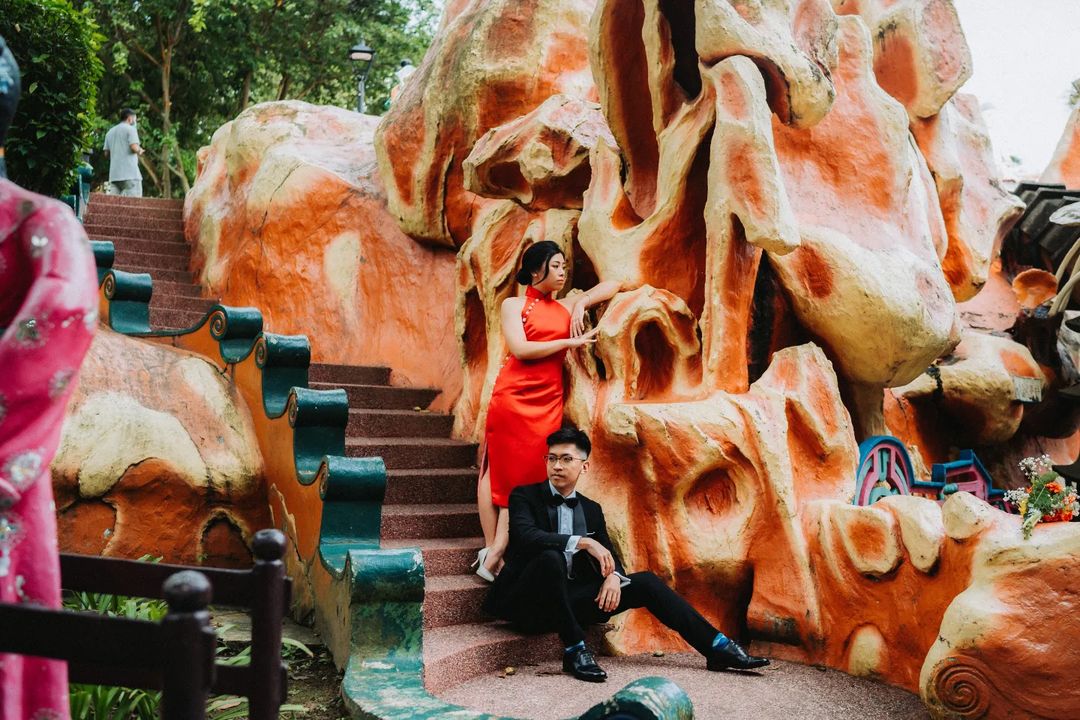 Mr Cheng said they got their “retro-looking” and “sculpture imitation” shots, all while having lots of laughter and fun which have now been immortalised.

Haw Par Villa is indeed an eccentric location for a pre-wedding photoshoot but we’re glad the couple had a hella good time and loved how the photos turned out. MS News wishes them a blissful marriage ahead.