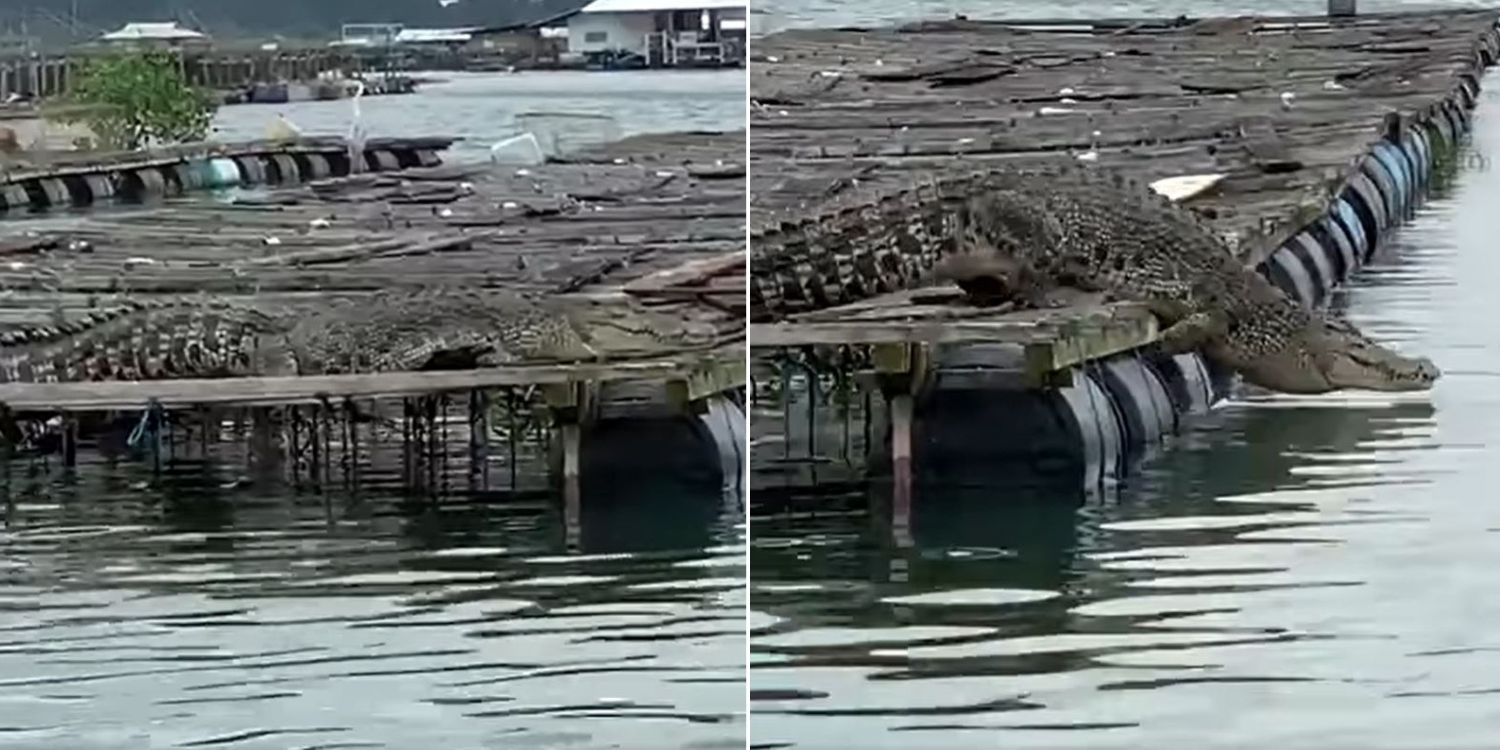 Singaporeans who frequent our nature spaces probably know by now that Sungei Buloh is famous for crocodile sightings.

Some of them can be too close for comfort.

However, crocodiles can be found in other places in Singapore, as one netizen attested to when she shared a video of a massive one near Lim Chu Kang Jetty. 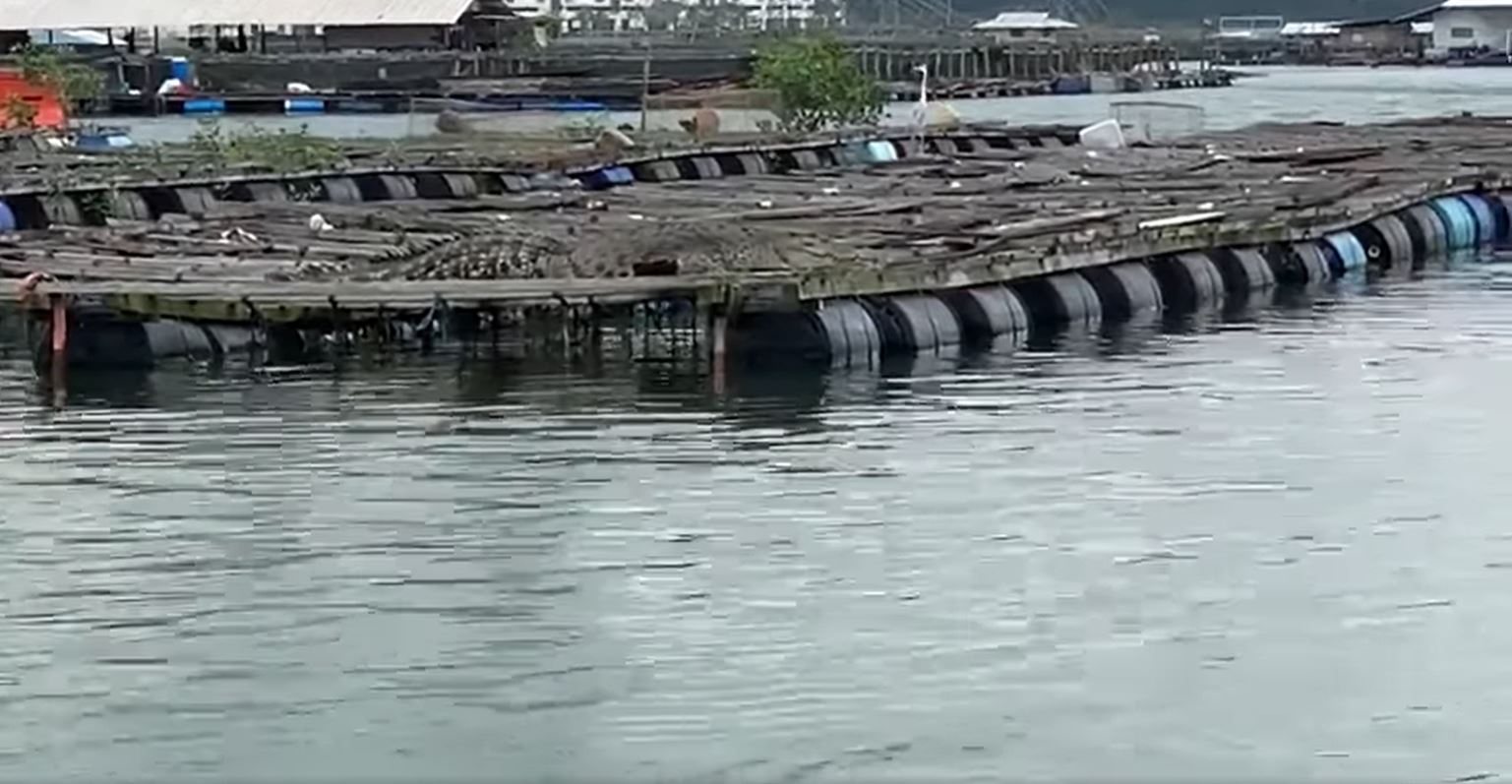 If you can’t really see it, we don’t blame you – it blends in perfectly with its background.

Here’s a helpful circle to help you spot the croc more easily. 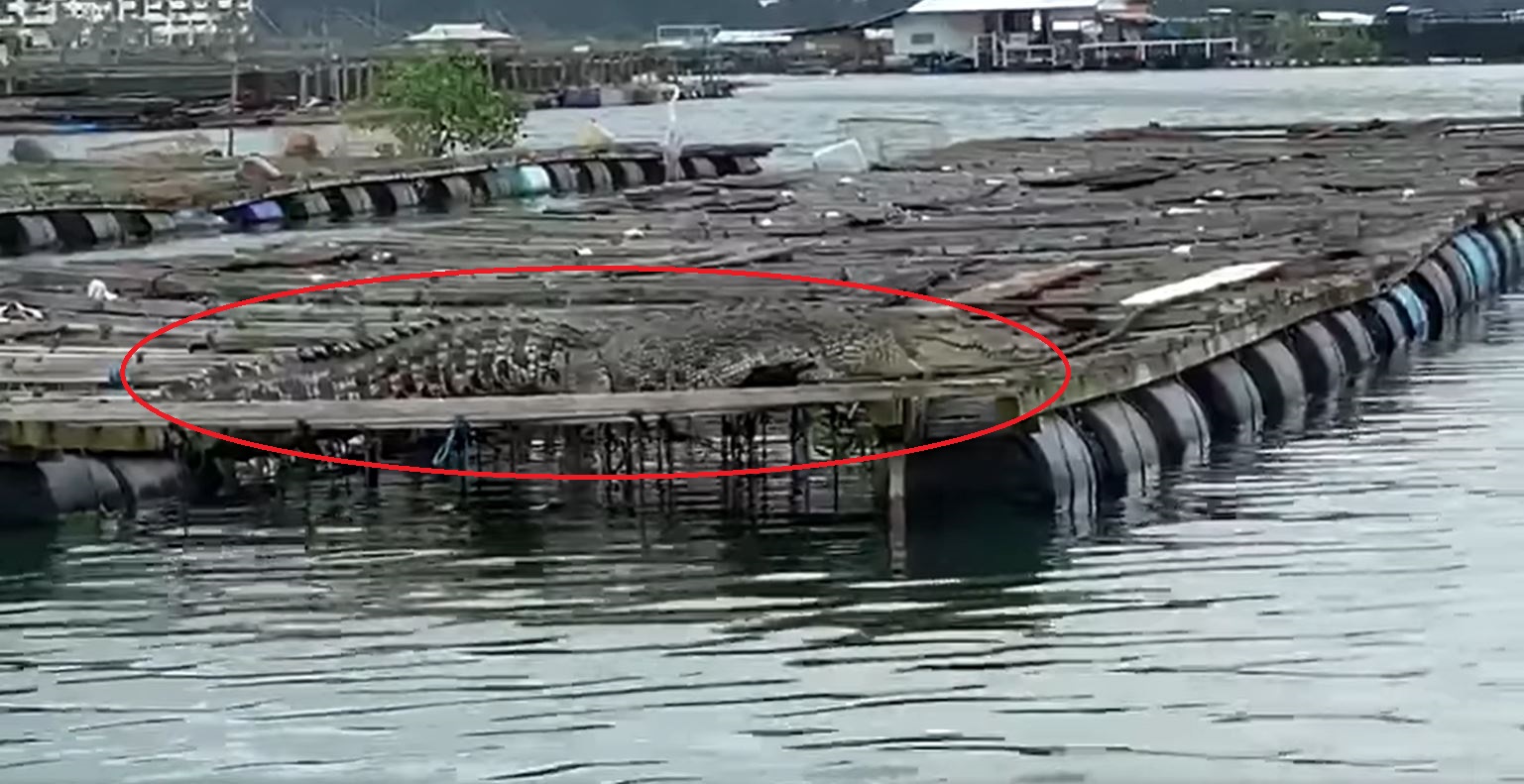 In her post on Friday (12 Mar) in the Singapore Wildlife Sightings Facebook group, a netizen named Mami Tini said the video isn’t hers.

Her intention of posting it is to warn those who might be fishing in the area to “be extra careful”.

We can see why, as anglers who don’t look carefully might not be able to see the croc just lepak-ing there.

By the time it attacks, it would be too late.

If you’re not looking carefully at the video, you may not initially realise that you’re looking at a massive croc.

That’s because his greyish body and scales blend in so well with the wooden planks of the platform he’s on. 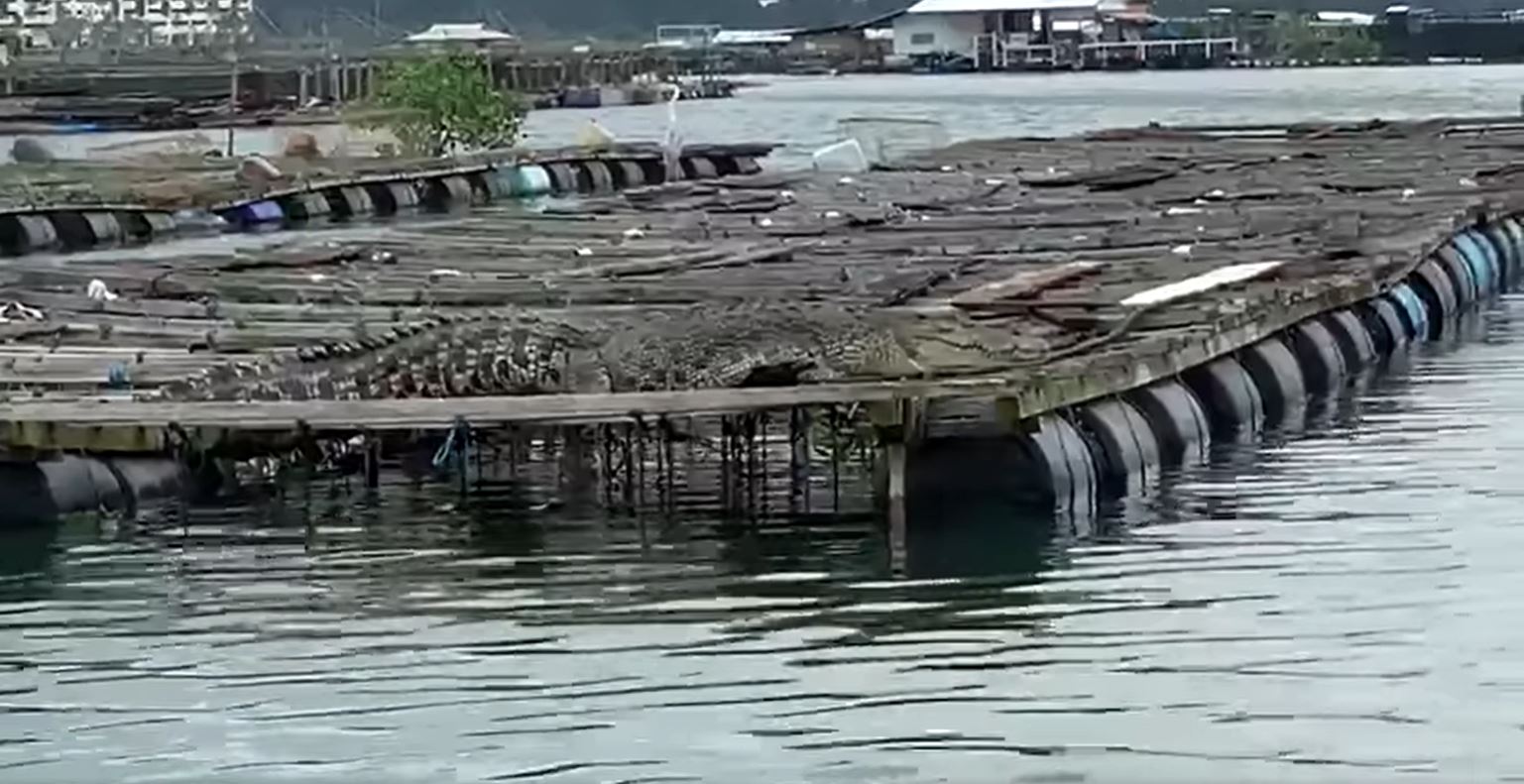 About 12 seconds into the video, the croc suddenly makes a move towards the edge. 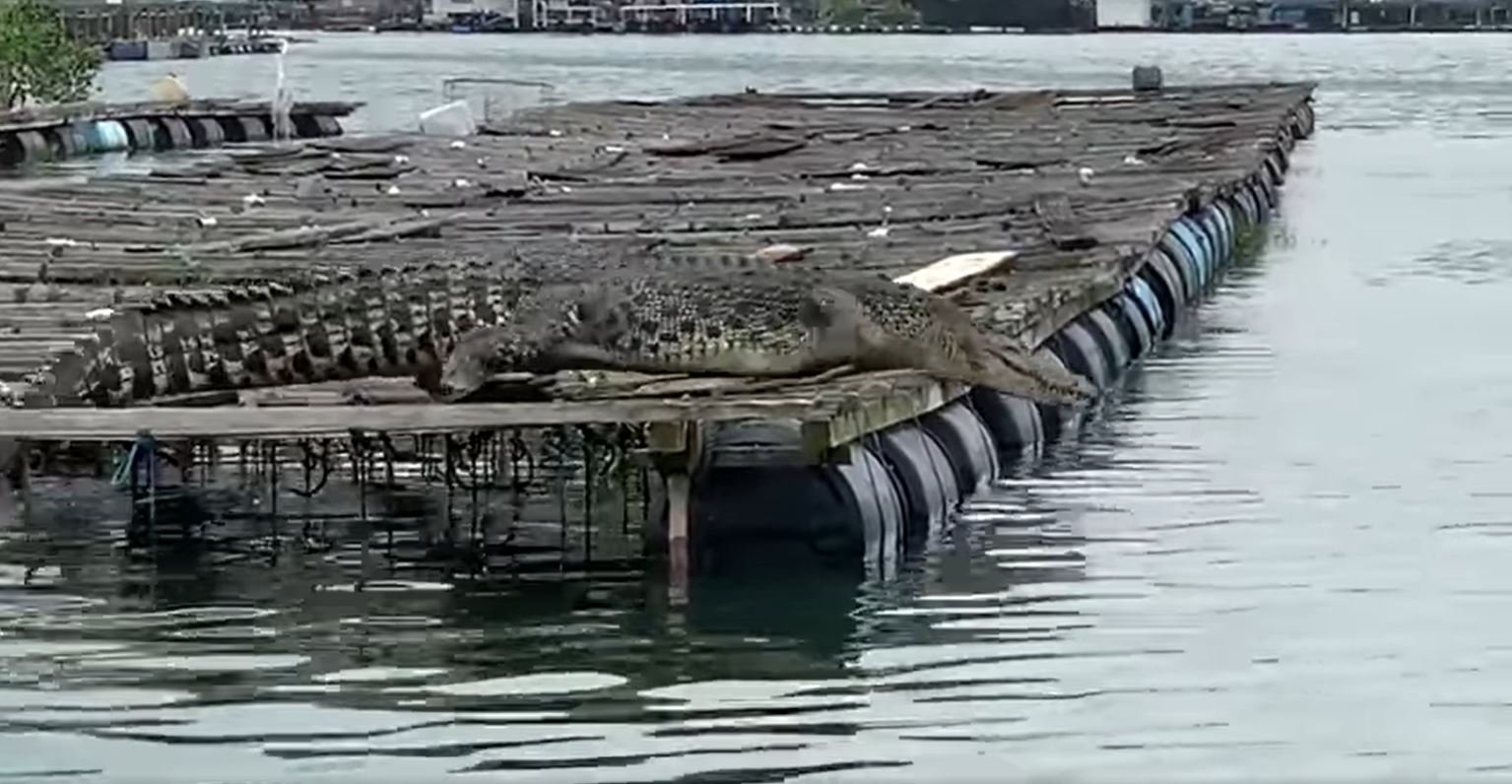 As it slides its huge body into the water, you’d finally be able to discern clearly just how big it is. 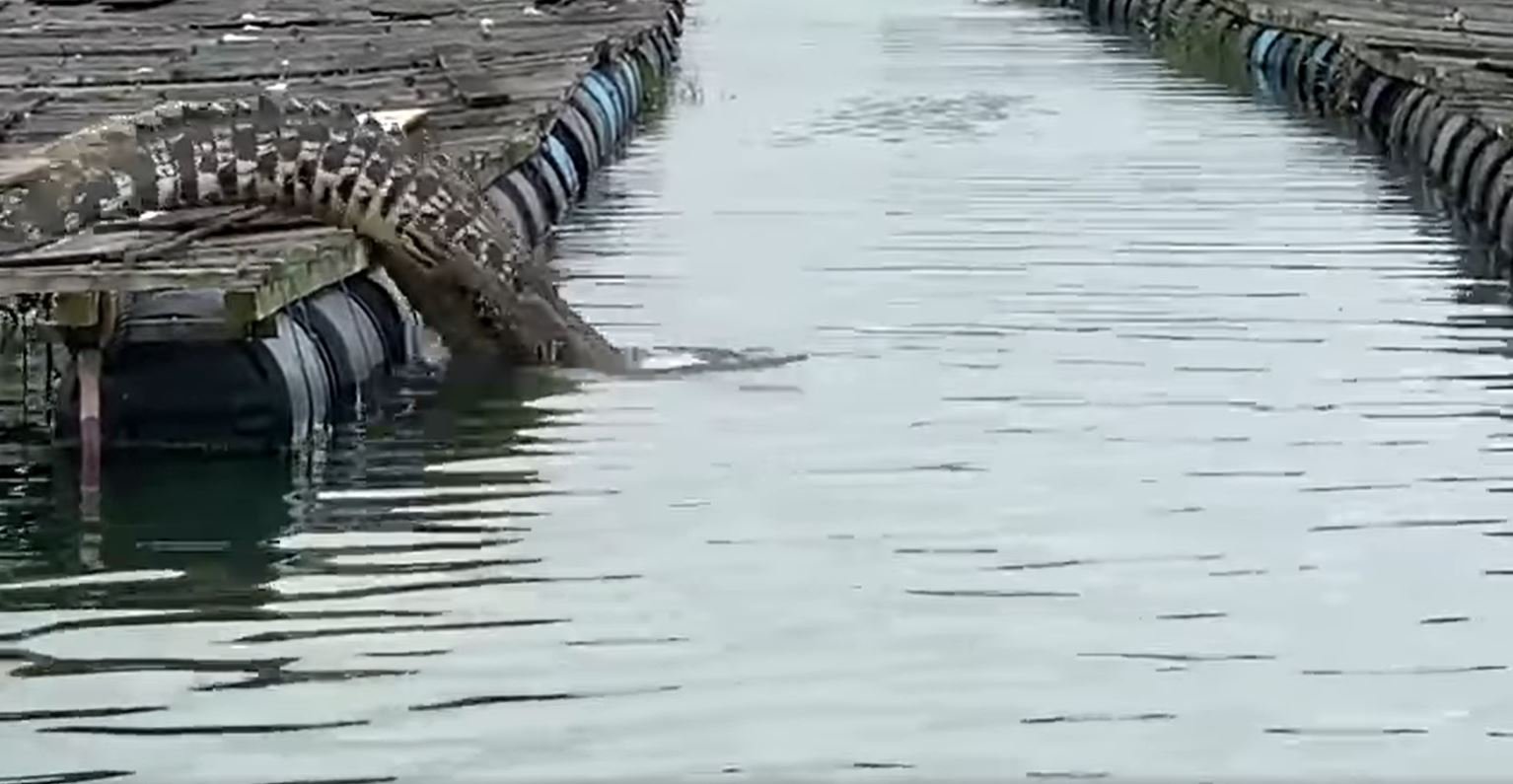 Some netizens didn’t see the croc

Some netizens exclaimed that they didn’t even see the croc until it moved.

The creature’s supreme camouflage skills gives it an advantage, should it decide to attack an oblivious animal (or human) who passes by.

Other netizens wondered where in Singapore the video was taken – perhaps so they could avoid going there.

After much probing, Ms Tini revealed that the video was taken from the Straits of Johor at the side near Johor Baru, but from the Singapore side it’s near “Lim Chu Kang Police jetty”. 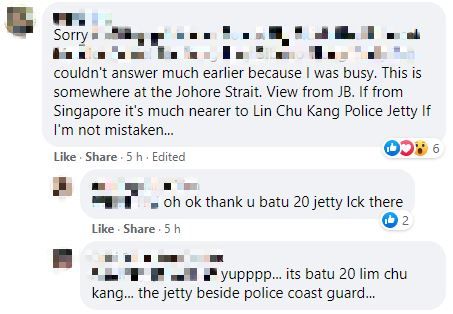 Netizens took that to mean it’s the wooden jetty at Lim Chu Kang Road “batu 20” (20th milestone) – i.e. the end of the road. The jetty is also near a police coast guard building. Lim Chu Kang jetty closed to the public since 2017

Unfortunately for those who’re curious about the place, Lim Chu Kang jetty has been closed to the public since 2017.

According to a photo sent to MS News by a reader in 2017, there were various signs put up saying, “no entry to public” and “private jetty”. 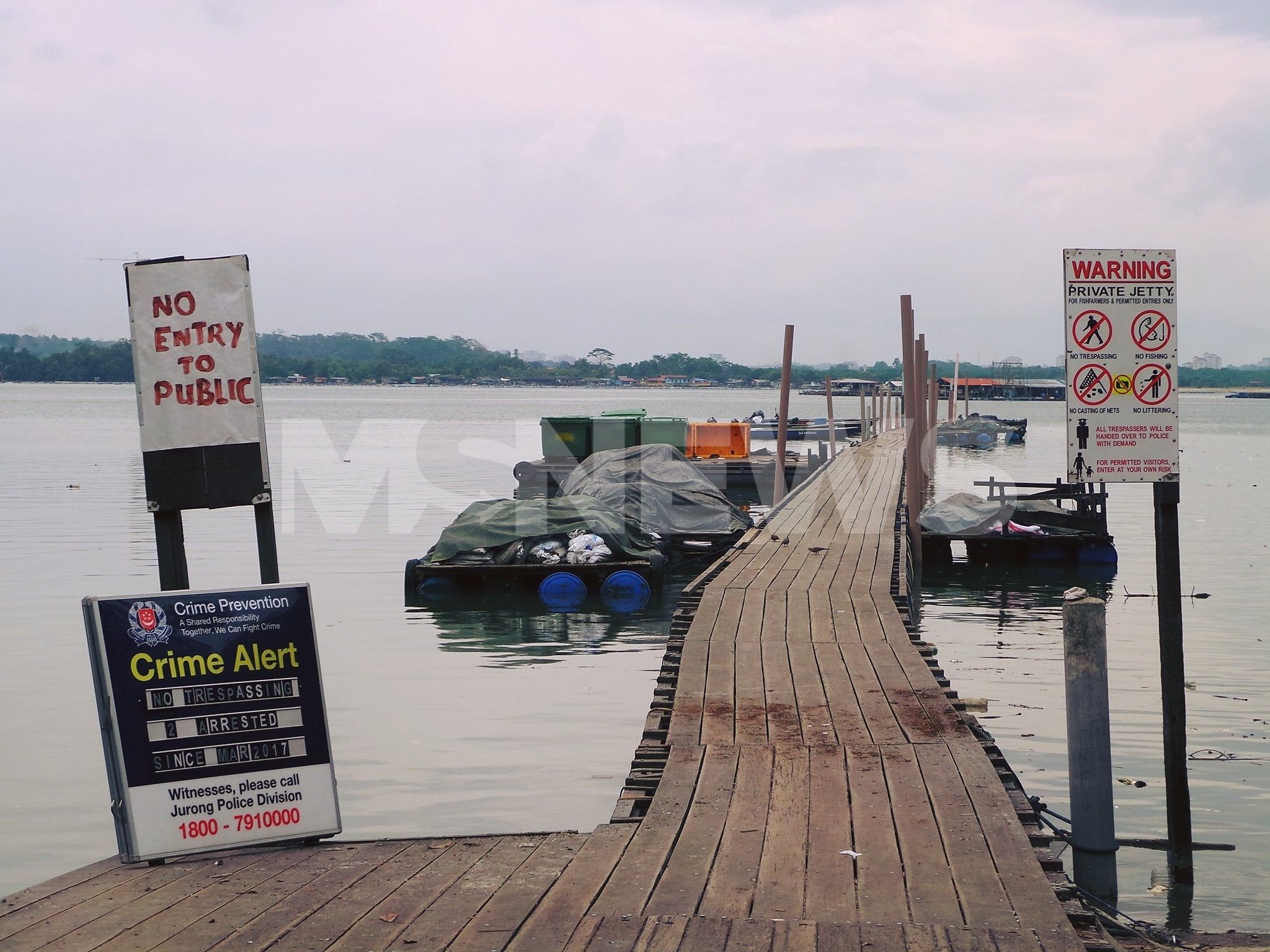 There was even a sign from the police saying “no trespassing – 2 arrested since Mar 2017”.

According to a photo from Google Maps posted in Nov 2020, warning signs were still there, though the initial handwritten one seems to have faded away. 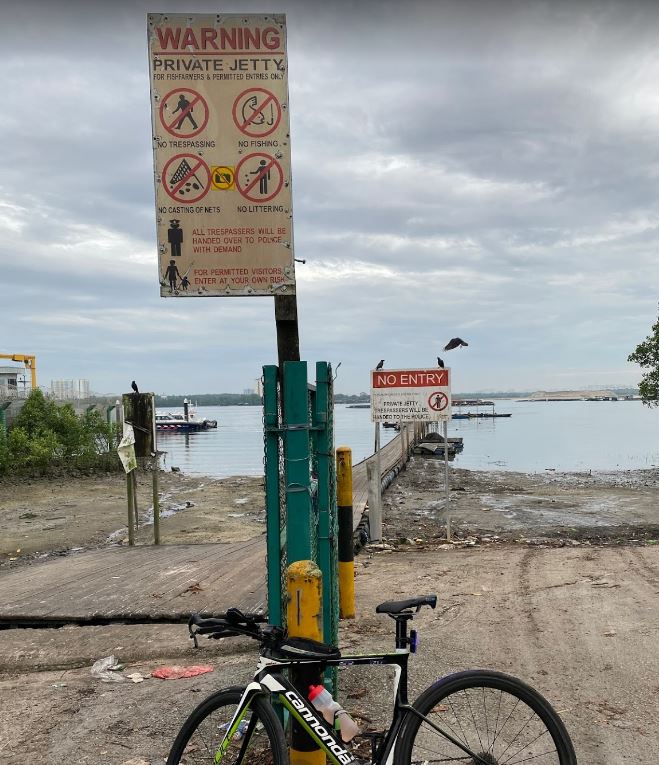 We may understand one reason why we’re not allowed to enter.

As of Feb this year, a warning sign from the Singapore Food Agency (SFA) was also spotted nearby, saying, “Danger – Crocodiles, Keep Away”. 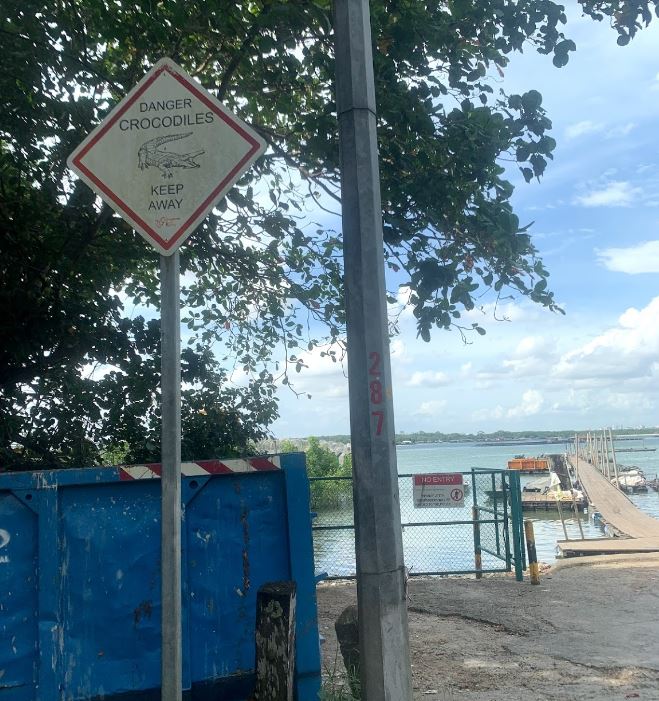 Looks like it’s better not to enter the jetty for our own safety.

Though we probably won’t be able to see the croc unless we ride a boat in the Straits of Johor, it’s probably for the best.

The fact that it can blend in so well with its surroundings means it can attack without warning.

The authorities have seen fit to warn us against crocs in the area, so it’s safe to say that we should keep a safe distance.

If you happen to encounter one, do remain calm and back away slowly, as not everyone can be as brave or as “scary” as this otter who managed to chase away a crocodile.