Cyclist Sustains A Fracture After Accident With Taxi, Calls On Motorists To Follow Road Markings

Cyclists face considerable danger when riding on the road, especially when traffic is heavy or if motorists are not adhering to the rules.

Unfortunately for a cyclist in Singapore, he allegedly sustained a fracture after getting hit by a taxi.

Sharing his encounter on Facebook, he urged all road users to adhere strictly to traffic rules so as to prevent similar accidents in the future. 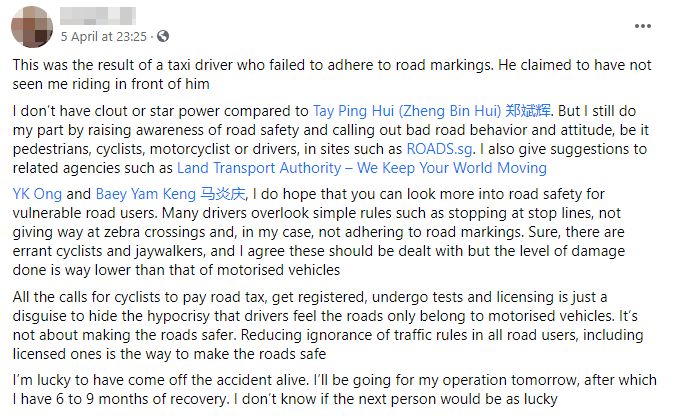 On Monday (5 Apr), a cyclist named Mr Lee shared on Facebook how he got into an accident with a taxi.

Apparently, the taxi driver did not adhere to the road markings, and claimed to have not seen Mr Lee riding in front of him. 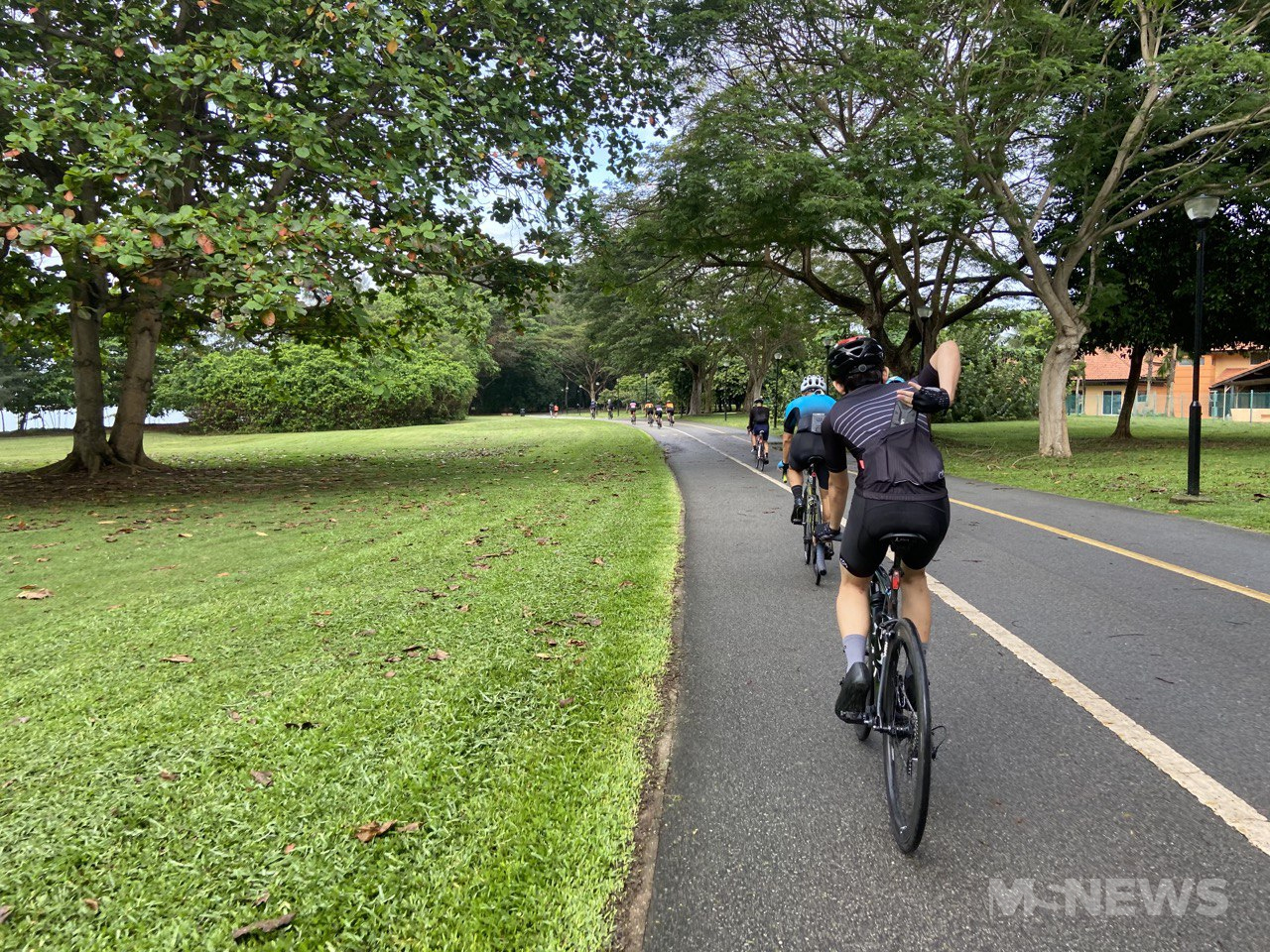 Mr Lee suffered a fracture as a result of the accident and had to undergo surgery on Tuesday (7 Apr). 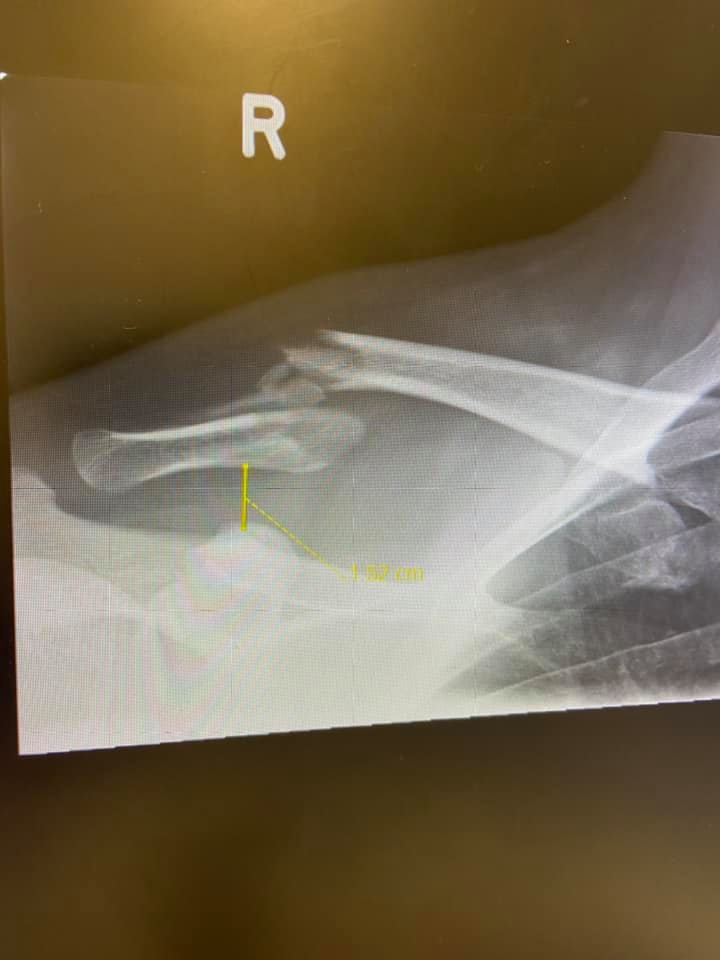 According to the cyclist, he would require 6-9 months to recover post-surgery.

Cyclist calls on all road users to follow traffic rules

Though Mr Lee felt thankful that he came out of the accident alive, he wasn’t sure if the next victim would be as lucky.

Specifically, he points to irresponsible motorists who fail to halt at stop lines, those who do not give way to pedestrians at zebra crossings, and in his case, drivers who do not adhere to road markings.

Referring to recent calls for cyclists to get registered, Mr Lee wrote that all road users should be more aware of traffic rules.

While he concedes that errant cyclists and pedestrians should be penalised, our roads are truly safer when everyone is less ignorant of traffic rules.

All road users – drivers, motorcyclist, and cyclists – have a role to play in making our roads safer.

We hope motorists would heed Mr Lee’s appeal and would adhere strictly closely to traffic rules.

Meanwhile, we wish Mr Lee a successful surgery and a speedy recovery.

Featured image adapted from Facebook and MS News. Left image is for illustration purposes only.