Cyclist Cuts Across Lanes & Collides With Car In Balestier, Motorists Urged To Travel With Care 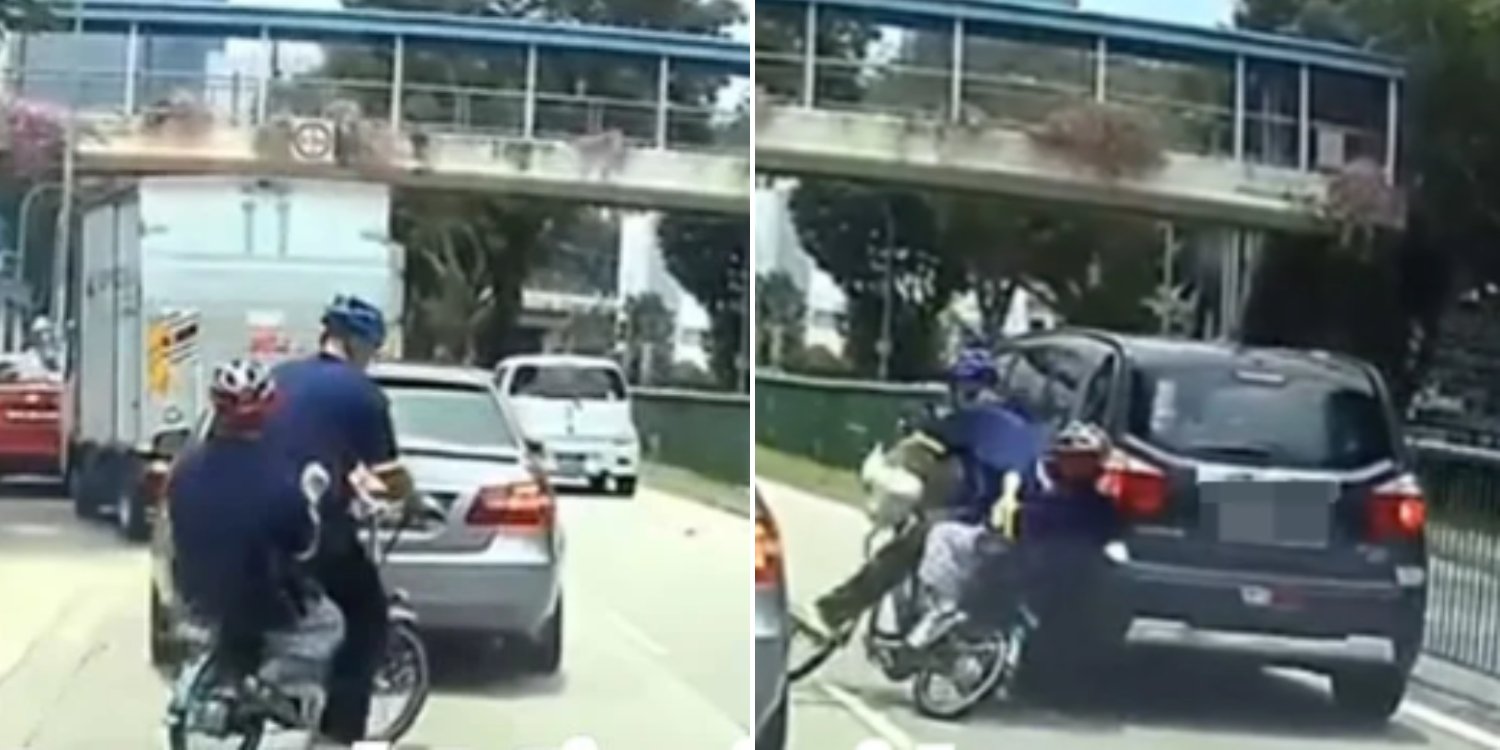 Both motorists have been called out for recklessly travelling on the road.

Cyclist Cuts Across 2 Lanes In Balestier Road & Crashes Into Car

Accidents arising as a result of lane-cutting are common in Singapore. Motorists often find themselves in a tight spot after hastily travelling across lanes.

Such was the case for a cyclist who decided to cut across two lanes on Balestier Road. He, along with his pillion rider, then collided with a car.

The incident has gained significant attention on Facebook, with many urging motorists to drive with more care.

Cyclist cuts across lanes in Balestier

Posting to SG Road Vigilante (SGRV) on Facebook, a netizen said the incident occurred on Balestier Road, at 2.24pm on 24 Sep. In the video, a cyclist with a pillion rider cut across two lanes, from the left-most lane to the right-most one. 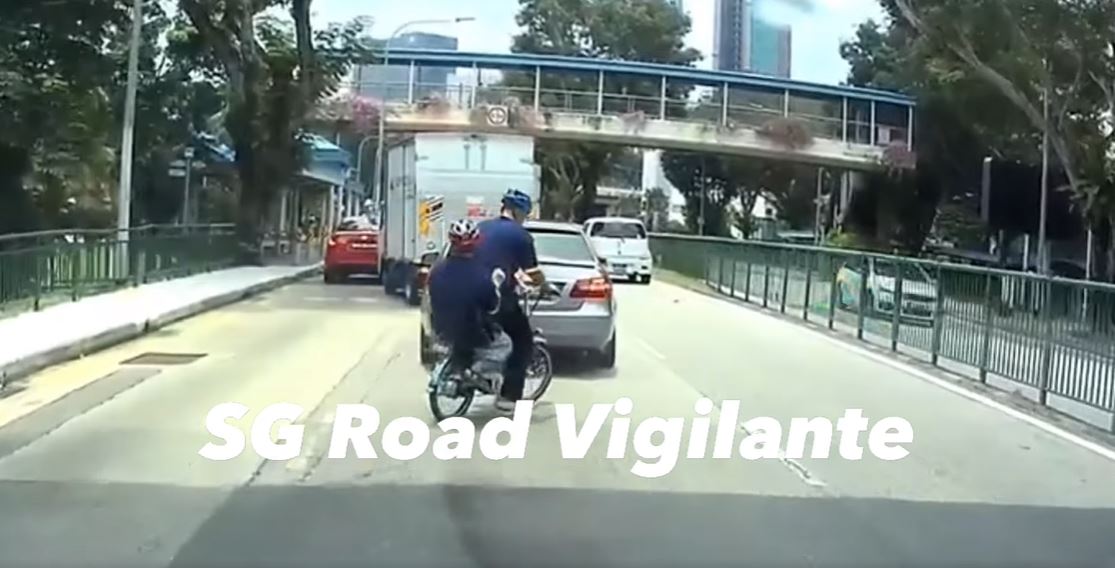 While doing so, he was unaware of a car travelling in the right lane and crashed into it. Both he and his companion fell from the impact of the collision. 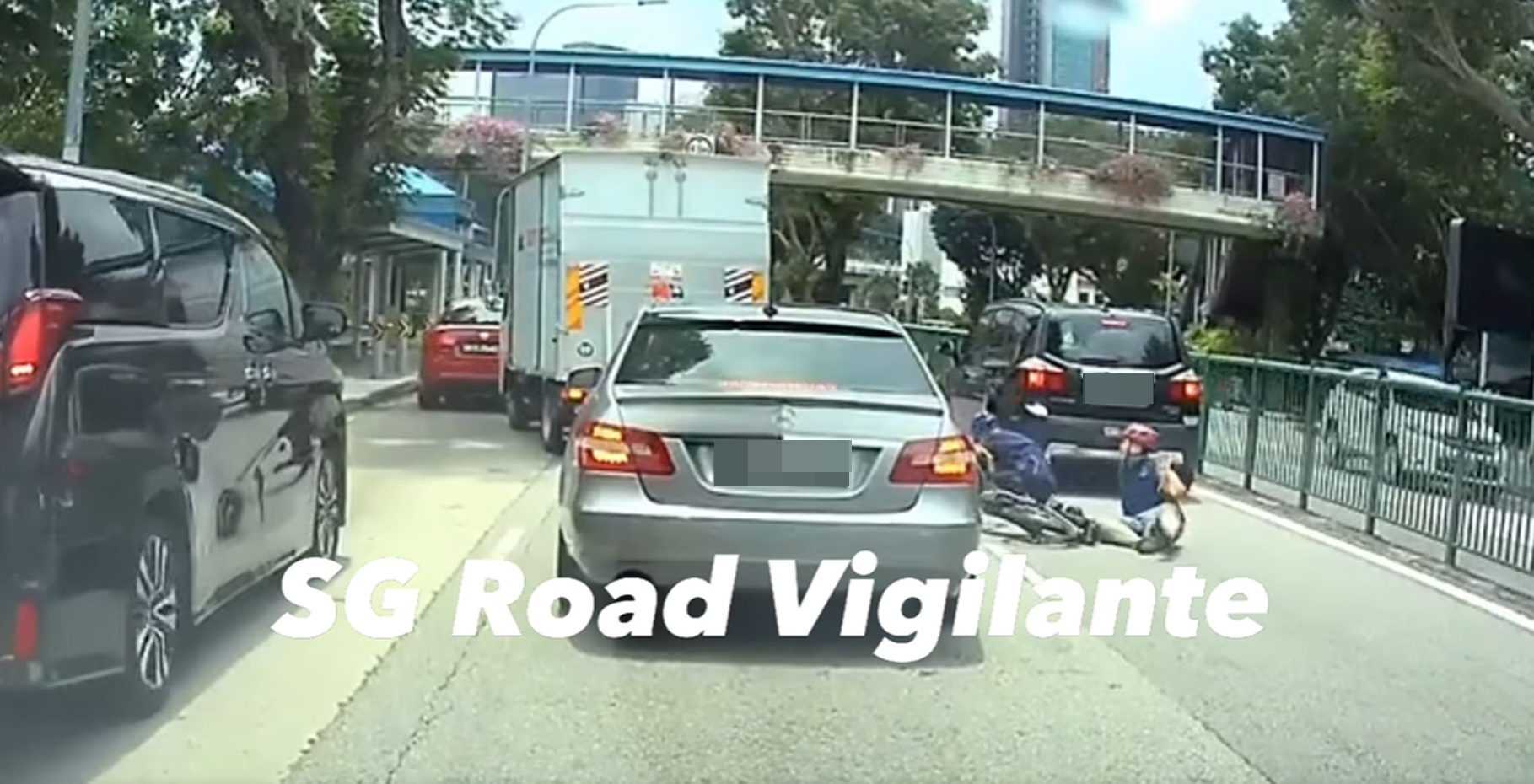 The driver then disembarked to check on them. 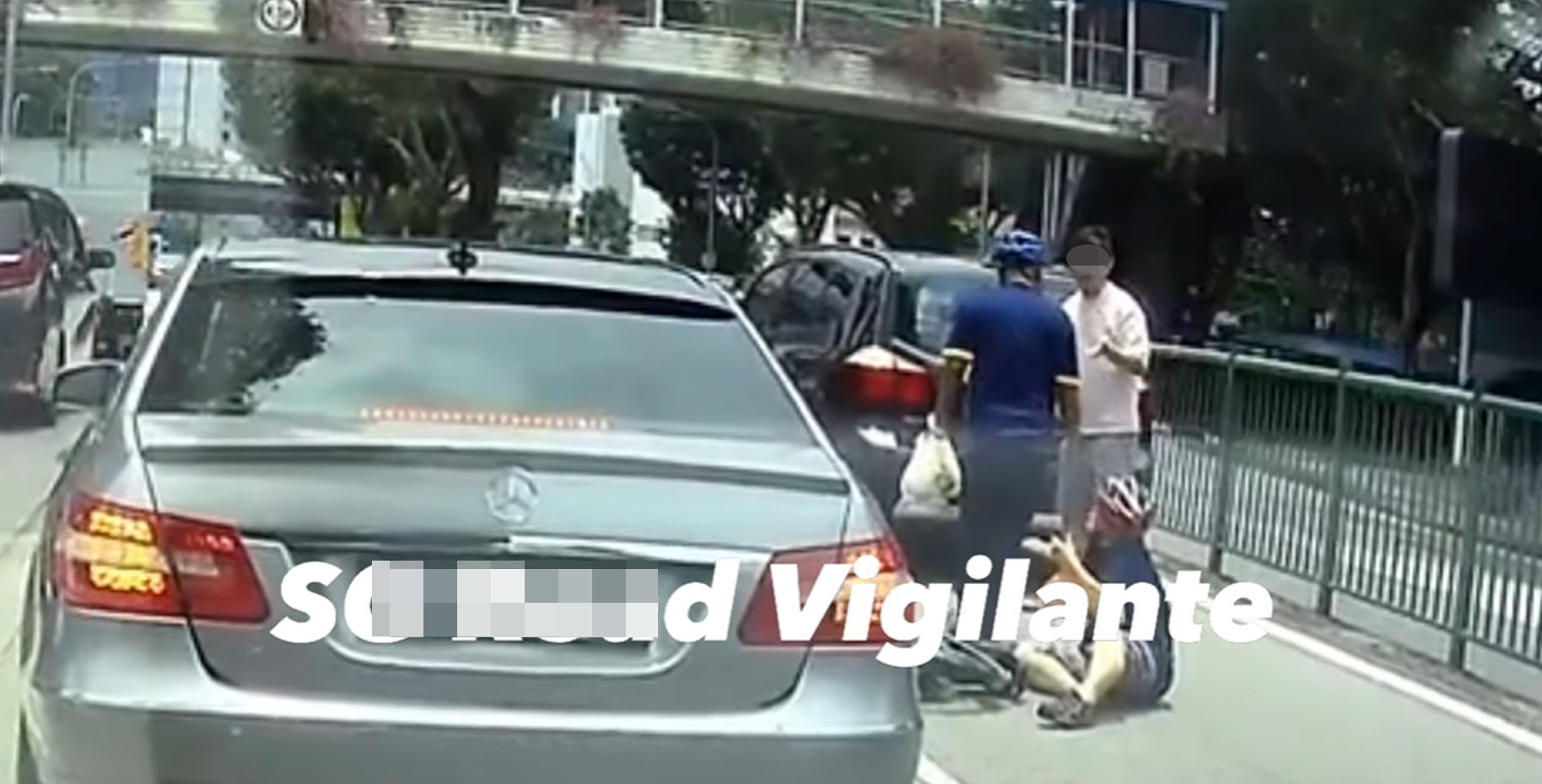 At this point, the cyclist stood up to confront him, evidently furious over the incident.

The two individuals quickly descended into an argument, with the pillion rider still on the ground.

The post has since gained more than 55,000 views, many calling out both motorists for their reckless actions.

A few users pointed out the cyclist’s failure to signal before switching lanes.

This would increase the likelihood of traffic incidents, and may even result in severe injuries.

Before attempting to cut across the lanes, they noted he should have also checked if the coast was clear.

However, a user also pointed out the driver should have looked out for other motorists. In his failure to do so, he contributed to causing the collision as well.

Needless to say, both motorists had a part to play in this accident that could have been easily avoided. Hopefully, it will serve as a reminder to other road users of the need to exercise caution while on the road.