Van Cuts Across 2 Lanes In Little India, Causes Rear-End Collision With Bus Behind It Part of the bus' windscreen cracked upon impact.

It is not easy for bus captains to manoeuvre huge vehicles along the busy roads of Singapore, but they still do so expertly.

However, no training and experience can prevent accidents when other motorists make rushed – and potentially unwise – decisions like this van driver in Little India.

A white van had allegedly abruptly cut across two lanes in Little India, colliding with an oncoming bus.

The accident left the bus with a broken windscreen, while damage to the white van is unknown.

On Monday (19 Sep), a video shared by the Singapore Road Accident Facebook page showed the collision and aftermath.

In the short clip, a caption attached to the video reads, “When I was taking a video of the street lights and suddenly this happened…” 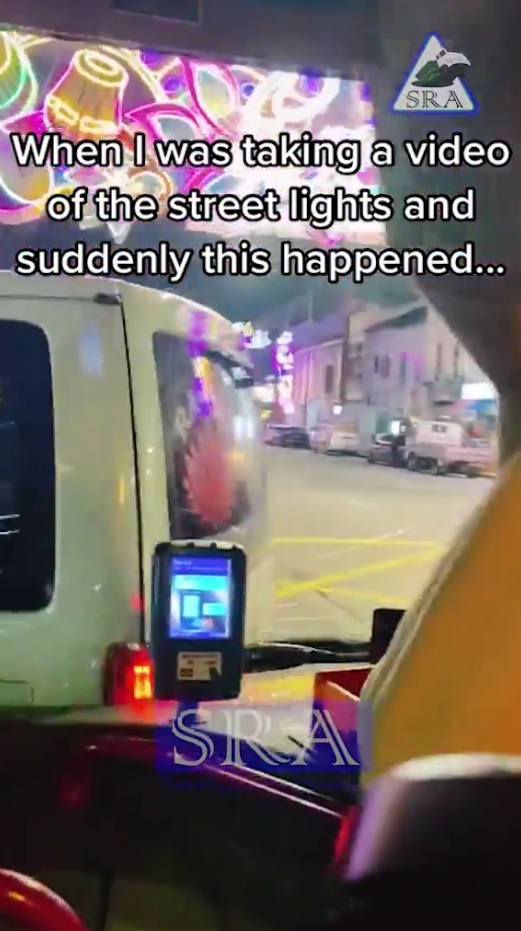 The first seven seconds of the video show the white van suddenly cutting across two lanes.

The bus captain couldn’t stop in time and eventually collided with the van’s rear end.

The collision broke the bus’ windscreen while the van’s rear lights were presumably damaged.

Moments later, the passengers in the white van alighted the vehicle to inspect the damages.

During this time, a voice can be heard in the background, asking if anyone on the bus was injured.

Later, the bus captain contacted the control centre, informing them of the accident.

The control centre instructed the bus captain to exchange information with the other party.

Netizens unanimously agree bus captain was not in the wrong

Netizens seem to be on the bus captain’s side, as most agree that the van driver was at fault.

One comment suggested that if the bus captain had pulled the emergency brake, bus commuters, some of whom could’ve been the elderly or children, would have met with a terrible accident.

This netizen suggests that the passenger who was innocently filming the Little India lights now has excellent evidence of the accident.

A netizen gave their simple verdict, which garnered over 200 likes, seemingly putting the argument to rest.

No matter the case, kudos to the bus driver for putting the safety of the commuters first just moments after the accident happened. Hopefully, no one suffered any injuries.