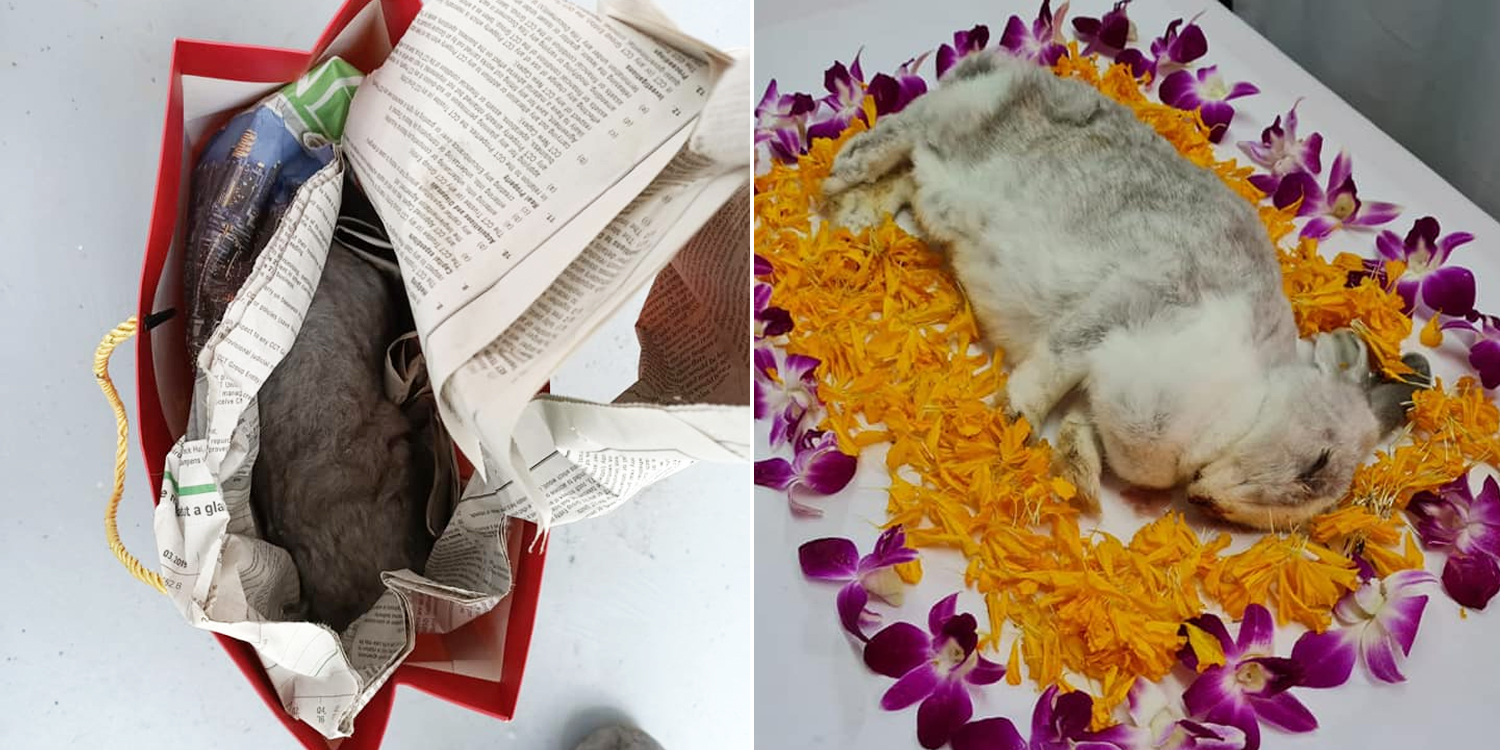 The time our pets spend with us may just be a fraction of our lives. But for them, it’s almost for a whole lifetime.

For all the affection they shower us with, it’s only fitting for owners to give them a proper send-off when they eventually pass on.

On Monday (23 Nov), the volunteers from the Yishun Cat Patrol group were alerted to a dead bunny who had allegedly been discarded in a paper bag and left at a void deck.

The bunny has since been cremated.

In their initial Facebook post on Monday (23 Nov), Yishun Cat Patrol shared that a dead cat had been found at the void deck of Block 161 along Yishun Street 11. 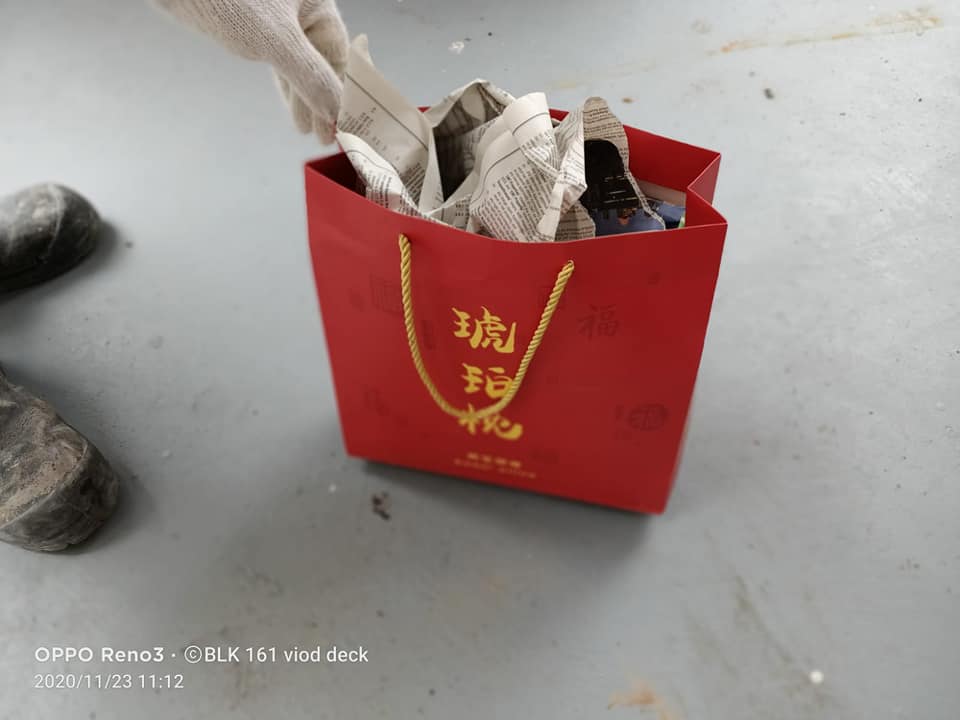 The ‘feline’ was reportedly left in a red paper bag and wrapped with newspaper. 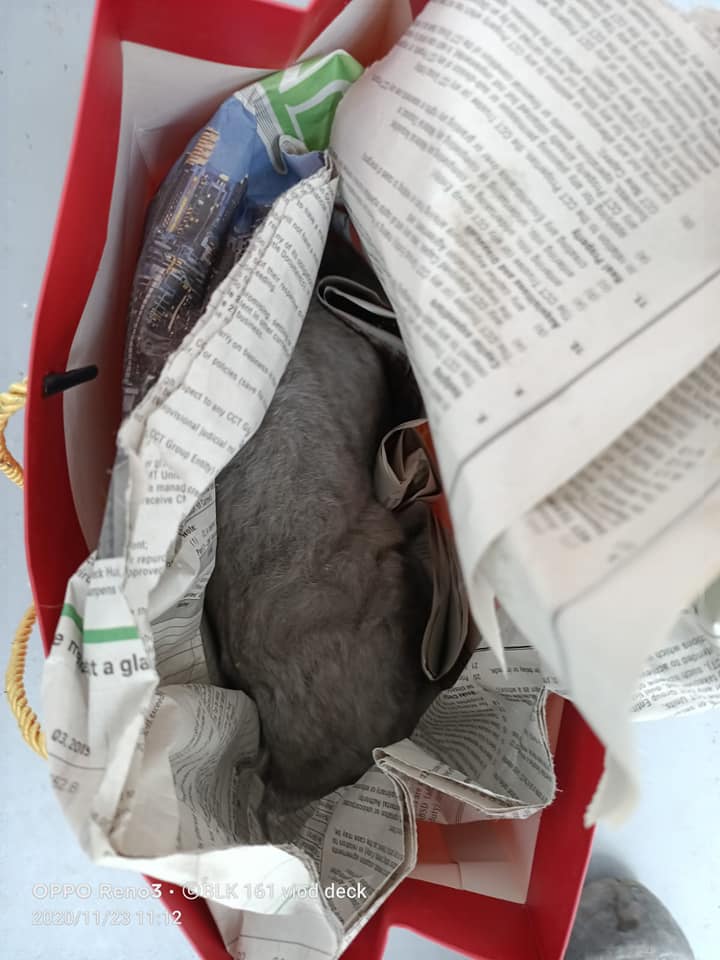 The corpse was found in the morning after a cleaner smelt an “unbearable” stench from a rubbish bin.

The next day, folks from Yishun Cat Patrol posted a clarification about their discovery. 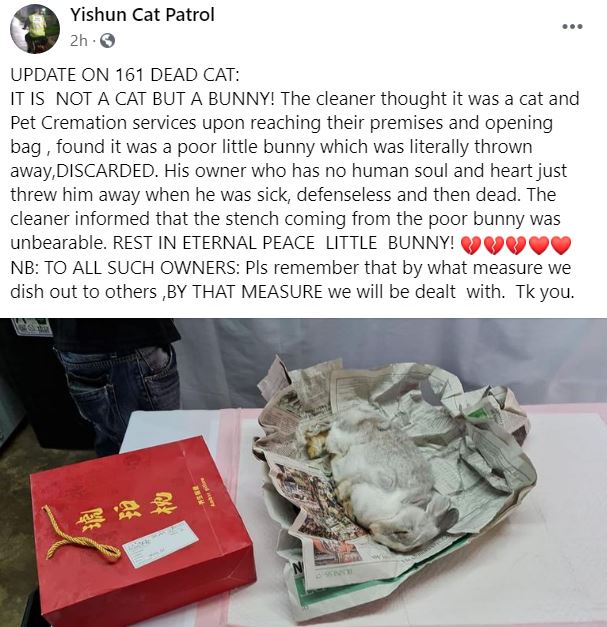 Turns out, the cleaner had mistaken the “abandoned” animal, which was a bunny and not a cat. 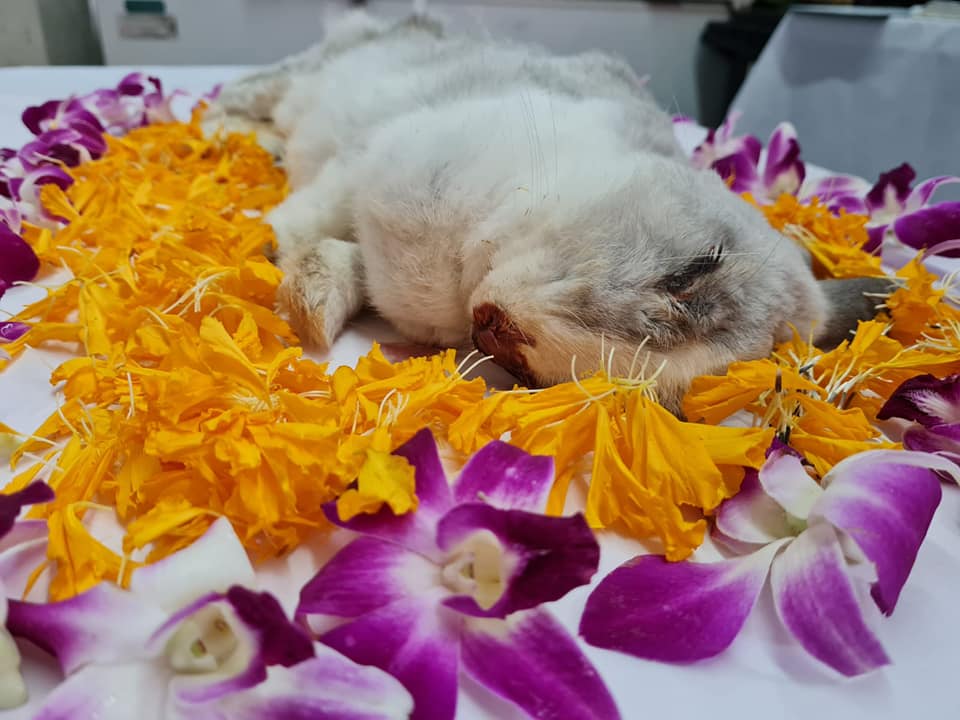 Nonetheless, the bunny was given a proper send-off and has since been cremated. 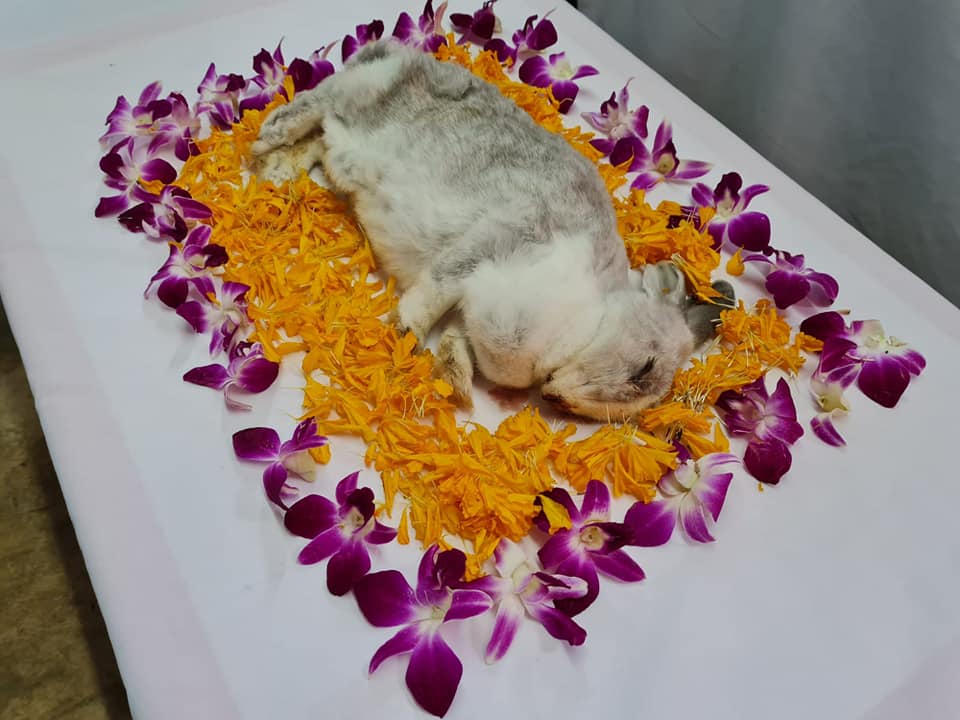 Netizens questioned if bunny was infected with RHD

Some netizens apparently noticed the bunny’s bloodied nose and questioned if it was infected with rabbit haemorrhagic disease (RHD).

Bleeding from the nose and mouth is reportedly one of the symptoms of RHD.

Bunny Wonderland, a rabbit welfare group, later shared that it’s unlikely to ascertain the rabbit’s cause of death since it has been cremated.

However, they urge bunny owners to get their furkids vaccinated ASAP.

Proper farewell is the least owner could do

It’s rather saddening to see an owner disposing of their pet bunny in such a cold manner.

While we do not know the circumstances surrounding the incident, we do hope that the owner is at least aware of the fact that volunteers helped to take care of the carcass.

We hope prospective owners would take into account the relevant expenses before committing themselves to a pet.

After all, they’re going to be providing care for them for the rest of their lives.