One neighbour teared up when recounting her memories of one of the victims.

In the early hours of Sunday (27 Nov), a fire broke out at a Rivervale Crest condominium unit in Sengkang. When the Singapore Civil Defence Force (SCDF) responded to the incident, they discovered three unconscious people in the unit and conveyed them to the hospital.

Unfortunately, an elderly couple, both 78, passed away from their injuries, The Straits Times later reported.

Deceased couple in Sengkang fire was kind and friendly

The couple’s next-door neighbour, Muthu, told MS News that his family had a cordial relationship with Mr Tan and Madam Yeo.

Mr Tan was a very polite man who would always go jogging in the morning.

“We used to see him almost every morning and exchange casual greetings, but not on that day,” Muthu recalled.

Mr Tan would even engage in small conversations with Muthu’s son, asking him about his studies or where he was headed to.

“Being on the same floor as neighbours, we had a very good relationship with them,” Muthu stated.

Husband was sociable while wife was caring

Another neighbour, who declined to be named, agreed that Mr Tan and Madam Yeo were courteous neighbours.

“It’s a bit shocking — just a few days ago, we met each other and talked in the lift, and suddenly they’re not around anymore,” the neighbour sighed.

He explained that his family has stayed in the condo for many years, and the couple was truly good-natured.

Mr Tan was very active, going for exercises every morning and mingling with the neighbours.

On the other hand, his wife was soft-spoken but kind and cared deeply for everyone.

A housewife who lives on the 16th floor teared up as she recounted her memories of Madam Yeo. She said,

Auntie especially left a very big impression on my family. She would talk and have deep conversations with us. She cares about everybody.

Madam Yeo would also offer motherly advice to the housewife’s children and pray over them, she revealed. 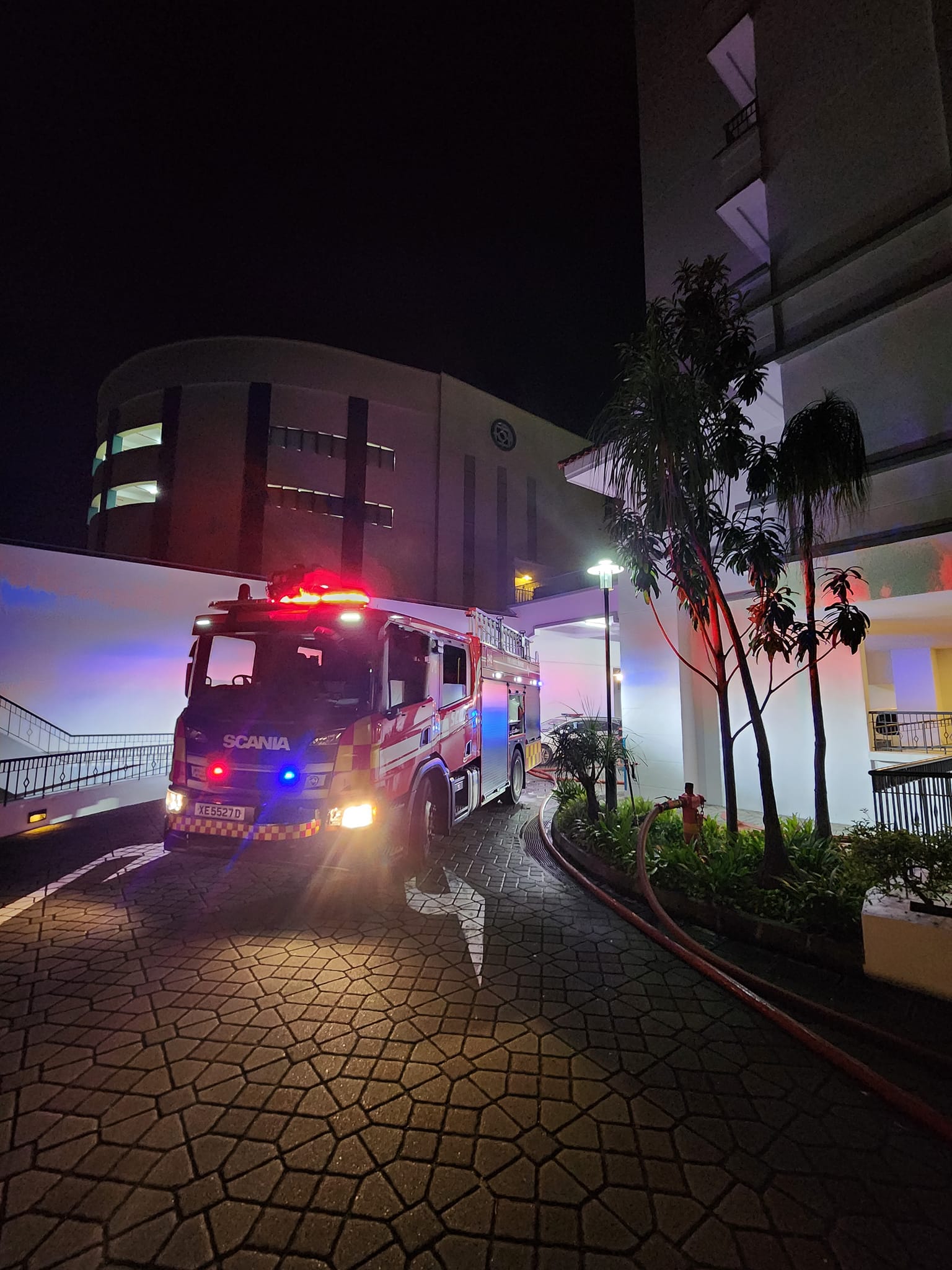 As it turns out, the housewife’s husband was the one who informed the security guards first as he was returning home from a wedding.

His family awoke from the commotion, and the neighbours on the couple’s floor knocked on their door but to no avail.

Subsequently, police evacuated residents from the nearby units and SCDF personnel managed to extinguish the fire.

Thankfully, the fire did not spread further and no one else was injured.

Featured image adapted from SCDF on Facebook & by MS News.