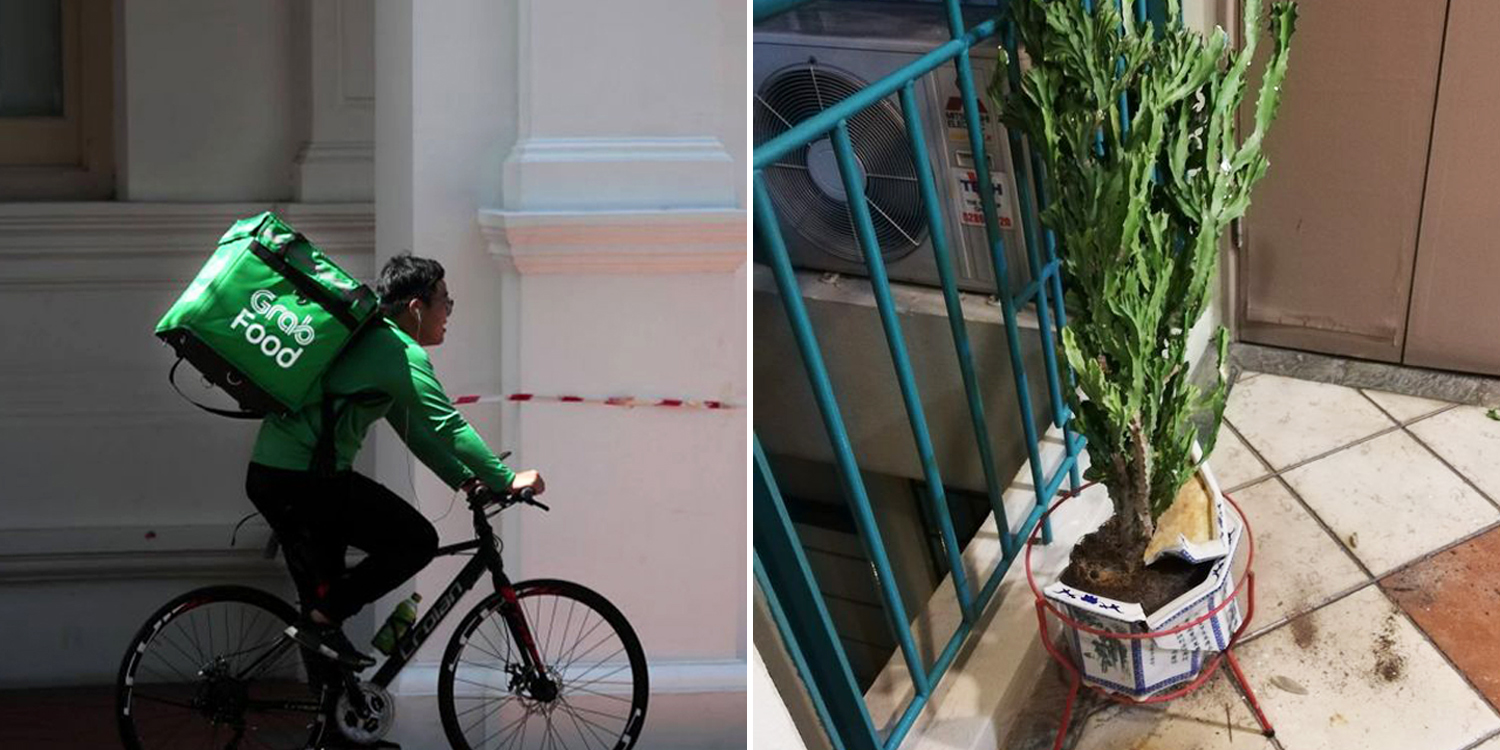 This year has seen the rise of food deliveries as the new normal of Covid-19 settles in.

Food delivery riders do not have it easy. From enduring Singapore’s erratic weather to the inconsiderate behaviour of people.

Most common of all, demanding customers who fail to empathise with the difficulties of their job.

On Friday (11 Sep), a Singaporean reminds us in a Facebook post, to better empathise with food deliverers. 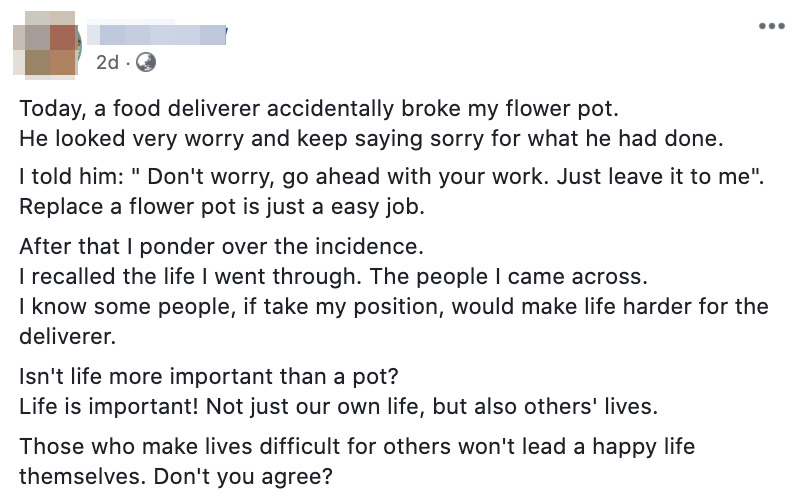 He recounts the incident of a deliveryman accidentally breaking his flower pot.

The man told him not to worry about it. Later, he reflects how many would not react the same way.

On Friday (11 Sep), a food deliveryman was delivering food to a customer when he accidentally broke a flower pot. The deliveryman was extremely worried and apologised profusely to the man.

However, the man thought nothing of it. He assured the deliveryman that he had nothing to worry about.

“Go ahead with your work. Just leave it to me.”, he told the deliveryman. After all, replacing a flower pot was easy.

Man reflects on importance of empathy after incident with deliveryman

Perhaps it was the deliveryman’s evident distress that prompted the customer to ponder over the incident.

He was reminded of people he crossed paths with throughout his life.

The customer realised that some people in his position, would react very differently.

Many would give the deliveryman a hard time over the broken flower pot. 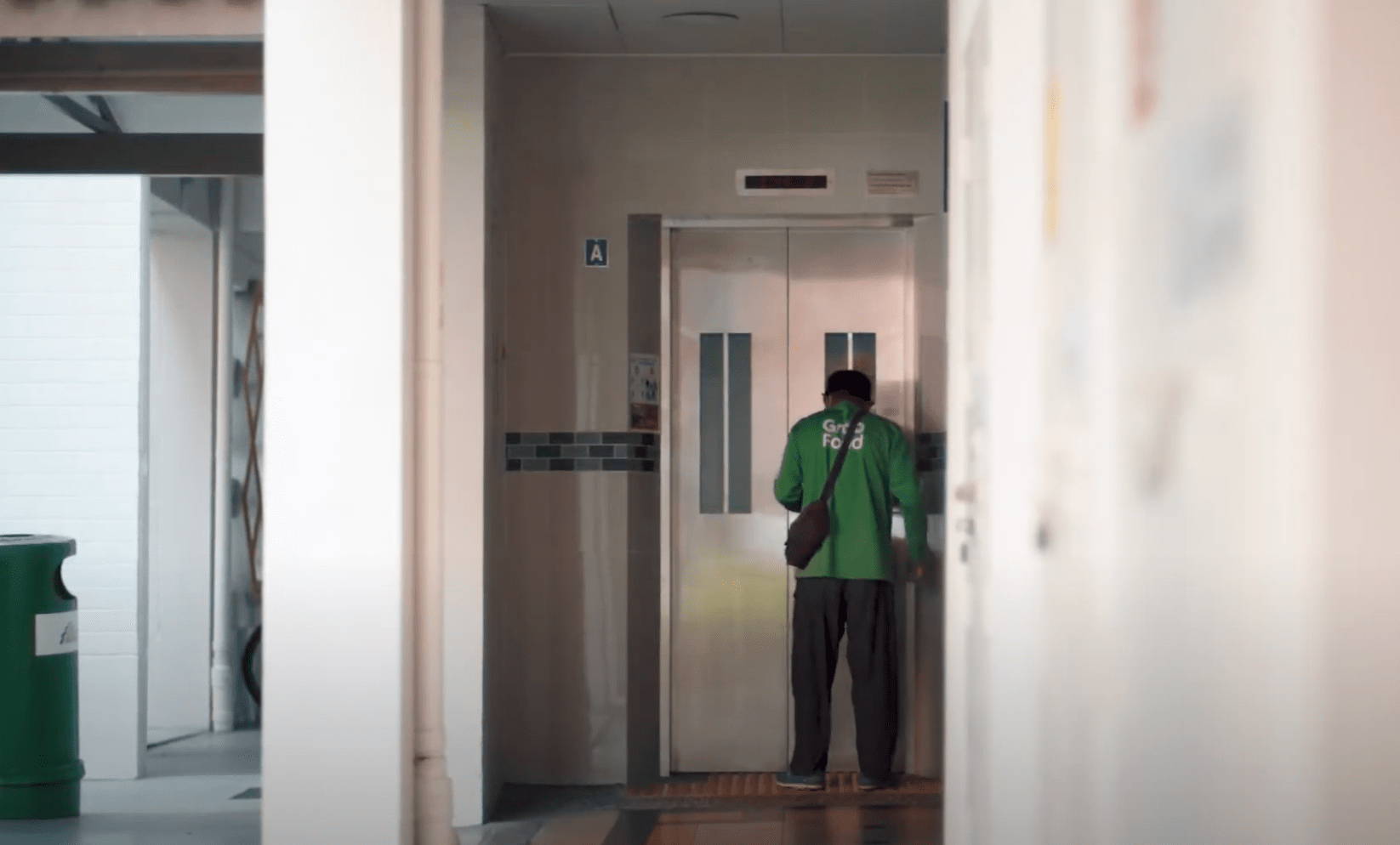 This led him to reflect how common it is for people to make others’ lives harder over trivial things, like a broken pot.

People often forget that at the end of the day, it’s lives that matter, not things.

He concluded the Facebook post, reminding the public that those who make lives difficult for others won’t lead a happy lives themselves.

The customer’s post was well received by netizens. They flooded the comments with praise for the man.

One netizen even offered up a new replacement flower pot for him.

Many commended the man’s behaviour, saying it is important to forgive and forget.

Some even remarked that Singapore needs more people like him and thanked him for recounting the incident.

Indeed, the deliveryman was surely relieved to have encountered an understanding customer like him.

A reminder to all of us to show empathy

Kudos to the kind customer for his thoughtful response to the incident.

Often, it is easy to get caught up in our own lives and forget that others are also simply doing their best.

May this be a reminder to all of us that every job has their difficulties and we should always show understanding when hiccups arise.

Only with greater empathy, can we work towards a more civil society we would all enjoy living in.