Dementia can be a rather crippling condition — places, things, and even persons who were once familiar can suddenly turn foreign. 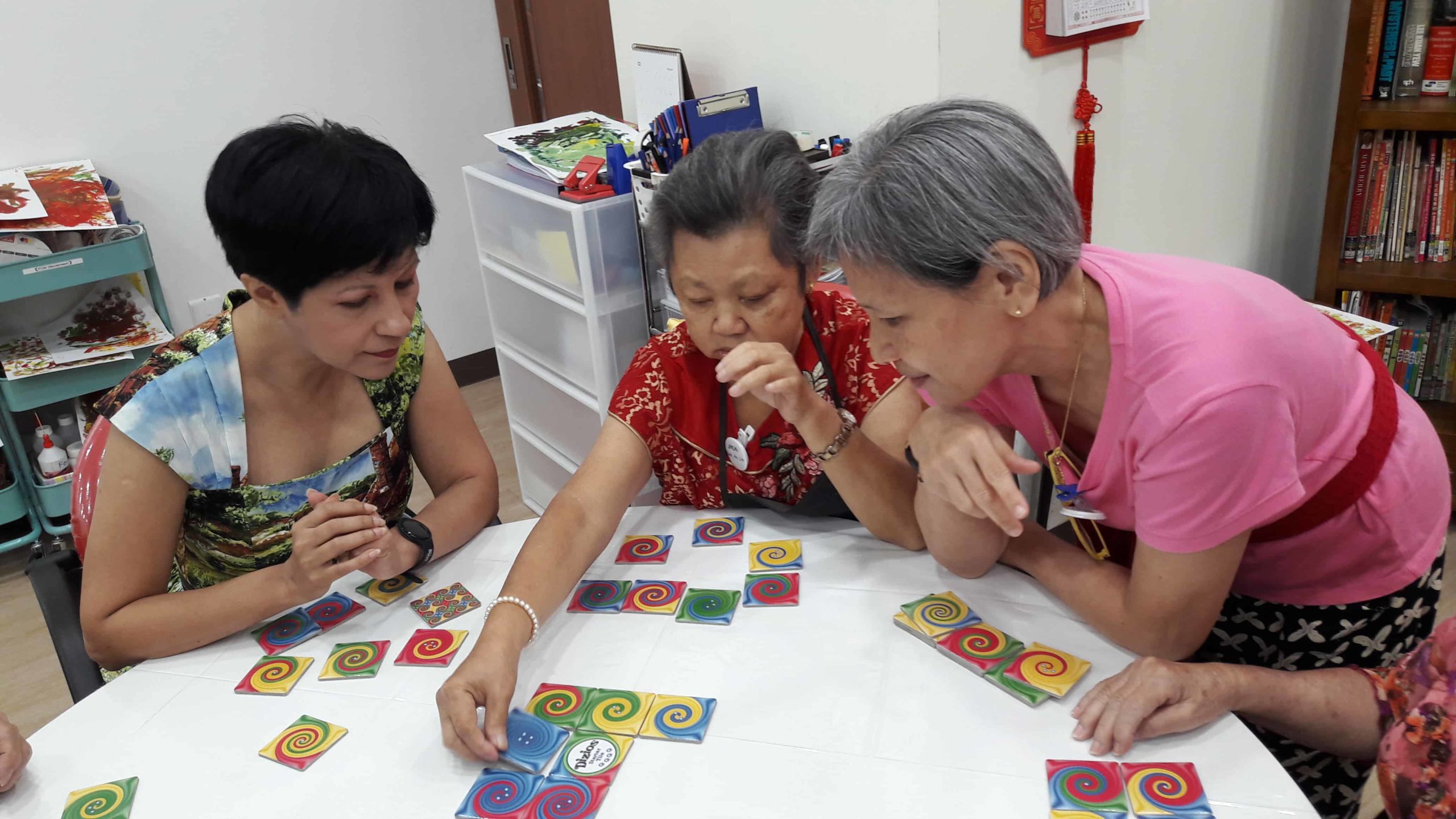 But it seems like some things never escape our memory, as one dementia patient proves.

On Monday (12 Oct), Workers’ Party (WP) leader Pritam Singh took to Facebook to share how a WP supporter with dementia for the last 15 years still managed to vote for the party of his choice in a ‘family ballot’. 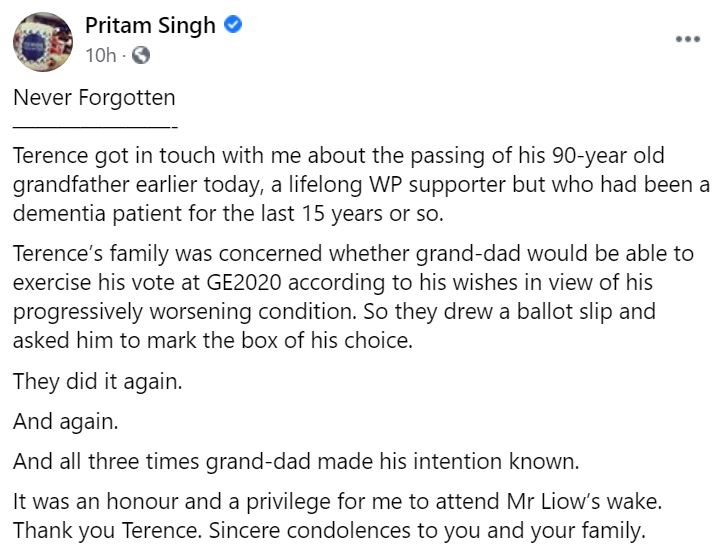 The staunch WP supporter, however, passed away recently.

According to Mr Singh, he learned of the dementia patient’s passing through the man’s grandson, Terence.

However, since the 90-year-old Mr Liow was diagnosed with dementia around 15 years ago, his family was understandably worried if he could still vote “according to his wishes” during GE2020.

Putting this to the ‘test’, the elderly man’s loved ones allegedly conducted a ‘family ballot’ at home, asking him to select the party of his choice.

Thankfully, the events that subsequently transpired allayed their worries.

Despite his condition, Mr Liow repeatedly placed the ‘X’ next to the WP’s hammer symbol 3 consecutive times, making his intentions crystal clear. 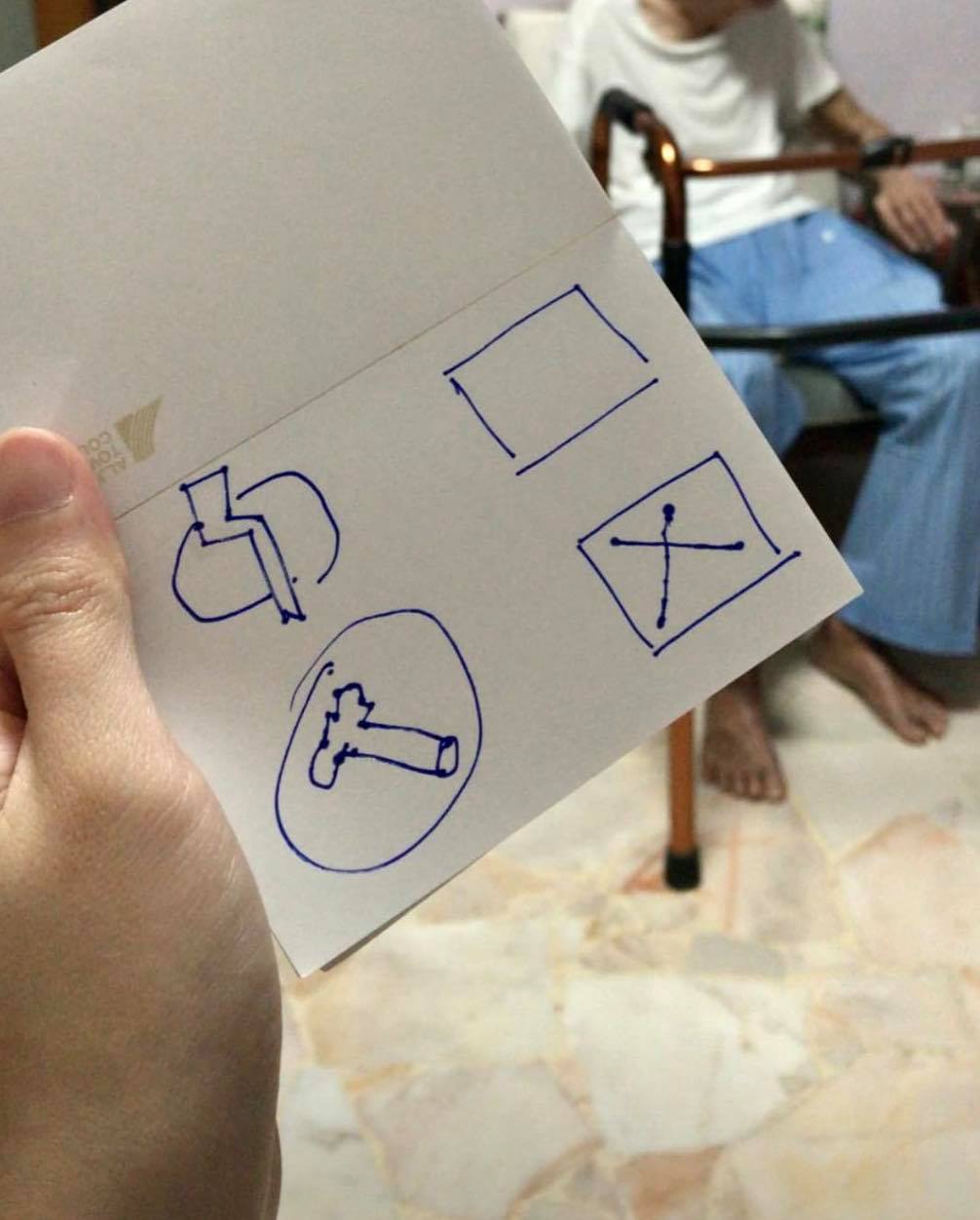 It was not disclosed if he voted during GE2020.

Mr Singh attended the man’s wake on the very same day and conveyed his condolences to the bereaved family.

Some things are never forgotten

Our heartfelt condolences go out to Terence’s family for their loss. May his grandfather rest in peace.

Though party allegiance might shift for some of us depending on the policies put forth, it’s nonetheless touching to see how the 90-year-old man remained loyal to the political party despite his ailing health.