S’pore Dog Caged For 10 Years Has No Name, Needs A Furever Home He Can Live Happily In 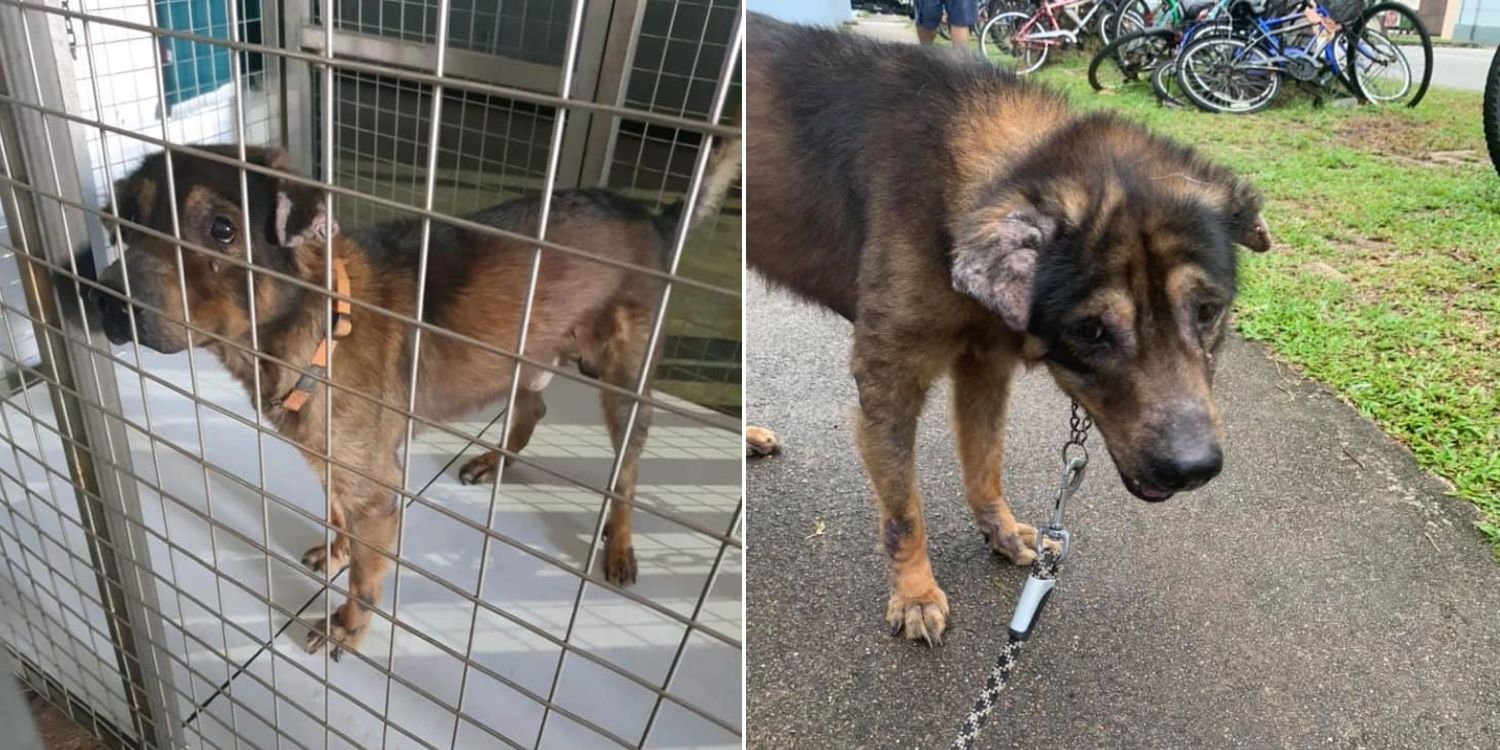 Living enclosed for so long is not a life for any dog.

Imagine living life in a cage, trapped within 4 walls, and watching the world pass you by through metal bars.

That’s exactly how one poor doggo lived for 10 years of his life. 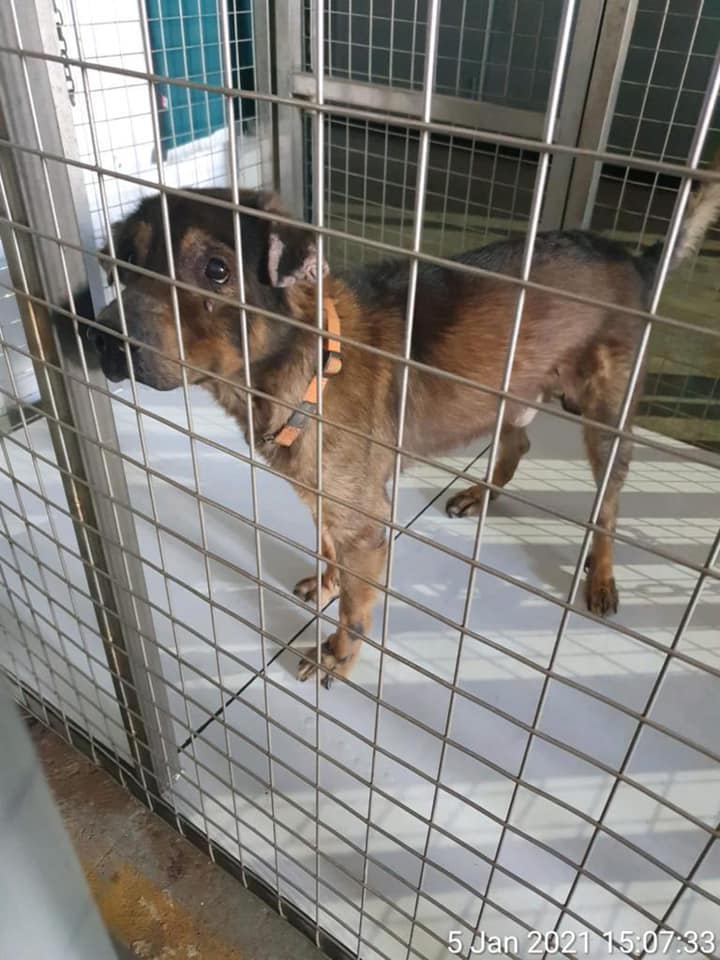 Animal Welfare Group Chained Dog Awareness in Singapore (CDAS) shared on Facebook that the senior dog has never even been named. 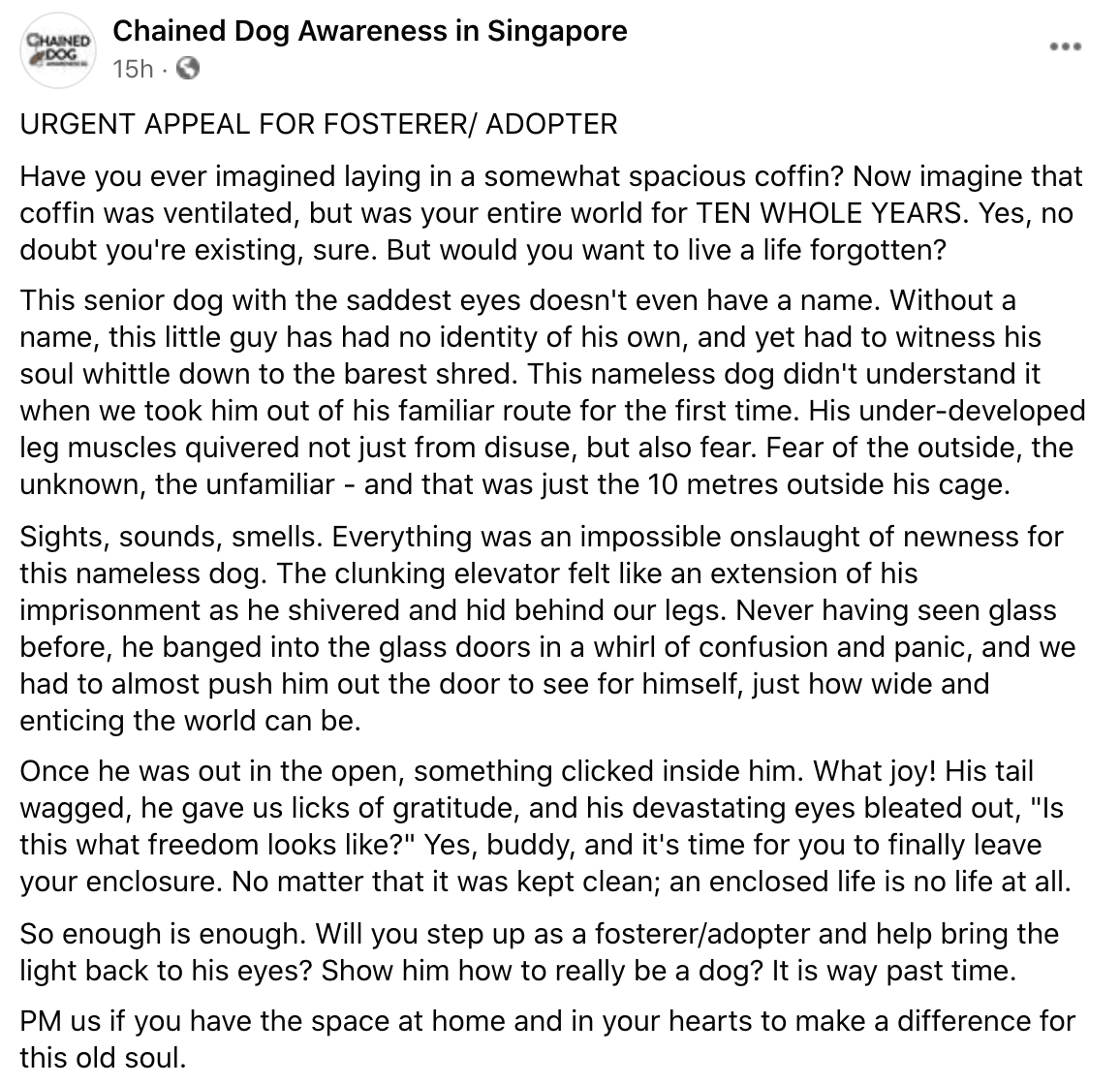 They are now appealing for a fosterer or adopter to finally give the dog the loving home he truly deserves.

Senior dog without a name caged for 10 years

Likening his predicament to living in a spacious coffin, CDAS explains that though alive, the dog was living “a life forgotten”.

Indeed, his sad eyes seemed to tell his story, as he stared dolefully at the camera. 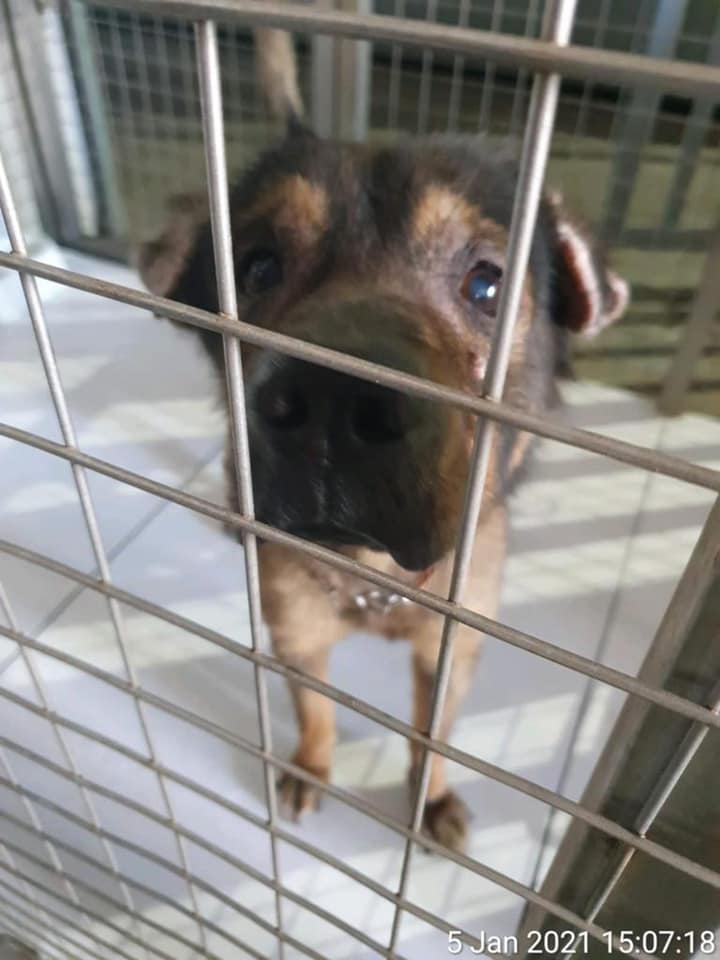 CDAS didn’t specify where the cage was when they found it, but one of the photos showed a car in the background. 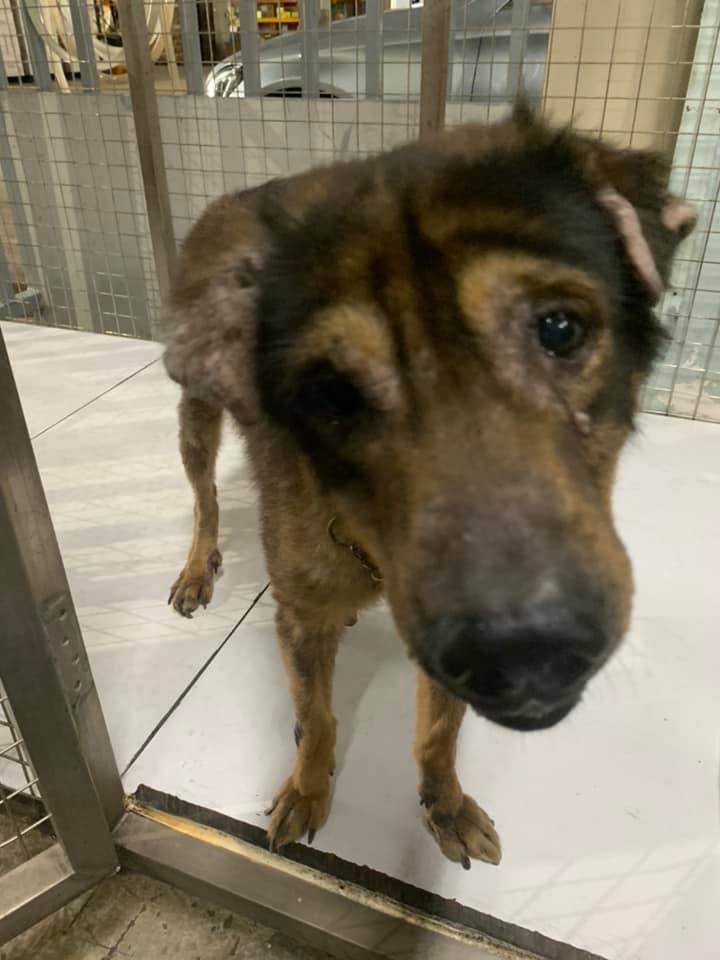 When rescuers took him out of his familiar space for the first time, the poor doggo appeared apprehensive.

As they released him from his cage, his legs shook from an apparent lack of use and possibly fear.

Stepped out into the open hesitantly

The further out they went, the more rescuers noticed the dog’s fears as he took in new sights, sounds, and smells.

Stepping into the elevator sent him shivering and hiding behind the rescuers’ legs, as they guessed that it must have felt like an extension of his imprisonment. 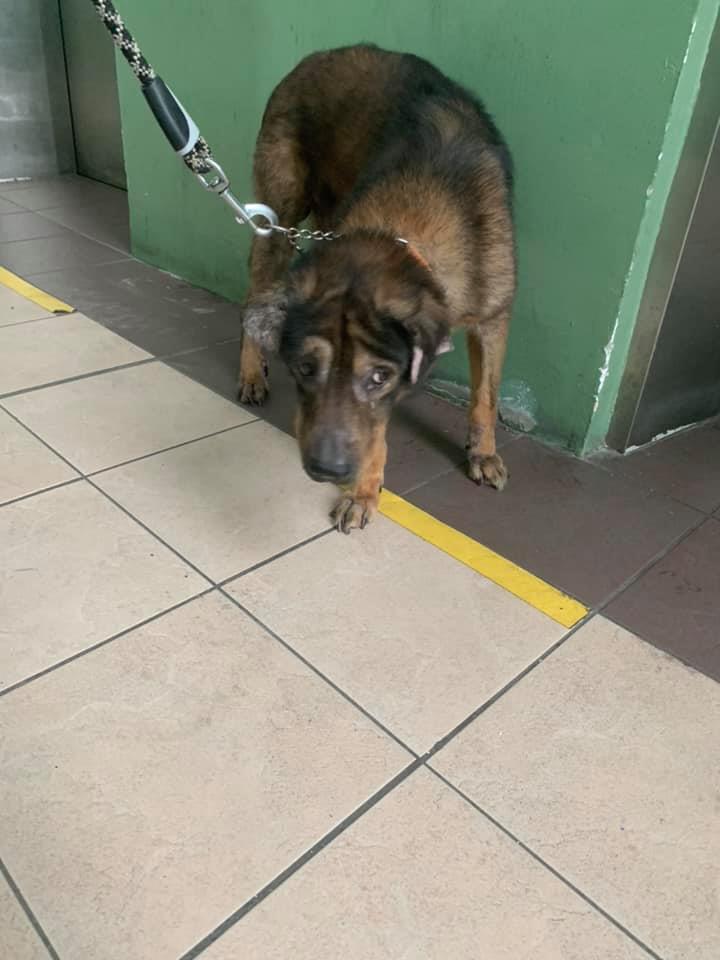 Having never seen glass in his lifetime, the sad doggo later knocked into one in confusion.

Rescuers had to almost push him out to see the vast and exciting world outside for himself. 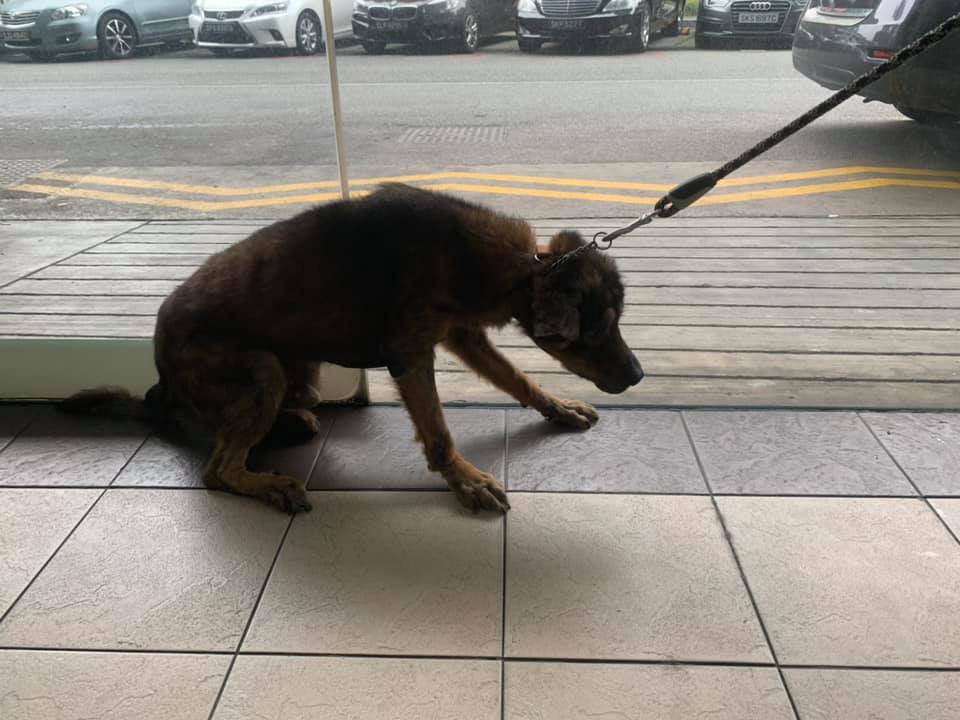 Urgently looking for adopters or fosterers

But once the doggo was out in the open, immense joy seemed to fill him, as he wagged his tail and licked his rescuers. 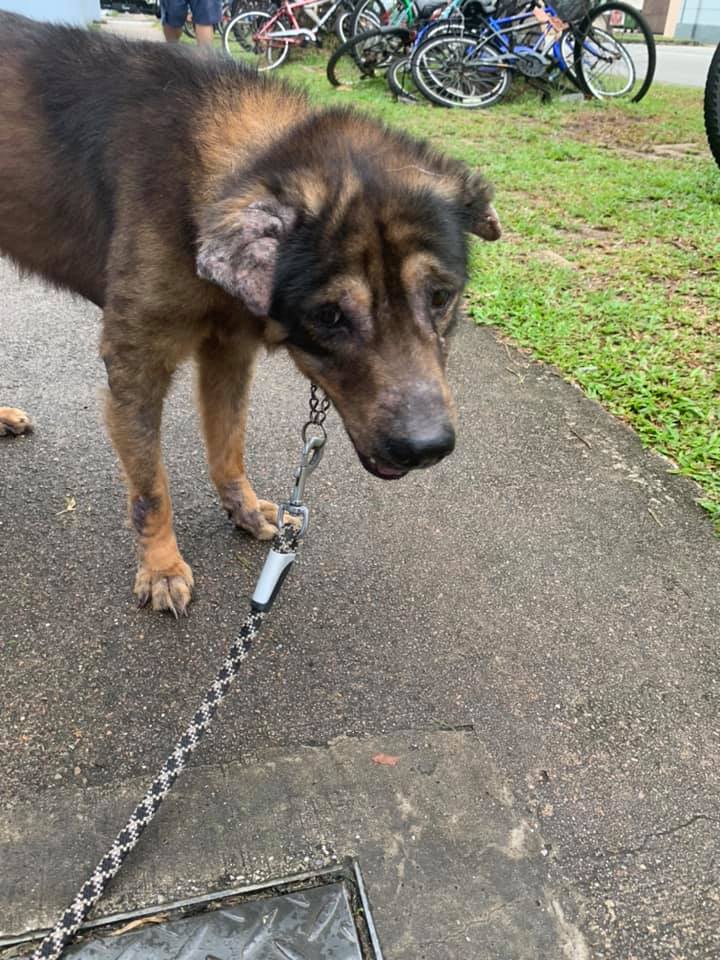 Hoping to give the canine a loving home, CDAS is now urgently looking for adopters or fosterers, who can “help bring the light back to his eyes”.

Give the senior dog a furever home he deserves

10 years trapped in a cage is not a life for any creature.

We’re glad the senior doggo gets the opportunity to lead a more fulfilling life — one that he truly deserves.